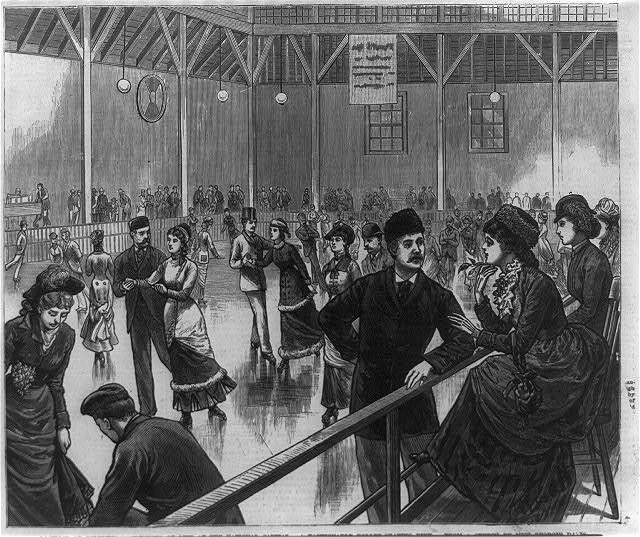 While processing collections, archivists often come across items that don’t directly relate to the collection at hand but which often provide a window into a different subject altogether.  One good example of this is from an 1888 Rockingham County chancery case.  Amid the various items in the case is an advertisement that reads: “Mr. John Christian, Champion Colored Fancy Skater of Virginia, will give an exhibition at 9:15.” Having never heard of “fancy skating,” I wanted to know more about the sport and who John Christian was. After a little research some questions were answered and others were not.

Roller skating became very popular in the 1880’s, and most towns had their own rinks where the general public could skate.   Industrial advances made this fad possible, allowing for average citizens to own their own skates. At its height, in 1885, it is estimated that $20 million of roller skates and related equipment were sold. Local newspapers seem to back up this trend. 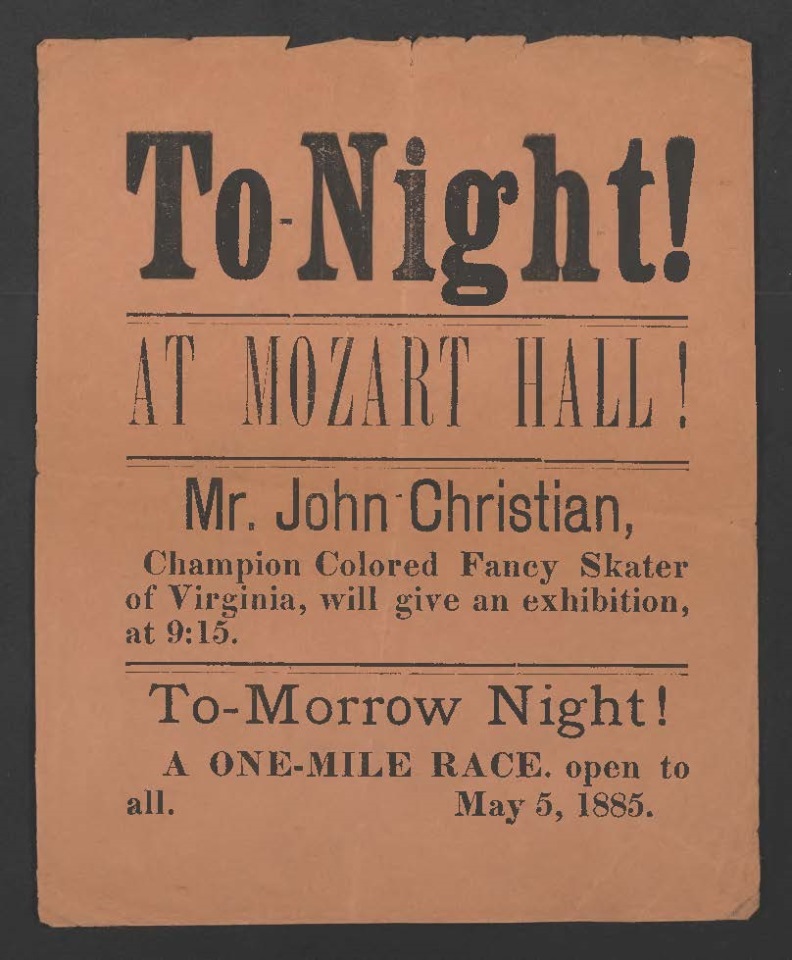 The People, a Harrisonburg newspaper, reported on 1 May 1885: “it is hard times, but the skating rink is furnished nightly with $30.00 houses.”  This new craze appeared to be popular with black as well as white citizens. It was also segregated. In the same issue of The People it was reported that “the colored people have a skating rink over Kavanaugh’s ten pin alley and a noisy place is it.” 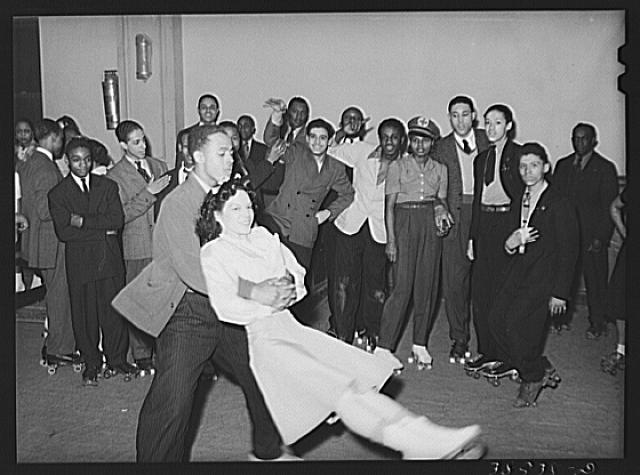 Besides providing a place where people could skate, these rinks also became venues for various kinds of acts including vaudeville-type performances and fancy skating, which consisted of individual performances on roller skates.

However, further information about Mr. Christian was more elusive. Harrisonburg newspapers did not yield any information on Christian or his performance in that town. Likewise a search of the Library of Congress’ Chronicling America: Historic American Newspaper Database only yielded information from the Roanoke Daily Times of 16 November 1889, stating that J.J. Christian of Christiansburg was performing there.

Similarly, a quick search of census records did not yield any conclusive information on Christian. Maybe he has relatives out there who can shed more light on his life and career? 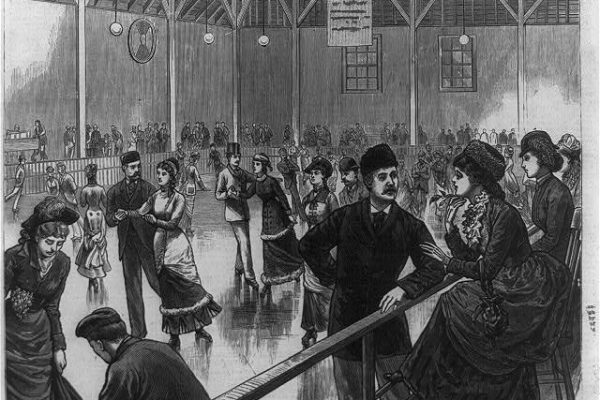 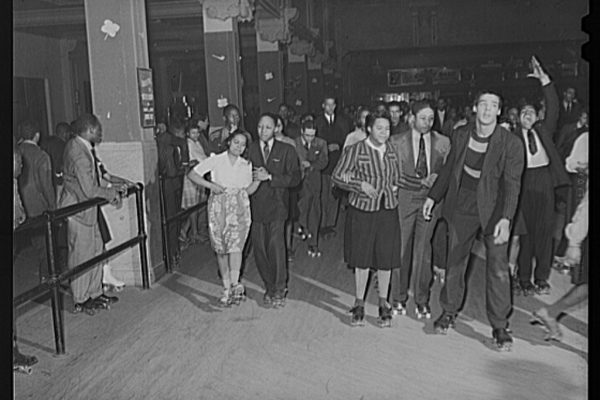