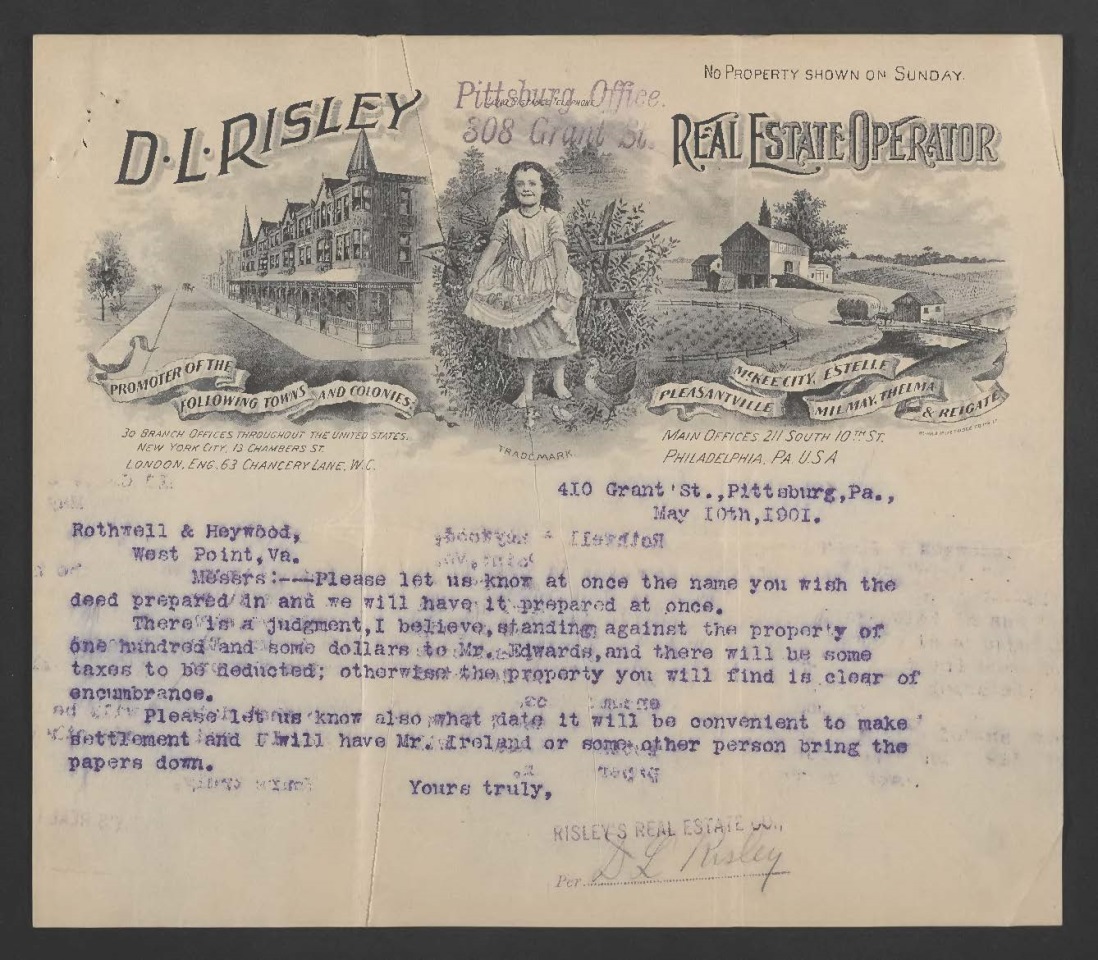 The Library of Virginia is pleased to announce that digital images for the King William County (Va.) Chancery Causes, 1868-1913, are now available online through the Chancery Records Index on the LVA’s Virginia Memory site. Because they rely so heavily on the testimony of witnesses, chancery causes contain a wealth of historical and genealogical information and are especially useful when researching local, state, social, or legal history. Chancery causes often contain correspondence, property lists (including slaves), lists of heirs, and vital statistics that are especially helpful in documenting the African American experience, family history, women’s history, and Southern business and labor history. Following are a few suits of interest found in the collection. 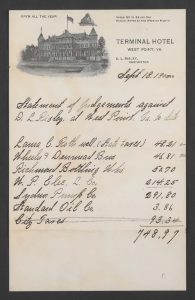 The King William chancery causes contain several suits which illustrate the experiences of Native Americans in the Tidewater region. The Mattaponi Tribe is represented in Chancery Cause 1895-002, George F. Custalow vs. James S. Robinson, Trustee. In the case, two members of the Mattaponi Tribe, Custalow and Austin Key, dispute ownership over a piece of land.  In Chancery Cause Walter Miles vs. Alice Miles, 1907-006, two members of the Pamunkey Tribe, living in Indian Town, head to the King William County court to seek a divorce. Walter Miles claimed that on 15 November 1904 he was called before the chiefs of the tribe to face a charge of seducing Alice Miles under the promise of marriage. Walter admitted to a relationship with Alice but denied that there was ever any promise of matrimony. After being threatened with prosecution and expulsion from the tribe, Walter gave in and married Alice on 17 November. In seeking his divorce, Walter claimed that the child Alice gave birth to could not possibly be his as it was born a mere five months after their affair. Walter was granted his divorce in 1907.

The King William chancery causes are also a valuable source for African American history. Chancery Cause 1888-016, George W. Washington vs. J. B. Slaughter, Trustee, etc., is an unfortunate example of how African Americans were systematically denied civil rights as  Washington, a former slave, fought for the ownership of property he had always believed to be his. Freed in 1845 by the will of Eleanor W. Hales, Washington had to choose a new owner “for his protection” if he wanted to remain in Virginia. Washington chose William Robinson, and Benjamin Robinson “inherited” Washington after his father’s death. Washington lived his life as a free man, keeping any wages earned for his own use. 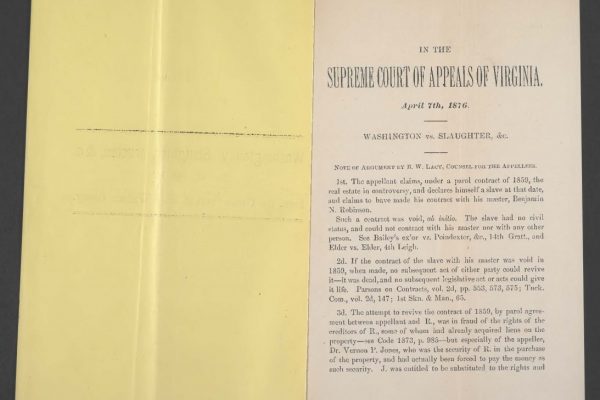 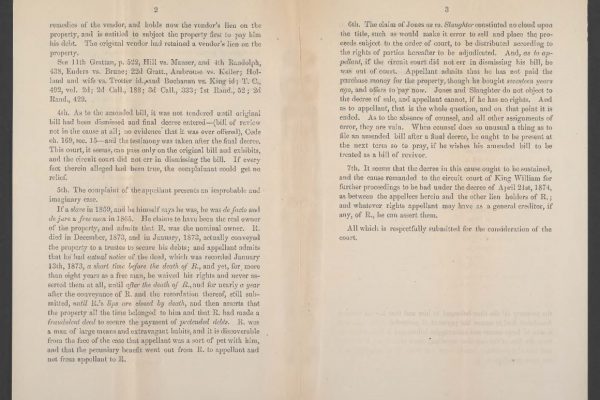 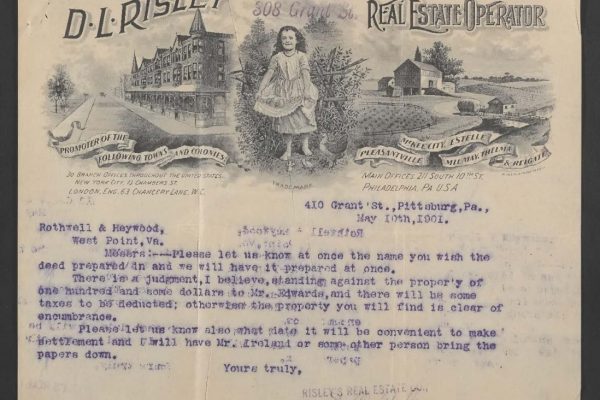 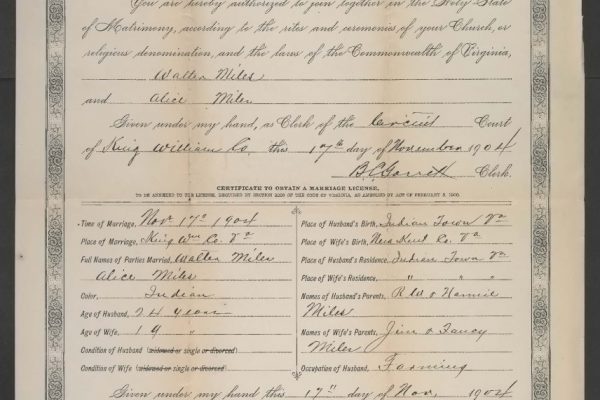 In 1859, Washington and Robinson purchased a piece of land that Washington believed to be his even though the deed was in Robinson’s name. Washington only left the land during the Civil War when he fled to Richmond. Upon his return, Washington found his property had been ruined by Union and Confederate troops. He repaired the property at his own expense, and then partnered with James Harris to operate a bar and restaurant on the premises. In January 1873, Benjamin Robinson deeded the property away as a lien for a debt and then died unexpectedly in December of that same year. George Washington attempted to halt the sale of his property and filed a suit in the King William courts. The case took ten years to settle and went all the way up to the Virginia Supreme Court of Appeals, where it was ultimately decided that in 1859 Washington was a slave with no civil rights and was therefore incapable of entering into any type of contract with anyone. The final decrees in the case show that the land was then purchased by someone other than Washington.

The King William County chancery causes are also full of political intrigue and scandal. Two separate suits, 1886-025 and 1888-010, allege fraud during a town council election in 1886. In 1902-015, Robert S. Ryland vs. County of King William, etc., Ryland fights criminal proceedings brought against him for embezzlement of funds while he was serving as county treasurer. He accused Burnley Taylor, Commission of Revenue, of fraudulently miscopying the land and property books he used as treasurer.

The King William County Chancery Causes, 1868-1913, join the growing list of localities whose chancery causes have been digitally reformatted and made available through the LVA’s innovative Circuit Court Records Preservation Program (CCRP), which seeks to preserve the historic records of Virginia’s circuit courts.