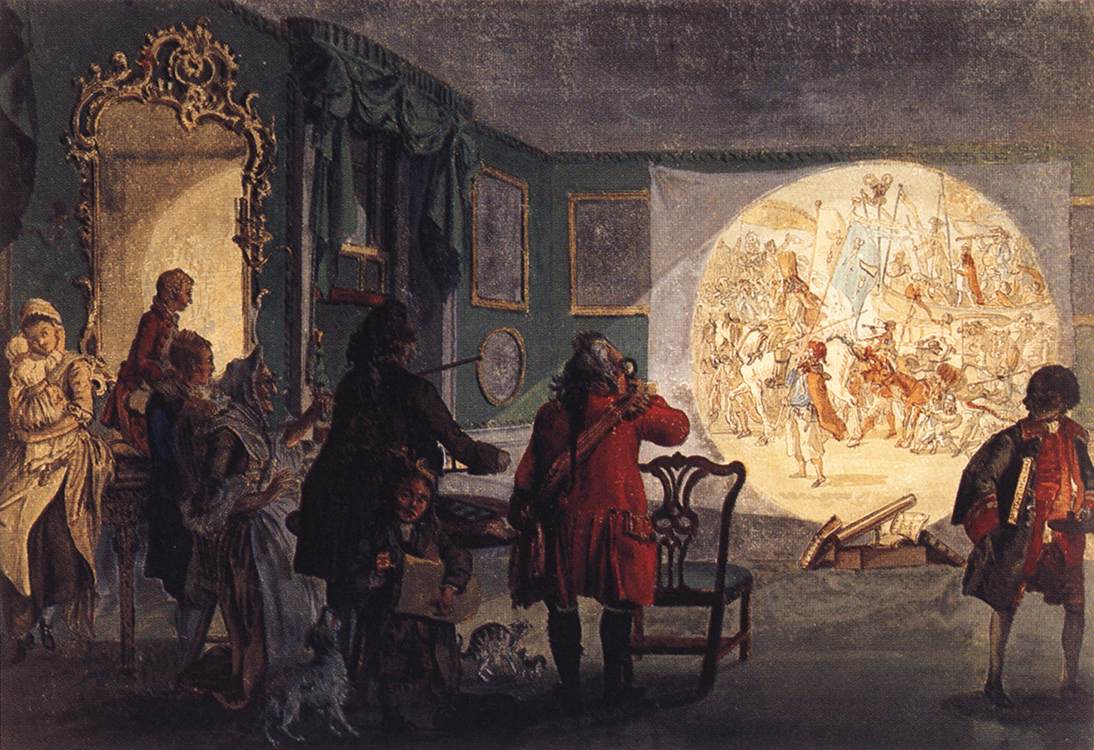 Sometimes what starts out in fun can turn into a deadly accident.  That’s exactly what happened on 5 September 1894, in Bedford County, Virginia, when John Robinson decided it would be amusing to play a prank on some friends. 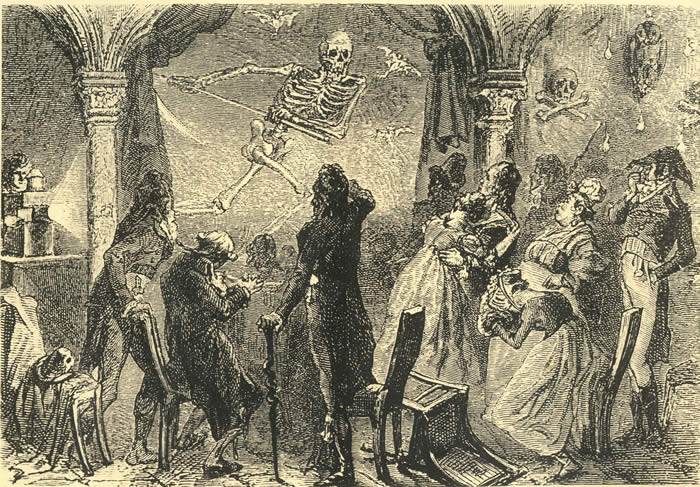 The friends had attended a magic lantern show held at the “Negro church” in Montvale, Virginia, and it was after the show that John Robinson devised his idea for a prank. Bud Anderson was there that night and told about the events that led up to the incident. “The show closed at 10:15 P.M. I stayed a few minutes afterwards and went with Bob Rosebrugh and met [Robinson] on the railroad crossing.” Robinson had “proposed a plan to scare Hunter Clark and John Minter, who had gone home with the Flood girls.” He shared his plan with Anderson and Rosebrugh, who told him, “I’m afraid Hunter Clark will shoot.” Not to be deterred, Robinson left for “some minutes” and returned with a rope and white garment.

Robinson took the rope and garment and crossed the creek “by the Bluff Road.” Some 20 minutes later, Anderson and Rosebrugh heard four pistol shots.

Hunter Clark was able to fill in the details about the prank that went horribly awry: “Just before we got to the creek at Rice’s Mill, I ran against a white garment tied to a rope which was stretched across the road, the rope flew up and struck my hat.  I drew my pistol and fired three shots at random in direction of the bluff with my back towards the creek.”  Afterwards, Clark untied one end of the rope from a sapling, while John Minter undid the other end. Then they heard another pistol shot, presumably fired by John Robinson. Clark claimed the ball passed between them, so he turned and fired again towards the bluff.   Minter exclaimed, “I was badly frightened as Hunter was also.” Hunter said he went home to bed and did not learn that Robinson was wounded and killed until half an hour later.  He claimed, “I never had a cross word with deceased in my life.”

The body of John Robinson was discovered lying on the side of the bluff with no pistol in sight. The jurors called in to conduct the coroner’s inquisition ruled that Robinson came to his death from a wound inflicted from a .32 caliber pistol in the hands of Hunter Clark. Clark, believed to be “in fright,” was determined to have discharged his pistol “promiscuously.” 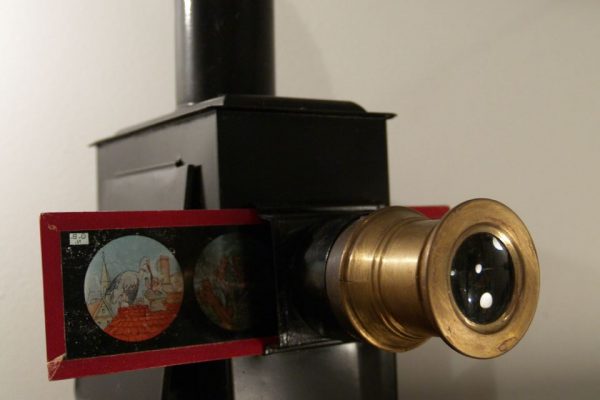 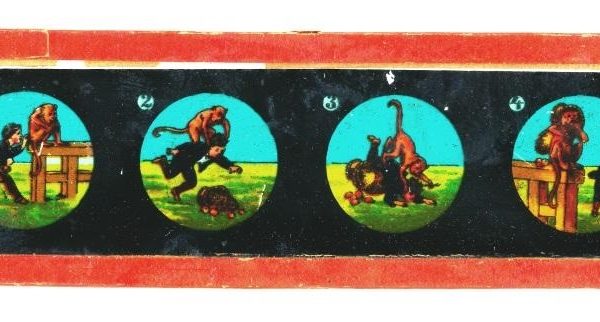 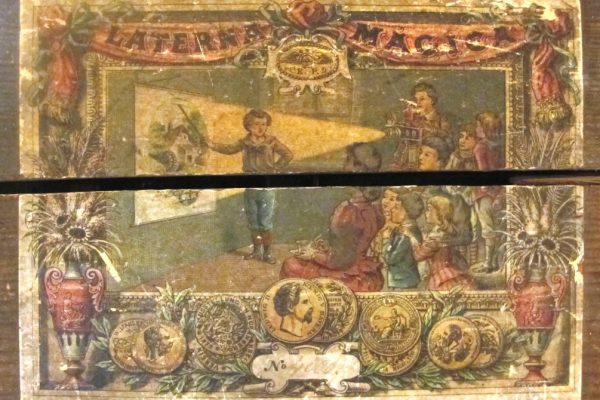 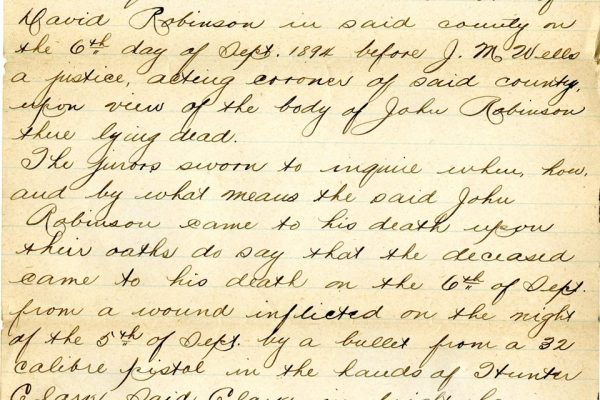 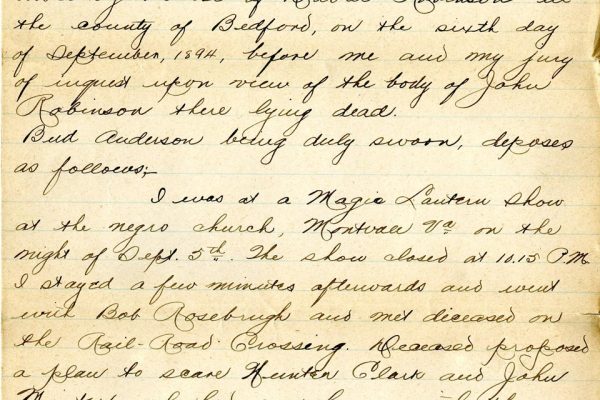 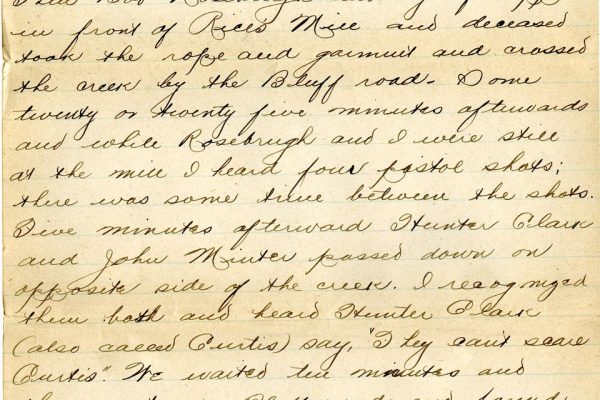 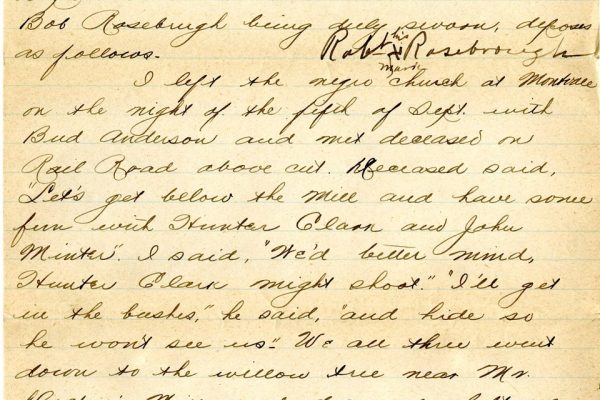 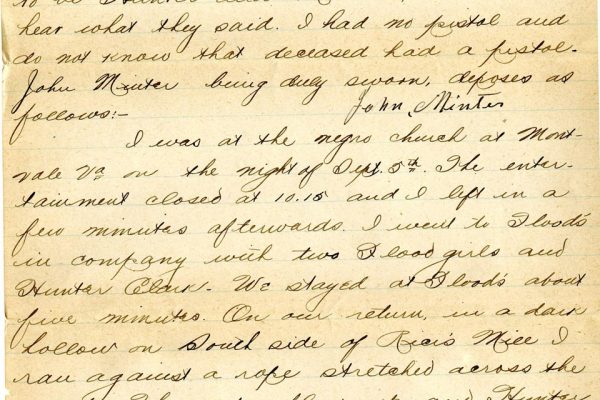 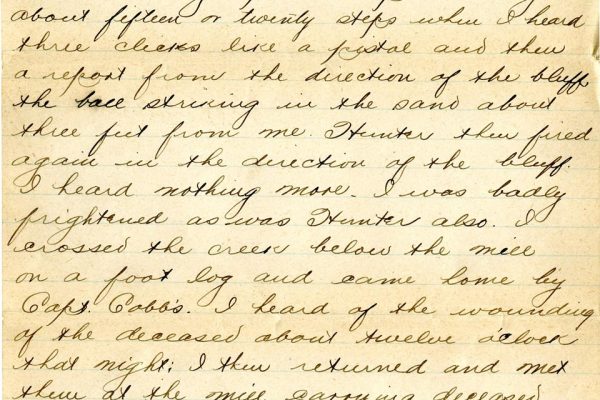 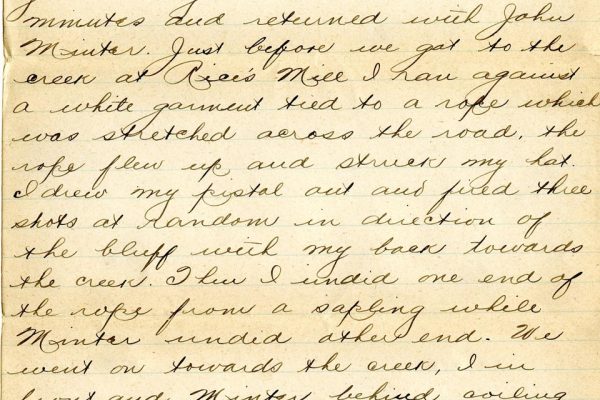 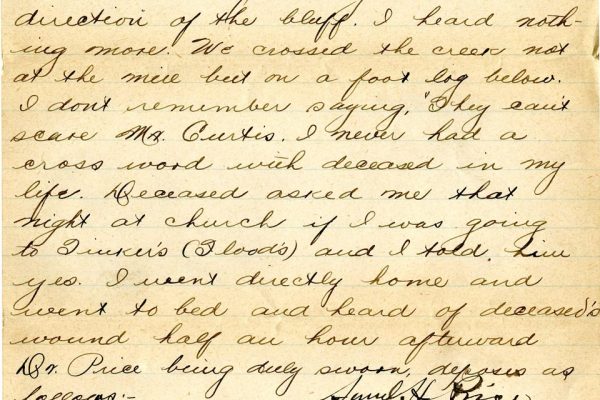 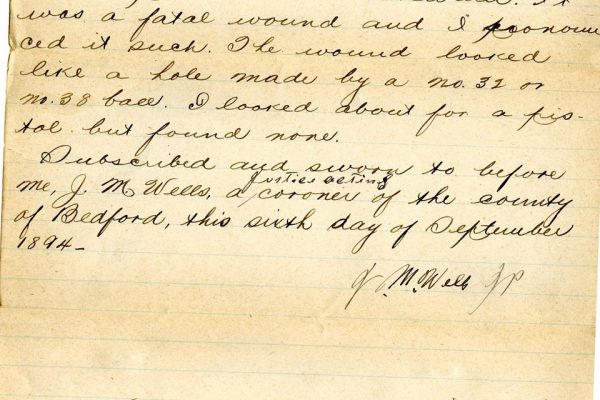 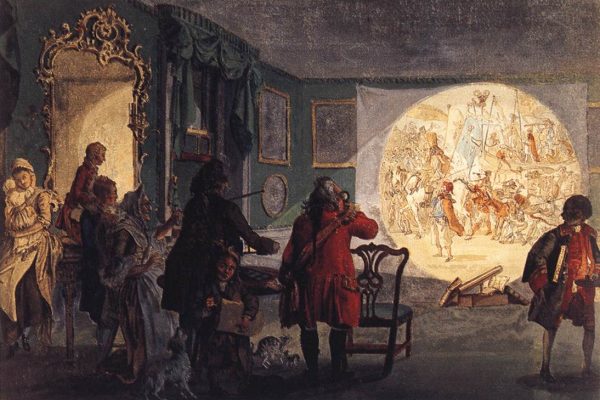 The testimony and investigation into the death of John Robinson, dated 14 November 1894, can be found in the Bedford County (Va.) Coroners’ Inquisitions, 1813-1899.  The collection is available at the Library of Virginia and is open for research.

While writing this post, I was intrigued by references to the magic lantern show. The magic lantern was a forerunner of the moving picture projector and could be used to project moving images, which was achieved by the use of various types of mechanical slides. These lanterns were a popular form of entertainment in the second half of the 19th century and were frequently combined with live music, drama, and comedy to create the magic lantern shows. Today, antique magic lanterns and related ephemera are highly sought-after by collectors.