The Library of Virginia is pleased to announce that the final batch of digital images of legislative petitions to the Virginia General Assembly, 1776-1865, is now available on Virginia Memory, the Library of Virginia’s digital collections website. The list of localities added includes present-day West Virginia and Kentucky counties and numerous localities classified as Lost Records Localities.  With this addition, the number of legislative petitions available online number over 24,000.

Legislative petitions are one the few primary source documents that provide valuable insight concerning the plight of Native Americans during the late 18th and early 19th centuries. In reading them, one will discover the depth of poverty and disease Native Americans experienced in Virginia.  An example can be found in a petition filed in October 1786 by Simon and John Turner of Southampton County asking the General Assembly for an act appointing trustees to join them in the conveyance of land owned by the Nansemond Indian tribe located on the north side of the Nottoway River. They introduced themselves as the “only surviving men of the Nansemond Indians.” Proceeds from the sale would be used to bring relief from “bodily infirmities” and oppressive poverty for the last of the Nansemond tribe, the two petitioners and three women, who currently resided with their friend and neighbors in the Nottoway tribe. The Turners informed the General Assembly that “without this timely relief we must drag on a wretched existence to the end of our days.” 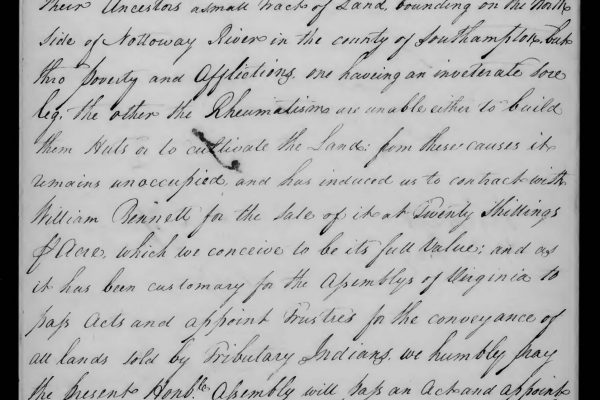 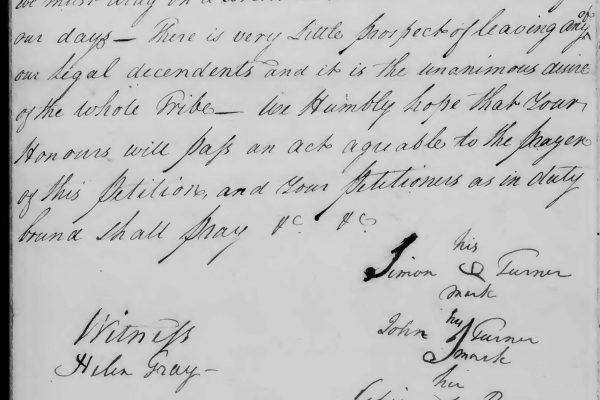 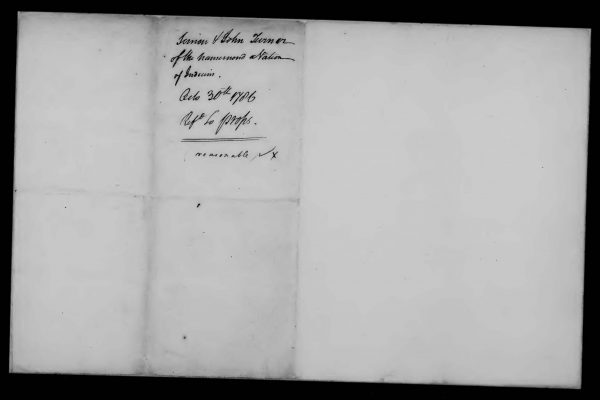 Legislative petitions found in King William County and Northampton County document efforts by white inhabitants to take land from Native Americans. The white petitioners argued that Native American lands had become havens for free blacks and mulattos. In a King William County petition filed in 1843, white citizens expressed their fears concerning the large number of free blacks and mulattos who had settled on lands owned in the county by the Pamunkey Tribe. They posed a dangerous threat to the “large slaveholding community” in the county. To remove this threat, they wanted the General Assembly to sell the Pamunkey land. As far as the few remaining Pamunkeys and their claim to the land, the white citizens stated emphatically that the “claims of the Indian no longer exist. His blood has so largely mingled with the negro race as to have obliterated all striking features of Indian extraction.” The white citizens of Northampton County filed similar legislative petitions concerning the lands of the Gingaskin Tribe. Read about these petitions in an earlier blog post. 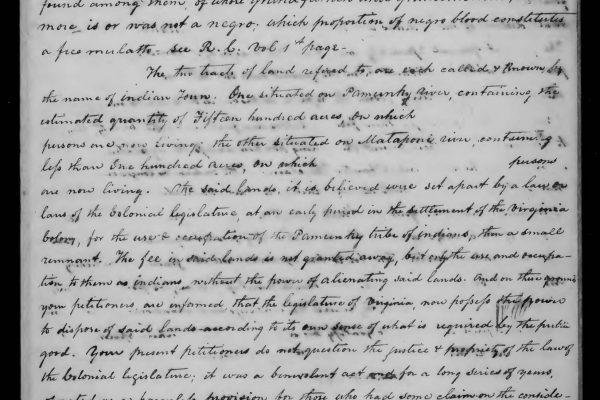 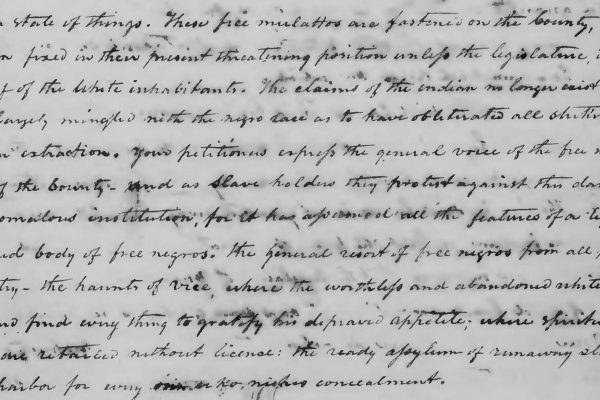 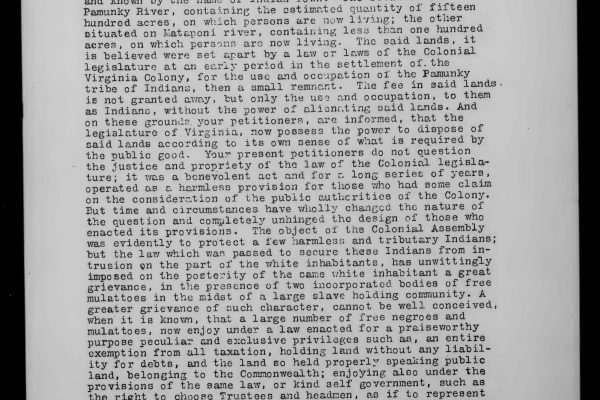 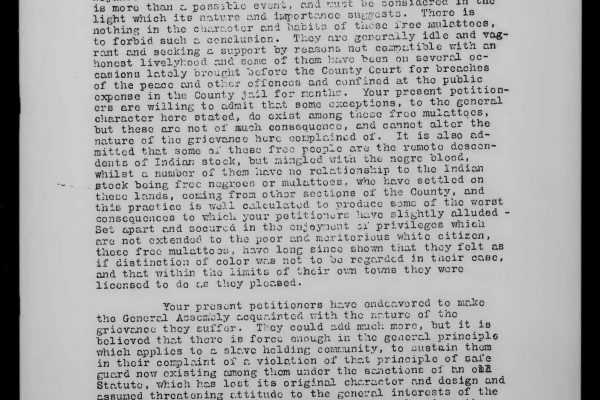 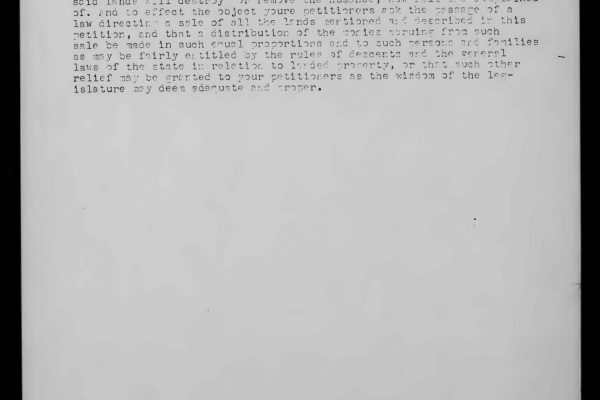 The Legislative Petitions project began 15 years ago through the efforts of State Records Archivist Craig Moore.  Craig, on his own initiative, created an on-line database that indexes the legislative petitions.  In late 2012, the Library partnered with Backstage Library Works in Bethlehem, Pennsylvania, to digitize the collection straight from the microfilm which was created in-house in 2002.  Over the past 18 months, Library staffers took the 150,000 digital images, united them with Craig’s database entries, and added them to DigiTool – the Library’s digital asset management system.  Unfortunately, Craig did not live to see this project completed.  After his death in 2013, a group of Craig’s friends and colleagues at the Library completed the remaining work.  Through the efforts of Sonya Coleman, Erin Faison, Kathy Jordan, Rebecca Morgan, Jenny Rogers, and Jason Roma, this valuable resource, first envisioned in 1999, is now complete and freely available to the public.