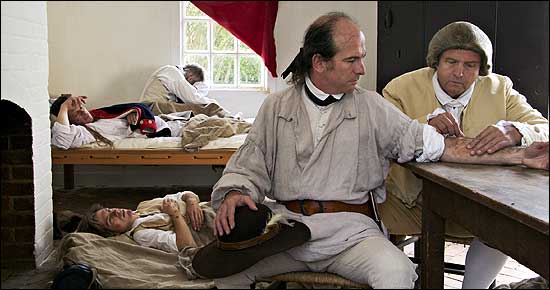 A Different Kind of Local Record

Smallpox is an infectious disease caused by two variants of a virus—variola major and variola minor. Since smallpox was certified as eradicated by the World Health Organization (WHO) in 1979, it has managed to make its way back into the news. Vaccination has become a hot button topic among parents. As a nation, free from epidemics and pandemics, we have become suspicious—sometimes with the perceived risks of vaccination outweighing the advantages.

Without a large-scale and successful vaccination program, however, smallpox would still be claiming lives. During the 20th century alone, an estimated 300-500 million people worldwide were victims of this deadly disease.

Since the September 11th terrorist attacks, the concerns about using lethal viruses, like smallpox, as weapons of bioterrorism have become all too real. The Centers for Disease Control and Prevention (CDC) traveled to New Mexico and the College of Santa Fe’s Fogelson Library in 2004 and the Virginia Historical Society in Richmond in 2010 to remove and study smallpox scabs found in their collections. Smallpox scabs could contain the live virus. In these cases, the virus was no longer live but the scraps of DNA found allowed researchers to expand their knowledge of the evolutionary history of the smallpox virus. Under President George W. Bush’s administration, a new policy to make the vaccine available to every American was instituted. As the scientific community continues to come up with newer and safer vaccines, the original stocks found and contained in the United States at the CDC and in Russia’s VECTOR lab will help with continued testing.  Just last week, two vials of the smallpox virus, dating from the 1950s, were found in an abandoned storage room at the National Institutes of Health—raising questions about the survivability of the disease once again.

While the Library of Virginia doesn’t have any smallpox scabs in its archival collections, its Local Records collection contains many interesting items related to the history of this epidemic in Virginia. Smallpox is spread by close contact with the sores or respiratory droplets of an infected person. The course of the disease, from respiratory tract infection to the loss of all scabs, usually lasts one month. It is common knowledge that survivors of smallpox become immune to the disease.

However alarming and threatening the disease was, 18th-century Virginians did not face smallpox unarmed. Two very effective weapons used in the fight were isolation and inoculation. As early as 1779, Louisa County was dealing with a smallpox outbreak among its poor families (Barcode 1153167). By 1792, Virginia’s General Assembly enacted very strict laws governing the practice of inoculation. The new act required a license from the county court to administer vaccinations. It also included a penalty of $1,500 or six months’ imprisonment for anyone willfully spreading smallpox in a manner other than that specified by the act. An incident occurred on 2 July 1799 in Brunswick County regarding a local doctor inoculating patients at the White Oak Grove Hospital. (Barcode 1208256.)

Inoculation, sometimes referred to as variolation, involved the deliberate infection of a non-immune individual with fresh matter (live virus) taken from a ripe pustule or scab from the smallpox sufferer. The material was then introduced on the arms, legs, or through an incision on the hand. For reasons that continue to elude experts, the inoculated smallpox was milder than the “natural” form of the disease. Despite a safer vaccine developed in the 19th century, inoculation was oftentimes used into the 20th century.

Vaccination is less risky; it involves using the related but less harmful vaccinia virus. An early example of this process is outlined in a smallpox vaccination report from the City of Lynchburg dated 4 June 1838 (Barcode 0007515507). Like the inoculation process, scabs were used to transmit the live virus from “arm to arm.” Unlike inoculation, however, the recipient does not acquire a lifelong immunity. Whether infected naturally or deliberately, an individual would then need to be quarantined so as not to spread this highly infectious disease. Contaminated bedding and clothing could also spread the disease and required special handling.

By 1829, Chesterfield County established a smallpox hospital (Barcode 1045957) and records found in Cumberland County discuss the spread of the disease. This disease was not taken lightly. In 1836, Prince Edward County also established a smallpox hospital (Barcode 0007416950). In Giles County, the justices of the county issued the county sheriff a mandate (known as a smallpox warrant) to stop smallpox from spreading—by means such as imposing a mandatory quarantine (Barcode 1117624). There were smallpox cases reported in both Chesterfield and Cumberland counties in 1837 and Amelia County in 1838 (Barcode 1160450). Cumberland County records outline the procedures followed: commissioners were appointed, physicians employed, and authority granted to use the county’s poor houses (Barcode 1156173). Beginning in 1840, Powhatan County presented accounts in court related to the claims regarding smallpox at the hospital and money collected from the owners of slaves (Barcode 1186841).

Outbreaks occurred in Amelia County in 1848 and in Louisa County’s State Hill Gold Mine in 1852. Claims and cases are cited in Cumberland County from 1854 to 1858. There were also epidemics in Dinwiddie County in 1856 and Sussex County in 1857. During the Civil War, Lunenburg County established a smallpox hospital (Barcode 1202259) and Amelia County suffered another outbreak. Houses were designated for cases of smallpox in the Atlantic Township of Accomack County in 1872 (Barcode 1121846). In 1873, instructions were given to officials on how to handle an outbreak of smallpox in Fauquier County’s Centre Township (Barcode 1107009). Between 1873 and 1875, a smallpox hospital was established in the City of Petersburg. 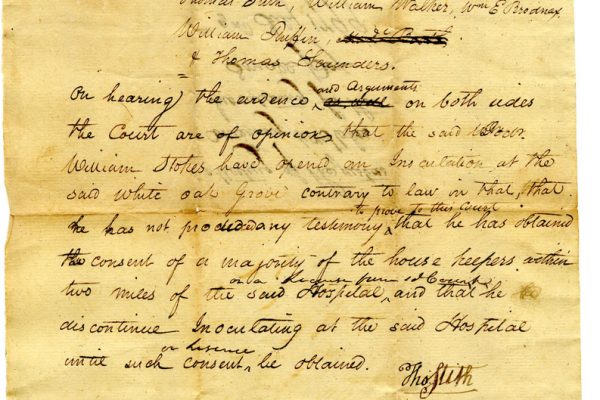 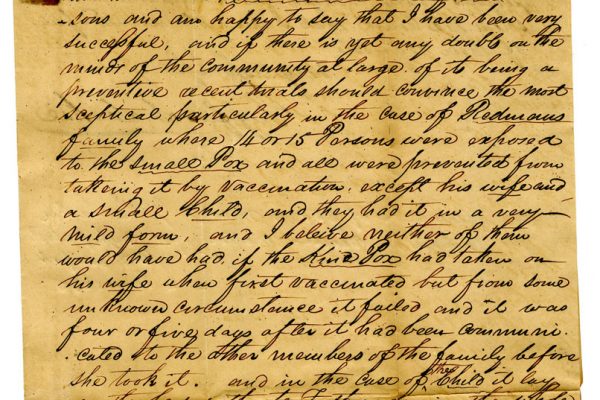 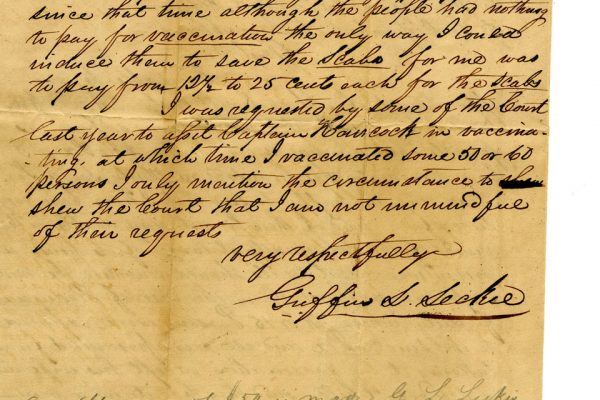 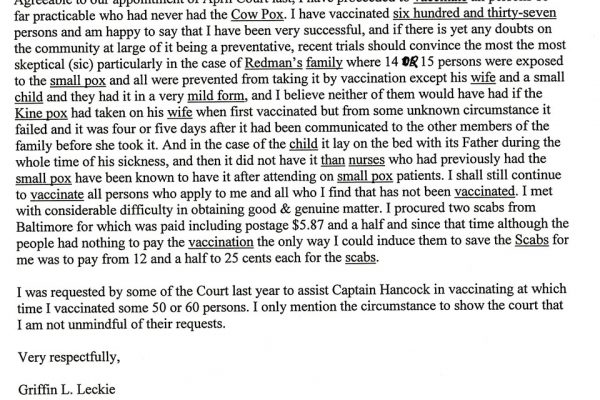 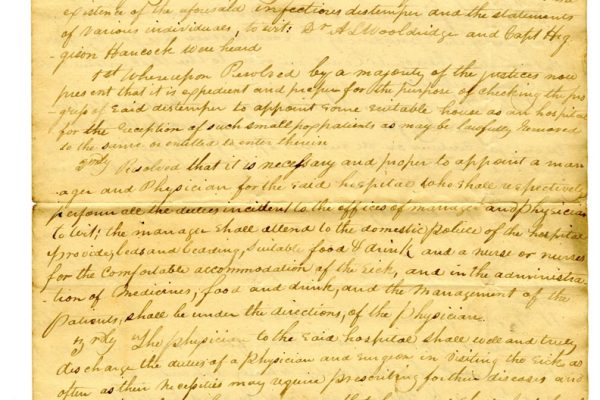 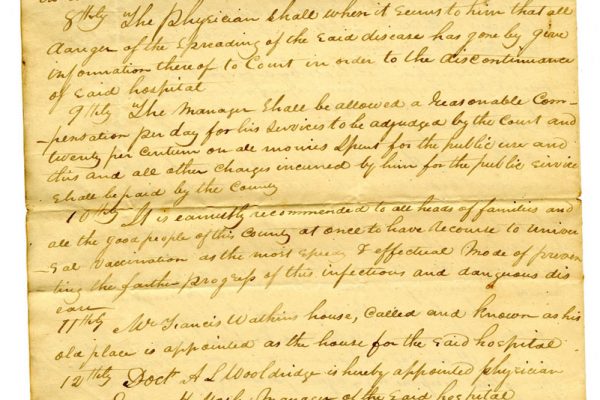 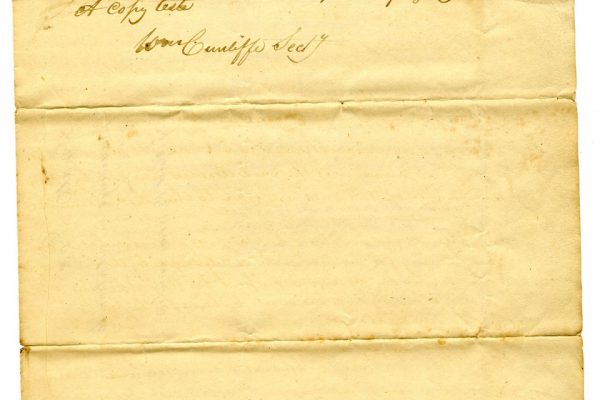 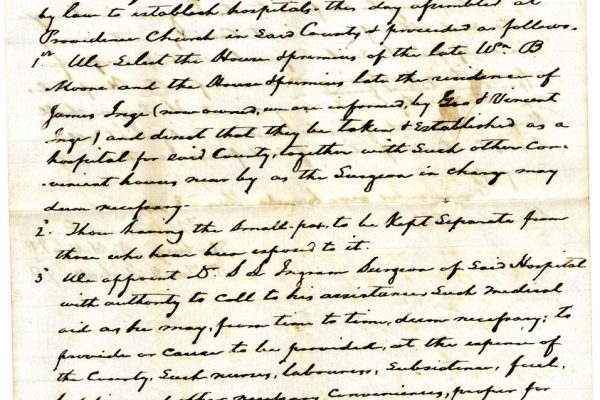 Reports on cases of smallpox 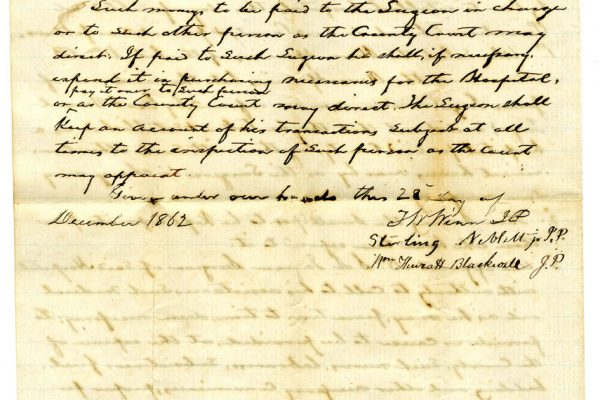 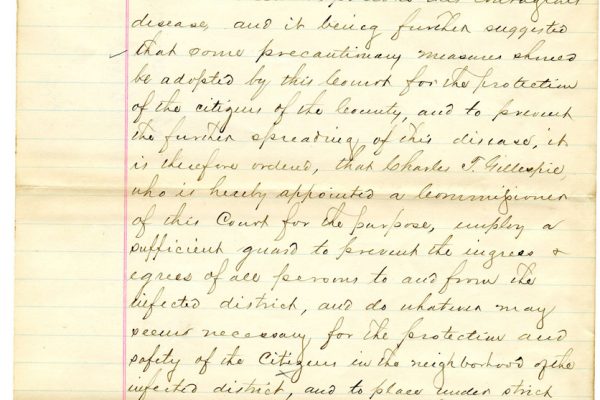 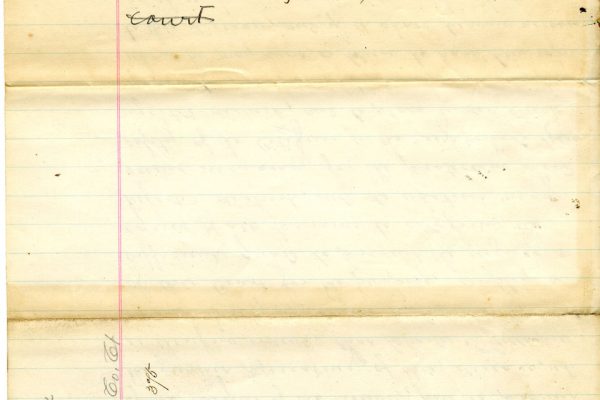 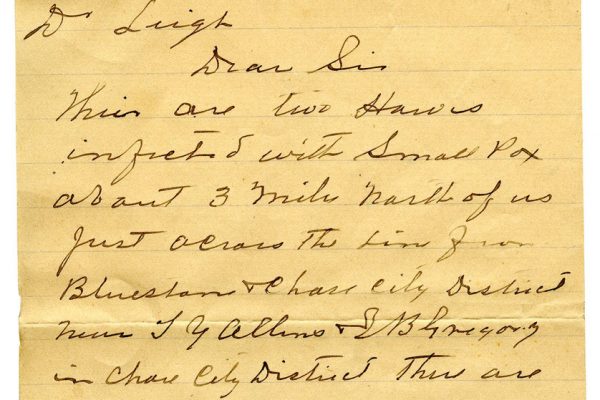 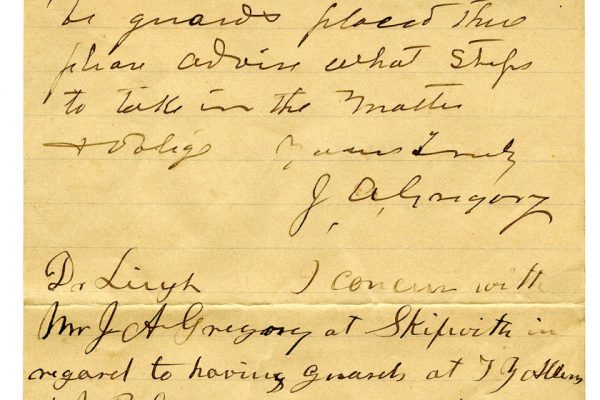 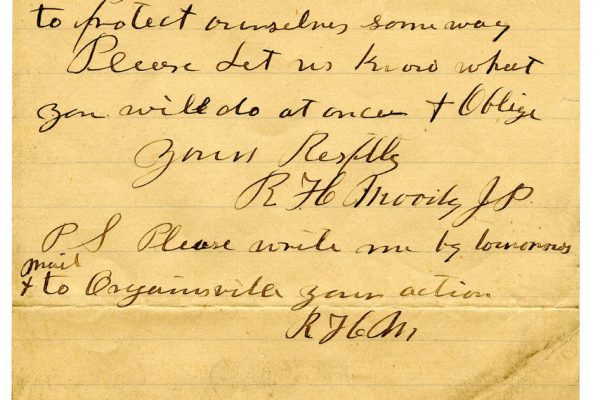 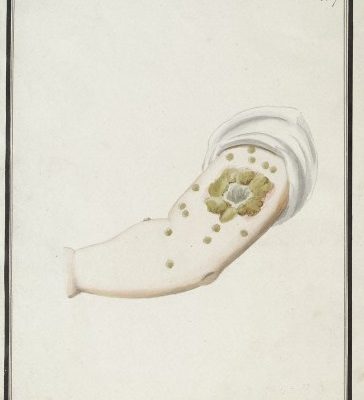 There was a deliberate quarantine of individuals in Louisa County in 1880. Mathews County established a smallpox hospital in 1882 (Barcode 1208352). In 1883, Lancaster County noted the claims and accounts of their hospital (Barcode 1047396) and Tazewell County documented the entire process needed to combat the disease (Barcode 1047396). A case of smallpox was confirmed in Powhatan County’s Clay Works facility in 1894. A thorough report was given by doctors involved in treating the case (Barcode 1186842).

In February 1900, the proceedings of the Board of Health of Rockbridge County indicated that there were 71 confirmed cases of smallpox. Documents indicated the steps taken, including drawing quarantine lines and posting guards (Barcode 1124047). On 7 March 1900, the General Assembly voted to amend legislation providing for the appointment of a state board of health and local boards of health to allow a local board of supervisors chair, with the approval of two members of a local board of health, to make certain contracts for the removal and quarantine of parties suspected of smallpox, or for compulsory vaccination. The Craig County Board of Health Minute Book, 1901, contains minutes of three meetings of the Board, January-March 1901. The minutes document efforts to employ guards to prevent the spread of smallpox, to enforce compulsory vaccinations, and take other measures as allowed by the General Assembly’s act. The minutes also document the appointment of physicians to take charge of smallpox patients (Barcode 1208470).

The town of Pocahontas in Tazewell County noted expenses incurred from 1901 to 1902 on account of smallpox (Barcode 1180880). From 1903 to 1906, a judgment suit was brought by a local business, Yancey Bros, against Louisa County for damages and loss growing out of the county’s smallpox cases. The suit was eventually heard by the Supreme Court of Appeals in Richmond. A letter from Mecklenburg County (Barcode 1180855) in 1904 outlined the necessity for quick action.

Should this scourge ever re-emerge, these records along with any additional physical evidence found in archives can offer great insight into how we can best defend ourselves.