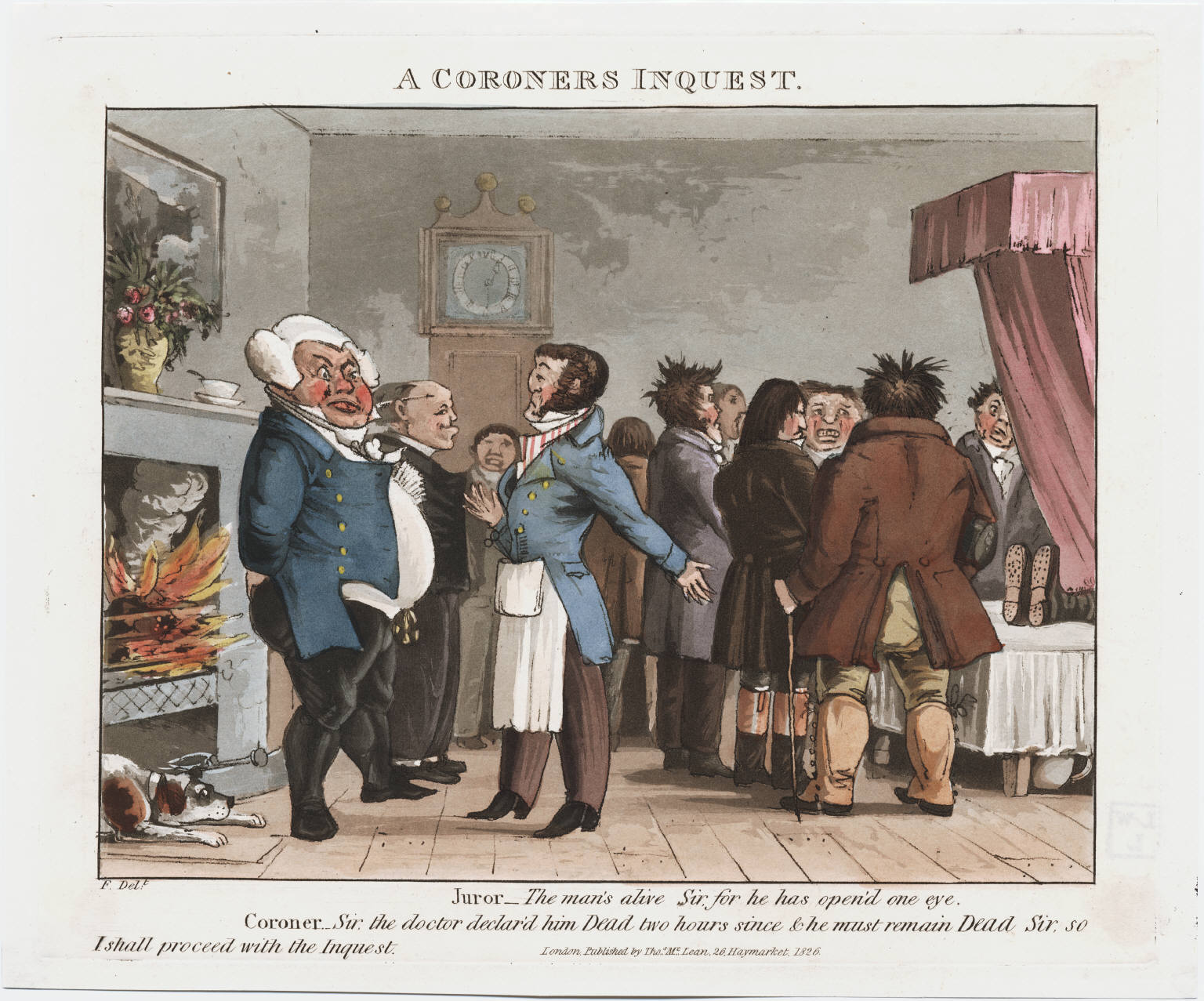 A recent episode of BackStory With the American History Guys entitled “On The Take” addressed the topic of corruption in American politics and government. Host Brian Balogh interviewed legal scholar Nicholas Parrillo, who pointed out that, in an effort to prevent such corruption around the turn of the 20th century, government officials’ salaries were often paid through the fees and fines that they levied. Essentially, they were paid on commission. Some coroner’s inquest records from Bedford County recently brought that practice to light.

On 30 May 1890, jurors selected to inquire into the death of James Brown, a resident of Bedford County’s Big Island, were stumped. After reviewing the evidence, half of the jury thought that the deceased came to his death by poison, and the other half thought the cause of death was unknown.  They all agreed on one thing –that Brown had shown symptoms of having been poisoned, and they wanted his stomach analyzed.

Apparently, what they wanted was expensive and somewhat complicated. State Assayer and Chemist Dr. William H. Taylor wrote from his laboratory at 606 E. Grace St. in Richmond, Virginia, a letter that described exactly how much it would cost and what he would need. He explained that the fee for the stomach analysis was $200, and that the State would only cover $25 of the cost, and that “there is no salary to my office of State Chemist, but I must look for pay to those who employ me.” As a result, Dr. Taylor said the County would be responsible for the remaining cost and that he “must have the written promise of the Board of Supervisors that the $175.00 will be paid.” Furthermore, if the decision was made to proceed, strict instructions needed to be followed: “…have the stomach put into a clean jar and about half the liver in another jar, and send them by a messenger (not by express), who must deliver them to me in person. Let him also bring the guarantee of the Board of Supervisors that they will pay the $175.00. Also send particulars of the symptoms of the illness of deceased.” 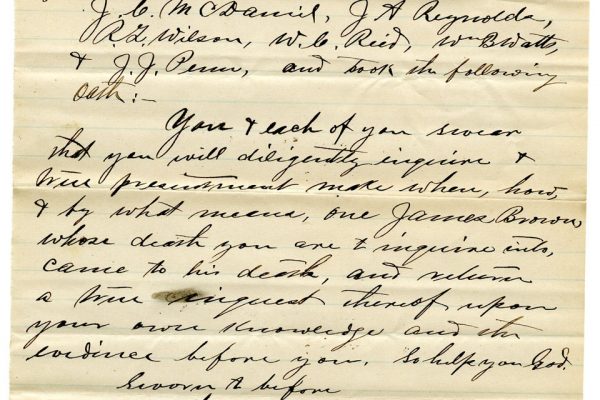 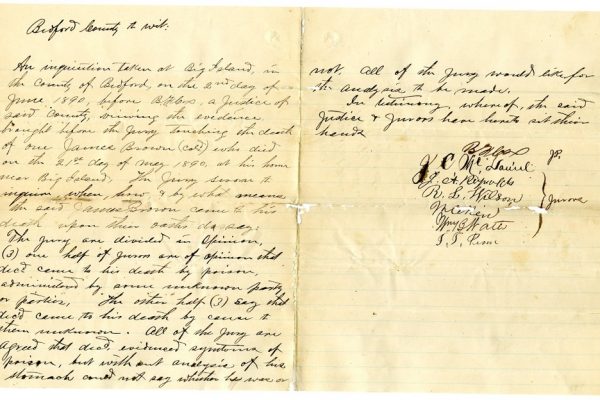 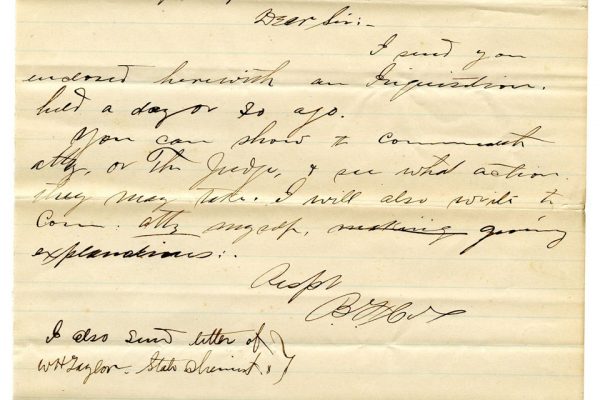 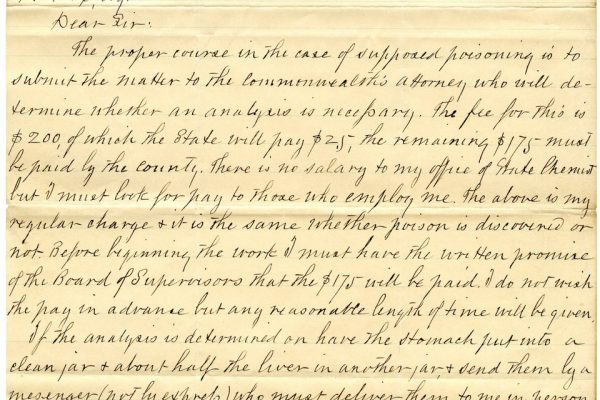 A letter dated 3 June 1890 from Justice of the Peace B. G. Cox to Clerk of the County Court R. S. Quarles, advised that he enclosed the Coroner’s Inquisition requesting that Brown’s stomach be analyzed.  “You can show it to the Commonwealth Attorney or the Judge and see what action they may take. I will also write to the Commonwealth Attorney myself giving explanations.” A postscript mentioned that he was also enclosing Dr. Taylor’s letter.

Unfortunately, we never learn what really happened to James Brown. This record gives no further information as to what was decided about having his stomach analyzed.  Due to the cost involved (the 2014 equivalent of $175 would approximately be $4,487.18), it seems likely that the mystery of his death is a cold case that remains unsolved.  Likewise, we’ll never know if Dr. Taylor was able to pay his rent in July 1890.