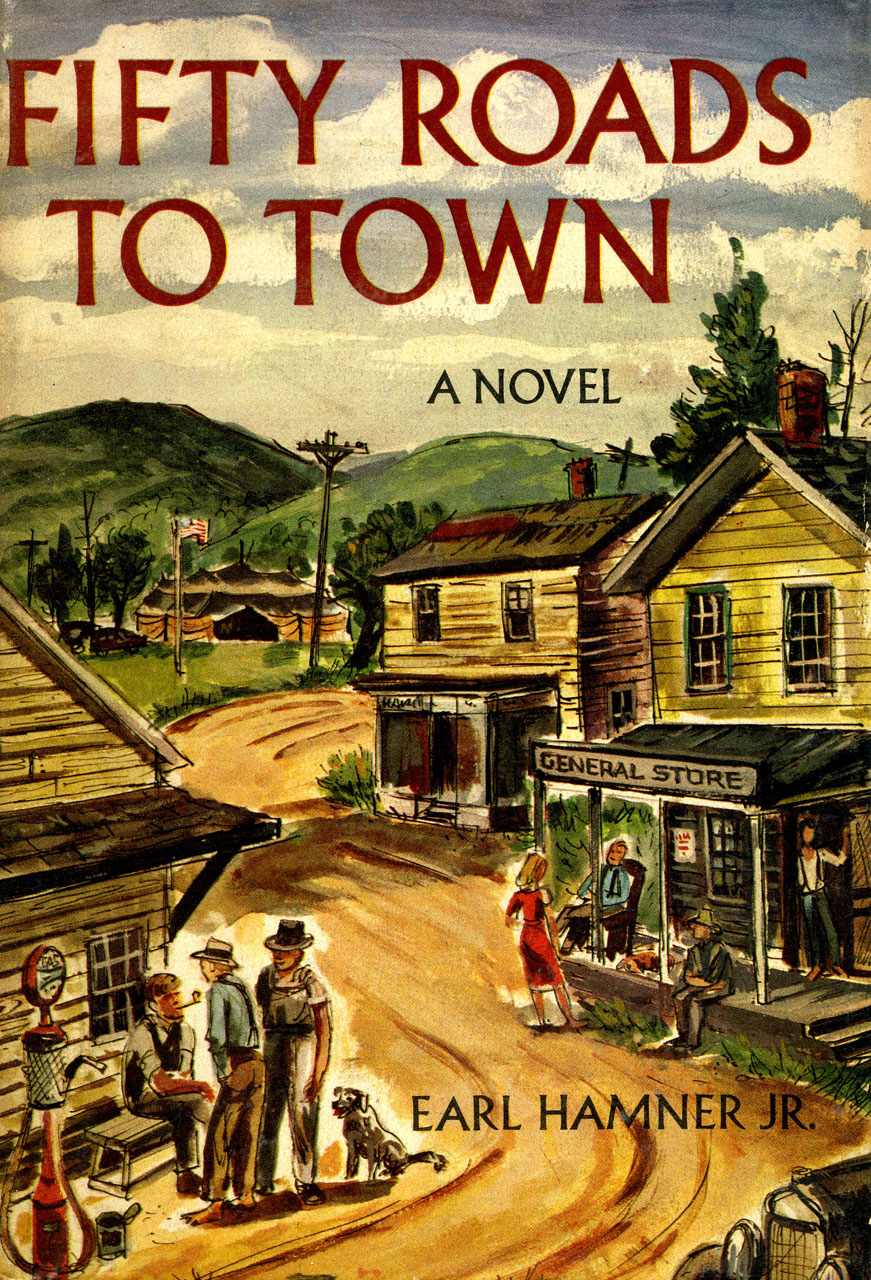 The papers of Earl Hamner, Jr., creator and writer of the popular television series The Waltons, are now available for research at the Library of Virginia. One might wonder what the papers of a famous Hollywood figure are doing in Richmond.  Granted, Hamner was born in Schuyler, a small town in Nelson County, but he left Virginia in 1949.  His many accomplishments in film and television took place outside of his home state. But when Hamner left 65 years ago, it wasn’t as though he didn’t look back.

Much of Hamner’s inspiration and ideas grew out of the first 25 years of his life growing up in Nelson County and attending college at the University of Richmond.  Delivering the commencement address at his alma mater the University of Cincinnati in 2008, Hamner said, “What has inspired me has been the family and neighbors I grew up with in rural Virginia during the Great Depression.  They were a decent, God-fearing, patriotic people.  Like most Appalachian folk, they were frugal, proud, and self-reliant.  They were story tellers and I listened.” 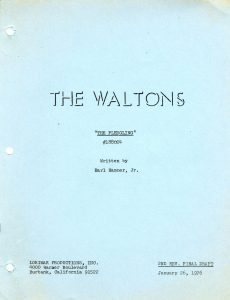 While a student at the University of Richmond just prior to World War II, Hamner was working on a short story which described the feelings of a boy when he joined his father for his first deer hunt.  As the story grew, Hamner realized the boy was him, and the man was his father. For the first time, he began writing about his boyhood in Nelson County.  “That seemed to be the key that opened a flood of material that I had listened to and observed all those years. The short story grew into a book, and Spencer’s Mountain was obviously autobiographical.”  In 1963, Warner Brothers made the novel into a movie. When Hamner told his father that Henry Fonda would be portraying him, his father exclaimed, “I’ll be a son of a bitch!” 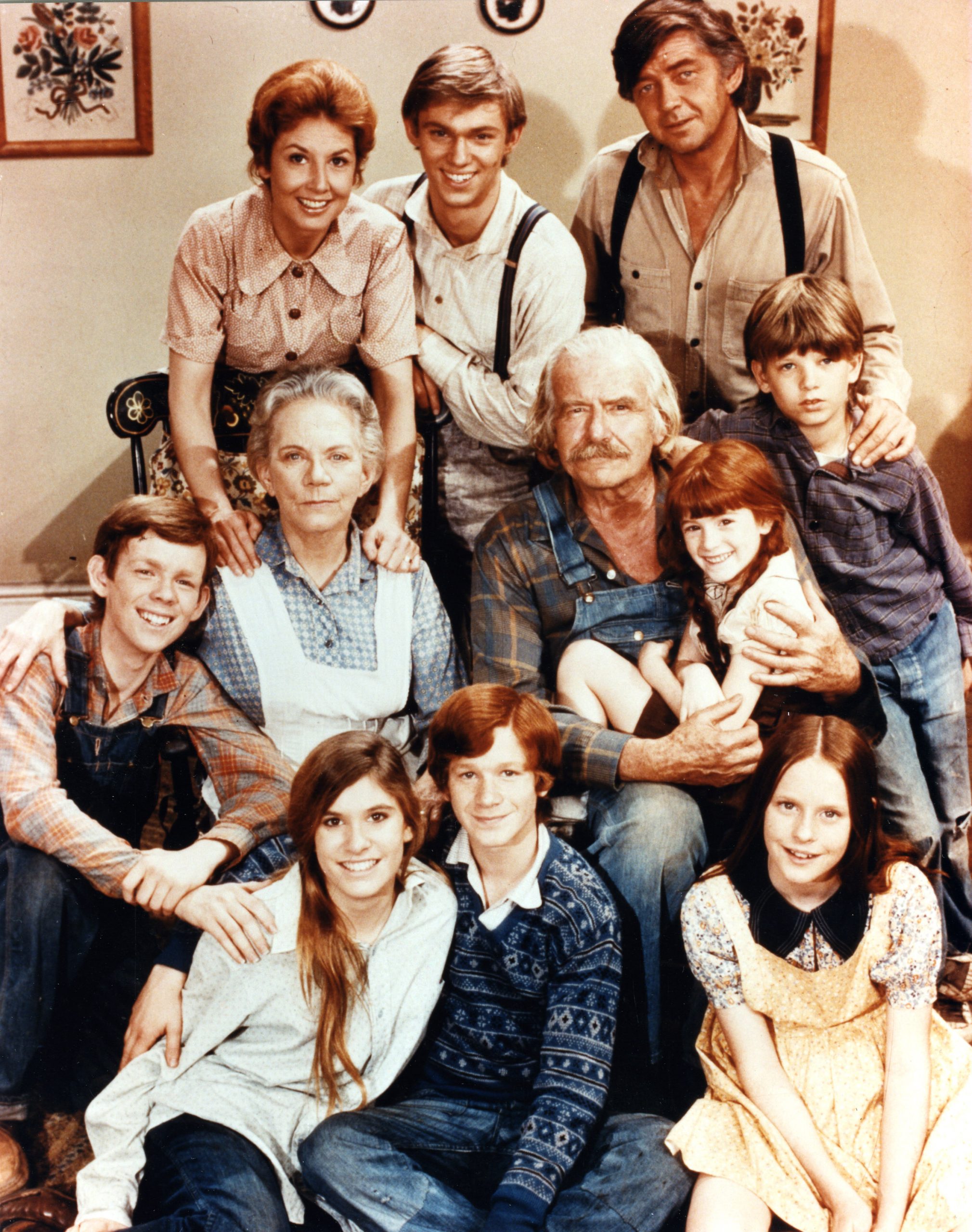 An earlier book by Hamner, Fifty Roads to Town, published in 1953, was not about his family, but about a religious sect.  Hamner had attended revivals in Schuyler, and the characters in the book were people he knew in real life.  “I called the town Edensville, but it was Schuyler.”  And the book You Can’t Get There From Here, published in 1965 and set in New York City, was about a young boy from Schuyler who had come to New York to find his father.

Shortly after moving from New York to California in 1960, Hamner remembered a story he had in the back of his mind for many years.  The story, which grew out of his father’s love for dogs, evolved into one in which a man who, while hunting raccoons, dives into the Rockfish River to save his dog from being drowned.  The man and dog wake up in a strange place and eventually discover they have died and gone to heaven.

Hamner wrote the story, entitled “The Hunt,” and submitted it to the makers of The Twilight Zone. The resulting episode aired on 26 January 1962. This tale about a father and a dog, with its Nelson County roots, got Hamner off the ground, earning him acceptance as a Hollywood writer.  Another of Hamner’s Twilight Zone episodes, entitled “Jess-Belle,” is set in the Blue Ridge Mountains, and features Helen Kleeb, who went on to portray Miss Mamie Baldwin on The Waltons.  Hamner wrote several scripts for The Twilight Zone, including the final episode of the original series, broadcast in 1964.

Another of Hamner’s novels, The Homecoming: A Novel About Spencer’s Mountain, is based on a real event that happened in Hamner’s life.  In 1933, his father was late getting home from his job in Waynesboro.  Hamner wrote the story almost exactly as it had happened, thinking it would make a good short story.  It soon grew into a full-length novel, published in 1970, and was made into a television movie the following year. 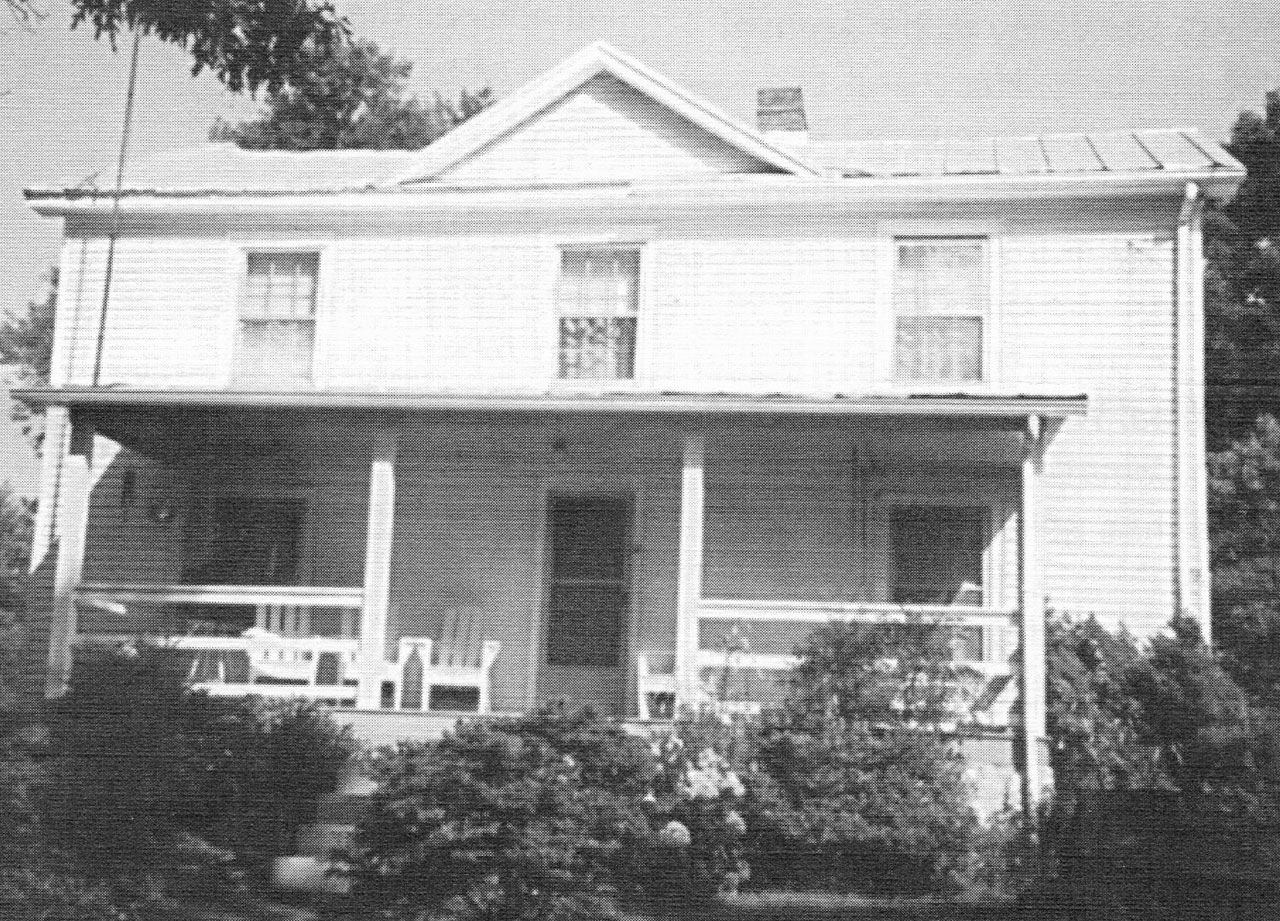 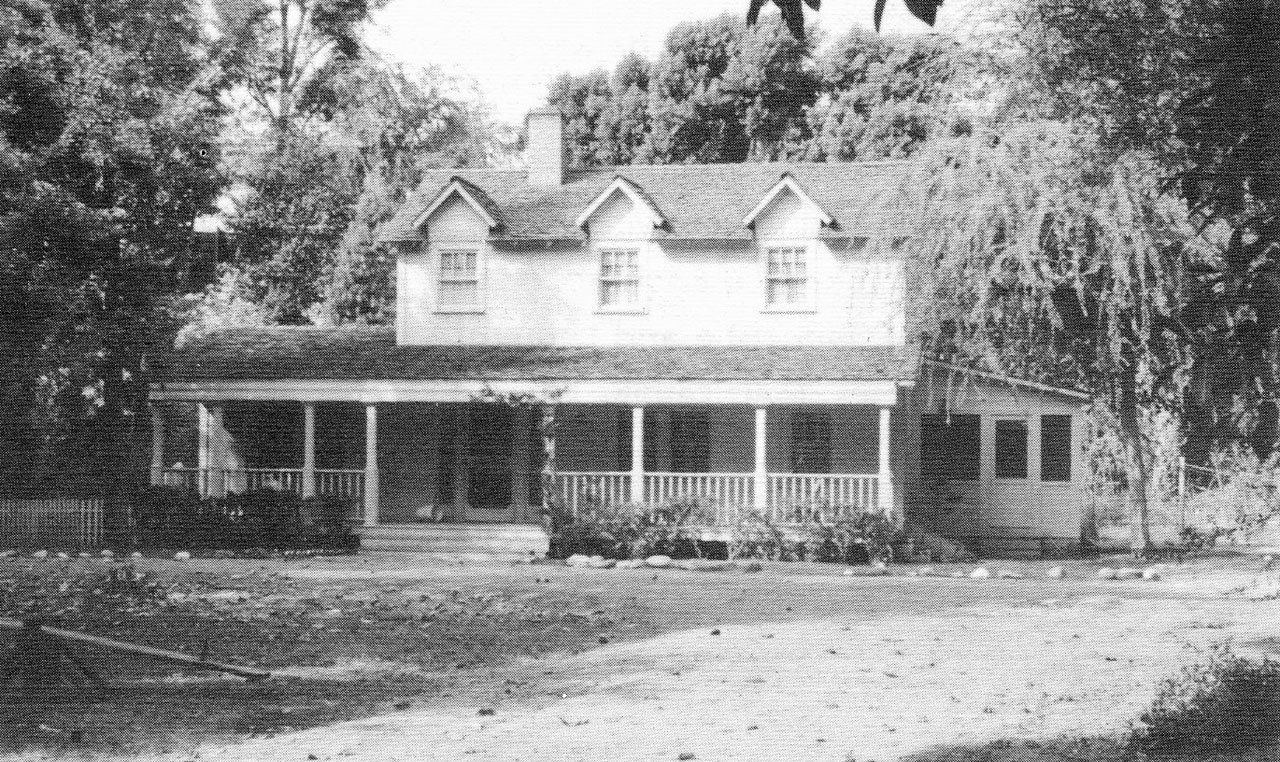 After the movie aired, CBS executive Fred Silverman suggested that it might be the basis for a television series. The Waltons premiered on 14 September 1972.  The Walton family was based on the Hamner family.  Hamner once said, “There were eight of us.  Tall, lean, fine-boned, red-headed youngsters growing up in the Blue Ridge Mountains of Virginia during the Depression.  My father called us ‘his thoroughbreds’ and put us on a pedestal.  CBS called us The Waltons and put us on television.” 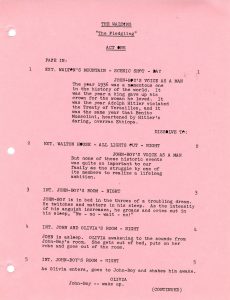 The Waltons was based on the structure and character of Hamner’s family.  Indeed, John-Boy Walton, the aspiring writer and eldest child, was modeled after Earl Hamner.  Hamner contributed writing and suggested stories for the popular series based on his own life growing up, and even advised in the construction of a set to match the actual house where the Hamner family lived.  In accepting the “Virginian of the Year Award” from the Virginia Press Association in 1973, Hamner reflected on the show, “I believe every viewer goes away with some little knowledge of the good life we know here in Virginia.”

Speaking to the National Association of Television Program Executives in 1974 on the heels of the show receiving six Emmy awards, Hamner suggested why The Waltons struck a chord with the public.  He reminded the audience that the Depression had been only 40 years ago, and in the intervening time, the nation had endured a world war, numerous assassinations of important figures, Vietnam, and Watergate. He remarked, “We desperately want to believe that our heritage is a proud one and that we can survive the present disillusionment and doubt and anxiety.  We have discarded the old values and we have found nothing to take their place. I believe what the audience wants and needs is some sense of values to sustain them in the present agony, some anchor to keep them afloat through the present turmoil, some solid ground to stand on.  Those are the values we celebrate and affirm on The Waltons.” 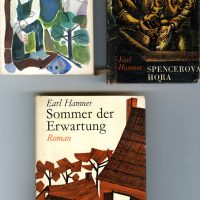 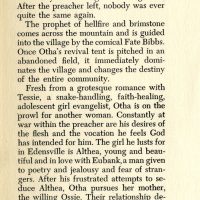 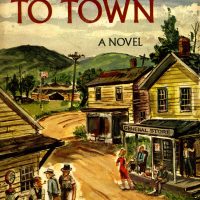 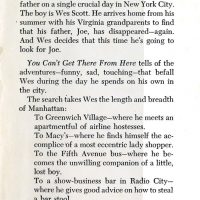 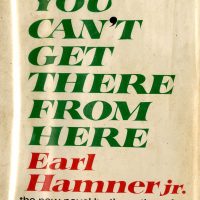 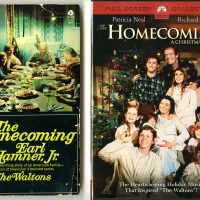 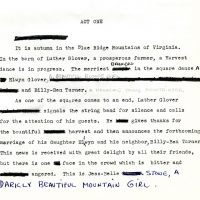 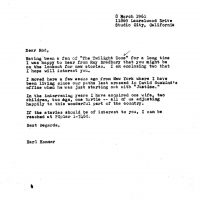 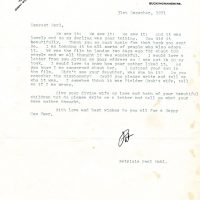 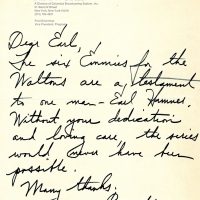 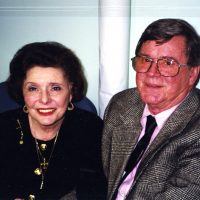 In an undated speech entitled “Nelson County in Hollywood,” Hamner summed up his remarks by saying, “I have not lived permanently in Nelson County since 1949, but a Virginian never really lives anywhere else. He ‘resides abroad’ temporarily.” He then quoted from an episode of The Waltons, where John-Boy writes in his tablet about the meaning of the word “home,” referring to it as an island, a refuge, a haven–of love.  “That’s Nelson County to me,” Hamner told his audience.

The Earl Hamner, Jr., Papers (Accession 51368) include books, clippings, correspondence, DVD’s, newsletters, photographs, publicity, film, radio, and television scripts and screenplays, speeches, subject files, and videotapes relating to Hamner’s long career in the entertainment industry, most notably in connection to The Waltons. These papers are now available for research in their new home at the Library of Virginia, and are back in the state where much of the inspiration and many of the experiences that resulted in their creation took place.