Between 1883 and 1909 six of the seven newspapers that ever claimed Bowling Green as home appeared, and then disappeared, after publishing for no more than two or three years.  Now I can’t describe the following as an especially significant curiosity, but it certainly qualifies as at least a noteworthy anomaly – though admittedly one only an archivist might find amusing.  It so happens each of these papers chose the county name and a single word identifier for their title.  This does, however, provide an excuse to summarize the disappointing state of the Project’s Caroline County collection at the Library of Virginia in the following abbreviated manner:  a Courier without arrival, an Echo unheard, a Promoter without promotion, an Advance never forwarded, News never read, and a Sentinel in lonely solitude.  Here’s the single Caroline Sentinel (minus a bite) in our possession. 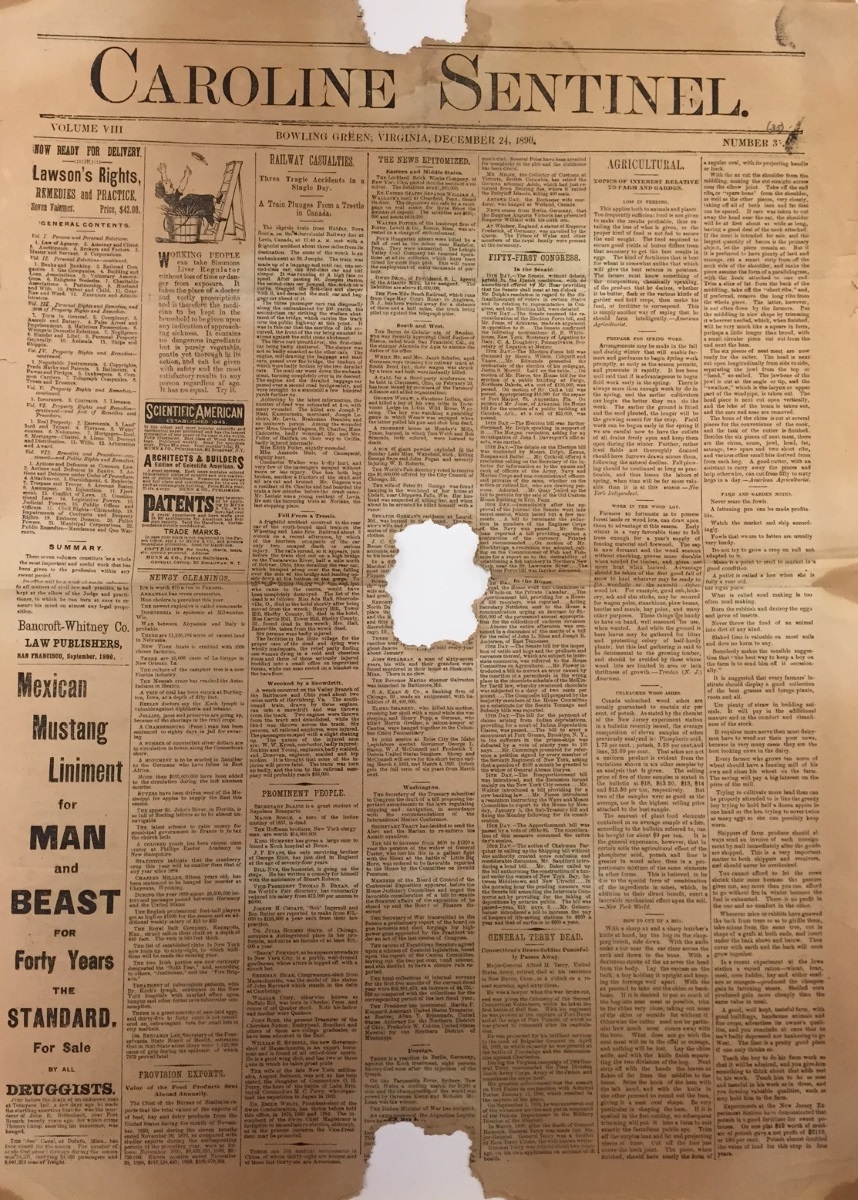 That’s five members of the regrettably lengthy Project “wish list” (not to mention the “wish more” list of which the Sentinel is a part).  We do learn from our 1936 go-to reference, Virginia Newspapers, 1821-1935, A Bibliography, by Lester Cappon, PhD. (the Mighty Cappon at the desk!…the reference desk) that the University of Richmond holds one copy of the Caroline Echo, the Virginia Historical Society has a few additional copies of the Sentinel and about a year of the Caroline Promoter.  The Caroline Courier, Advance, and News-POOF–the departure sfx for transport to oblivion, the default site for the great unfound.  Sigh. 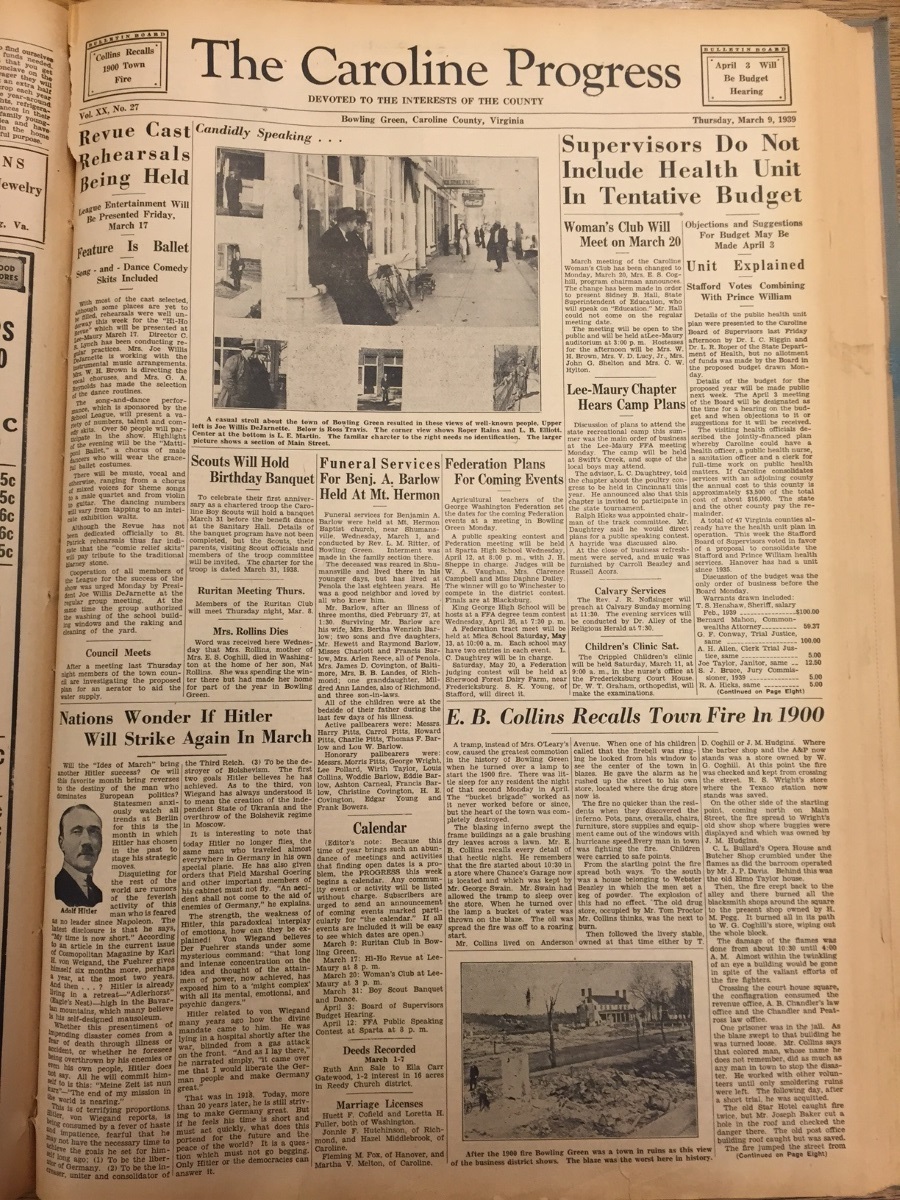 After the demise of the Caroline Echo in 1909, Cappon tells us, for the next ten years local readers had no choice but to seek a newspaper from Ashland to the south (the Hanover Weekly Herald or Progress-they merged in 1919), Fredericksburg to the north (most likely the Daily Star or Free-Lance-which merged in 1929) or the big city alternative, the Richmond Times-Dispatch (yes, another merger, 1914).  When the Caroline Progress first published in 1919, the factors which contribute to a paper’s success: pluck, perseverance and an economic tailwind for certain, must have been present in powerful doses because the Progress continues in print today.

In the case of the Progress, the Library’s collection is an improvement by considerable measure over its Bowling Green predecessors.  But only, I should add, after 1939.  For the two decades previous, a cataloging space more gulch than gap.  Surprise and delight then, on receiving a call from the Director of the Caroline Library, Maureen Dorosinski, informing us of the availability of those very twenty years (and more) in their own archive.  Add puzzlement too, over just how the Project’s initial survey of many years ago could have failed to discover this trove.  Yet as we have found over time, the lighting in the archival landscape may undergo a shift and what was once unseen now stares back clear in the near foreground saying, “film me.”  As the Project re-prioritizes from microfilm to digital (Virginia Chronicle) it’s always satisfying to be reminded that they’re still out there-newspapers unpreserved.  Most of the Progress copies are in good to excellent condition.  But as often occurs with early editions, some restoration is required.  Here’s volume 1, number 1, page 1: 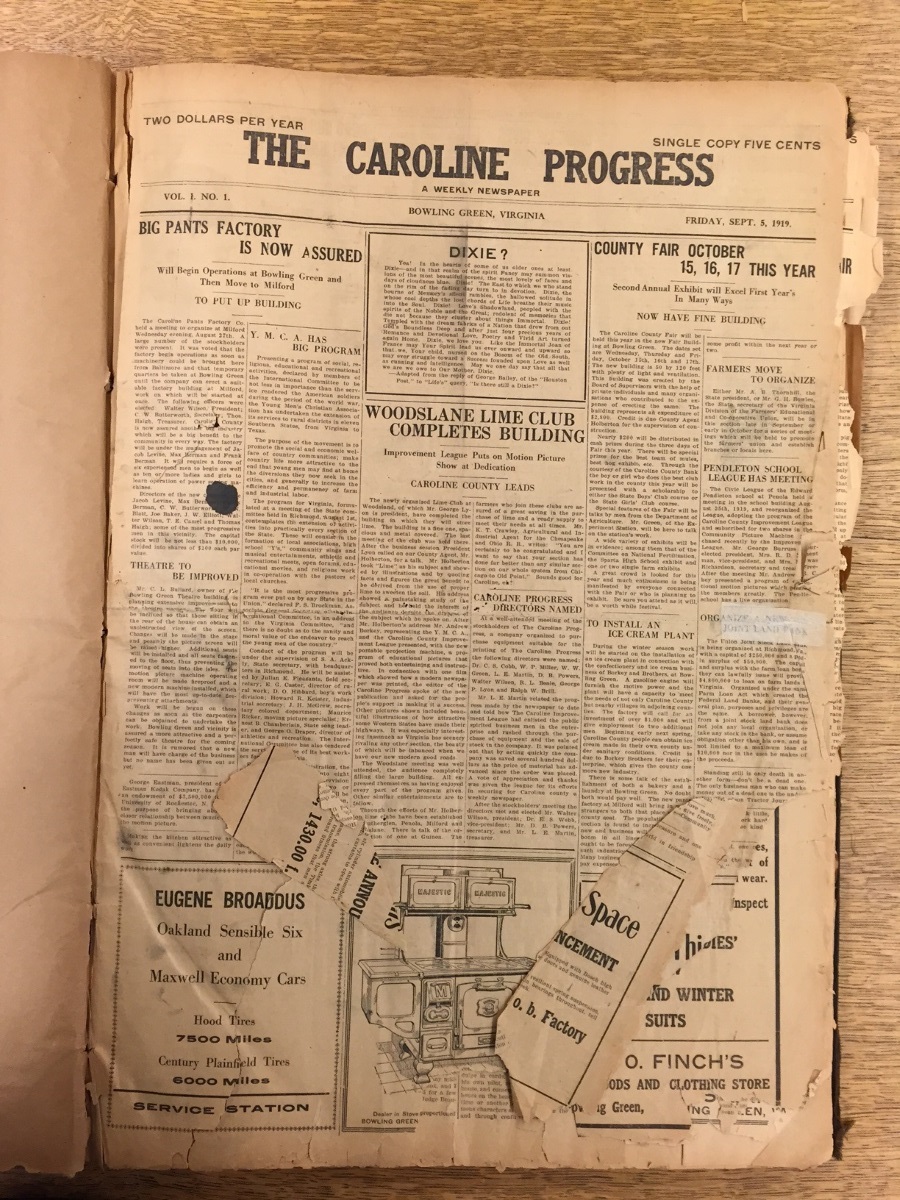 This span of twenty years does provide its own unique window on the American consumer parade.  A few examples: 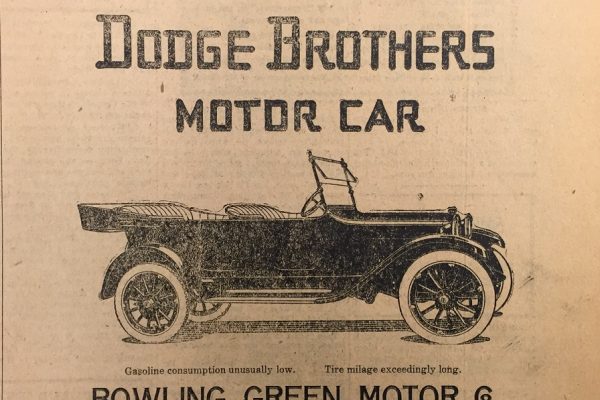 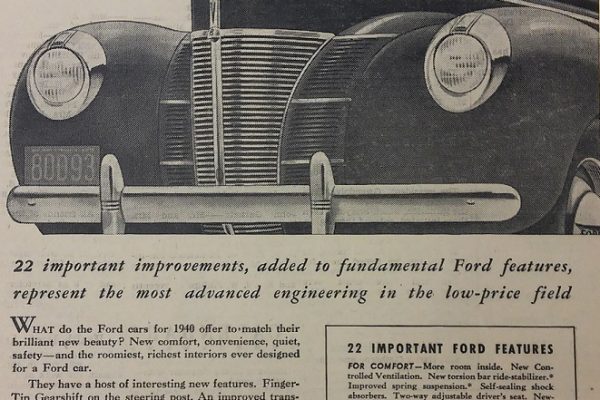 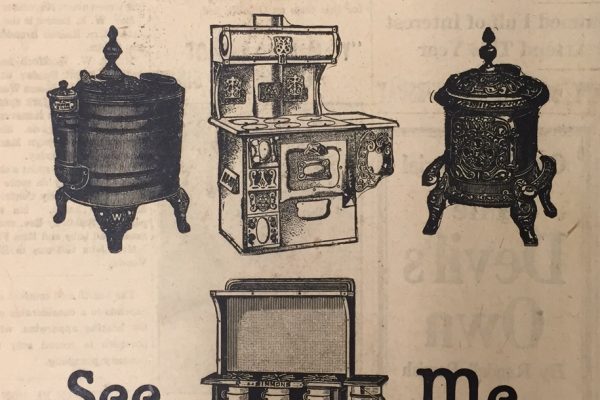 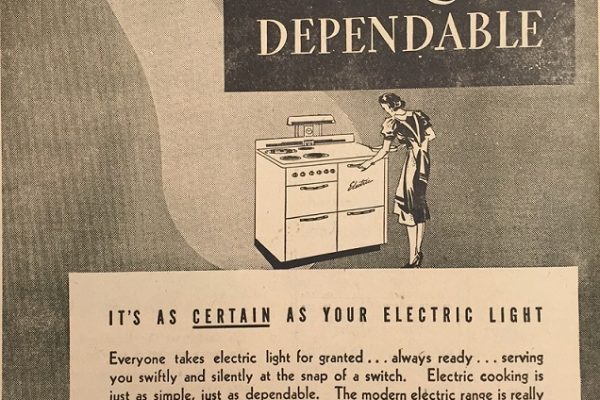 Fit To Print will note the completion of filming and the return of originals to Caroline Public later this year and the date of the microfilm addition to both the Bowling Green and the Library of Virginia archive.