A lack of education and a trusting heart caused many minorities to lose their property in the early 20th century. A perfect example is the case of Ruth Brim, George Brim, Anderson Carter, and Lucy Carter versus William Epperson in Patrick County, Virginia.

The complainants (the Brims and Carters) were described as “uneducated colored people” who lacked understanding and placed too much faith in the defendant, a white man named William Epperson.  The complainants borrowed $600 from the defendant. To secure the loan, the complainants wanted to use their home and tract of property as collateral, essentially promising to hand the defendant their $1,500 homestead in the event that the $600 was not repaid.

This sort of loan arrangement was not unusual. From the defendant’s standpoint, an agreement with the potential of gaining property worth more than twice the loan amount was very promising. For this reason, Epperson agreed to meet with the Brims and Carters to finalize the agreement. Unfortunately, at the meeting, everything took a turn for the worse.

Epperson apparently had a change of heart and decided to view the agreement as an opportunity to take advantage of the complainants. Rather than move forward as planned, he proposed that the complainants temporarily transfer ownership of the property before the $600 loan was given, referring to the new arrangement as “the proper thing to do.”

At this point, the complainants’ lack of education and over-confidence in Epperson were a great hindrance. Because they did not understand the risk, the complainants agreed to convey sole ownership of the property to the defendant until the loan and interest were repaid.

The result of the final decree was disheartening. What appeared to be an open and shut case for the complainants turned out to be the cause of their downfall instead. The court ruled that not only would  Epperson retain ownership of the property, he would also receive a payment of $250 from the complainants. In the end, the Brims and Carters lost a total of $1,750, which included their home and property valued at $1,500. This ruling undoubtedly proves that minorities were often mistreated because of a lack of education and a submissive trust in others. 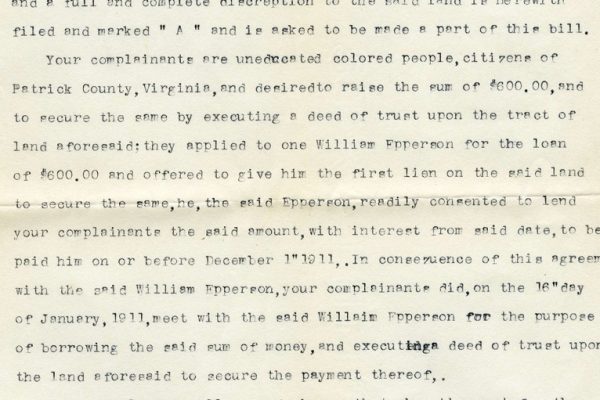 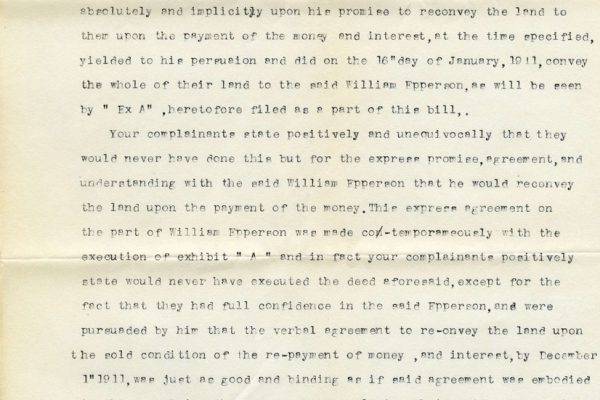 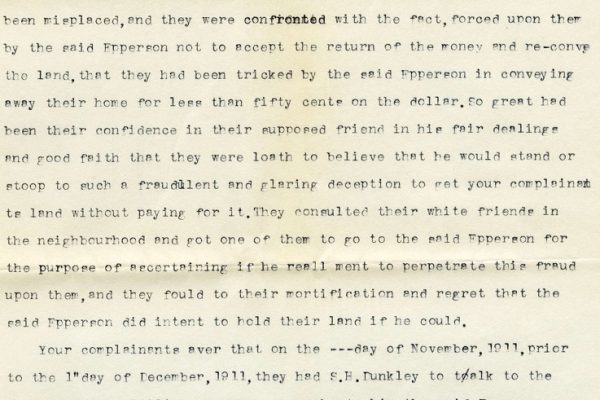 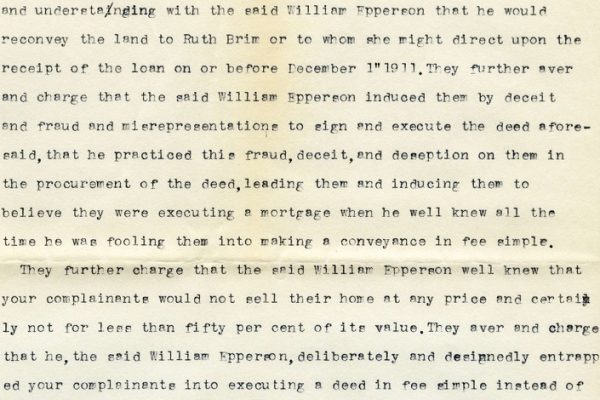 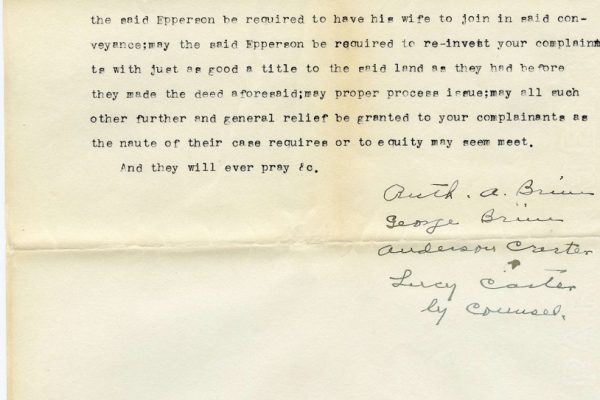 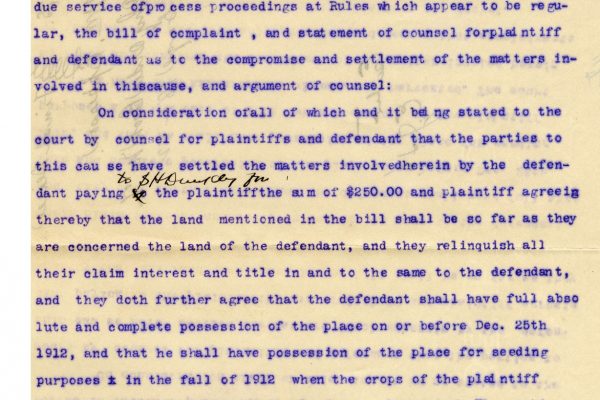 Ruth A. Brim, etc. vs. William Epperson, 1912-008, is part of the Patrick County Chancery Causes, which are currently closed for digital reformatting. Images will be posted to the Chancery Records Index as they become available. Currently, digital files from 1803-1846 have been uploaded.

The processing and scanning of the Patrick County chancery causes were made possible through the innovative Circuit Court Records Preservation Program (CCRP), a cooperative program between the Library of Virginia and the Virginia Court Clerks Association (VCCA), which seeks to preserve the historic records found in Virginia’s circuit courts.