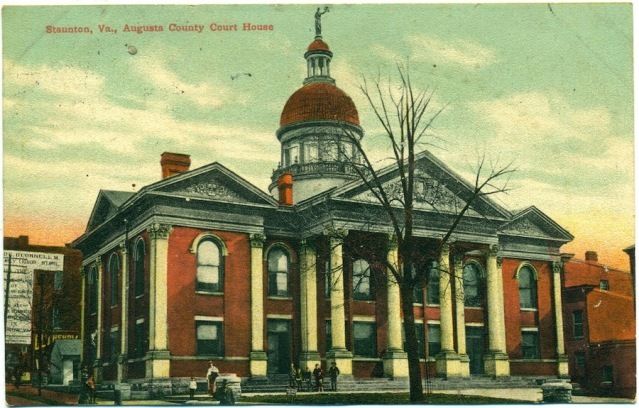 Sometimes You DO Find a Needle in a Haystack: The Augusta Co. Cohabitation Register

Cohabitation registers are among the most important genealogical resources for African-Americans attempting to connect their family lines back through the murky past to their enslaved ancestors.  The registers date from 1866 and provide a snapshot in time for the individuals recorded therein and provide a wealth of information that may otherwise be impossible, or at least very difficult, to uncover.  Historians are also interested in the registers because of what the registers might say about a particular community of people at a

time when great changes had come about as a result of the Civil War and the end of slavery.  Locating the complete Augusta County Cohabitation Register took persistence, determination and luck.  The concerted effort of the circuit court clerk’s office and the Library of Virginia’s Local Records staff working together solved this nearly 150 year old mystery.

In 2007 Augusta County Circuit Court Clerk John Davis informed LVA staff that four cohabitation sheets had been discovered in his office . Officially titled the Register of Colored Persons of Augusta County, Virginia, Cohabiting Together as Husband and Wife on February 27th, 1866, a cohabitation register was the legal vehicle by which former slaves legitimized both their marriages and their children. The information about an individual person contained in the cohabitation register is literally priceless as it is often the first time that a former slave appeared officially in the public record and because of the extensive information that the register recorded.  Orders handed down by the Freedman’s Bureau and an act passed by the General Assembly of Virginia in 1866 directed the clerk of court of each locality to create and maintain such a register for the purpose of legalizing slave marriages.  These registers are not bound volumes but rather double sided individual sheets of paper that measure around 22 x 17 inches and record in columns the name of the husband, his age, place of birth, residence, occupation, last owner, last owner’s city or county of residence, the name of the wife, her age, place of birth, residence, last owner, last owner’s city or county of residence, name of children with the ages of each, and the date of commencement of cohabitation.  Only about thirty-six of these registers are known to survive in the custody of Virginia circuit court clerks, the Library of Virginia, or NARA in Washington, DC, meaning that the surviving ones are very significant records indeed.

The four sheets of cohabitation register uncovered in the Augusta closet were sent to the Library for conservation.  Inkjet copies were made for the Augusta clerk’s office.    The original sheets were sent to a Local Records archivist for cataloging and that was when the plot really began to thicken.  Local Records archivists assumed the records found by the clerk were the originals of the cohabitation register in the library’s microfilm holdings.  However, it became clear that these four original sheets were not among those previously microfilmed but were additional pages.  These four pages had somehow become separated from the others in the past and therefore had been missed during the statewide courthouse security microfilming project of the 1970s and 1980s.  The question now was:  where were the originals of the sheets of the cohabitation register that did appear on microfilm?

To begin to solve this riddle, Local Records staff first turned to the inventory of the Augusta courthouse done by the Virginia State Library in the 1970s.  Several possible items were located in the inventory that looked like they might be the original register.  Mr. Davis and his deputy clerk Carol Brydge then attempted to locate these items within the vast holdings of the Augusta courthouse.  Ms. Brydge produced two items in particular that were of interest to LVA staff who, over several visits to the Augusta courthouse, studied them further.  The first was several large loose pages that turned out to be marriage records but not for freed persons.  The second item was a volume that, while not exactly what was being sought, was just as important and interesting. 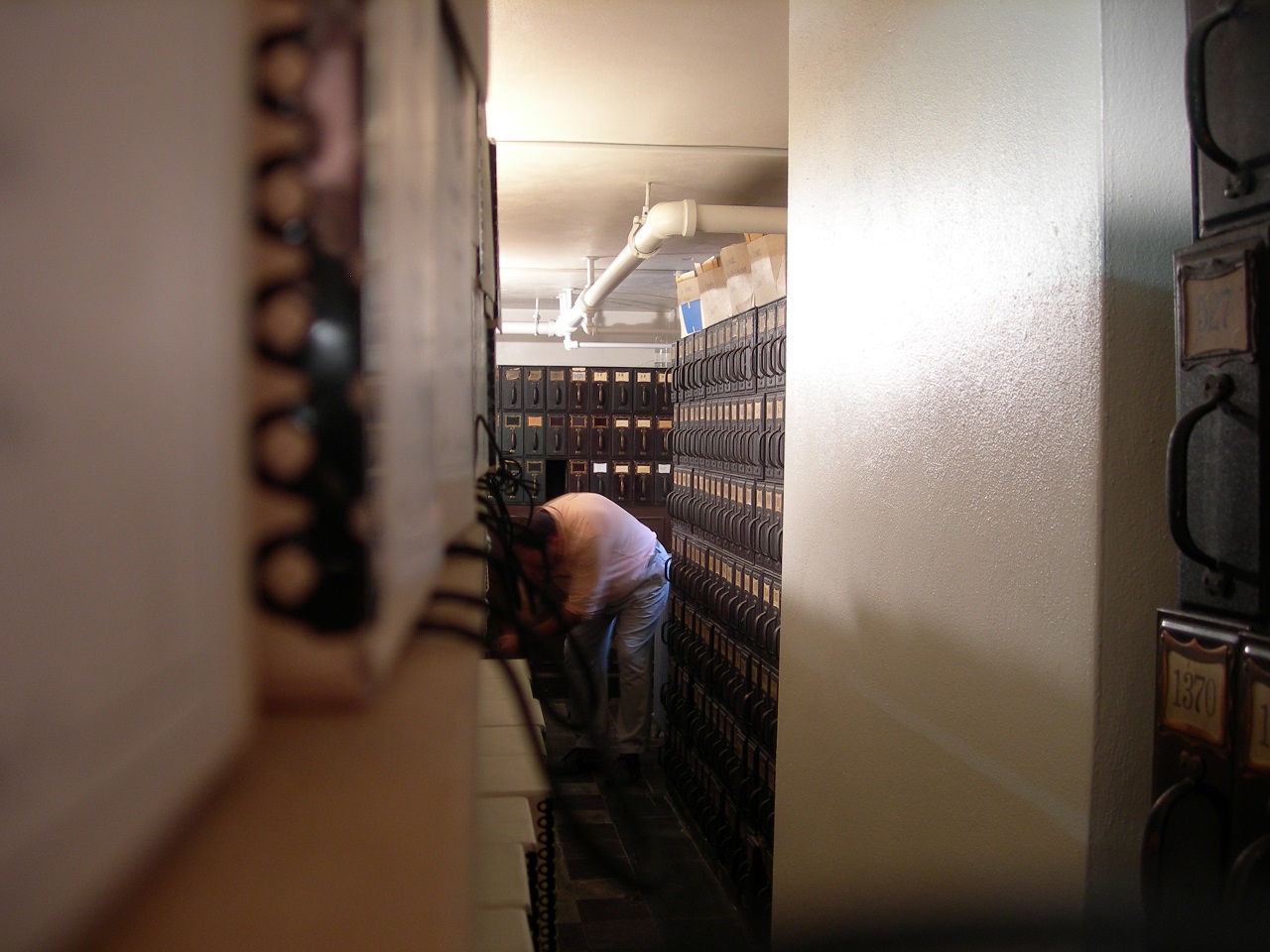 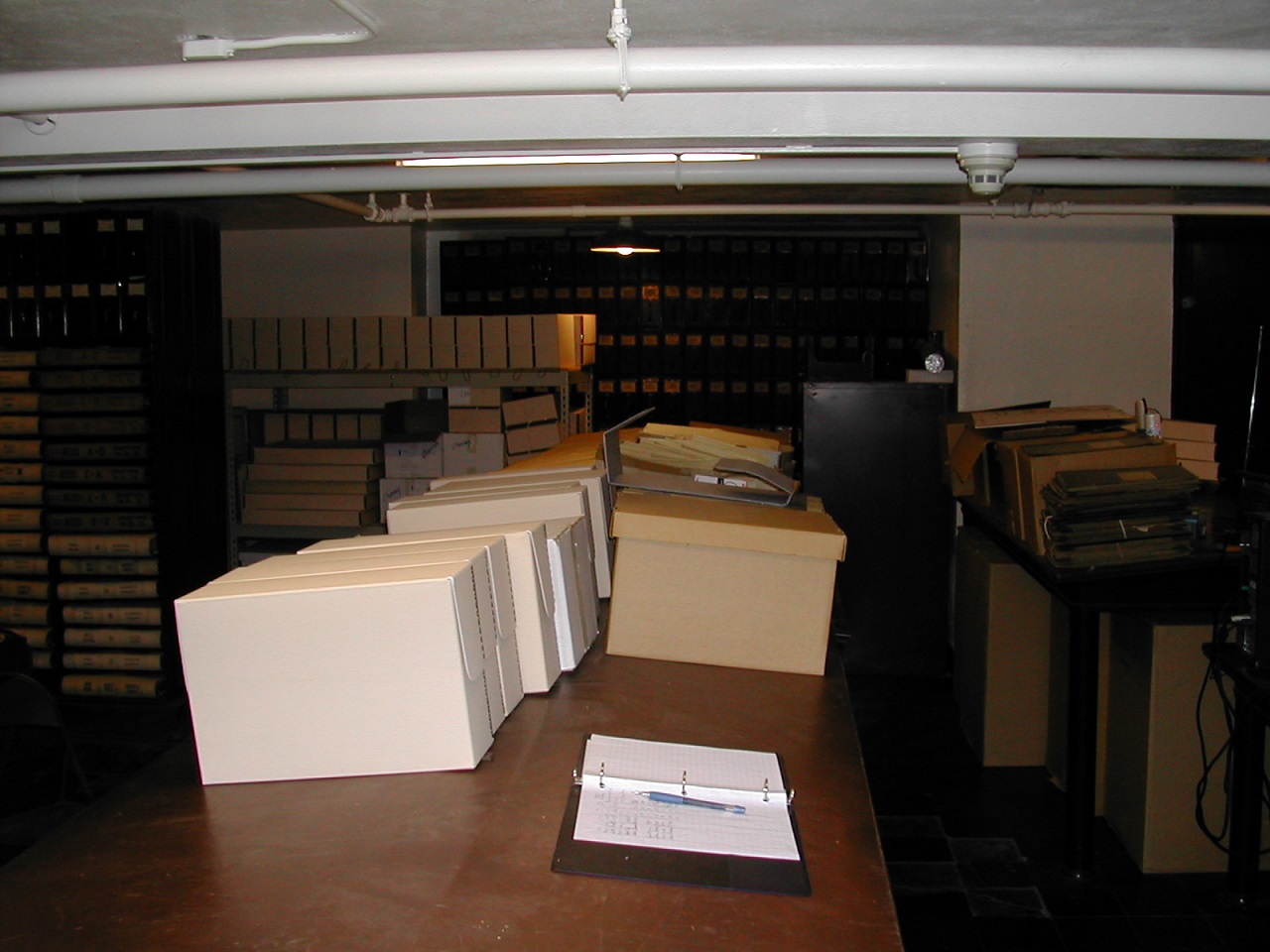 So many possible hiding places!

So many possible hiding places! 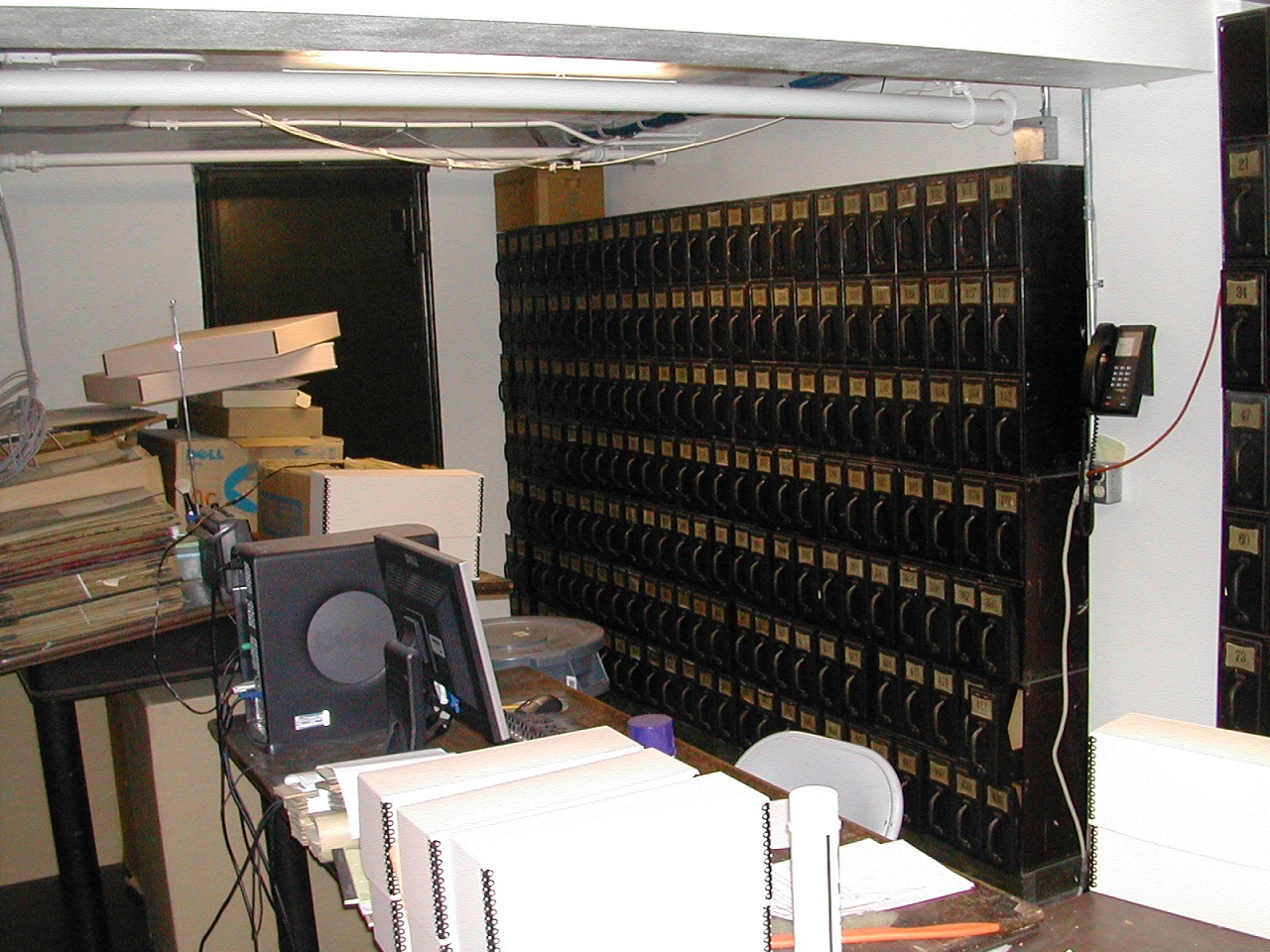 This volume was in the vault of the Augusta courthouse and consisted of either additional freedmen recording their marriages or is a duplicate copy that the clerk made to keep at the courthouse.  Often the clerks would fill out the large sheets of the cohabitation registers and then submit them to the Freedmen’s Bureau.  These sheets were supposed to be later returned to the clerks but some clerks chose to maintain a duplicate volume for local use. Further analysis will have to be done of this volume to determine if it contains the names of additional people than what is recorded in the loose sheets of cohabitation register.  The volume also has at the beginning a list of Quarter Master’s stores etc. at Wisewell Barracks and Hospital in Washington, DC, (1865) and, following the list of registering cohabiting couples, a register of indentures of minor freed children (1866).  While this volume was another fascinating find, it was not those mislaid loose sheets of cohabitation register.

Local Records staff put on their thinking caps and consulted the microfilm target for the cohabitation register on film to see if any clues could be found there.  The courthouse microfilming projects begun in the 1970s had concentrated on volumes so it was perplexing that loose records also had been filmed at this time (the cohabitation register film date was 1978).  The target revealed a very important clue because it read:  Ledger [Fee Book, County Court, 1818-1819; Register Sheets of Colored Persons Cohabiting Together….].  The target label in addition to how this fee book and cohabitation register looked on the film led LVA staff to believe that the register was in fact folded up and tucked inside the front cover of the fee book.  There was a new lead!

During a trip to Staunton City courthouse to complete a records room inventory for the Staunton clerk, LVA staff decided to give the search one more shot.  Permission was received from Mr. Davis and Ms. Brydge to go into the rooms of volume storage in the Augusta courthouse basement and search for the cohabitation register sheets.  Armed with photocopies from the 1970s courthouse inventory, LVA staff first tried to identify a section or sections where the 1818-1819 fee book might be stored.  After some fruitless searching it became clear that the rooms of volumes had been rearranged since the 1970s inventory and were more or less grouped by volume or record type, i.e. will books, deed books, order books, etc.  The section of fee books was found and the shelves diligently searched but no fee book from 1818-1819 could be found although, frustratingly, those ending in 1817 and beginning in 1820 were clearly labeled and on the shelves.

Because the fee book volume was, according to the microfilm target, actually labeled as a ledger book Local Records staff next searched for some time through many sections where business or miscellaneous volumes were stored, looking inside every volume that looked as if it might be a candidate.  After several hours of dusty poking, the fugitive ledger/fee book was found in a section of business volumes on a shelf low to the floor.  Tucked neatly inside on top of the smaller index volume for the fee book were the folded cohabitation register sheets, just as LVA staff had suspected.  The sheets were in fairly good condition because the fee book covers had protected them over the years.  Still some conservation work and cleaning were needed, so Mr. Davis transferred these additional 12 sheets to the Library of Virginia to be reunited with the original four found years earlier.

An additional examination of the cohabitation register pages revealed that one sheet of the recent find is in fact a Register of Children of Colored Persons in Augusta County, State of Virginia, whose Parents had ceased to cohabit, also dated 1866.  These sheets are far more rare and only about three are known to exist in Virginia.  These registers were maintained separately than those for still-married couples and far fewer of them are known to survive. The information recorded is nearly identical to that of the cohabitation registers with the exception of the notation whether the children’s mother is at that time living or deceased.  All known cohabitation registers, including Augusta County’s, have been scanned and are available online.  The Cohabitation Register Digitization Project on Virginia Memory indexes, digitizes, transcribes, and provides access to these invaluable records.

Over the years, many records have gone missing from courthouses due to war, natural disaster, theft, or because they were borrowed by a lawyer or judge.  Some of these records have ended up in private hands rather than in the custody of the circuit court clerks and have occasionally resurfaced in other repositories or at auction houses or eBay.  Several Virginia localities are actively searching for their cohabitation registers and hopefully will find them either tucked away in a mysterious place in the courthouse, as in Augusta County, or will find them in private custody.  With any luck, more cohabitation registers will come to light in Virginia so that researchers may have access to as many as these fascinating and important documents as possible.