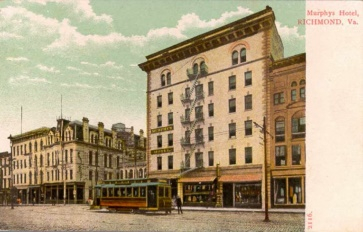 Working with state records often means finding the most interesting things in the most unexpected places. For example, I never thought that going through Land Office records would lead me to a piece of Richmond’s lost history.

The records in question were among the papers of the Superintendent of Weights and Measures, whose duties were transferred to the register of the Land office by a legislative act in 1867. The superintendent retained a series of advertising circulars, printed materials sent by various companies promoting their products—including various hotels advertising their amenities and rates. Although most of the hotels that sent their pamphlets to the superintendent were located in Washington, D. C., one local hotel was also represented—Murphy’s Hotel, which stood directly across from the Library of Virginia’s current location, at the corner of 8th & Broad St.

The building, which shares the block with St. Peter’s Church and the former Hotel Richmond, was torn down in 2007. The original plan was to replace the hotel with a modern high-rise that would house offices for the Commonwealth of Virginia; however, this has not yet occurred.

Murphy’s Hotel began life as oyster shack owned by John Murphy, who immigrated to Virginia from Ireland at the age of six. Murphy joined the Confederate Army when he was 20, serving at different times in both the artillery and cavalry. He was captured after the Battle of Cloyd’s Mountain in Dublin, Virginia, and was sent to Camp Chase, Ohio as a prisoner. 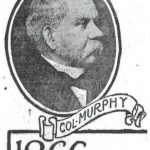 After the war, Murphy moved out west to work for a railroad, returning to Richmond around 1868. He opened a few rooms above the oyster bar in 1872, officially kicking off the long history of the Murphy Hotel.

The hotel existed under several different architectural incarnations. The first brick building was built in 1886, after the oyster shack structure was torn down. Murphy eventually added two annexes, building one on the lot across 8th street in 1902 and another on the block between Broad and Grace Streets in 1907. In 1913, Murphy demolished the brick building at 8th and Broad, and hired John Kevan Peebles, the architect who designed the 1905 additions to the State Capitol Building, to design an 11-story, H-shaped building. A pedestrian bridge over 8th Street connected the main building to the annex; it served not just as a connection between the two buildings but as a lounge or sun-room. After the sale of part of the hotel property in 1939, the bridge was eventually dismantled so that its steel could be used in the war effort. 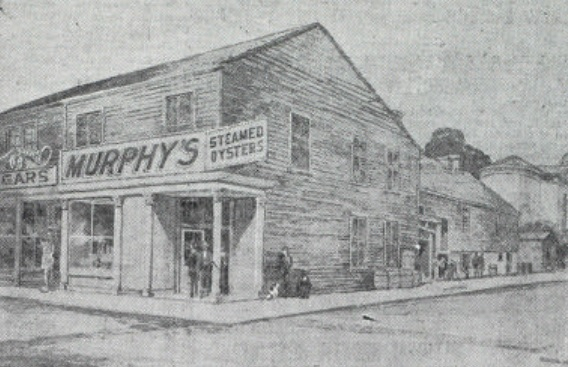 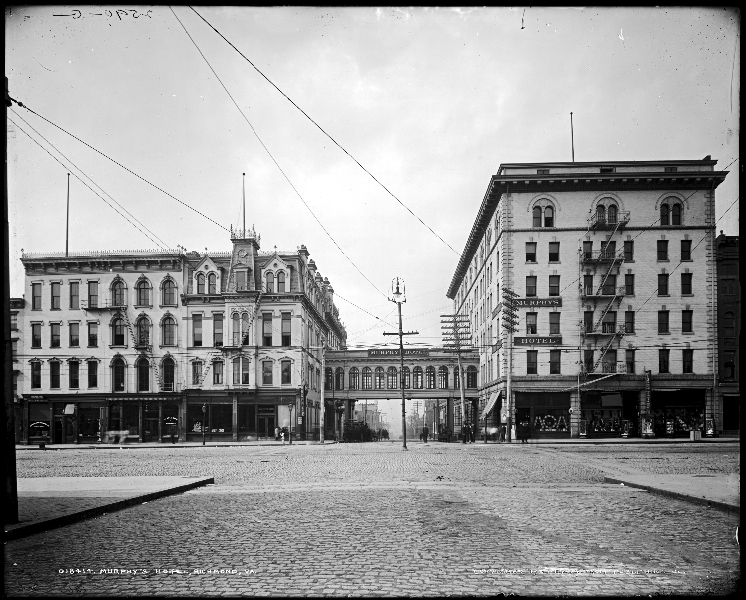 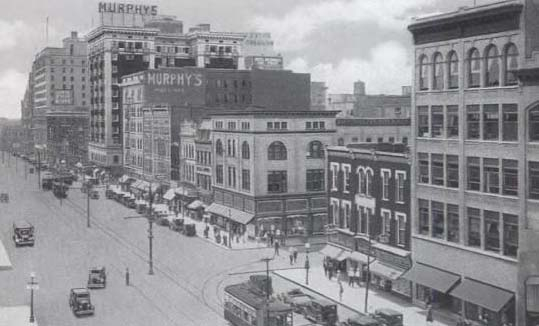 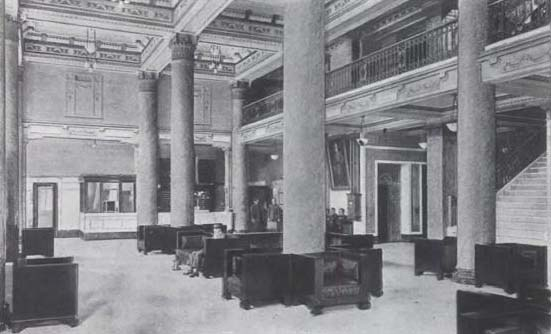 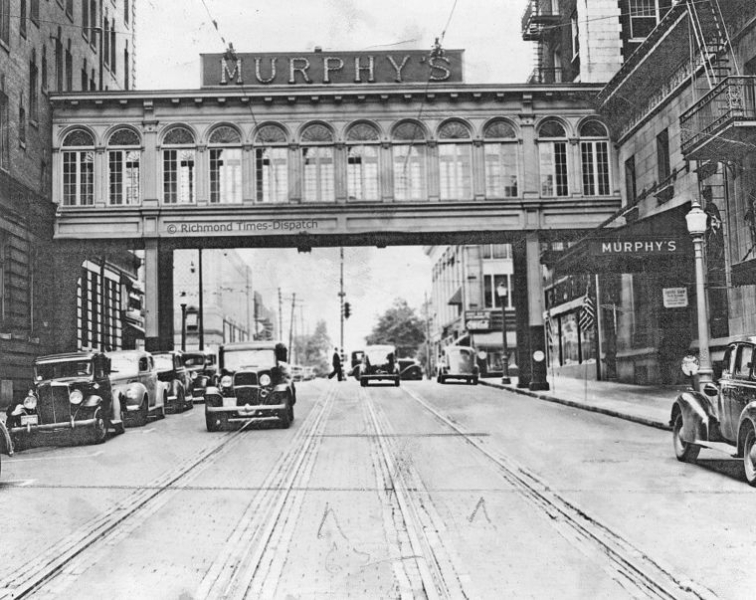 Courtesy of the Richmond Times Dispatch

Both Murphy’s Hotel and the Annex were vibrant parts of Richmond’s political and social worlds in the late 19th and early 20th centuries. Standing so close to the State Capitol and courts, the Annex especially served as (according to one pre-1913 postcard) the “recognized political headquarters of Virginia’s solons.” Legislators and citizens gathered there to debate and discuss issues during the 1901 General Assembly session, including proposed modifications to the state constitution. One governor characterized the Murphy and Richmond Hotels as “equal parts of the Capitol.” Harry F. Byrd even used the Annex as the headquarters for his gubernatorial campaign in 1925. The hotel also featured the Tuxedo Pool Room, and its saloon boasted of the longest brass bar in the city in the early 20th century; in 1901, the Richmond Dispatch called the Murphy Hotel “the liveliest place in Richmond after supper.”

The hotel also played an interesting role in history of African American in Richmond. In 1899, former heavyweight boxing champion John L. Sullivan was staying at the Murphy Hotel. One morning, Sullivan began shouting at the waiter serving him breakfast. According to famous Richmond chronicler Virginius Dabney, an alcohol-soaked Sullivan shouted at William Miller that he had “killed two — the night before and that Miller would be the third.” Miller hurled a pot of coffee at Sullivan’s face and knocked him out cold. 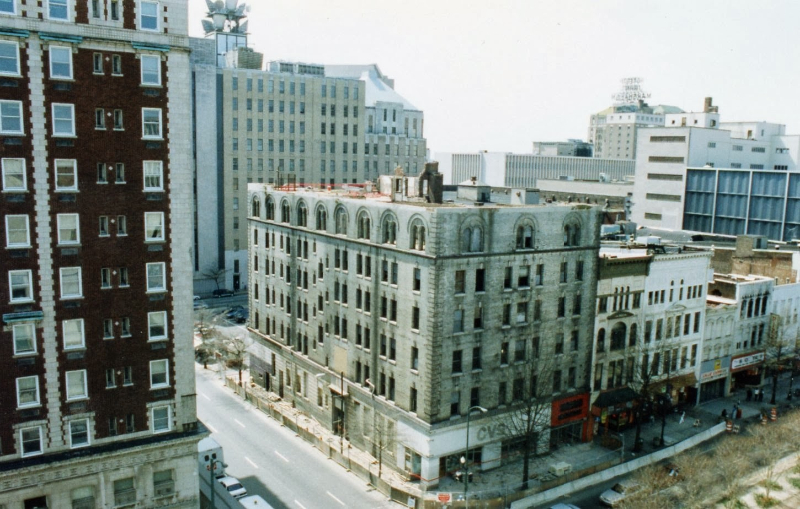 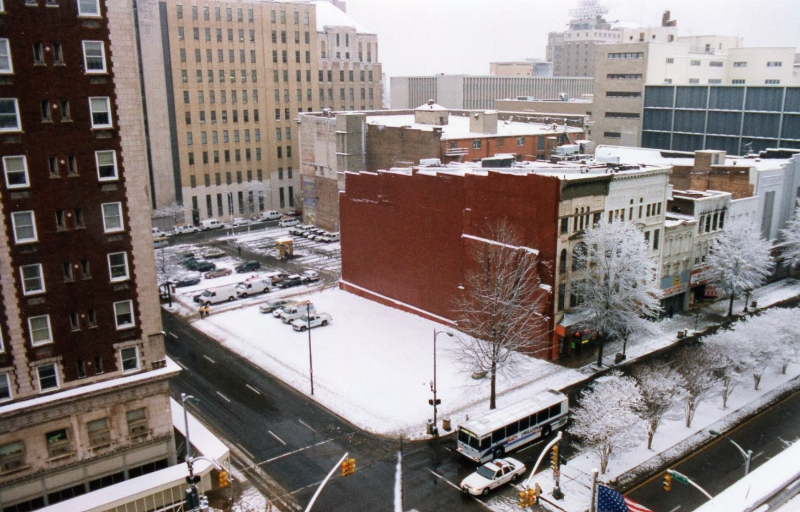 Before and after the demolition of Murphy’s Hotel.

He returned from the management-required vacation several days later to find himself a local hero. He received over $3,000 in donations from admirers, as well as a silver coffee pot sent to him by attorney and editorialist Buck Royall, inscribed ‘To the World’s Champion Coffee Pot Fighter.’ Miller used the money to open a hotel for African-American patrons, which survived under new management for decades until it was finally demolished in 2009. 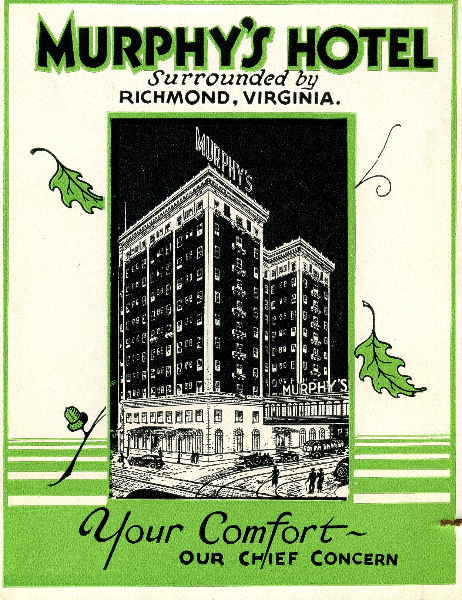 John Murphy died in 1918 and management passed to his son-in-law, James T. Disney, who ran the hotel until his own death in 1933. By 1939, the Board of Directors of The Richmond Hotels, Inc., had taken control of the Murphy Hotel, changing its name to the King Carter Hotel in 1949. The hotel was purchased by the state in 1966 and converted to offices in 1969. However, by the late 1990s the condition of both the original building and the Annex had deteriorated significantly. The Annex was condemned and demolished in 2000; it was replaced by the Spotswood W. Robinson III and Robert R. Merhige Jr. Federal Courthouse, completed in 2006. In 2005, Robert Silman Associates, a structural engineering firm based out of Washington, D. C., performed a structural condition assessment of the Eighth Street Building to determine the “feasibility of preservation” for it and the Ninth Street Office Building.

The Commonwealth demolished the building in 2007 with the intention of replacing it with a modern high-rise that would connect to the renovated Ninth Street building; however, this planned construction has not and may never take place. The plot is currently functioning as a parking lot and construction zone for the renovation of the Ninth Street Office Building, which will eventually house offices for the Commonwealth of Virginia in the former Hotel Richmond.