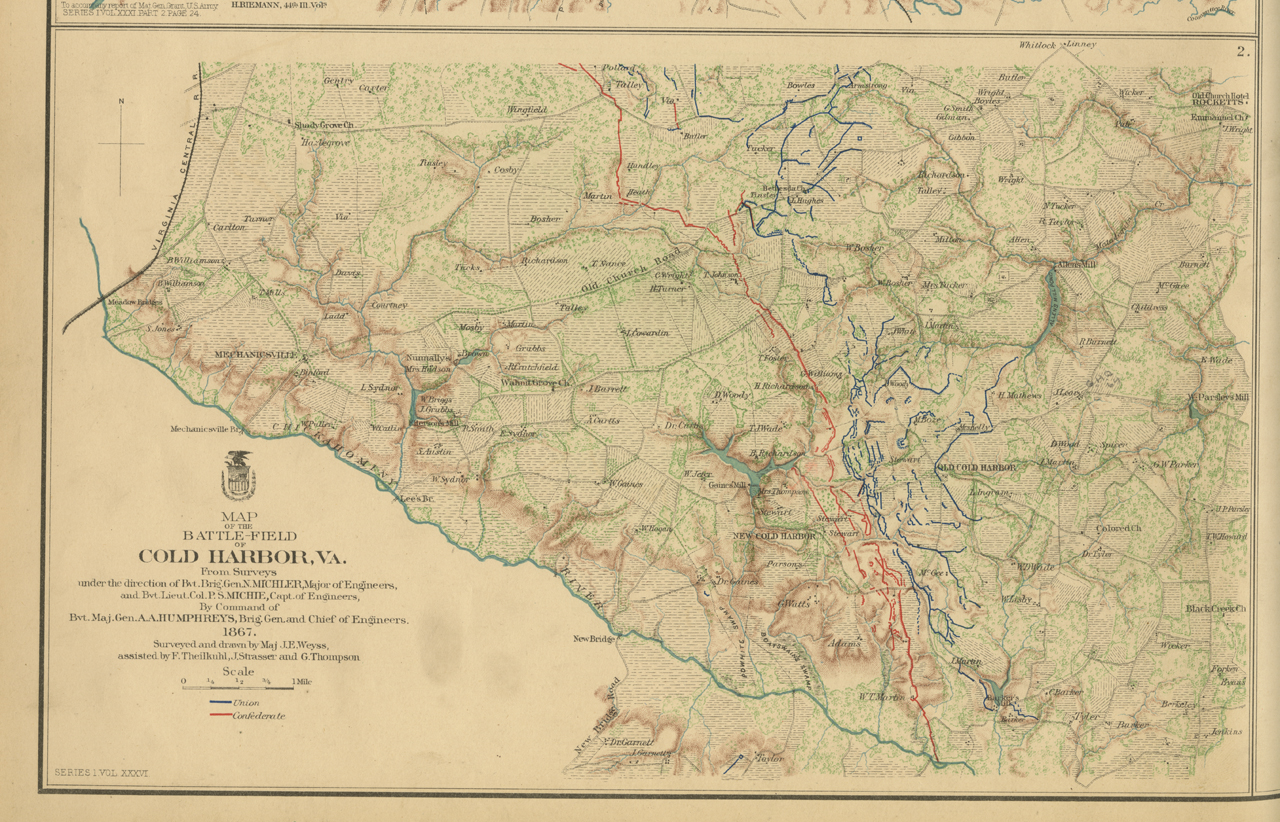 The Art of Mapping War

New ideas are sometimes birthed out of tragedies. In 1864, President Abraham Lincoln signed a bill passed by both houses of Congress authorizing an ambitious task, the creation of an official account of the Civil War using records that commanders wrote while in the field. The records considered “official” included correspondence, telegrams, and general orders. From the start, major issues surfaced with the project. The Adjutant General’s Office created the first set of records in the form of forty-seven volumes; however, they lacked clarity and organization, making useful research nearly impossible. The added failure of Congress to provide additional funding to correct and complete the project brought the entire effort to a standstill.

It was not until 1874 that Congress approved funding to begin the project once again, this time moving it from the Adjutant’s Office to the War Department.  It was at the War Department that Lt. Col. Robert N. Scott took the lead on the project, and with dedication, thoroughness, and detail, he began assembling the records. He implemented an organizational structure by compiling the records into series and then arranging them chronologically. The series included battle reports, reports on prisoners of war, reports on political prisoners, and general correspondence between state and federal officials. 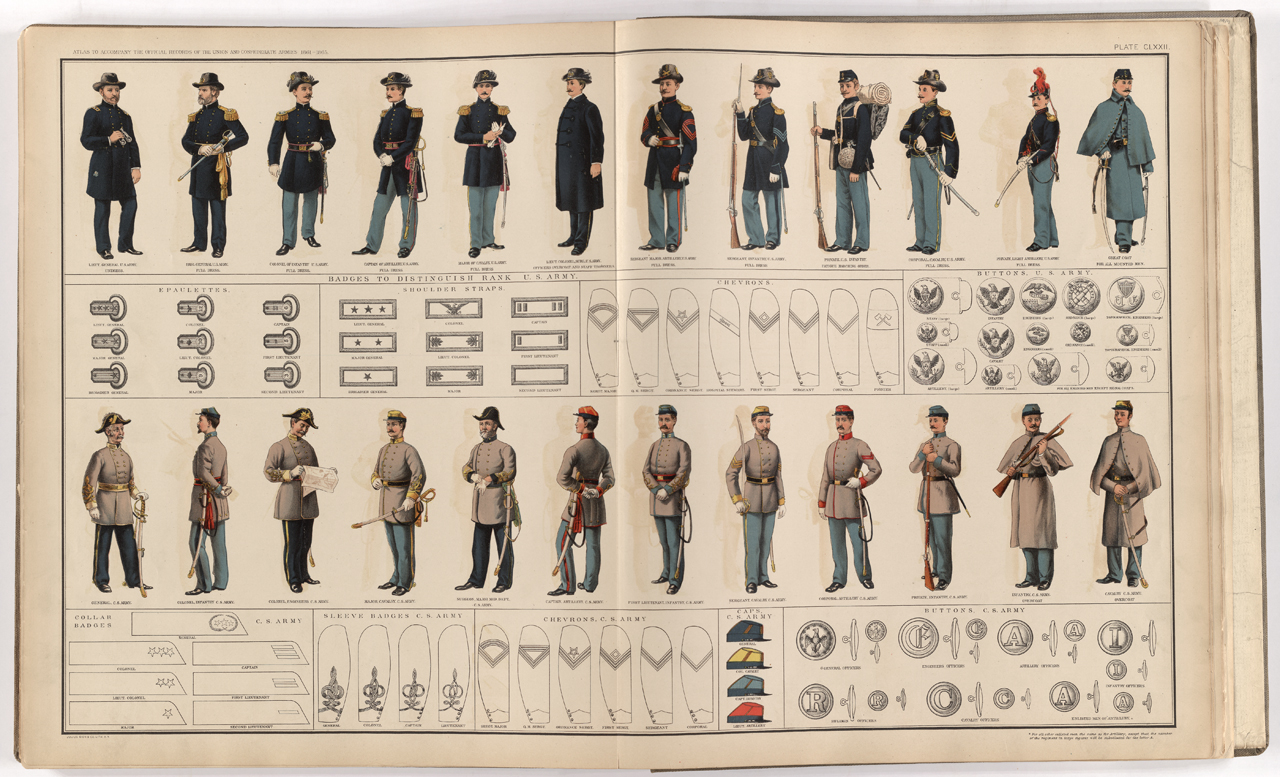 In March 1889, serious work began on developing atlases to compliment the completed official record. Over a thousand map entries, the work of cartographers, engineers, and draftsmen, were available for categorizing. Some were in the form of double sided sheets called “plates” and others were just large maps. First Lt. Calvin Duvall Cowles of the Twenty-Third U.S. Infantry was in charge of the map project and managed the creation of the first set of folios, which included seven published plates. By 1895, the entire series of Civil War atlases had been completed; most maps were bound, organized, and indexed with a table of contents to aid researchers in finding specific maps. The atlases contained maps presenting strategic battlefield renderings, with short narratives giving information about the troop movements and times of specific battles. Some maps identify regiments by color and arrows, blue for Union and red arrows for Confederate troops. The maps give descriptions of terrain along with renderings of fences, corn fields, creeks, and other descriptive battlefield notes. In addition to the maps and battle strategies chronicled, one hundred and six engravings and two hundred drawings of uniforms, equipment, and the Federal Corp flags were also featured in the volumes. 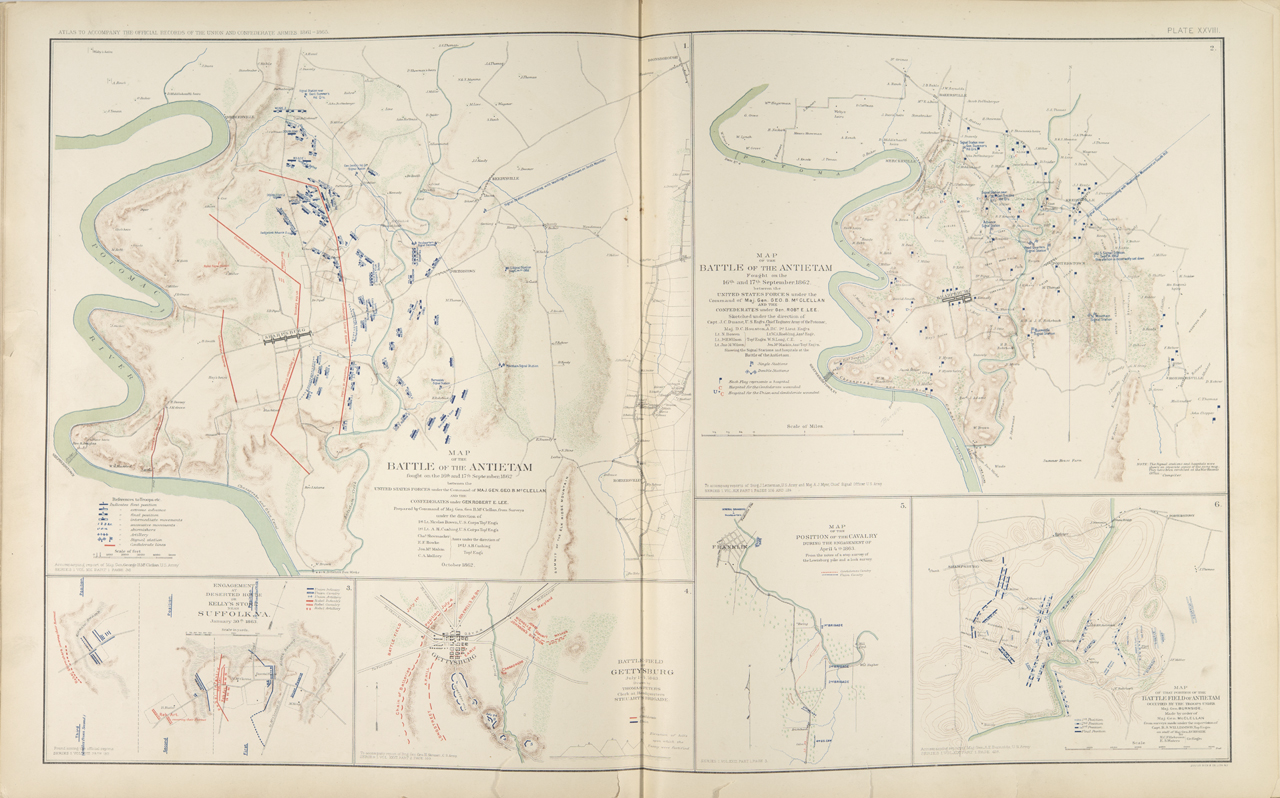 It was later discovered that the accuracy of the maps and original reports was only as good as the the creators themselves. A commanding officer’s memories at the time of writing reports proved to be the guiding eye for a cartographer trying to document this major and historic U.S. conflict, and memory is often faulty or conflicting. As a result, the atlases could not necessarily be considered completely accurate for those doing historical research.

The Library of Virginia is fortunate to have in its map collection four original bound atlases, entitled Bound Volume, House Miscellaneous Documents, Vol. 40 No. 266, War Atlas, 1851-1865, 52 Congress First Session 1891-1892. This set includes plates numbered 1-175.  The original (though incomplete) set of Civil War atlases, Atlas to Accompany the Official Records Union and Confederate Armies, compiled by Calvin D. Cowels, 1861-1869, are unbound folios.  The 1983 publication The Official Military Atlas of the Civil War, authored by Major George R. Davis, Leslie J. Perry, and Joseph W. Kirkley, was the source for this article, and is also part of the Library of Virginia’s vast book collection.