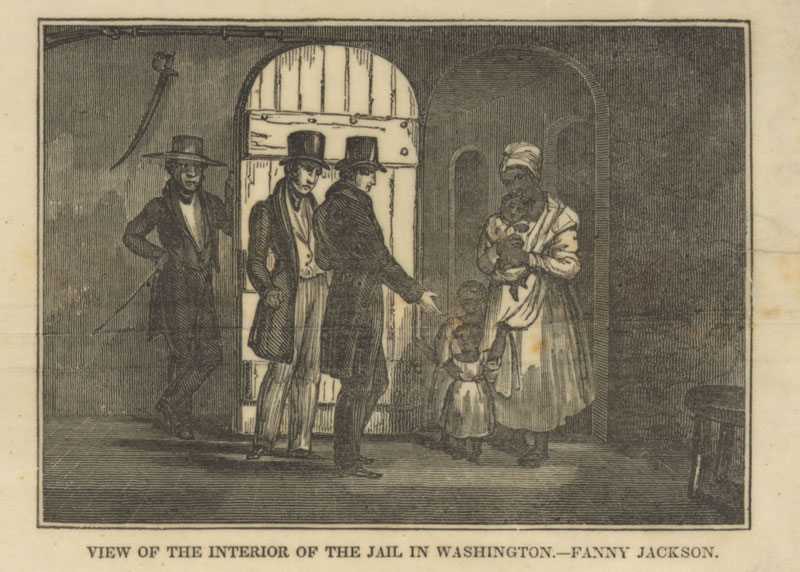 This is the first in a series of blog posts on the record types found in the forthcoming Library of Virginia research database: Virginia Untold: The African American Narrative. The initial database release will be on 1 February 2016.

Enslaved African Americans in antebellum Virginia attempted to secure their freedom in many ways. The violent, armed uprisings led by Nat Turner and Gabriel loom large in historical memory, and the historical record is littered with stories of runaway slaves stealing off in the night to seek freedom with the help of the Underground Railroad. However, the narratives of enslaved individuals who used the law to secure their freedom are frequently missing from this dialogue. The Library of Virginia’s collection of freedom suits helps to illuminate these stories.

Enslaved Virginians could petition the court for their freedom “forma pauperis” based on a few different claims. Since free or enslaved status in antebellum Virginia was based on the status of the mother, petitioners often sued on the basis that they were born of a free woman. In many cases these suits involve individuals claiming descent from a Native American. After 1788, slaveholders who brought slaves to Virginia when resettling from another state were required to register their slaves with the county court and sign an oath stating that they had not brought them for the purpose of reselling. If a slaveholder failed to register his slaves within one year of relocating to the commonwealth, the slaves could gain their freedom by petitioning the courts. Petitioners also sued on the basis that they had already received their freedom by a deed of emancipation or a last will and testament.

The petitioners were granted court-appointed attorneys, and then faced the tough task of proving beyond a reasonable doubt that they were in fact entitled to their freedom. A freedom suit in Rockingham County styled Gracy, etc. vs. Exr. Of James Fulton includes instructions for the jury and plainly states that “the issue is always upon the plaintiffs or petitioners right to freedom against all the world” and that “the presumption is that every negro is a slave.” As a result, these suits are rich in narrative and many contain supporting documents such as free Negro registrations, wills, deeds of emancipation, and depositions, all collected in an effort to support the claim of freedom. Often there are references to the parents, grandparents, and children of petitioners, providing a wonderful genealogical resource. A few of these narratives have been featured on Out of the Box in the past, including the stories of Jane Webb and Hester Jane Carr. 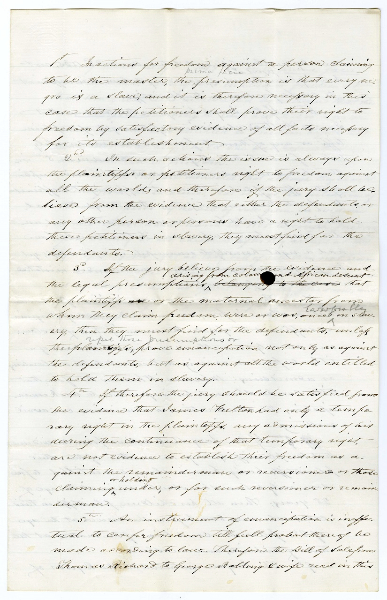 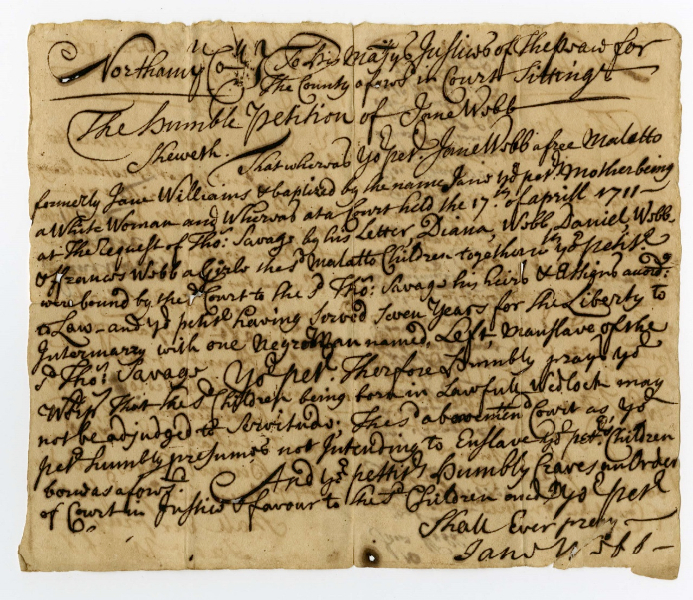 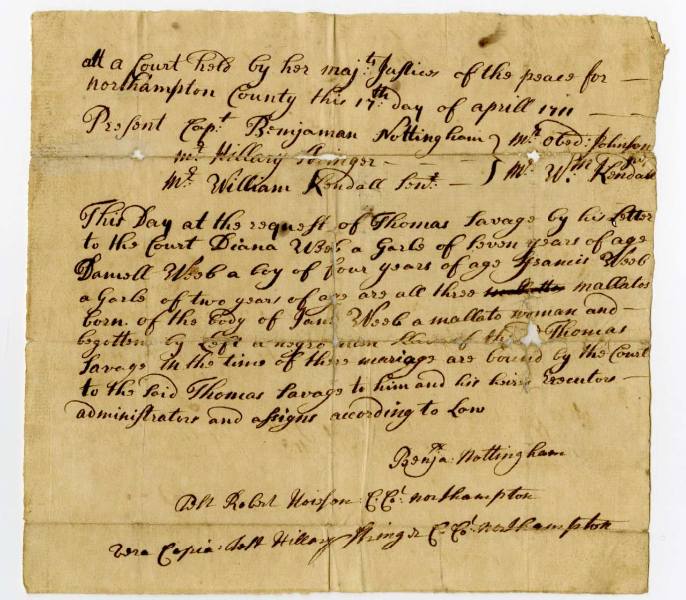 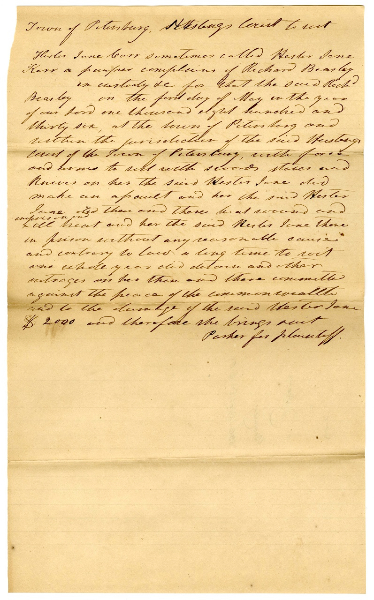 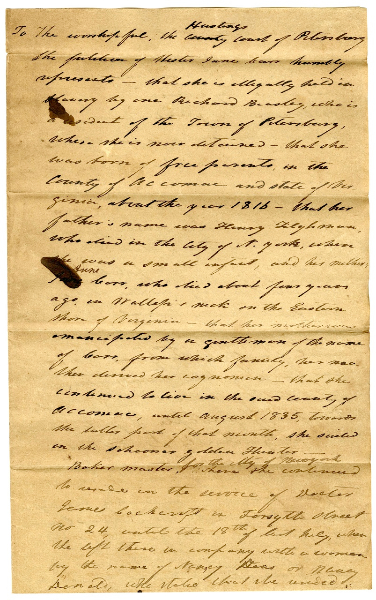 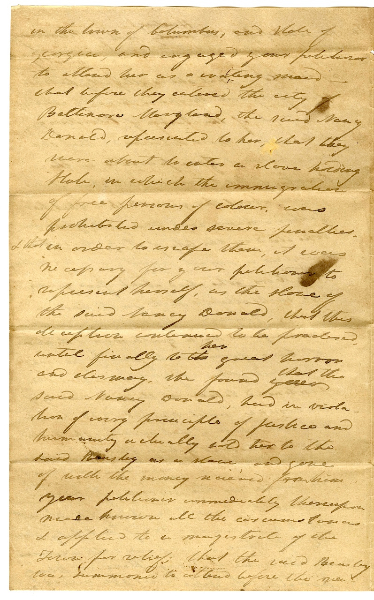 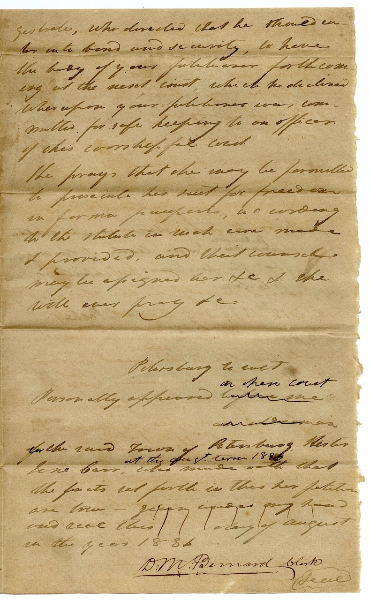 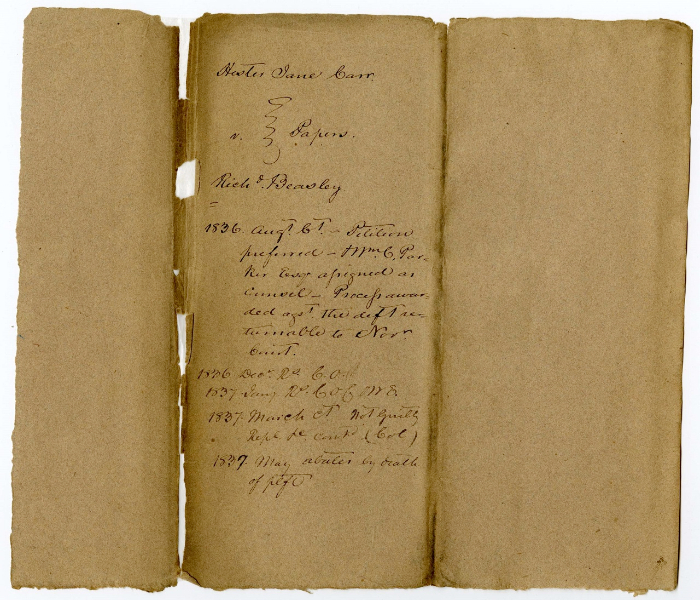 This is just a small sample of the powerful narratives found in these freedom suits.  Currently there are 225 freedom suits indexed for Virginia Untold: The African American Narrative, with many more yet to be processed. You can help us get more of these records online by participating in the Library of Virginia’s Making History: Transcribe project, where you can read and transcribe documents and contribute to the growth of this project.