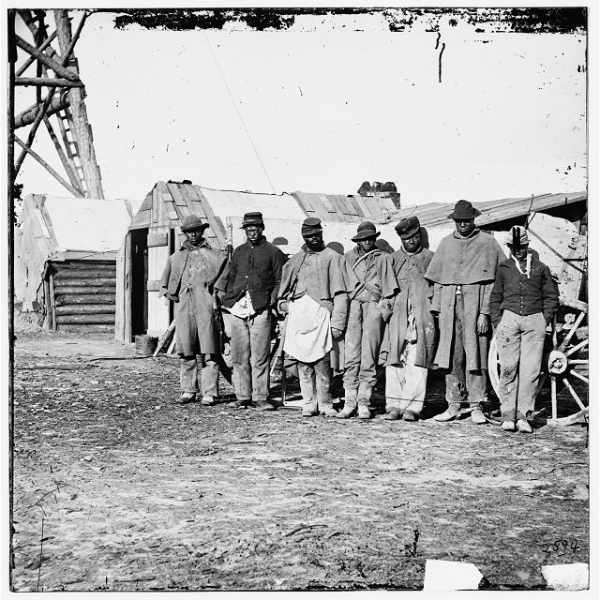 Virginia Untold: Requisitions for Public Use

This is the third in a series of blog posts on the record types found in the forthcoming Library of Virginia research database: Virginia Untold: The African American Narrative. The initial database release will be on 1 February 2016.

During the Civil War, Virginia enacted legislation to force African Americans, both enslaved and free, into “public service” supporting the Confederacy. Their primary responsibility would be to erect “batteries, entrenchments or other necessities of the military service,” which could include working in mines and factories, preparing meals and washing clothes for Confederate soldiers, or driving supply wagons. Legislation to impress free African Americans was passed shortly after Virginia’s secession from the Union.

In July 1861, the state convention that had approved secession passed an ordinance “to provide for the enrollment and employment of free Negroes in the public service.” This ordinance was amended and re-enacted by the General Assembly in February 1862. The legislation authorized local courts to enroll for “public use” all able-bodied male free African Americans between the ages of eighteen and fifty. They would not serve more than 180 days and would be fairly compensated for their services.

Many free African Americans refused to serve. According to the Encyclopedia of Virginia, “Free Blacks in Virginia considered their labors for the Confederacy as coerced and resisted their impressment when possible. Confederates forced William Peters of Rockingham County to labor for the Confederacy, ‘which I hated to do, but could not help it.’ He objected, but ‘they talked about lynching me if I did not do it.’ Isaac Pleasants, a free Black man from Henrico County, ‘deserted’ his labor on the batteries around Richmond after about a month. Robert James, another free Black man from Henrico County, secured a pass to return home temporarily before being sent to the iron mines, but ‘I didn’t go back, but hid in the woods and kept out of the war.’”

The “free Negro” requisition lists found in the Library’s collections typically contain the names of free African Americans, the district of the county in which they resided, and occasionally where they were to serve. More detailed information identified in the requisitions for public use is available in a spreadsheet found here. One Brunswick County list provides even more information, including the name of Confederate units where the free African Americans served. Of particular interest is a Cumberland County list from 1862 that records the names of free African Americans who were to report for service as hospital attendants in Farmville. The collection also includes a “receipt” of free African Americans from Powhatan County who were detailed to serve on the fortifications in Richmond. Two names on the list are crossed out: Anderson Johnson and William Tyler. Johnson was rejected for being over-age and Tyler for unknown medical reasons.

Over the course of the Civil War, the General Assembly passed several laws for the requisition of enslaved people between the ages of 18 and 40 into public service, primarily for the construction of fortifications and other public defense works.  The number of enslaved people requisitioned was meant to be apportioned fairly among the enslavers in a locality. Enslavers would be compensated $16 per month for each enslaved person. Should an enslaver refuse to provide enslaved labor, the enslaved would be seized by the local sheriff and delivered to an agent of the Confederate States. 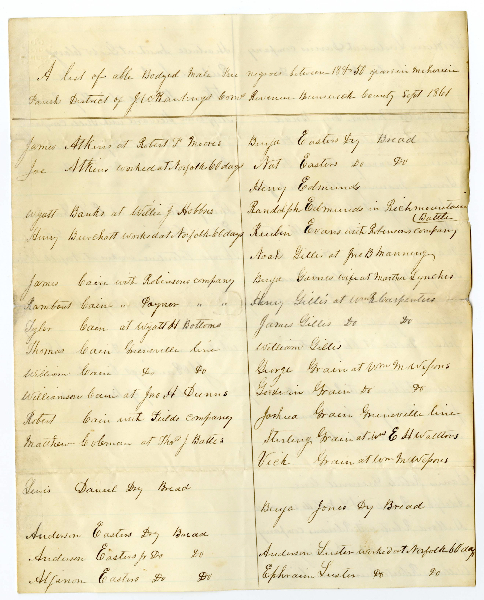 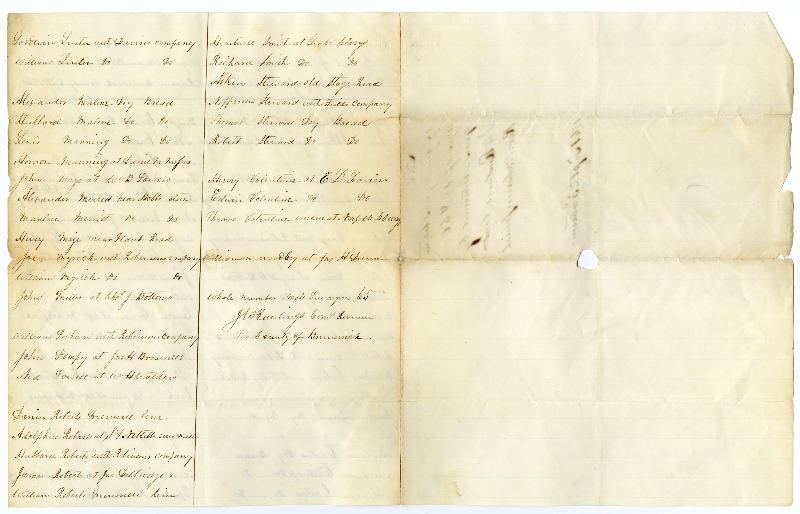 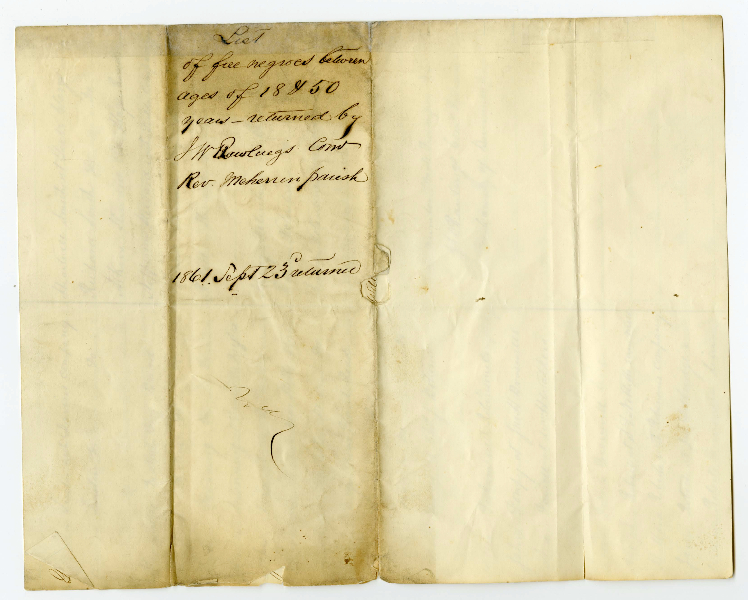 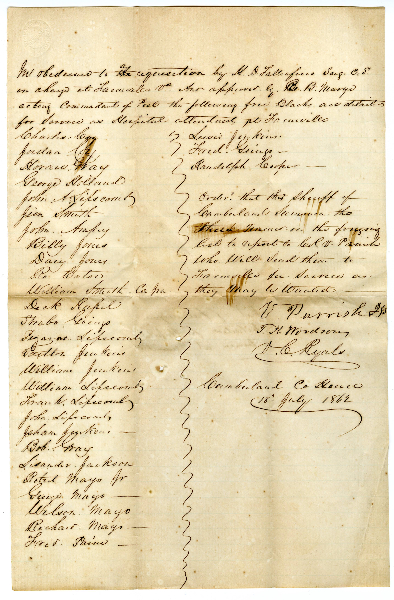 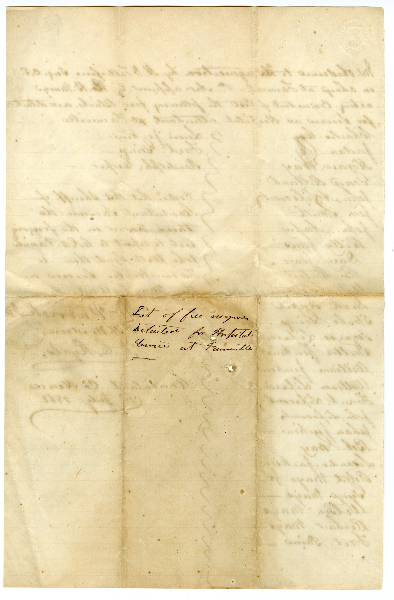 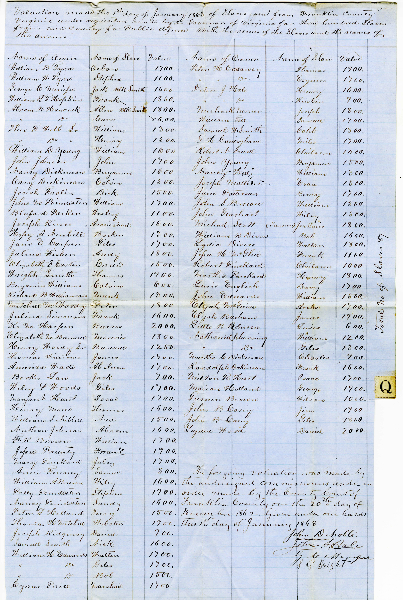 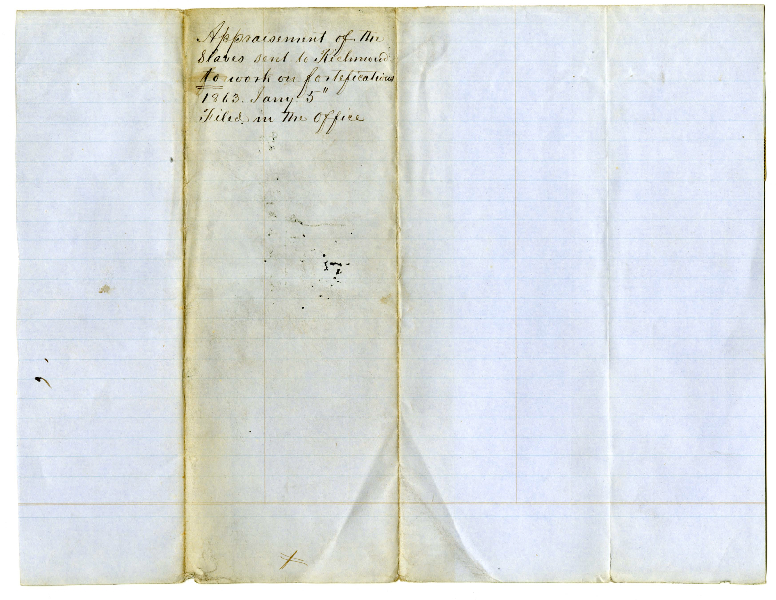 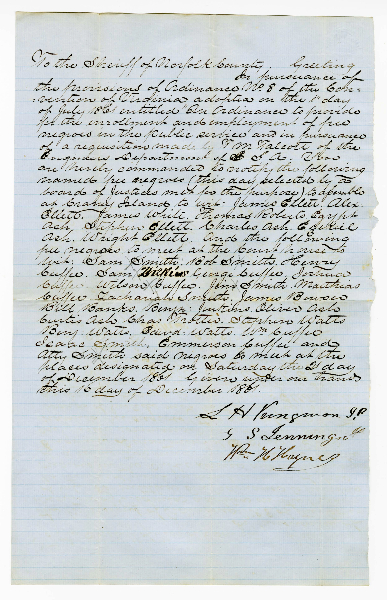 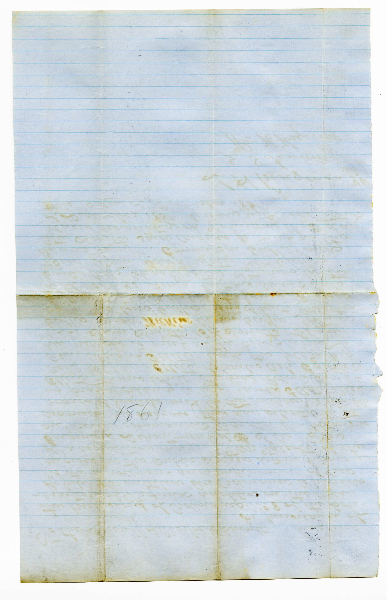 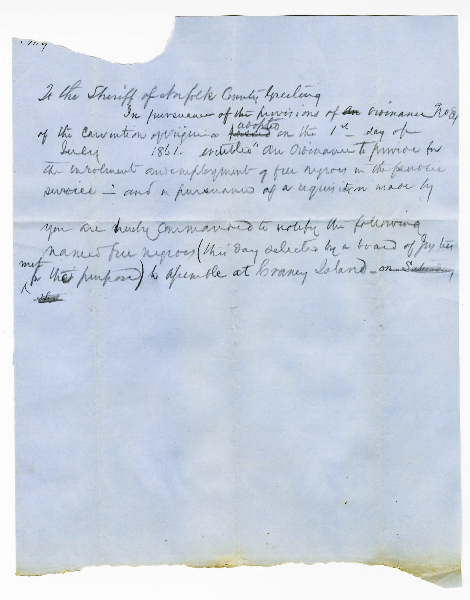 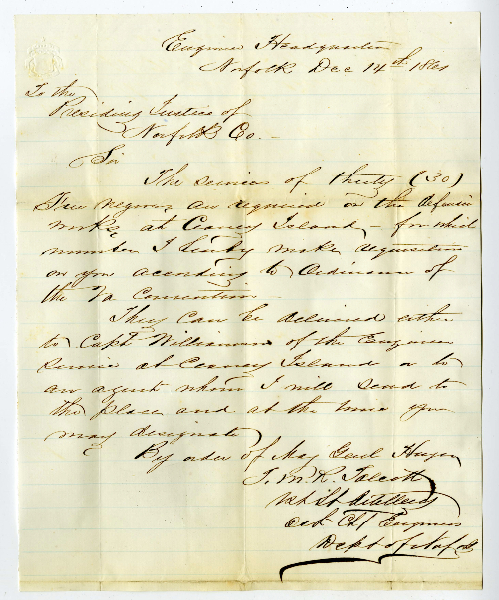 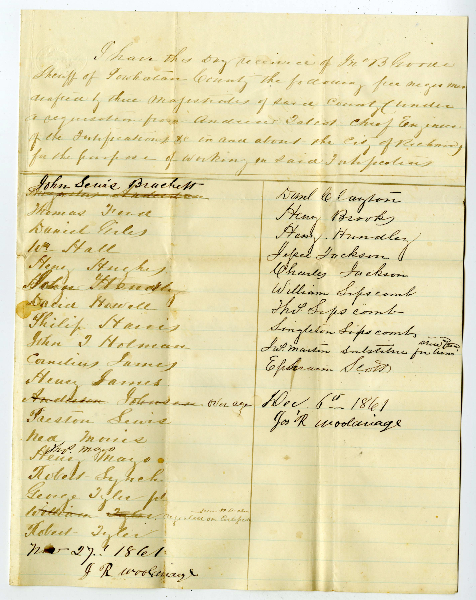 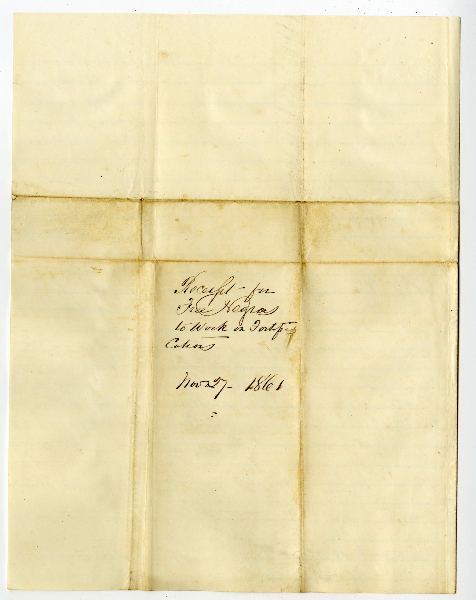 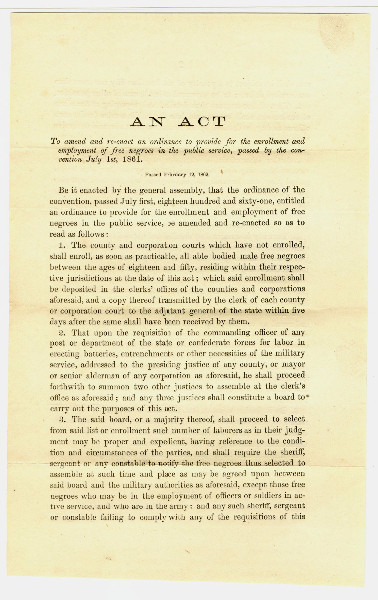 Page 1, Act of Assembly passed 1862 February 12 for the enrollment and employment of free negroes for public service. 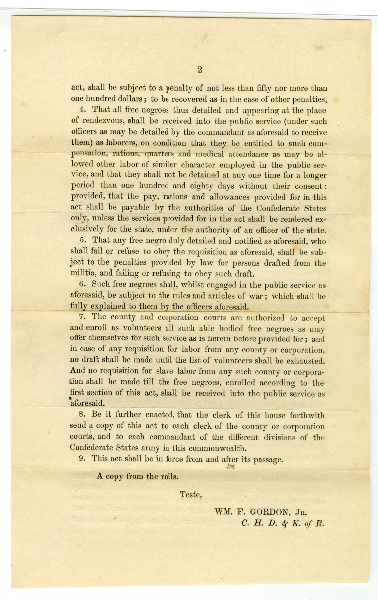 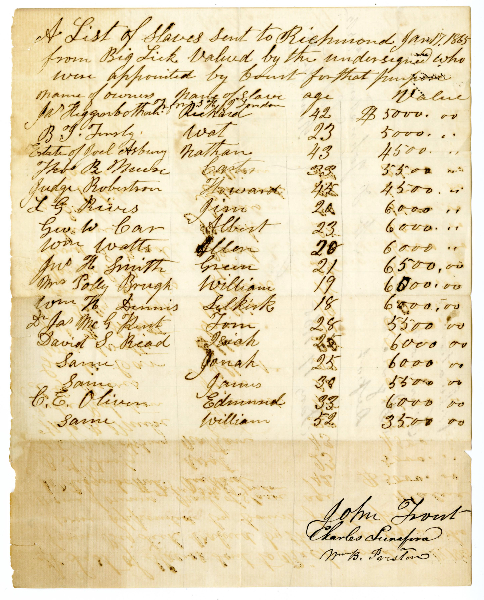 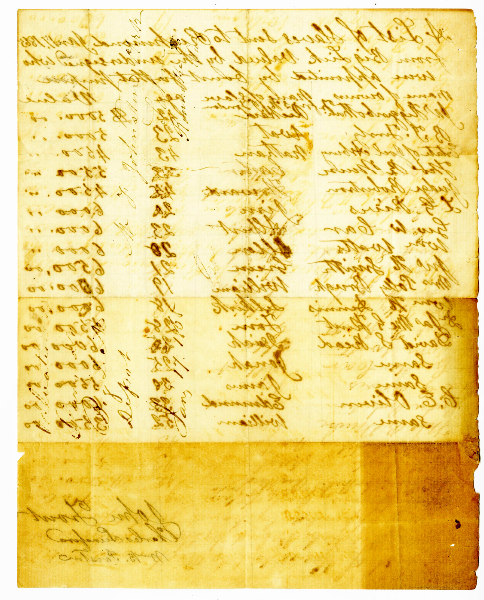 Free African Americans and enslaved people from around the commonwealth were forced to leave their homes to labor on behalf of a nation that denied them their freedoms. Thousands of African Americans were uprooted from one part of the state and moved to another. This forced migration greatly disrupted the lives of African American families. Husbands, fathers, and brothers were separated from their families to go to places where the fighting was the fiercest. There was no certainty that they would see their loved ones again.  It is probable that many never returned to their home localities such as Roanoke County, Henry County, or Franklin County, even after the end of the war. 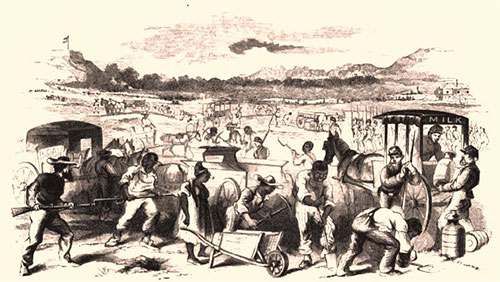