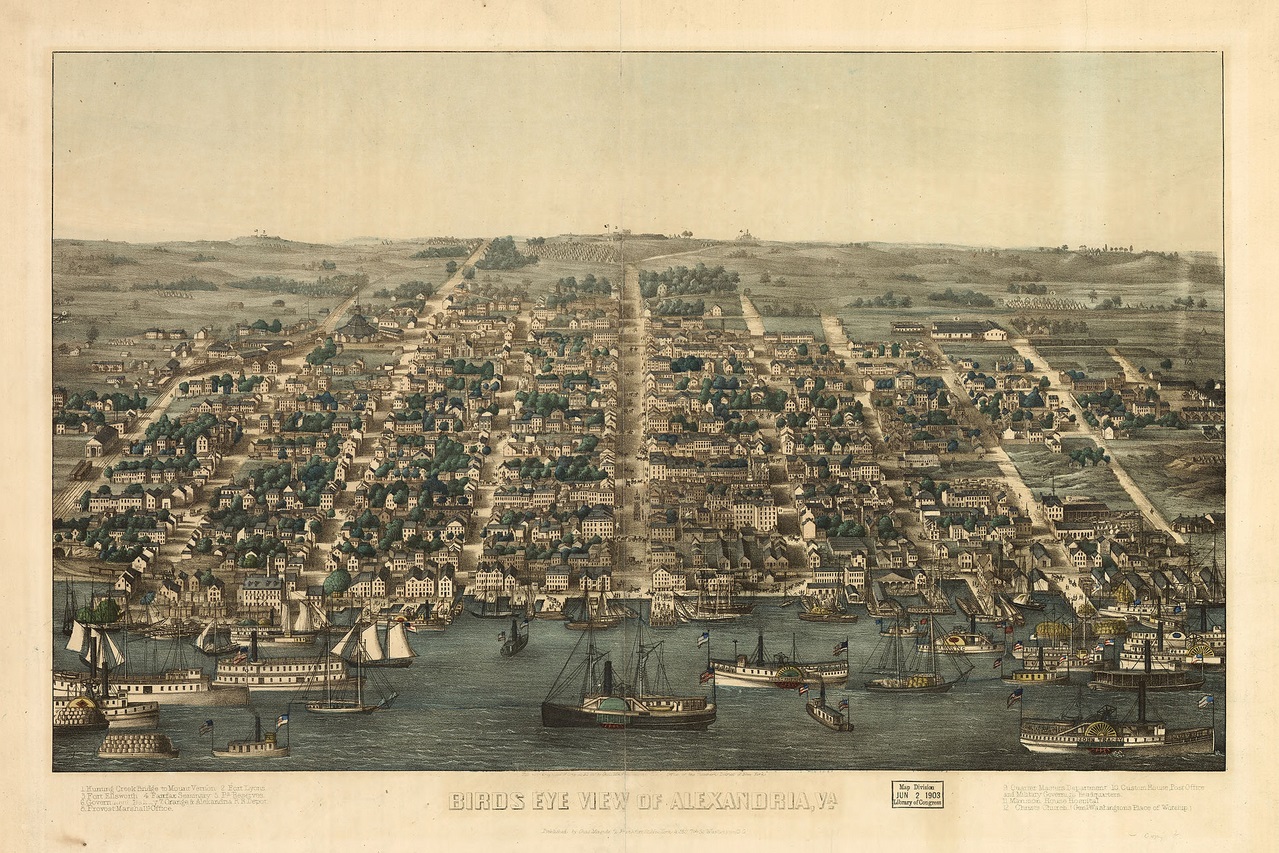 Alexandria in a time of war: From Mansion House to Camp Distribution

Alexandria was a lively town during the Civil War, so it’s no wonder PBS draws from the city’s history for its new drama Mercy Street. The series, inspired by real people and events, turns the lens from the battlefield and focuses instead on the Mansion House, a luxury hotel turned Union hospital. It follows the life of Mary Phinney Von Olnhausen, an inexperienced but capable nurse who is constantly faced with the challenges of working in an overburdened, chaotic war hospital.

So, what are the reasons Civil War era Alexandria is such an interesting setting? When Virginia officially left the Union on May 23, 1861, it was a city at once in Confederate territory and adjacent to the Union Capital. President Lincoln, needing Alexandria to shield Washington DC from Confederate forces, immediately sent Federal troops to occupy it—its proximity to the Potomac River and the railroad line also made it perfect for supply shipments.

View of Alexandria from Potomac 1863

The influx of thousands of Union soldiers only a day after Virginia’s secession vote may not have come as a total surprise to Alexandria’s inhabitants, but it wasn’t greeted with unanimous enthusiasm either. Henry B. Whittington, a Confederate sympathizer, wrote in his diary, “This is a sad day for Alexandria, and whatever may be the issue of this contest, this unprecedented move upon the part of a Republican President will ever linger in the minds of citizens while memory lasts.”

Alexandria quickly morphed from a quaint mercantile town into a “labyrinth of wharves, quartermaster storehouses, commissaries, marshalling yards, and railroad shops. . .Churches, public buildings and abandoned mansions were converted into hospitals, prisons and headquarters.” (George Kundahl, Alexandria Goes to War) And as the war progressed, its demographics changed—many of its citizens moved south, while more soldiers, volunteers and runaways settled within its borders.

With large numbers of young men confined in the small city, public intoxication became such a serious problem that in 1862, General John P. Slough ordered merchants to stop selling liquor to soldiers. 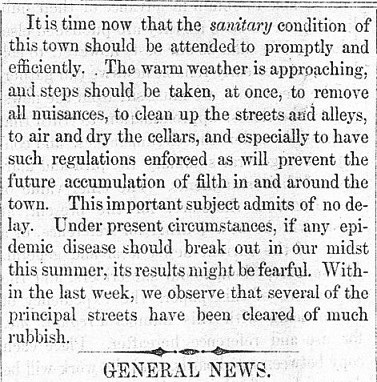 Sanitary conditions suffered as well. The Alexandria Gazette, which had ceased publication shortly after occupation until May 13, 1862, reported the day it recommenced publication that the trash situation “should be attended to promptly and efficiently” as the “accumulation of filth” could cause serious problems during the hot summer months. “Under the present circumstances,” it reported, “if any epidemic disease should break out in our midst this summer, its results might be fearful.” 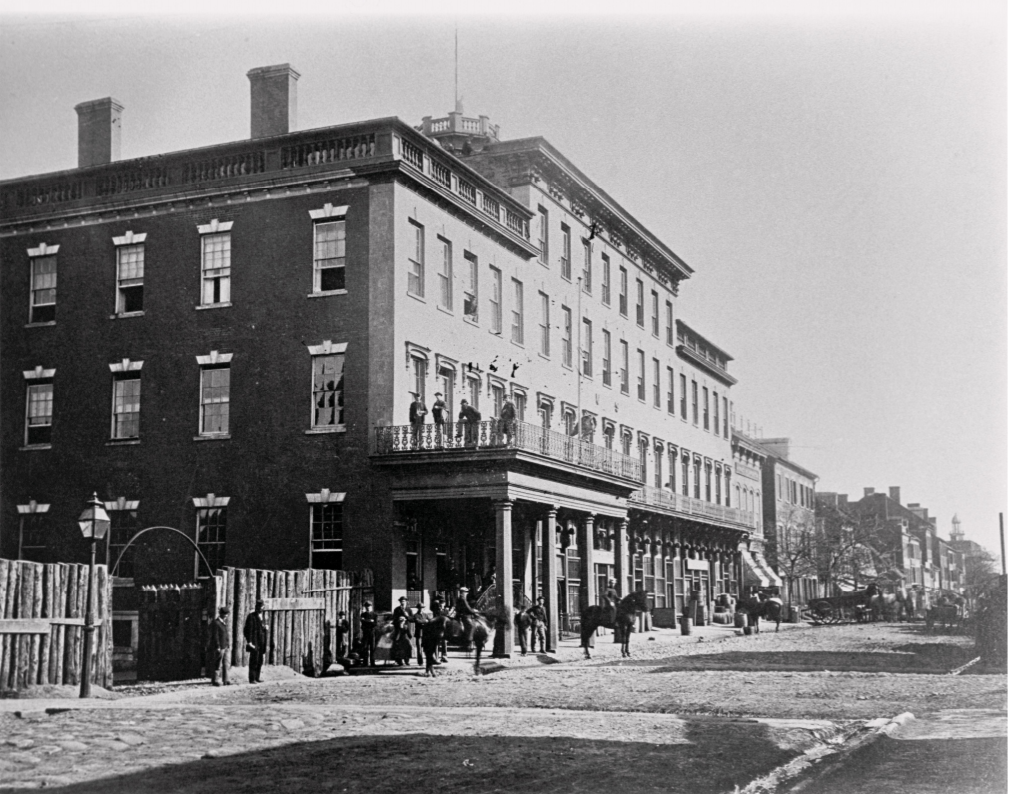 It was in this diverse, crowded and transient environment, with its young soldiers, disgruntled Confederate loyalists, female volunteers and runways, that Nurse Mary Phinney carved her name in history thanks to the diaries she left behind. The vivid descriptions in her writing are the basis for the stories depicted in Mercy Street. For example, when wounded soldiers arrived from Battle of Fredericksburg, she wrote: “The whole street was full of ambulances and the sick lay outside on the sidewalks from nine in the morning until five in the evening. . .They reached town last evening, lay in the cars  all night without blankets or food, were chucked into ambulances, lay about here all day, and tonight were put back in the ambulances and carted off again.”

While Mercy Street has brought attention to the remarkable efforts of Nurse Mary Phinney, we here at the Newspaper Project think another woman, Amy Morris Bradley, is also deserving of recognition for her wartime work. Both Mary Phinney and Amy Bradley experienced life and work in occupied Alexandria, though it’s not through a diary’s recollections which Bradley reveals that world, but rather a newspaper she published. 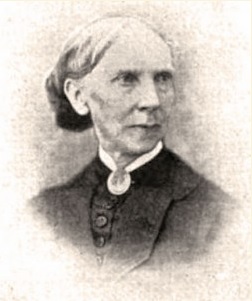 Born in 1823 in East Vassalboro, Maine, Amy Bradley earned her teaching degree by the age of 16. When the Civil War began, she volunteered as a Union Army nurse and served in numerous encampments, ultimately becoming an administrator of the U.S. Sanitary Commission. She was eventually transferred to Alexandria, where she helped establish hospital, bathing, and cooking services for the army.

During this time, Bradley helped more than one hundred thousand hospitalized soldiers obtain back pay and discharge papers. By 1864, the hospital camp in Alexandria, called Convalescence Camp, had been restructured as Camp Distribution (aka Rendezvous of Distribution), a station for soldiers awaiting their deployment orders. It was here on February 17, 1864, that Bradley began publishing the Soldiers’ Journal to provide military news to Union forces.

In the Journal’s Salutatory, editor Robert A. Cassidy explained Bradley’s singular role in creating the paper: “In December last, Miss Amy M. Bradley, Agent of the United States Sanitary Commission at this post, brought the subject before the Military and Medical authorities of this camp, and the project receiving their unqualified approval and promised cooperation, she presented it to the authorities of the United States Sanitary Commission at Washington, where it was, if possible, still more enthusiastically received, and it was at once determined that the soldiers should have an organ in Convalescent Camp [Camp Distribution].” 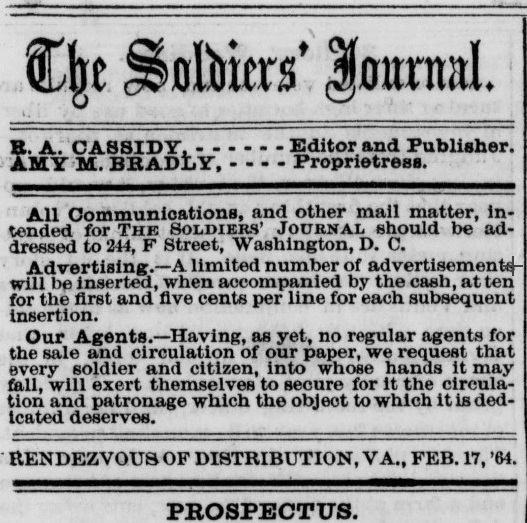 Printed weekly, for a price of five cents per issue, or two dollars per year, the Soldiers’ Journal’s eight-page issues included poetry, miscellaneous articles about battles and major war figures, letters from soldiers, camp and personal intelligence, as well as hospital, sanitary, supply, and special relief department directories. Bradley’s main agenda with the paper was to educate soldiers about their benefits and to ease them through the wartime bureaucracy. “The soldier in hospital will find in our columns,” she wrote, “how to procure pay and clothing when entitled to it; what are the requisites exacted by the Government when furloughs are granted; and discharged soldiers will be put in the way of procuring prompt settlements on their accounts without the interference of claim agents.(Feb. 17, 1864)”

During the Journal‘s short life–it was published from February 1864 to June 1865–its distribution grew to an impressive twenty thousand subscribers, including Abraham Lincoln and Ulysses S. Grant. Finally discontinued in June 1865, the Journal was sold with proceeds from the sale donated to an orphanage.

To learn more about Amy Bradley, take a look at her biography Headstrong: The Biography of Amy Morris Bradley, 1823-1904, A Life of Noblest Usefulness. To read firsthand the weekly happenings in Camp Distribution, you’ll find the Soldiers’ Journal on Virginia Chronicle, the Library of Virginia’s digital newspaper database. And for additional contemporary accounts of wartime Alexandria, check out 1861-1865 issues of the Alexandria Gazette, also  on Virginia Chronicle.

“The federal occupation of Alexandria in the Civil War changed and spared city,” by Brady Dennis, The Washington Post, April 7, 2011.

“The Occupation of Alexandria, VA during the Civil War,” by Rebecca Downes, Carlyle House Docent Dispatch, May 2011.

Title history of the Soldiers’ Journal, written by Rachel Hilton and provided by Virginia Chronicle.