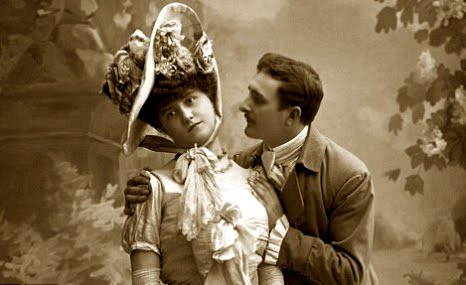 A Modern Day Soap Opera in the 19th Century

Some things in life never change.  Seasons, hunger, sleep, and calamity are constants which prove that the world repeats itself. Relationships are no different. For centuries, married couples have promised to remain faithful while one or both secretly desire the affections of another. In the 19th century, the marriage of Mary and William Cox served as an example of infidelity not unlike a modern-day soap opera.

An 1873 bill to the court indicates that the marriage of Mary and William Cox was in distress because of an adulterous lifestyle. Despite three years of marital bliss, Mary accused William of being unfaithful with several women because he no longer wanted to provide for his family. Mary’s accusation also implied that William molested her and the children, abandoned them, and later forced her to rent a place to stay. To satisfy her expenses, Mary works for the landlord before deciding to ask the courts to require William to answer for his actions.

Two court depositions are documented. The first, from George W. Clark, responded to the question of whether he was aware of William Cox’s unfaithfulness. Clark confirmed that he had known the couple since their marriage and that, as a practicing physician, he had discovered that Mary Cox contracted gonorrhea from her husband. Clark even testified that he actually heard William say that he had encounters with women other than his wife.

The second deposition was by G.M. Haley. Haley also believed that William had committed adultery. He testified of seeing William disrobe and go to bed with other women. It was further confirmed by testimony that William made financial commitments to other women, and was previously diagnosed with a “private disease.”

Because William Cox was not present to defend the allegations, the court decided to grant divorce on the grounds of adultery. Mary Cox was awarded reimbursement of legal fees, and an annual sum of $50 to care for her children. Of course, a yearly payment of $50 for child support pales in comparison to what is typically paid in today’s divorce settlements. Yet, it does prove again that some things never change.

The Patrick County chancery causes, 1803-1912, including  Mary Cox by & c. vs. William Cox, 1873-008, are available on the Chancery Records Index (CRI). Their processing and scanning were made possible through the innovative Circuit Court Records Preservation Program (CCRP), a cooperative program between the Library of Virginia and the Virginia Court Clerks Association (VCCA), which seeks to preserve the historic records found in Virginia’s circuit courts.