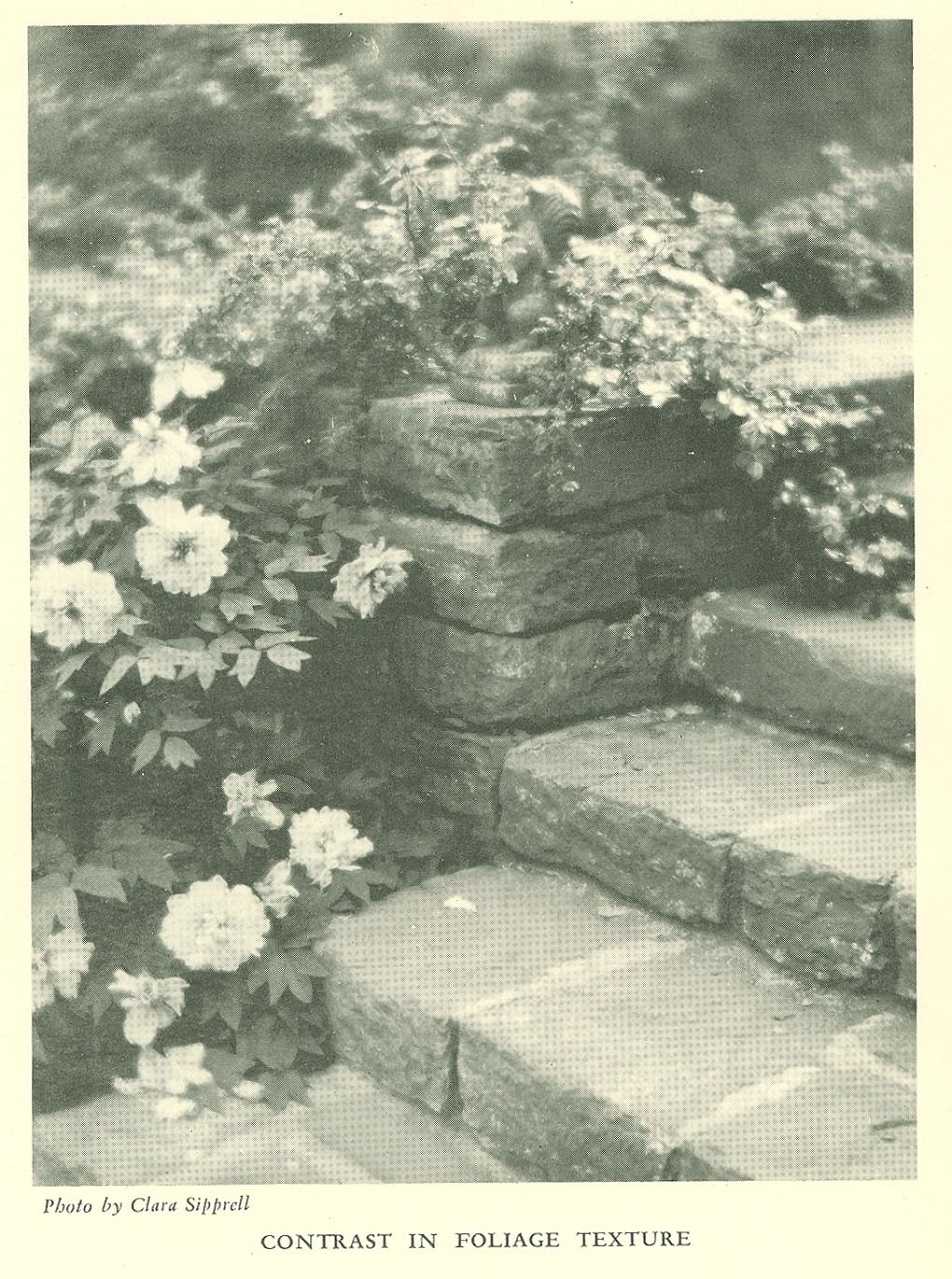 You never know what might turn up when someone calls, emails or comes in with “old books,” and so with each contact, the adventure begins anew. Several months ago three such instances led to the discovery of several rare gardening and architectural books which will enhance the LVA collections. It’s perfect timing, as we begin to plan our spring gardens, anticipate those spring plant sales, and buy tickets for Historic Garden Week tours.

The recently acquired treasures are: 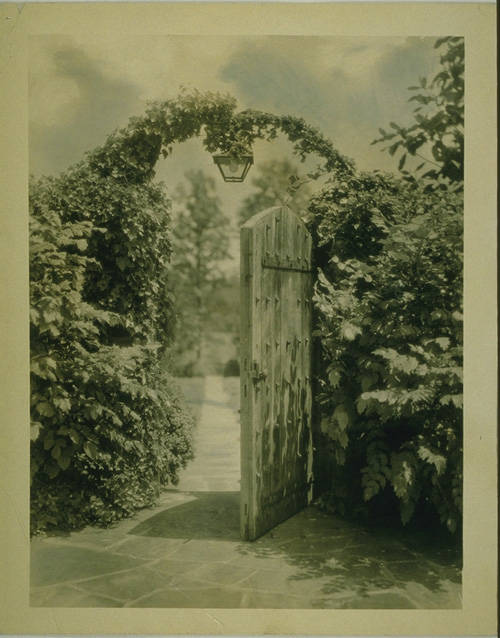 A. J. (Andrew Jackson) Downing was one of the most influential architects and landscape designers of the mid-nineteenth century. The first edition of his seminal work, A treatise on the theory and practice of landscape gardening, was published in 1841. The Library has acquired a copy of the fifth edition from 1854. This is an earlier edition than that previously held in the rare book collection. Along with Frederick Law Olmsted, Downing created the art of American landscaping. Downing’s book was so popular there were at least eight editions by 1875. This copy of the fifth edition needs some conservation work, but even in its well-used condition it is a valuable addition to the Library’s collection of historically significant landscape and gardening books.

Downing was also instrumental in popularizing the Gothic, picturesque, and Italianate styles of architecture through his architectural pattern books. Along with Olmstead, Downing also collaborated with Alexander Jackson Davis. The influence of their pattern book, Cottage residences (1842), can still be seen across the United States. 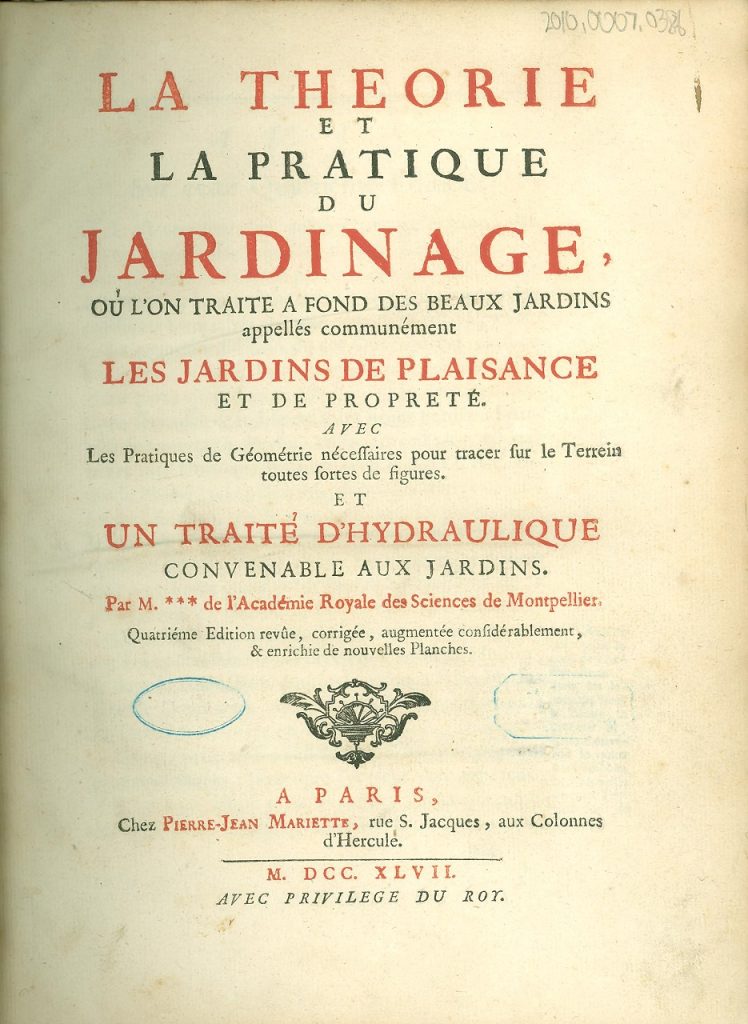 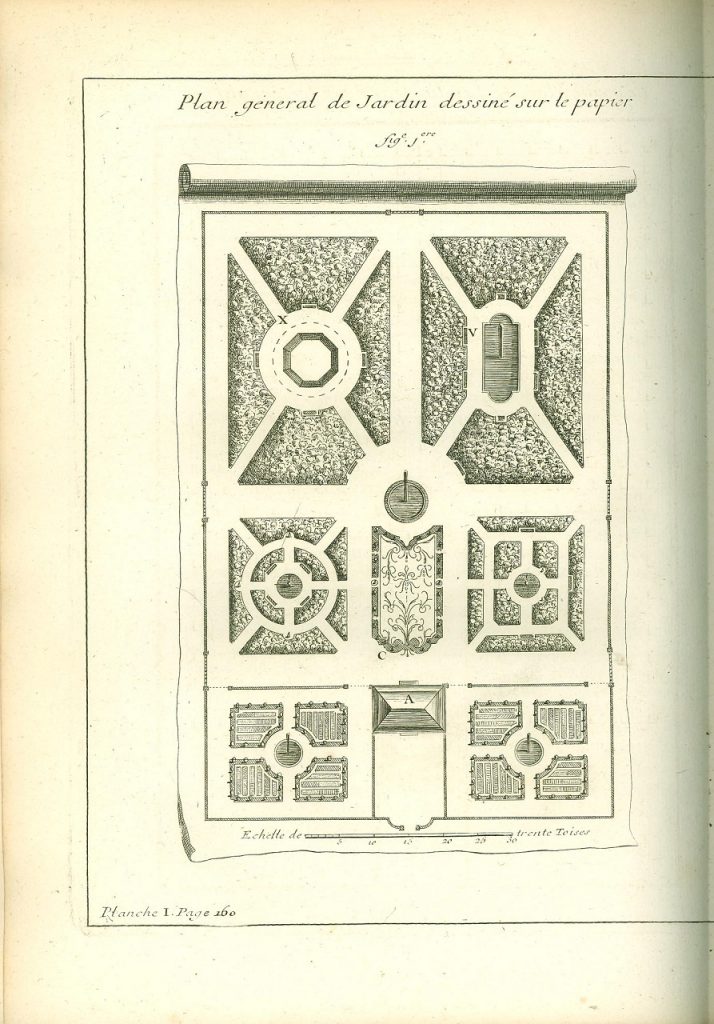 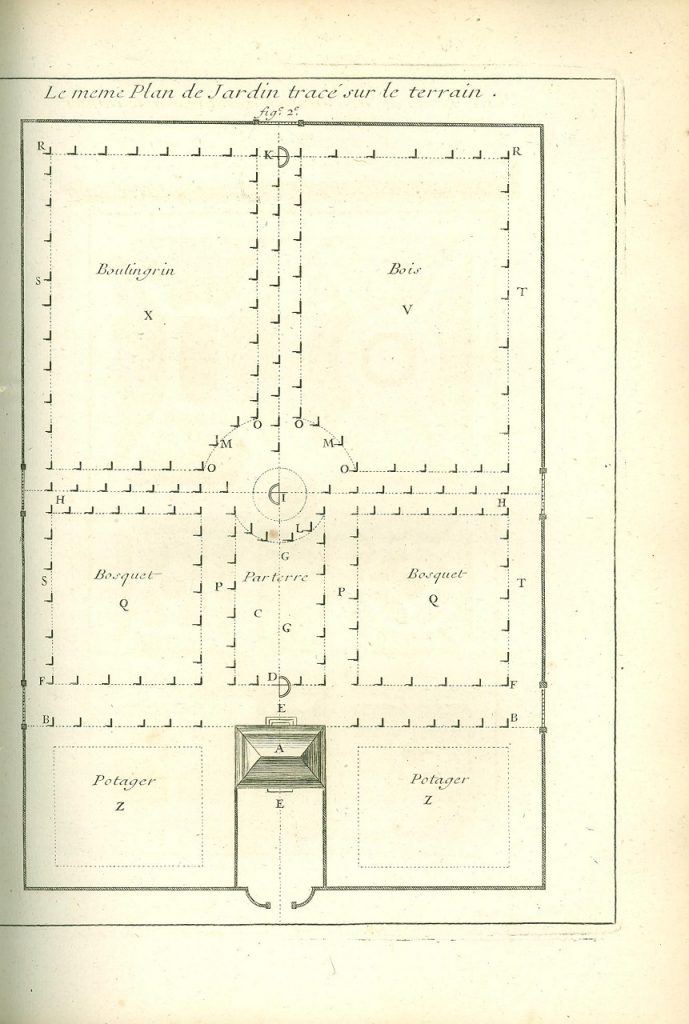 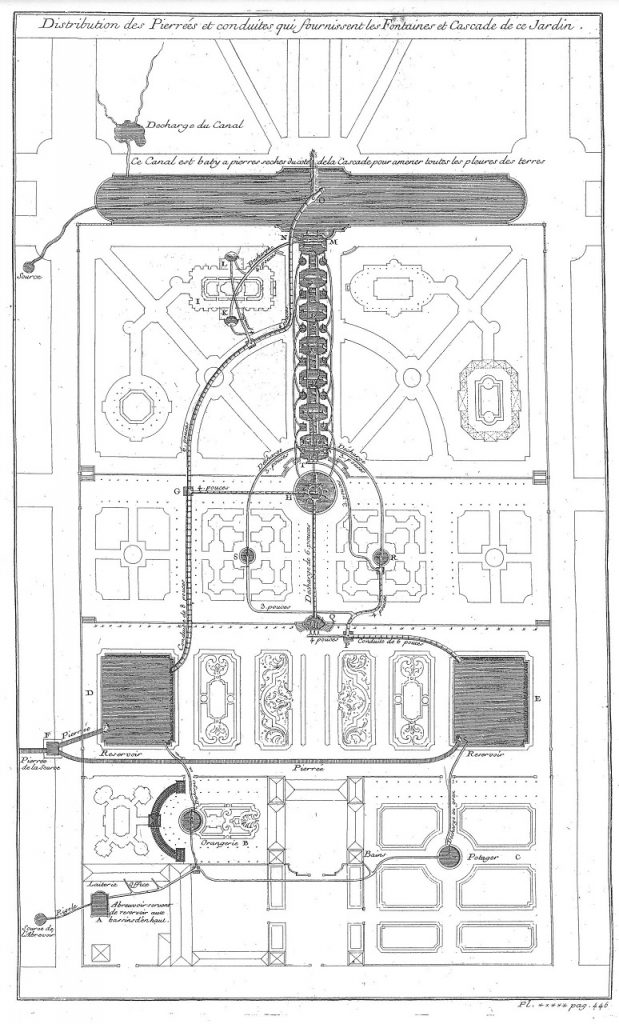 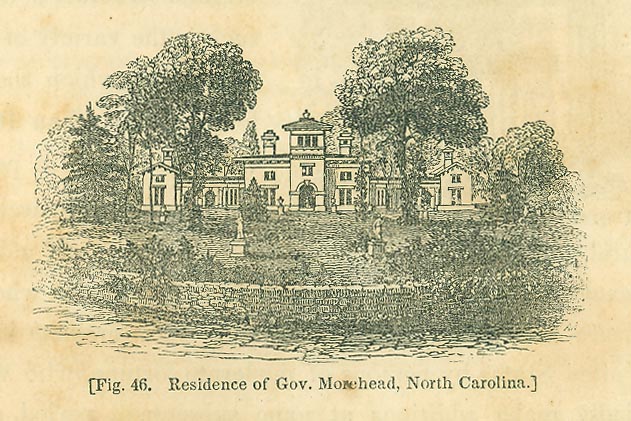 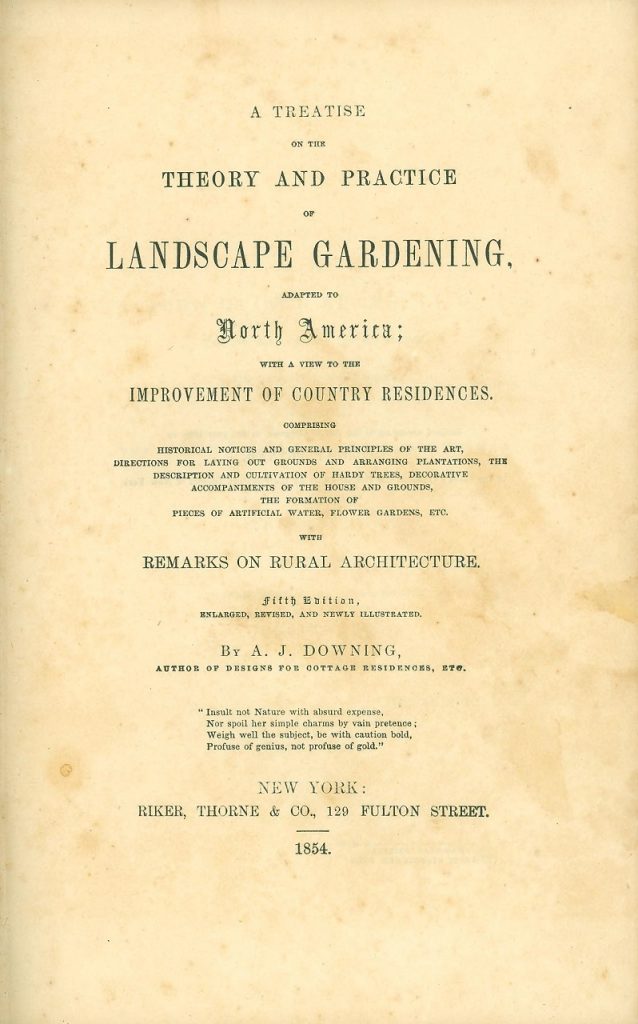 Title page, A Treatise on the Theory and Practice of Landscape Gardening, by A. J. Downing, New York, 1854.

The copy of A gentleman’s house acquired by LVA is a second edition from 1865—the first edition had appeared in 1864, and a third appeared by 1871. Robert Kerr’s book was described as “the most lucid and encyclopedic account available of mid-Victorian domestic planning.” Kerr presented a history of domestic architecture in England starting in the eleventh century, describing some well-known country houses, and describing the necessity and use of every room in a Victorian country house. Few homes in the United States would compare to the scale of the stately homes of the upper classes that Kerr described, or the ones that he designed.

Kerr was a professional architect and the first president of the Architectural Association in London, serving from 1847 to 1848. This was at a time when architecture as a profession was in its infancy in the United States. Kerr’s book is not technically a pattern book, although there are numerous plans and multi-folded plates; rather, it serves as more of a textbook of Victorian architecture. 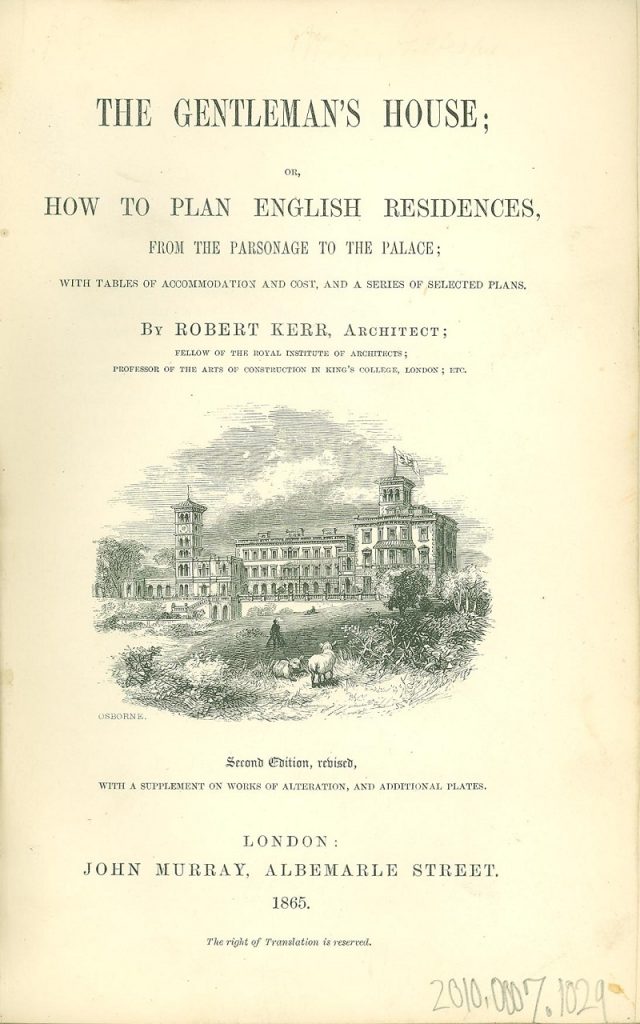 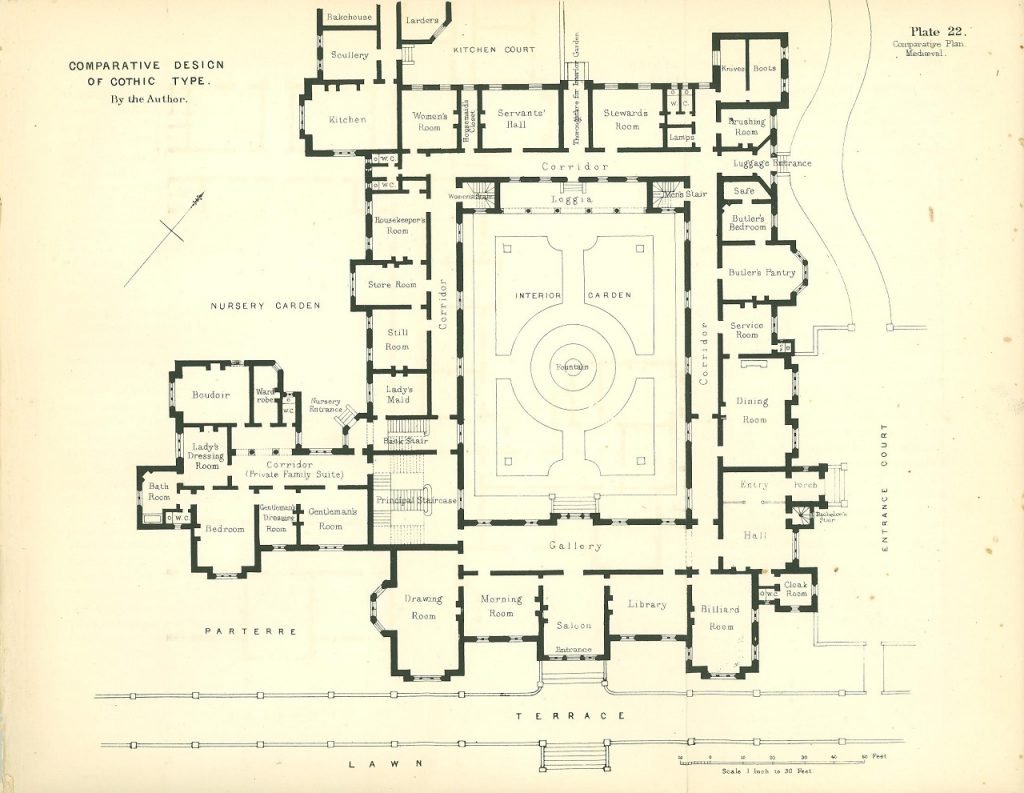 The George Tait seed company was founded in Norfolk around 1869. The company was an active supplier of all types of seeds until it was bought by another company in 1985. Catalogs, especially seed catalogs, are true ephemera. The publications are intended to be used one season or up to one calendar year. The Library of Virginia collects them for several reasons. First, they provide documentation on the businesses that produce them, recording merchandise that was developed or retailed by the company. Second, many catalogs are now great sources of colorful and imaginative graphics that represent the times and places in which they were produced.

At the beginning of the early 20th century Tait catalog covers were inspired by art nouveau designs. The Library of Virginia has only one other example of Tait’s catalogs. However, the National Agricultural Library has digitized several and posted them to the Internet Archive, such as this 1908 catalog. Additional information about the Tait Company can be found online at the Victory Horticultural Library. Although this newly acquired example is worn, one can still see the care taken in the production of the catalog. 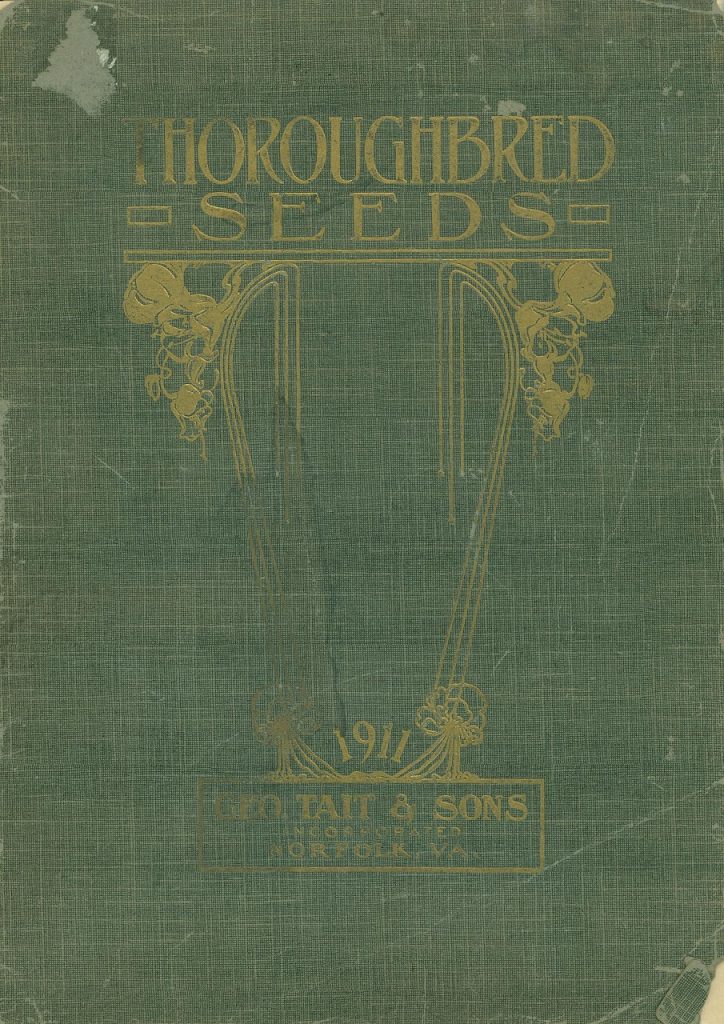 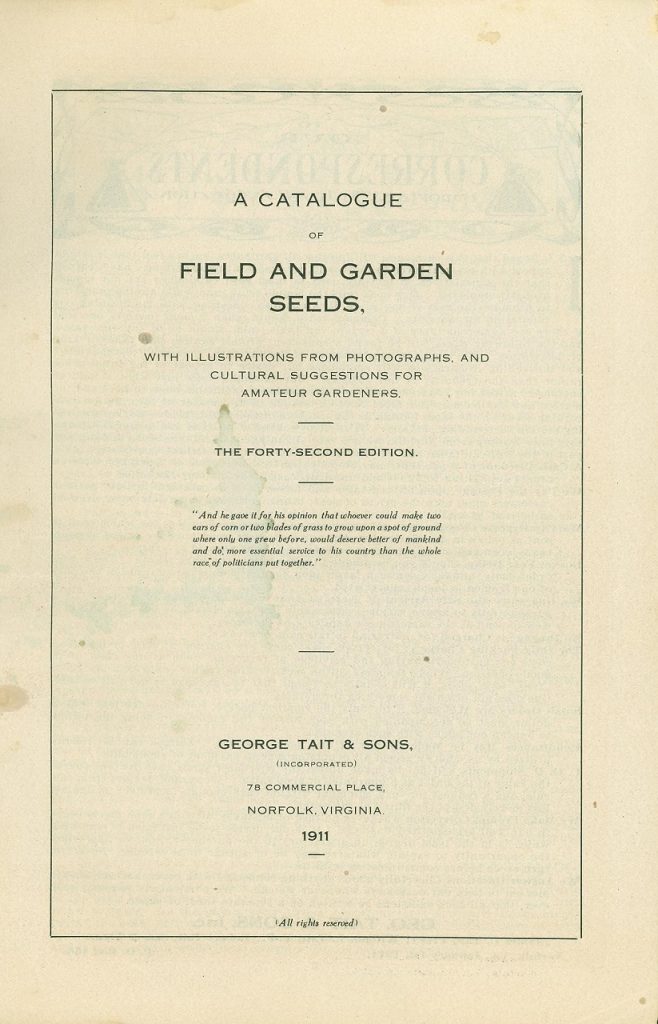 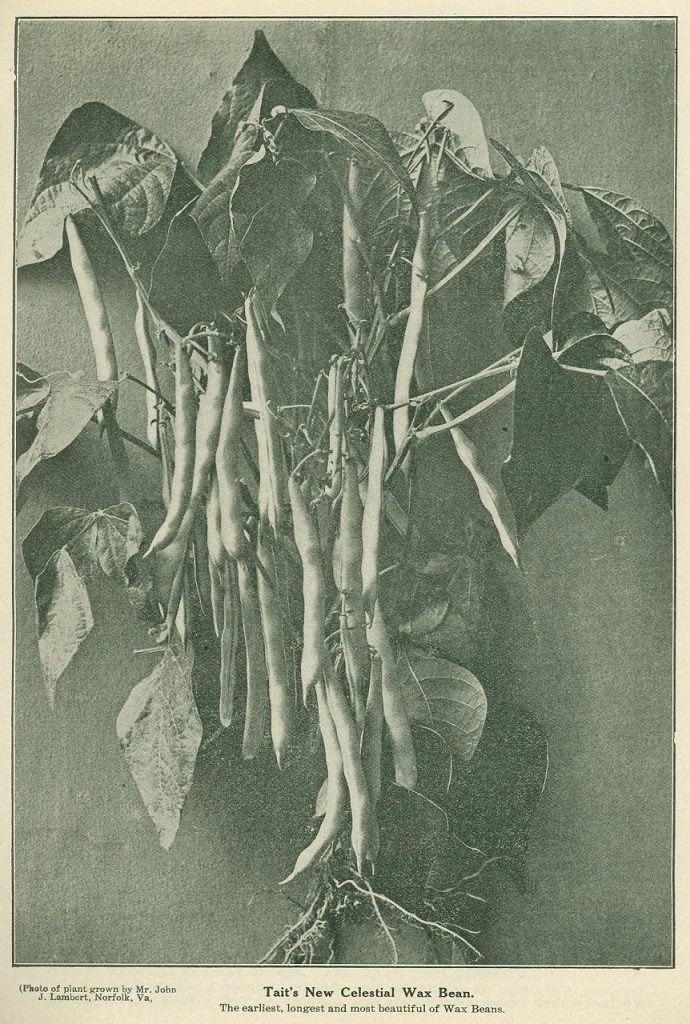 With the addition of Garden design by Marjorie S. Cautley, published in 1935, these new acquisitions cover almost two hundred years of gardening history. Garden design is not a rare book but it does represent the significant accomplishment of a female landscape architect in the early twentieth century. Cautley was known for her interests in communal architectural design and use of local species in plantings for home and park landscapes. Cautley oversaw the construction of ten state parks for the state of New Hampshire in the mid-1930s. She was considered a progressive landscape designer for her interest in abstract design, as well as her work in blighted urban areas. The addition of her book contributes to the resources at the Library that document the careers of woman in early twentieth-century professional fields such as landscape architecture. 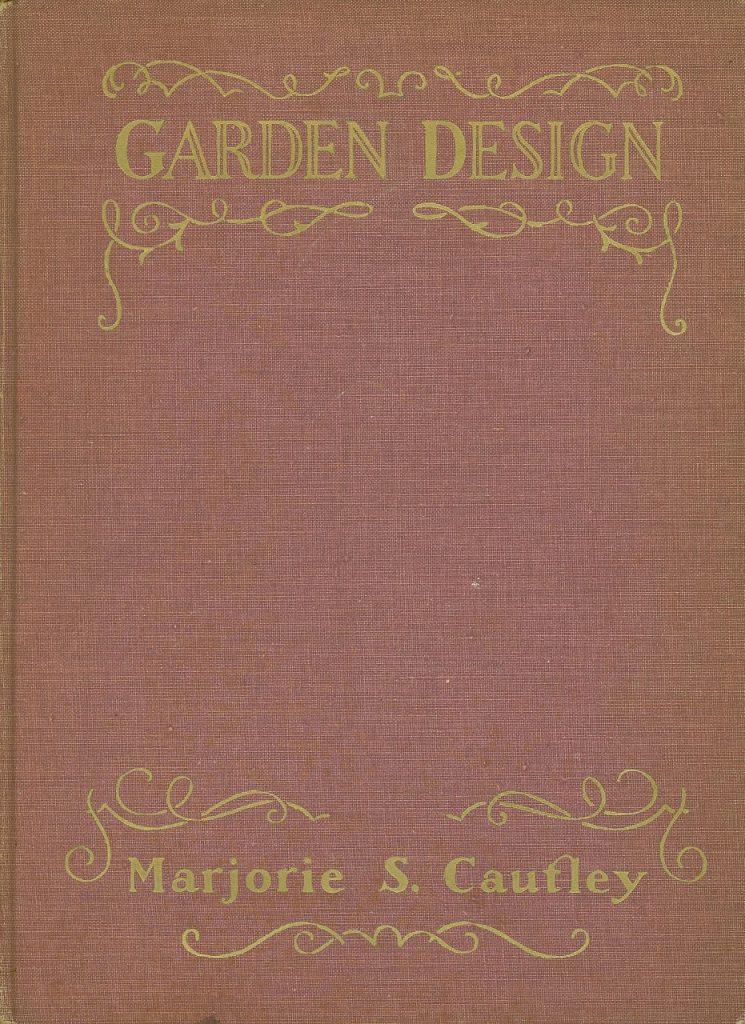 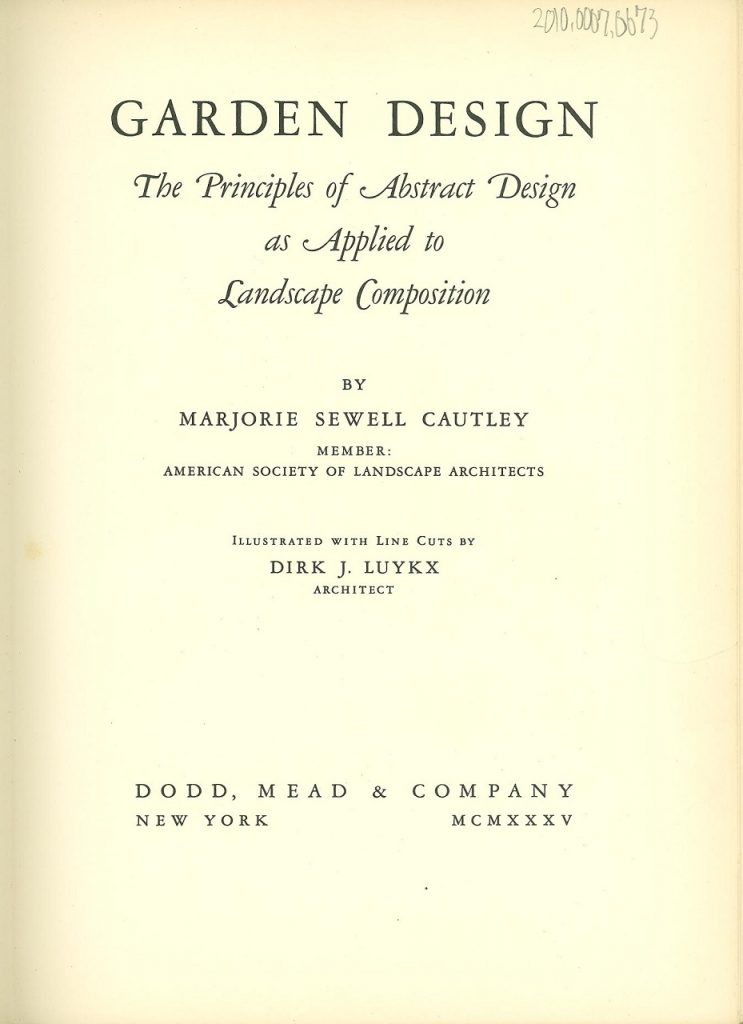 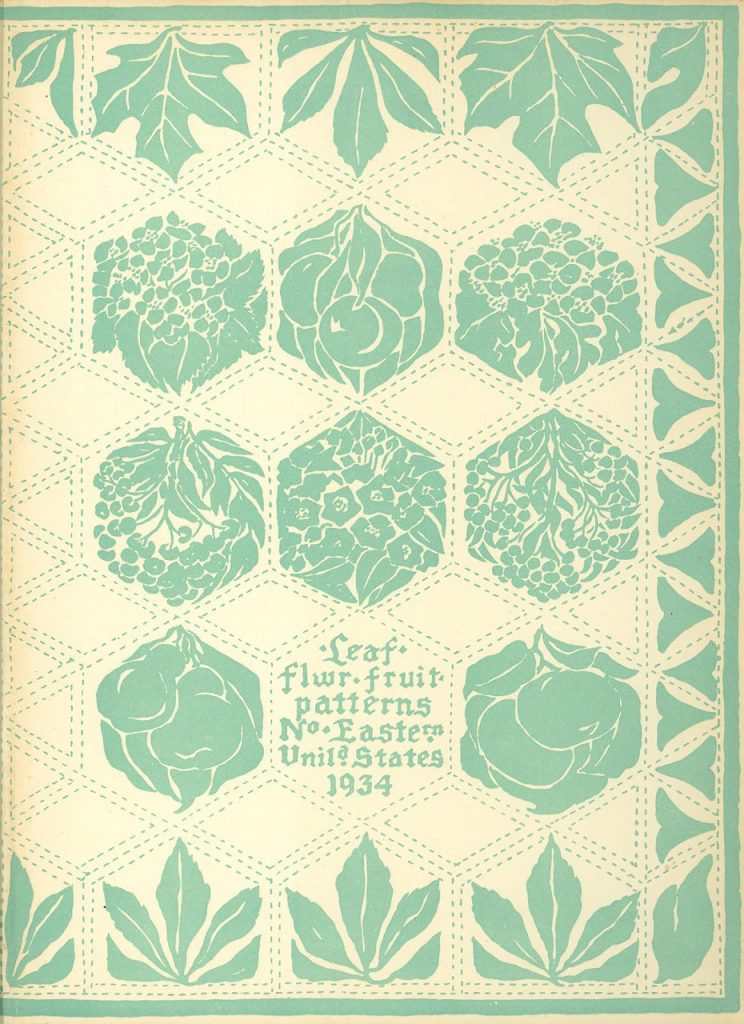 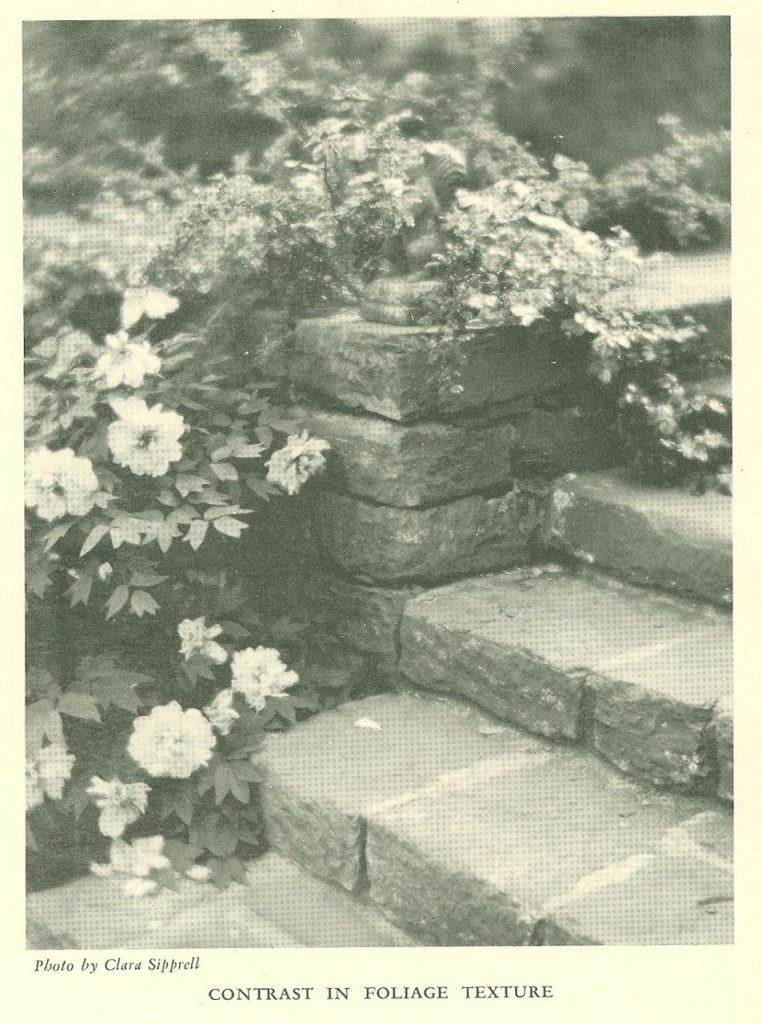