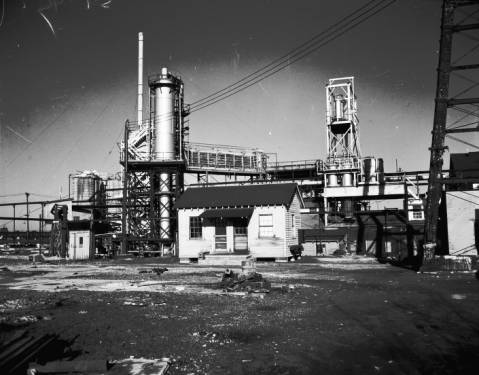 In last week’s blog post, we learned about the efforts of two Richmond businessmen who lobbied to add an exception for non-Christians to Virginia’s Sabbath breaking law. An early 20th century criminal cause found in the Norfolk County (Chesapeake) court records illustrates that even this exception did not fully clarify the crime of violating the Sabbath.

by a justice of the peace for violation of the Sabbath (Commonwealth v. A. Berson, et. als.). They appealed their convictions to the Norfolk County circuit court. The defendants were not being accused of “laboring at [their] own, or any other trade, or calling” on a Sunday, as Messrs. Levy and Ezekiel were in 1837. Rather they were convicted of being “engaged in business as merchandise merchants […] after sunset on Saturday and during the day commonly known as Sunday.” In essence, they were accused of violating “the exemption as to the Jews” by resuming their work on Saturday night rather than waiting for Sunday. 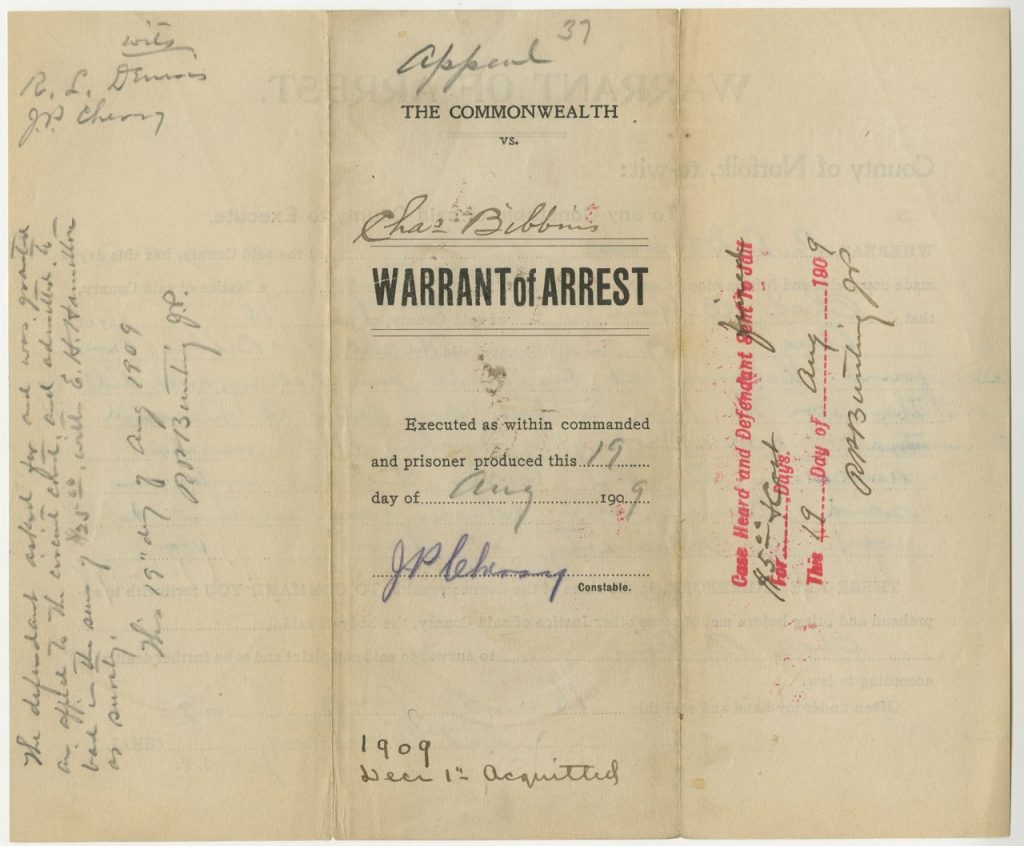 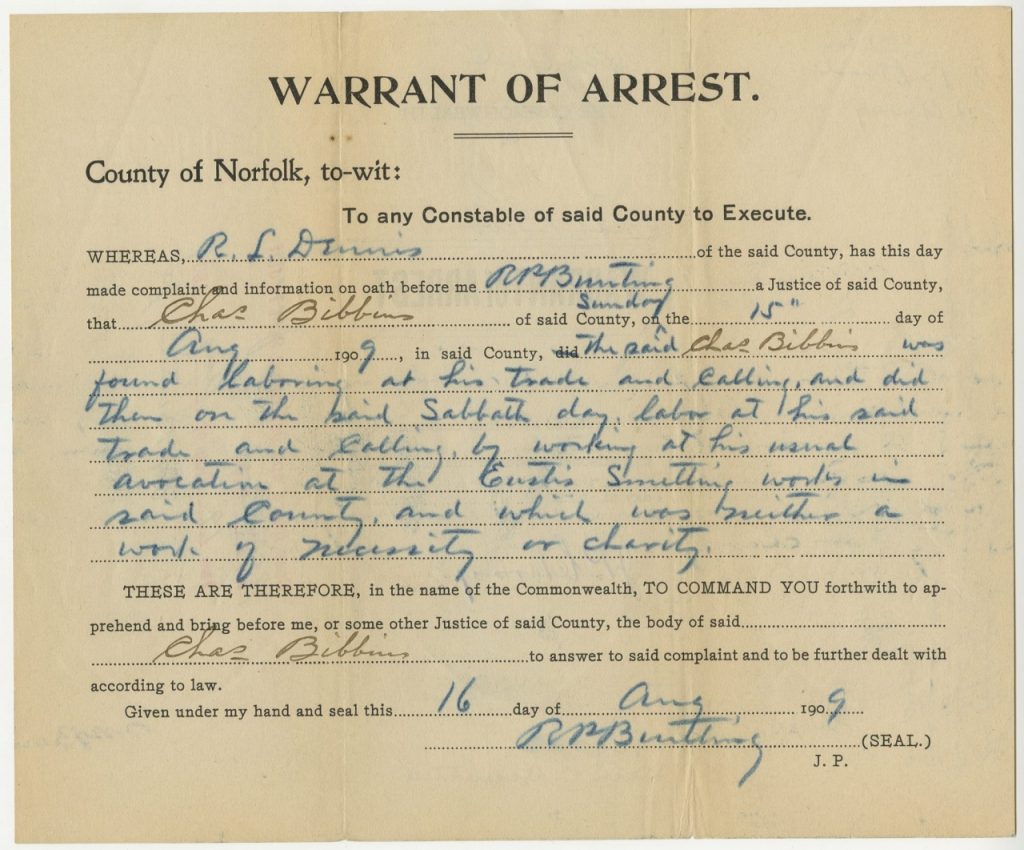 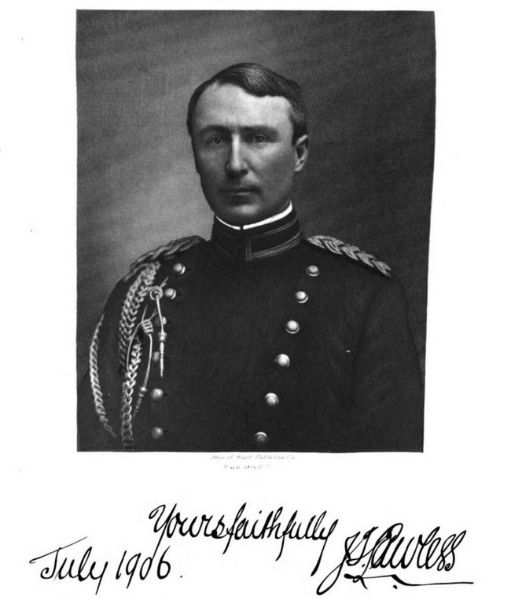 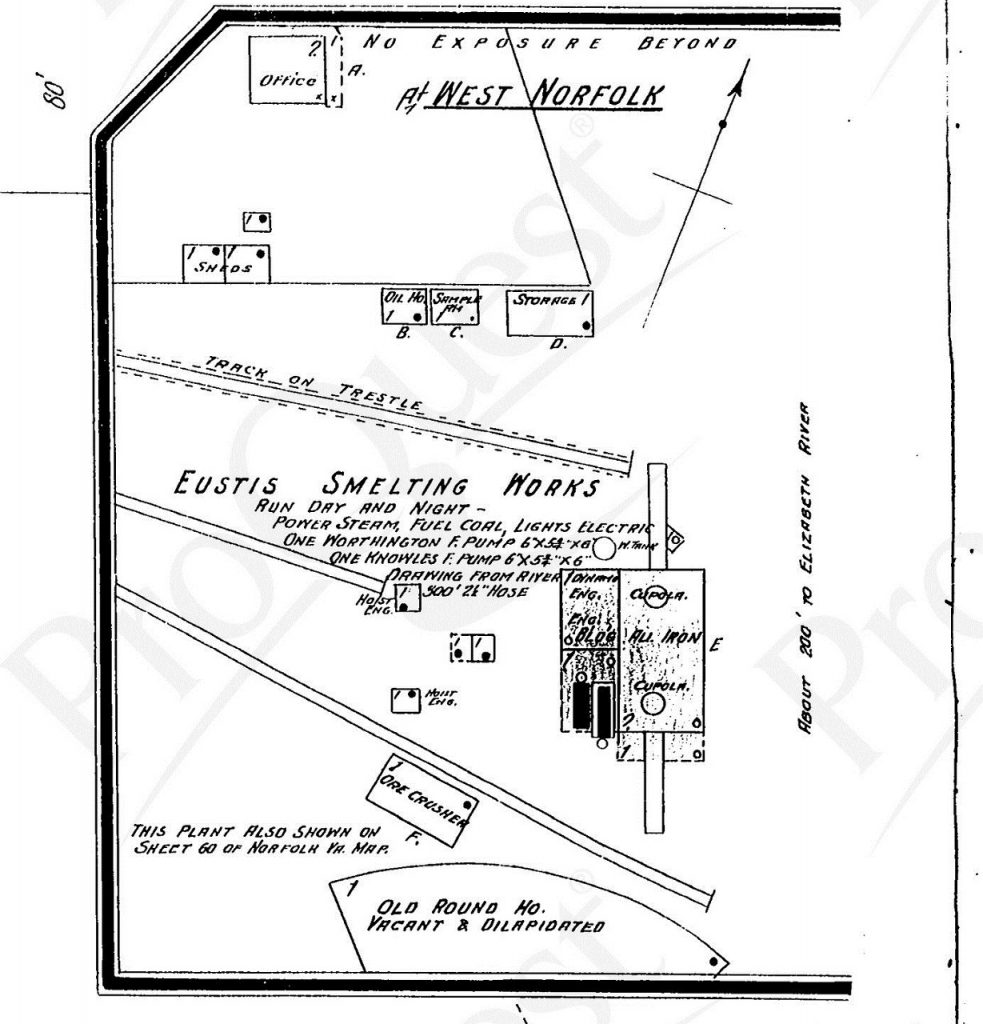 The case resulted in a ten-page opinion from the ironically named Judge J. T. Lawless, written in the form of an abbreviated dissertation on the history of the Sabbath. His Honor contended that prior to the enactment of the 1779 law by the General Assembly, “[a]t common law, the legal right existed in all persons to enter into contracts, to engage in works of labor, and to prosecute generally their usual business or calling on Sunday.”

The exception was added in 1849 to alleviate an undue hardship on those keeping the seventh day as the Sabbath, which then forced two days of rest on them, one through religion and the other through secular law. The issue, as Judge Lawless saw it, was the definition of “the seventh day” in the exception statute. Does it mean a civil day, 24 hours from midnight to midnight, or an artificial day as determined by some other entity? Citing the Cyclopedia of Biblical, Theological, and Ecclesiastical Literature (Vol. IX, p. 190) and other sources, Judge Lawless made the case that the seventh day of the Hebrew week began at sunset on Friday until sunset on Saturday. Further, he claimed that this definition was “universally recognized” and “has been such from the earliest days of recorded time.”

Determining that the drafters of the 1849 exemption statute were aware that the excepted class, those observing the seventh day of the week, would continue to observe the day in the manner of “their forefathers from the remotest generations of mankind,” Judge Lawless found the 28 defendants not guilty.

The Jewish exception to the Sabbath breaking statue was added seventy years after the original law, and Commonwealth v. A. Berson, et. als. clarified that exception nearly forty years after its enactment. As society continues to discuss and debate the meanings of “religious liberty,” we can take some comfort in knowing that our forbearers had no more definitive meaning in their time. They redefined and reinterpreted in successive generations.