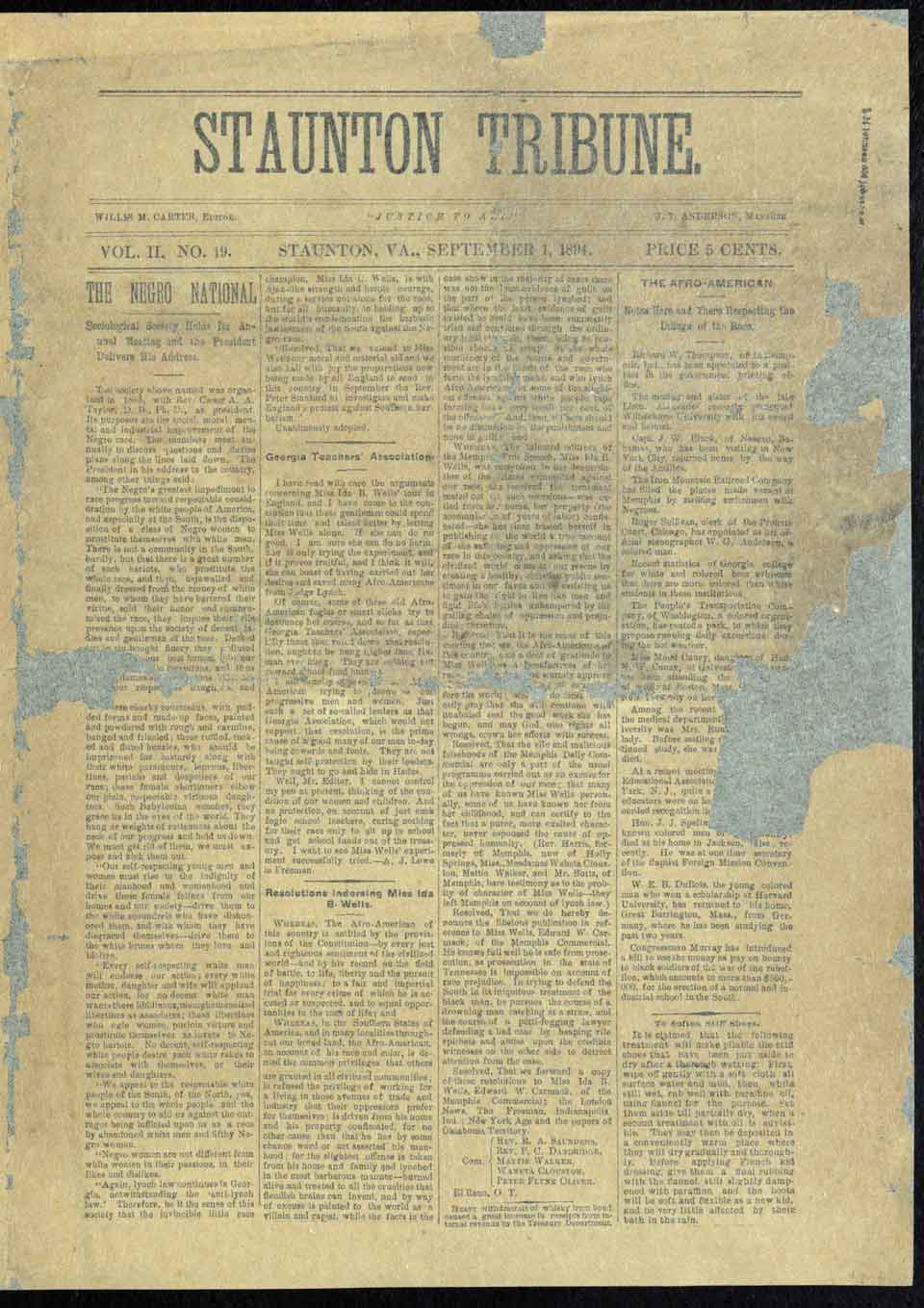 Willis M. Carter Journal and Research Collection Donated to the Library of Virginia

Author and researcher Deborah Harding recently donated to the Library of Virginia a rare, firsthand account of slavery and its aftermath written by Willis M. Carter, a once influential but now little known 19th century civil rights pioneer. “A Sketch of My Life and Our Family Record” was acquired by African American historian Cuesta Benberry in the mid-seventies and entrusted to Harding to research and authenticate in 2005. It is the centerpiece of a larger collection of material on Carter compiled over ten years of research on his life and work. The Willis M. Carter Collection, ca. 1894-2016 (accession 51546), also includes the only surviving copy of Carter’s newspaper, the Staunton Tribune dated 1 September 1894 (donated by Jennifer Vickers of Staunton, VA); a handwritten memorial tribute written at Carter’s death by his fellow teachers in Staunton; 18 boxes of 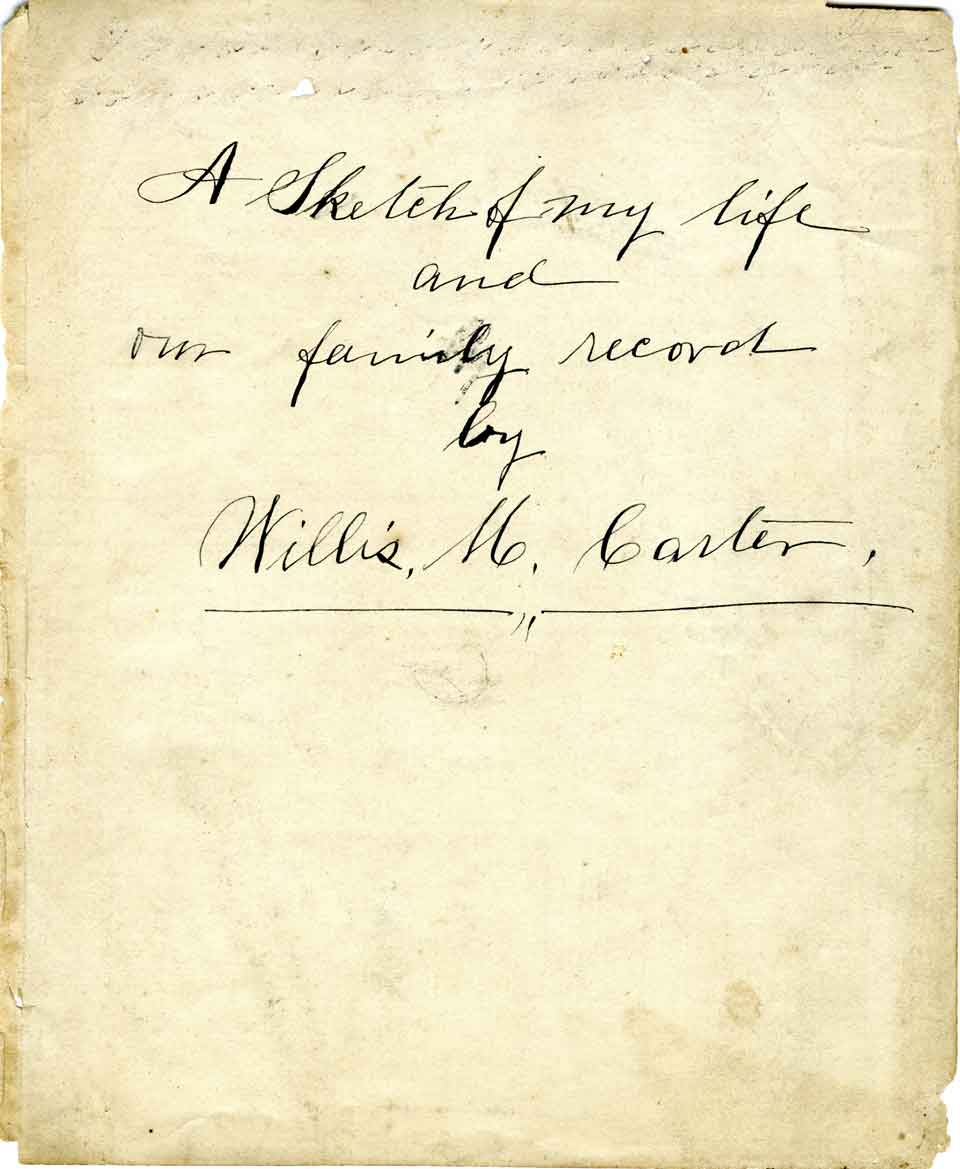 supporting research that include depositions from the family that once owned Carter and their views on the Civil War, as well as additional material on slavery, education, and early civil rights in Virginia; a cross referenced manuscript by Harding summarizing Carter’s life and work; and a companion finding aid. The journal, newspaper and memorial tribute have been digitized and are available to researchers online. 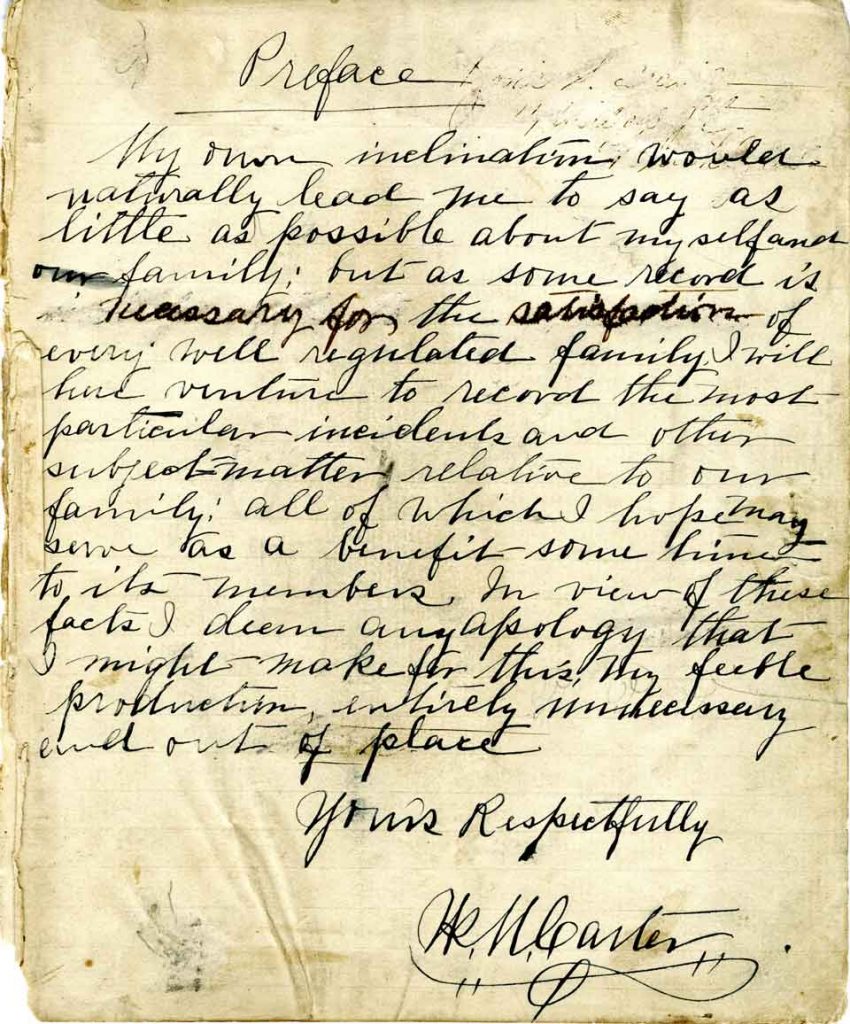 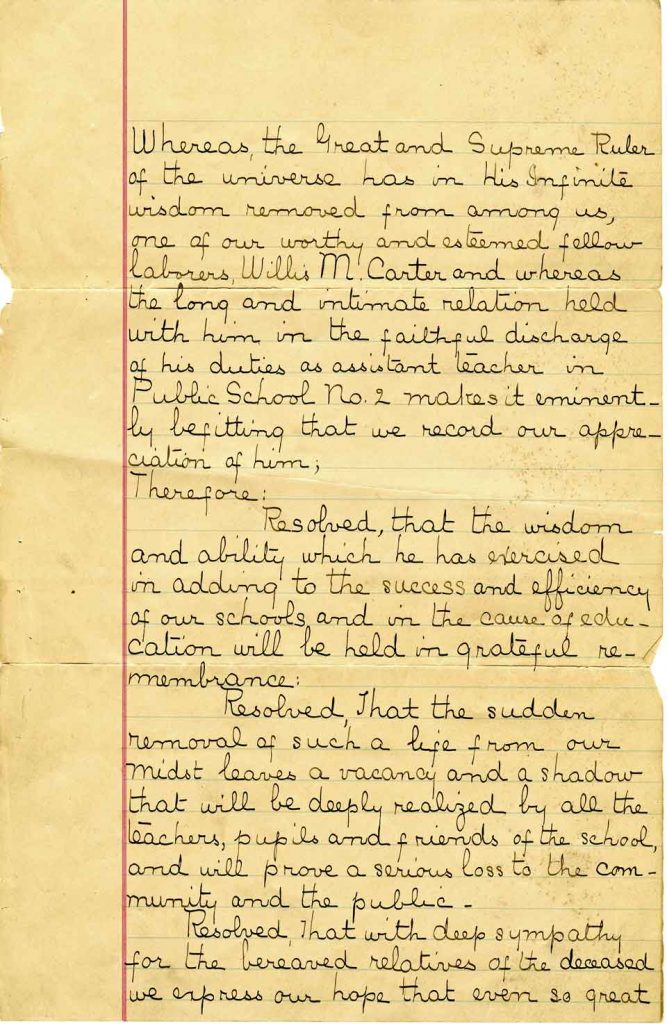 Memorial tribute to Willis M. Carter from his fellow teachers in Staunton (page 1 of 2) 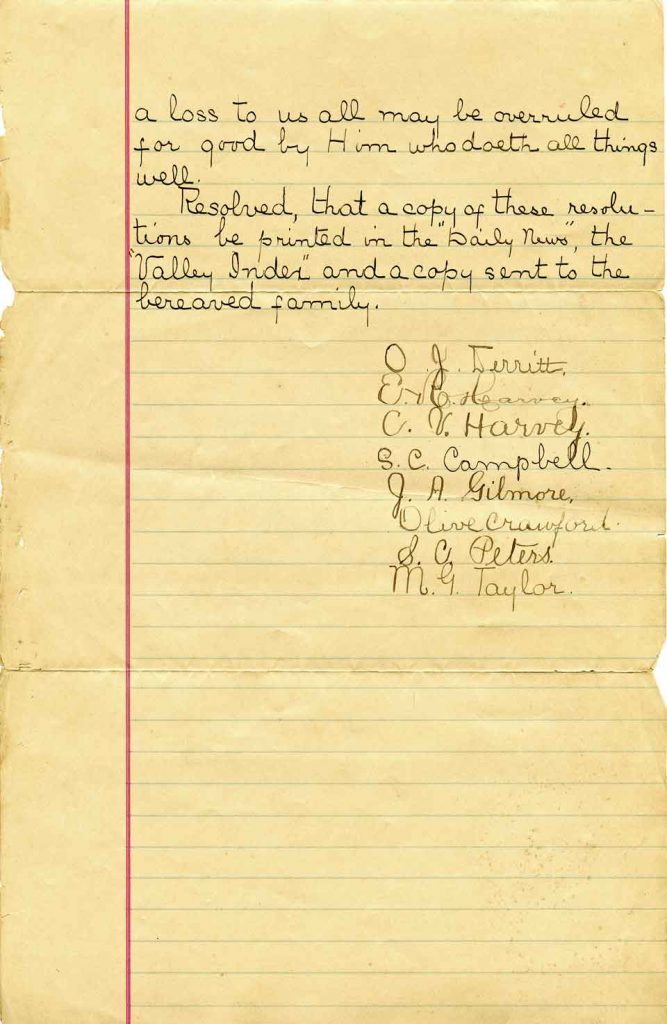 Memorial tribute to Willis M. Carter from his fellow teachers in Staunton (page 2 of 2)

Willis McGlascoe Carter was born into slavery in 1852 in Albemarle County, Virginia. He achieved a formal education at the Wayland Seminary in Washington, D.C., going on to become a teacher, a newspaper editor, and a statesman and political activist respected for his work to promote African American political rights and educational opportunities. In an effort to preserve school funding and voting rights, Carter was the chairman of a select group of nine men elected to represent black Virginians at the 1901-1902 Constitutional Convention in Richmond.

Carter died on 23 March 1902, three and a half months before the new Virginia Constitution he had worked hard to prevent was officially adopted, effectively disenfranchising the African American vote as well as the votes of many less privileged whites. While the 1899 Washington Bee described him as “one of the best known citizens of Virginia” Carter’s work and contributions were basically forgotten in the century following his death. An extensive statewide search to find more about Carter created a large body of supporting research, uncovering an amazing view of one of Virginia’s early proponents for equal rights for African Americans, and a first-person look into life under slavery and the challenges that so many African Americans in Virginia faced in the years that followed. 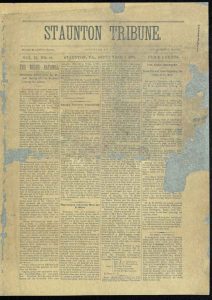 The motto “JUSTICE TO ALL.” written in all capitals under the masthead of Carter’s Staunton Tribune seems a fitting way to remember Carter’s life-long work toward achieving racial equality and educational advances for African Americans and the continued struggle to realize Carter’s vision of equal opportunity for everyone in Virginia.

From Slave to Statesman, The Life of Educator, Editor and Civil Rights Activist Willis M. Carter of Virginia, a biography by Robert Heinrich and Deborah Harding with a foreword by Henry Louis Gates Jr., will be published by LSU Press in May 2016.