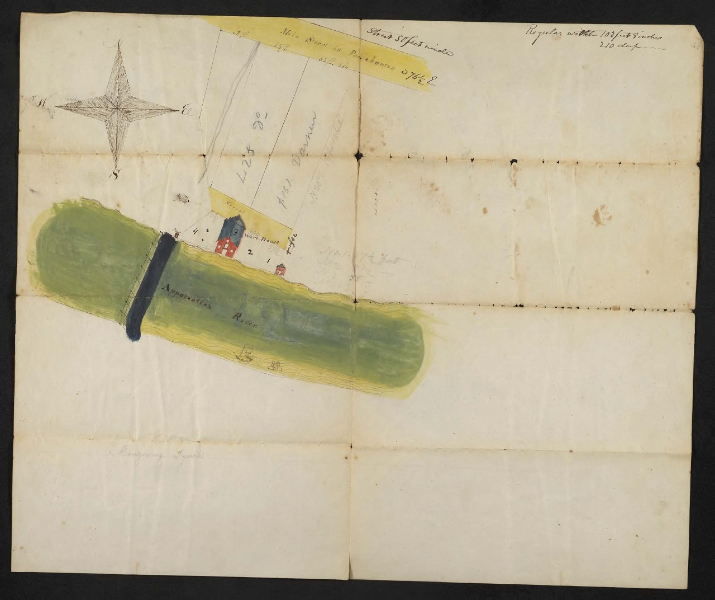 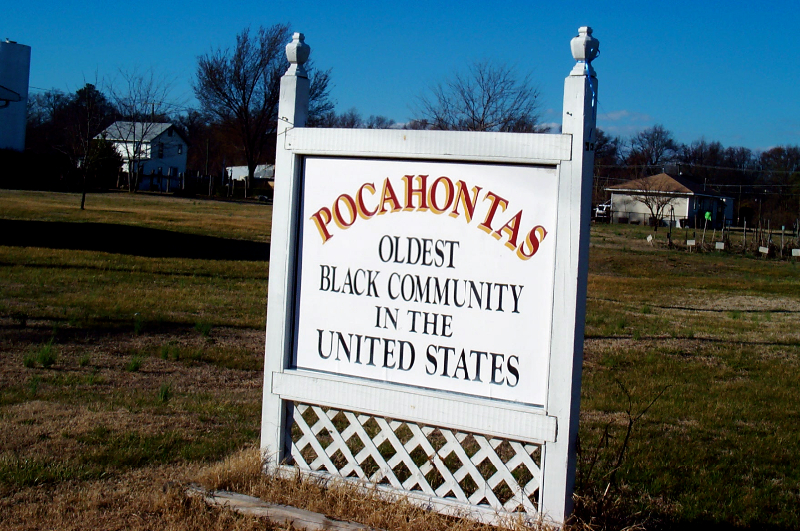 Pocahontas Island is a peninsula in the Appomattox River incorporated as part of the City of Petersburg in 1784. The small town became home to a large free African American population following the Revolutionary War. The Petersburg chancery causes contain plats showing lots of land in the Town of Pocahontas. The plats show changes to the town during the early 1800s, as the early African American community developed. 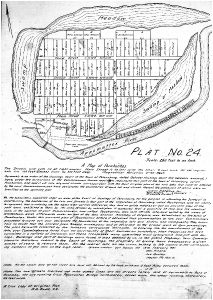 Included is information about the map and why it was made.

A small plat was used as an exhibit in Petersburg chancery cause Exr. of John Graham etc. v. Admr. of William Vernier, etc., 1844-041.

This plat shows the Appomattox River and the bridge crossing the river, the first of which was built in 1757. Two brick buildings are drawn on the plat and two vessels are drawn in the river. 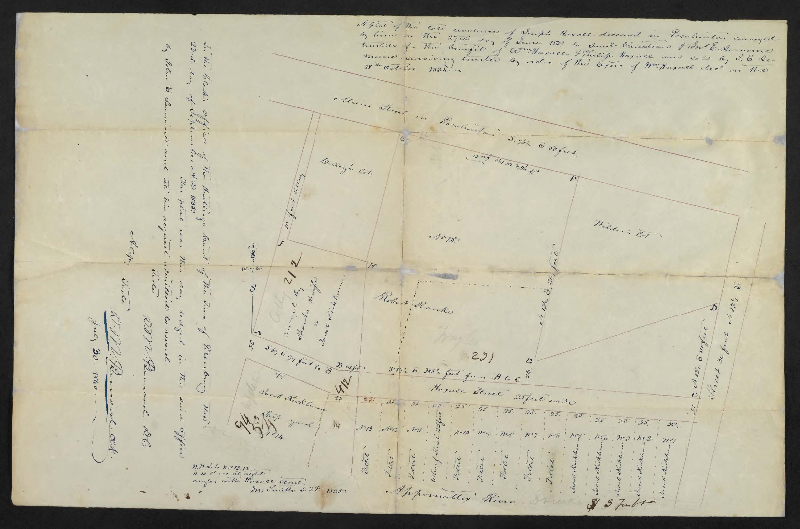 The 1835 plat shows lots in Pocahontas divided among the eleven children of Jacob Kirkham, deceased. The children sold the land and divided the proceeds.

Land owned by Thomas Varnier was inherited by his two sons, Jerome T. and Hiram. The five lots were described in a commissioner’s report as “three fronting Corling Street, and two upon Main Street in Pocahontas.” 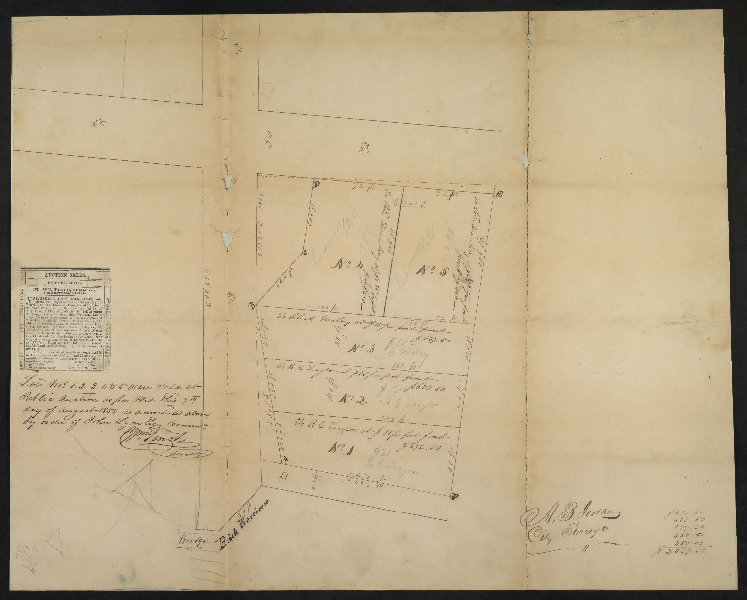 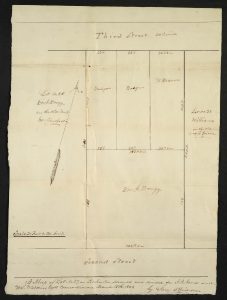 After Mr. Campbell and his wife Iris died, his heirs attempted to redeem their land, which had been sold for taxes owed to Chesterfield County. Copies of Campbell’s will, marriage record, the deed made when the heirs sold Lot No. 27, and receipts for land taxes were used as exhibits in this cause. Information about heirs can be found in the bill, decrees, and depositions.

The plat made for Petersburg chancery cause Heirs of Thomas Steward v. Thomas Steward, 1881-044, shows changes made to Corling Street as a result of land sold to Richmond and Petersburg Rail Road.

The land had belonged to Thomas Steward, who died around 1822 and owned Lot No. 62 in Pocahontas. The plat shows two buildings on Corling Street that had been condemned. 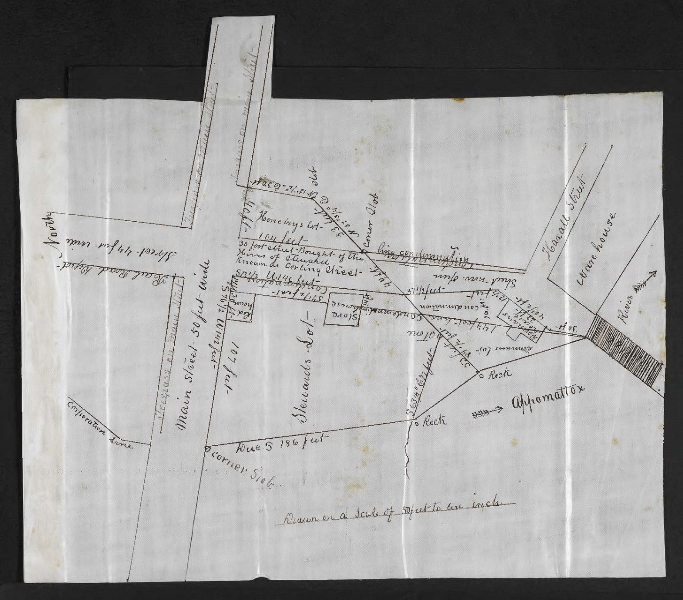 A 1993 tornado had a significant impact on the historic fabric of Pocahontas. However, archaeology, historical research, and oral history projects continue to uncover information about this unique community. Plats and documents from the Petersburg chancery causes contribute to that documentation.

Other plats and maps can be found in the Chancery Records Index for Petersburg showing other parts of city, as well as plats for land in Chesterfield, Dinwiddie, Greensville, and Prince George Counties.