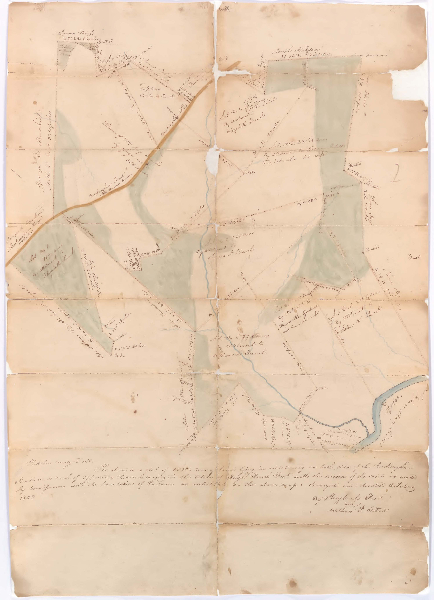 Be Our Guest: French’s Tavern in Powhatan County

French’s Tavern, located in Powhatan County, was a prominent 19th century inn and ordinary that served travelers on the Old Buckingham Road, an important thoroughfare linking Richmond with the Piedmont and the Shenandoah Valley. The tavern, which still stands today, was listed on the National Register of Historic Places in 1989. An 1843 Powhatan Chancery cause, Meriwether Goodman & wife vs. Lucy S. French, etc., 1843-008, provides more details about French’s Tavern including a plat containing a sketch of the tavern and its location. 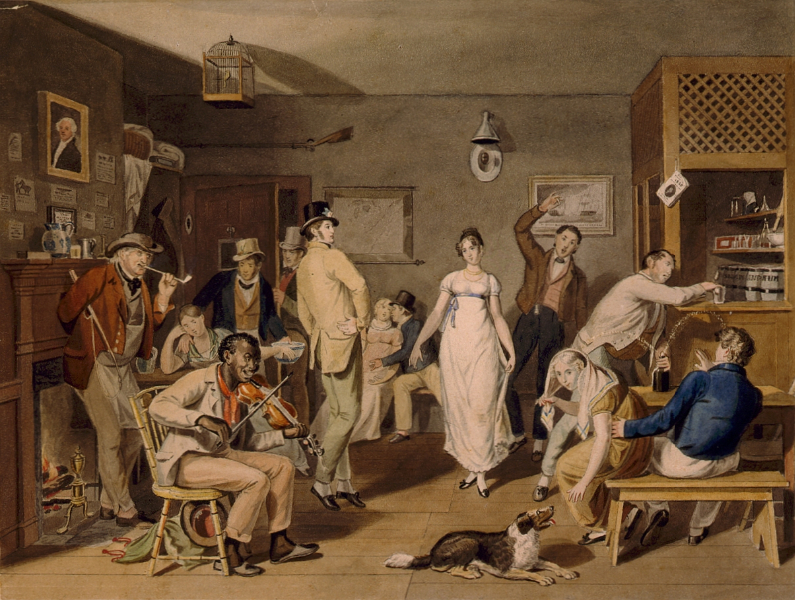 According to the National Register nomination, parts of French’s Tavern were built in the early 1730s by Col. Francis Eppes, who patented 2,300 acres in the area in 1730. Thomas Jefferson inherited the land and buildings when he married Eppes’s granddaughter Martha Wayles in 1772. In 1777, the property passed into the hands of Henry Skipwith, who was married to Martha’s half-sister, Ann.  Additions and modifications to the building gradually transformed it from an eighteenth century plantation manor house to a nineteenth century tavern. 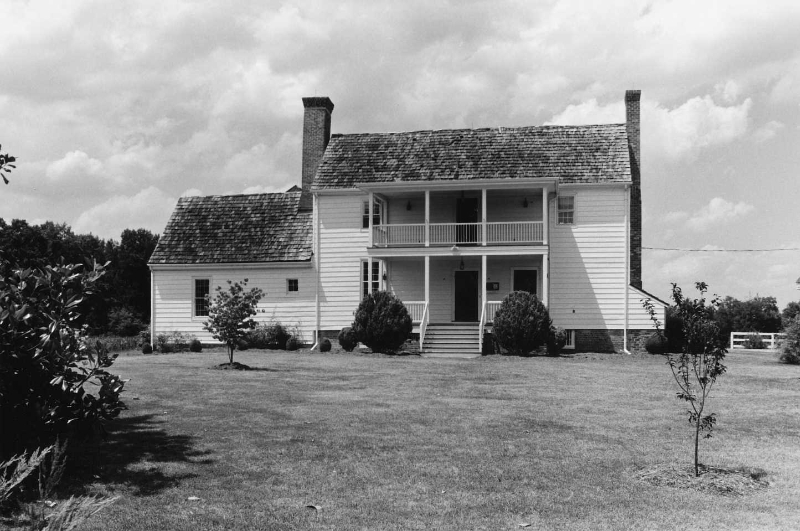 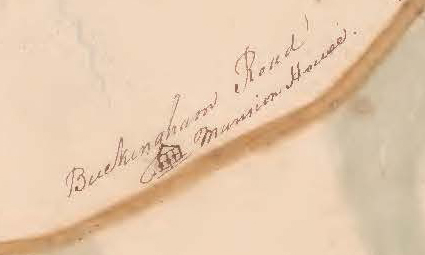 Hugh French came to Powhatan County from Loudoun County, “friendless and penniless,” according to an 1842 obituary. French worked as an ordinary keeper in a neighborhood store owned by Francis Eppes Harris, a cousin of Martha Jefferson who bought a portion of Skipwith’s property in 1798. In 1807, French bought the property from Harris, who planned to move to Alabama to grow cotton. The tavern thrived in the early part of the nineteenth century, a period of considerable economic growth during which, according to the National Register nomination, “stage-coaching became the chief means of transportation, and inn-keeping became a profitable business.”

Inn-keeping was certainly profitable for Hugh French. When he died in 1842, he owned over 2,000 acres of landing surrounding the tavern. French died without a will, leading one of French’s daughters and her husband to sue French’s widow for a division of the estate. A plat was ordered made by the court to show the division of French’s land among his heirs. French also owned a large number of slaves; a manuscript report included in the chancery cause lists them by name.

Meriwether Goodman & wife vs. Lucy S. French, etc., 1843-008 has been digitized and is available online through the Chancery Records Index (CRI). The case was processed and the plat conserved with funds from the Circuit Court Records Preservation Program (CCRP).