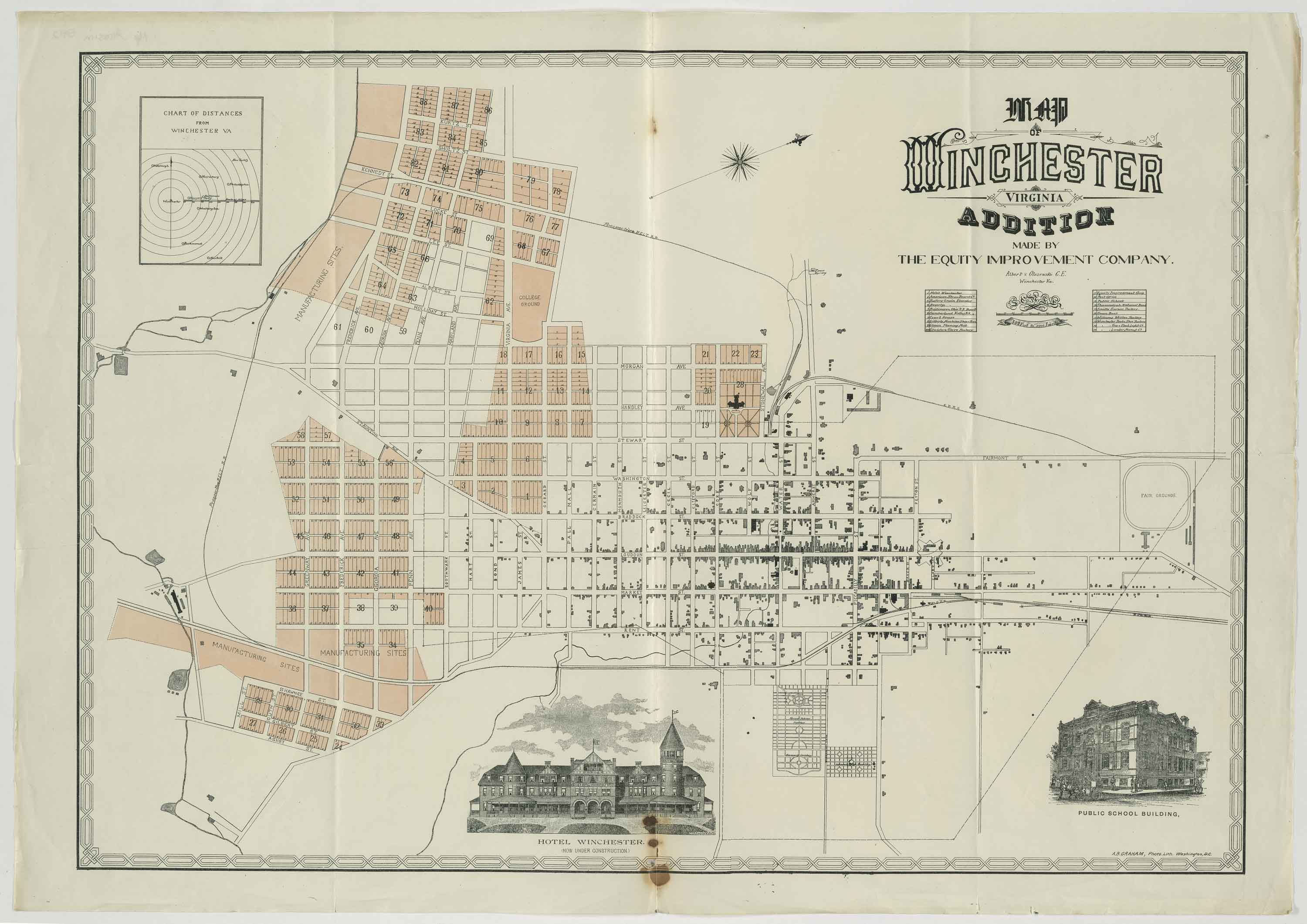 The Library of Virginia’s collections include maps of developments that were never constructed, many of which were conceived prior to the Panic of 1893. In 1890, Pennsylvania Judge John Handley founded The Equity Improvement Company to purchase lands in suburban Winchester for the purpose of bringing in eleven enterprises. Map of Winchester Virginia Addition Made by the Equity

Improvement Company was created in 1890 to complement the company’s pamphlet, Prospectus, which was published to attract business and capital to the city. Only one building had been completed and opened for business when the company folded in 1895; and that was the Hotel Winchester.

The map and Prospectus survive as testimony to the plans of Judge Handley and company share holders. As noted on the map, prospective manufacturing sites were set aside and identified by the color orange. An index to public and private buildings in Winchester is printed below the title. The Hotel Winchester was located on Penn Avenue and the Equity Improvement Company offices were located off of Market Street near Piccadilly.

Although he never resided in the city, Judge Handley took great interest in Winchester’s future. Upon his death in 1895, the city was gifted with funds to build Handley Library and a schoolhouse to educate the poor.

Maps and CartographyPanic of 1893Winchester (City)