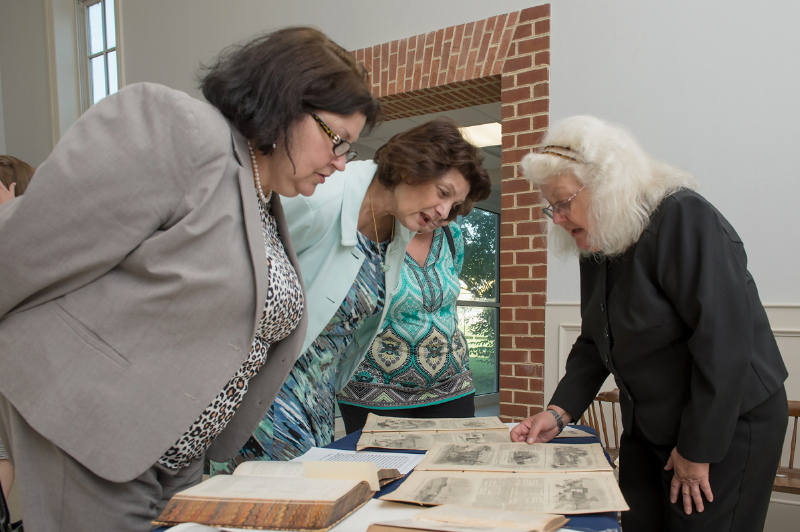 The Return of Virginia’s Lost History

If you live in the Richmond area or are connected to the Library of Virginia through social media, you may have seen the recent announcement of the return of the Charles City County Record Book, 1694-1700. This volume, taken from the Charles City courthouse in 1862 during the Peninsula Campaign of the Civil War, was returned by a Pennsylvania family who had cared for it for over three decades. In anticipation of the record book’s return, I had occasion to review other replevined records from Charles City County—a saga with its own century-long history. 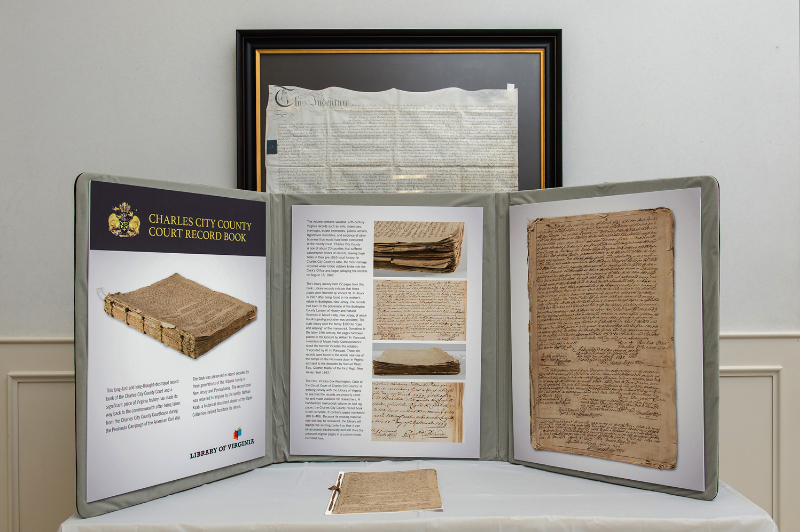 First, a bit about replevin. No, it doesn’t mean to plevin again. Officially, it’s a common law action that allows a person or entity to recover wrongly or unlawfully taken personal property. In the archives and records profession, it refers more specifically to the recovery of public records (with or without legal action) by an agency or organization. The Virginia Public Records Act (§ 42.1-89) vests the power to petition a local circuit court for the return of public records held by an unauthorized custodian in the Librarian of Virginia or designee. Public records never cease being public records; so, unless lawfully and properly destroyed, they should remain with the appropriate custodian.

Charles City County Record Book, 1762-1764 (pp. 299-300, 313-314), was picked up by First Sergeant John H. Jack, Company E, 8th Ohio Regiment, presumably while his unit was camped at Harrison’s Landing. Similarly, another section of the newly returned volume, Record Book 1694-1700, was found in the woods near one of the camps by Samuel Read, a quartermaster in the 1st Regiment of the New Jersey Infantry. The order of battle for the Peninsula Campaign confirms that both units were in the vicinity of Berkeley Plantation and Harrison’s Landing in August 1862.

The 1762-1764 volume was returned to the Virginia State Library & Archives in August 1950 by the Western Reserve Historical Society after being found in a box of Licking County, Ohio, records. Pages 150-163 and 178-187 of the 1694-1700 record book were acquired from Vincent St. Clair Rourk of Burlington, New Jersey, after he discovered them in his mother’s estate. As it turns out, the records had been deposited in the Burlington County Lyceum of History and Natural Sciences by William Pancost, who received them from Samuel Read. Rourk’s great-grandfather served as president of the Lyceum, which is how they fell into his mother’s possession.

Other Charles City County records have been returned in the last century. The Massachusetts Historical Society sent back some mid-18th century bonds in 1905. County orders from 1685 were purchased from a manuscripts dealer in Newburyport, Massachusetts, in 1920. More 17th century records were returned in the late 1940s from private citizens in upstate New York. Finally, the Vermont Historical Society returned additional bonds, 1762-1769, in 1975.

These materials were all returned from states with Union Army units listed in the order of battle in the Peninsula Campaign. It is amazing that the records not only found their way back to Virginia after war and the passage of decades, but that they essentially stayed in the same areas to which they were taken for decades following the war.

We, as stewards of Virginia’s documentary history, are grateful to both the most recent and all previous private citizens and institutions who have returned Charles City County and other public records to the Commonwealth. Researchers, family historians, and students, now and in the decades to come, will surely be thankful as well.

A celebration of the document’s return was held at the Charles City Courthouse on 15 August. The Library will be performing conservation work on the pages, after which they will be scanned and made available to the public. 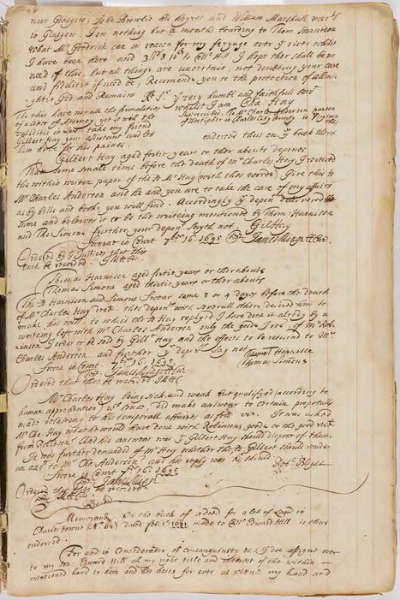 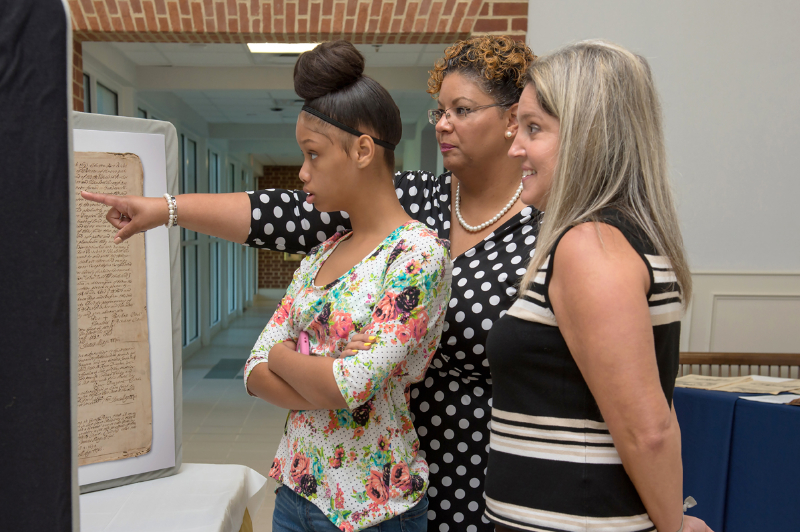 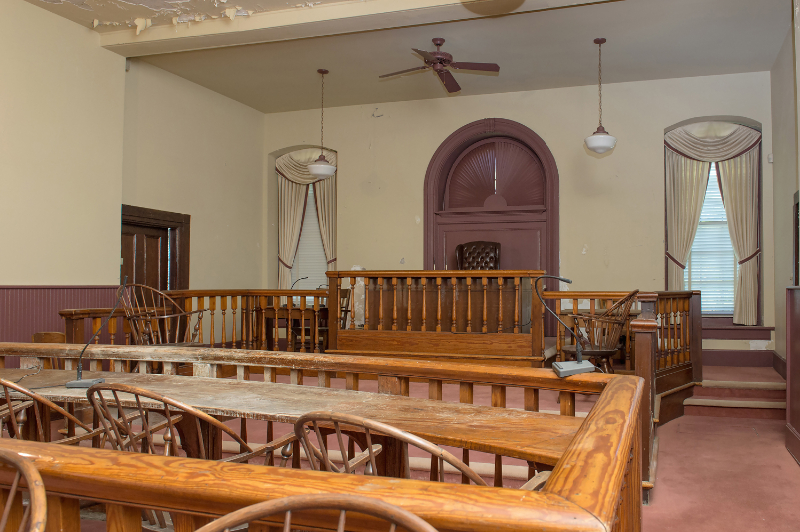 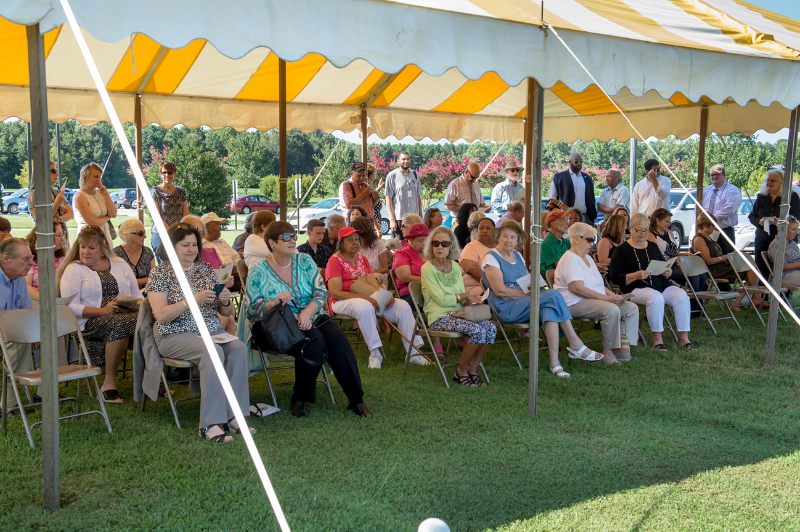