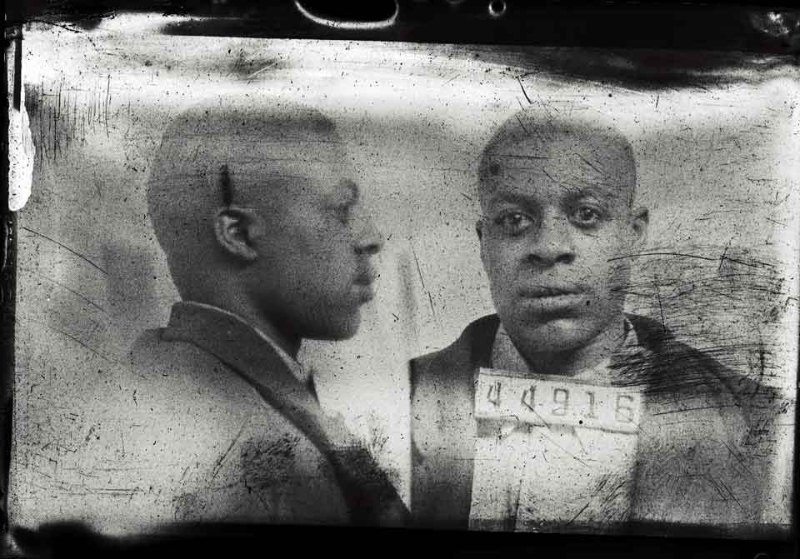 This is the latest entry in a series of posts highlighting inmate photographs in the records of the Virginia Penitentiary. John Henry Green, known as the “Singing Ice Man,” murdered his wife and sister-in-law after a quarrel in 1941. 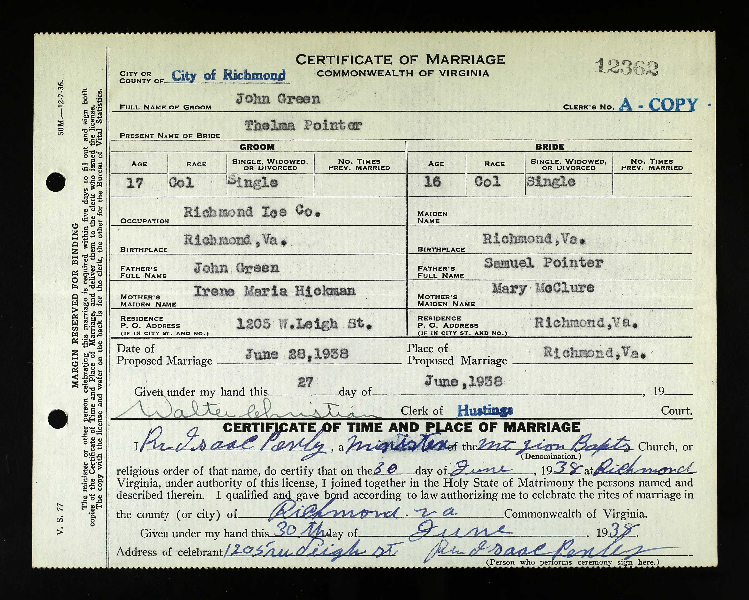 He was well known for singing on local radio programs and while he worked delivering ice and coal. By 1941, the couple was estranged. On 9 February 1941, Thelma and Dorothy McClure, Green’s sister-in-law, went to Green’s home at 1205 West Leigh Street to beat him up. When Green opened the door, the two women attacked him. Green pulled out his .38 caliber pistol and shot each woman once in the head. Thelma died instantly; Dorothy the next morning. Witnesses stated that after the shooting, Green casually left his home and walked to the police station to turn himself in.

Green was found guilty of manslaughter on 1 April 1941 in the Circuit Court of Richmond and sentenced to two five-year consecutive terms in the Virginia Penitentiary. He was paroled on 18 June 1945.

Twelve years later history repeated itself.  On the evening of 7 February 1953, Green got into an argument with John French and his sister, Katherine French Clark. Shortly before midnight, he returned to the French’s Richmond home and shot both of them in the head with a .38 caliber pistol, killing them instantly. Green was never tried. After the shootings, Green was found mentally ill and committed to Central State Hospital. After his release in 1972, prosecutors dropped the murder charges because witnesses were no longer available. 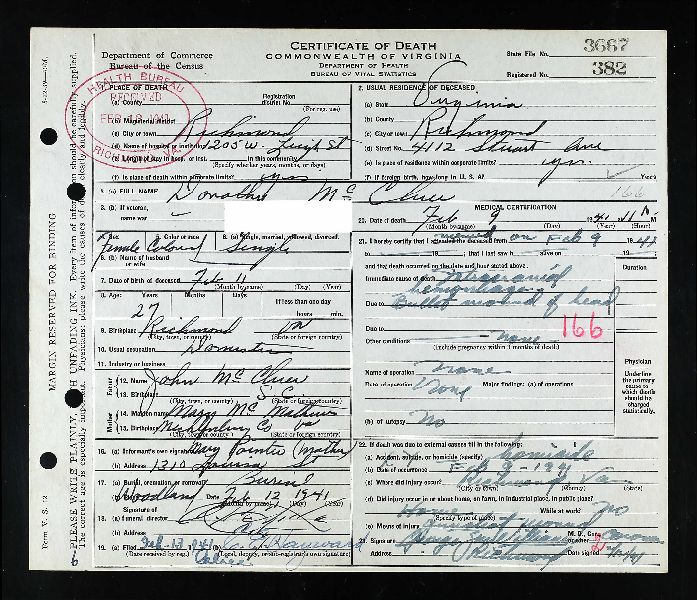 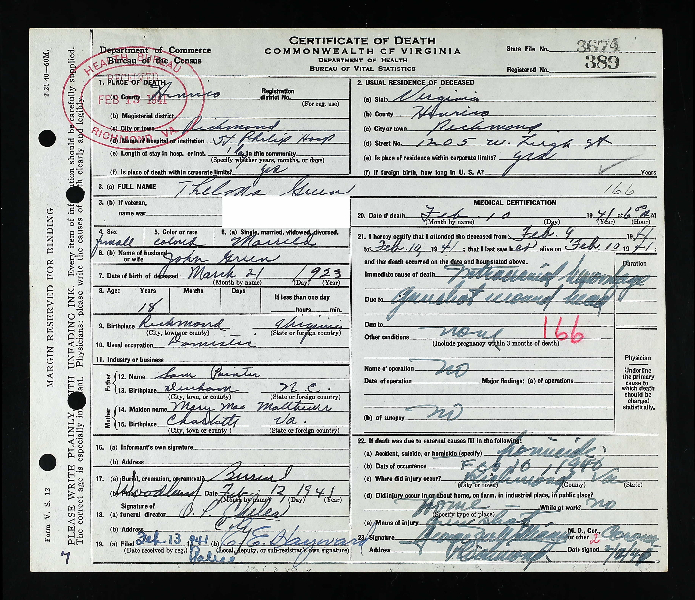 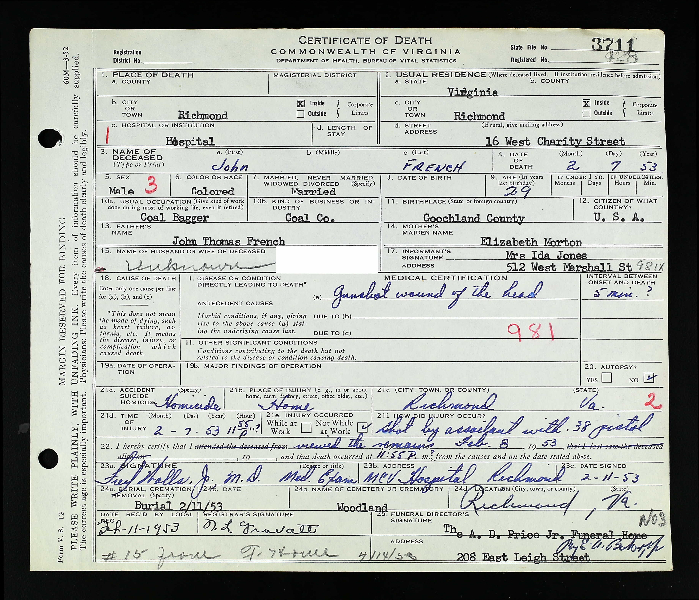 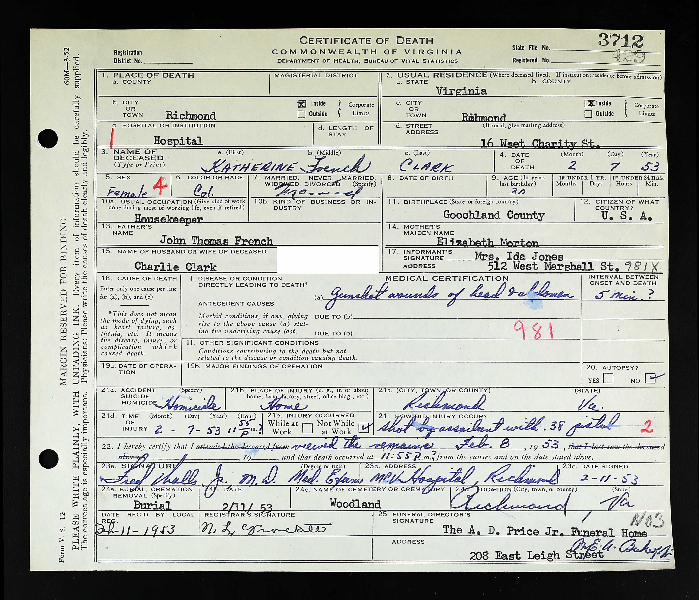