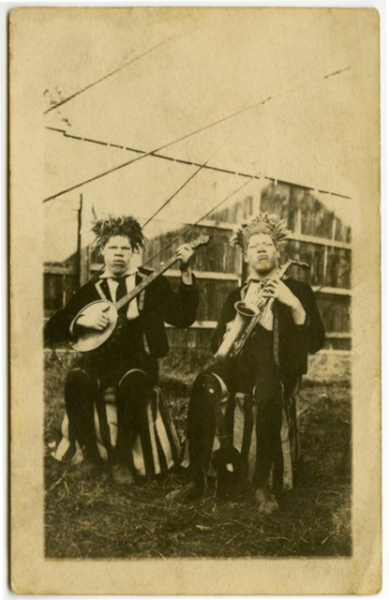 The Value of a Man: The Muse Brothers of Franklin County

Author and former Roanoke Times journalist Beth Macy (Factory Man) explores the harrowing story of two albino African American brothers, the children of a sharecropping single mother, from rural Franklin County. Family oral history tells of the boys’ abduction around 1903 by “freak hunters” for one of the many circus outfits touring around the country at the turn of the 20th century.

Between 1840 and 1940, the circus was the most dominant form of entertainment in the United States. Georgie and Willie Muse appeared as “freaks” in the sideshows of several circuses with only the sparsest room and board as their pay. 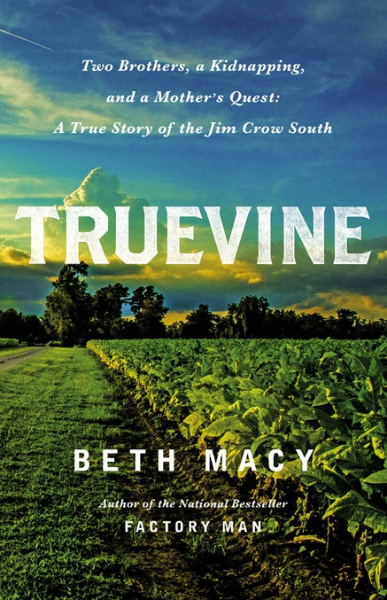 They were dubbed the Sheep-headed Men, White Ecuadorian Cannibals, and Martian Ambassadors. The brothers had no say in their working conditions, employers, or compensation. They later claimed in court documents that they were held against their will “and in other words…made…slaves.”

After accidentally being found by their mother, Harriett, when the circus came to Roanoke in 1927, over two decades after their disappearance, a lawsuit was filed on the brothers’ behalf in City of Richmond Law & Equity Court. The court documents survive in the archives of the Library of Virginia and were utilized by the author for her book, Truevine. In their petitions for an attachment (a seizure of property for compensation), the Muse brothers detailed their experiences in the circus sideshows and asked for $50,000 in compensation (nearly $700,000 in today’s dollars). 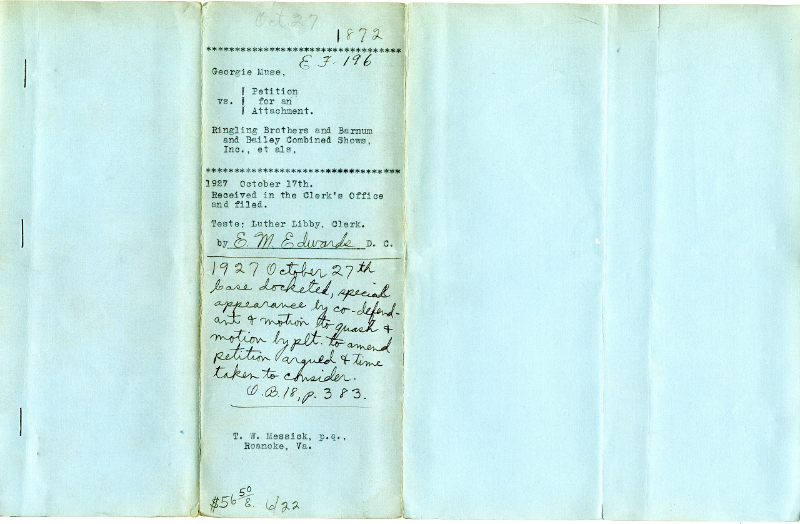 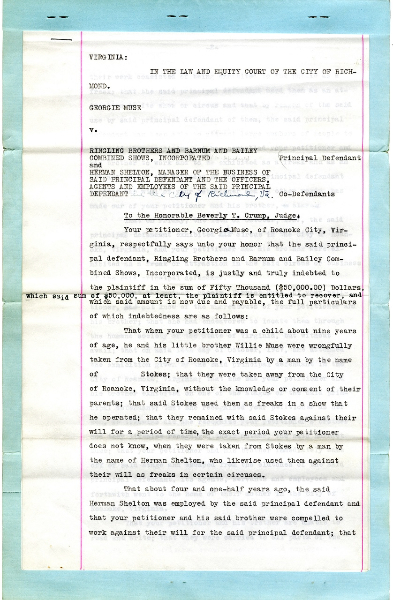 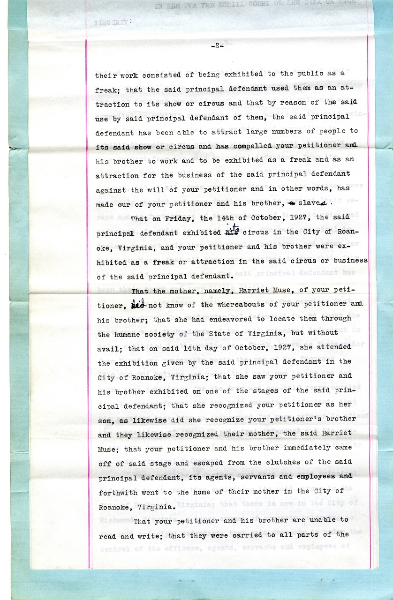 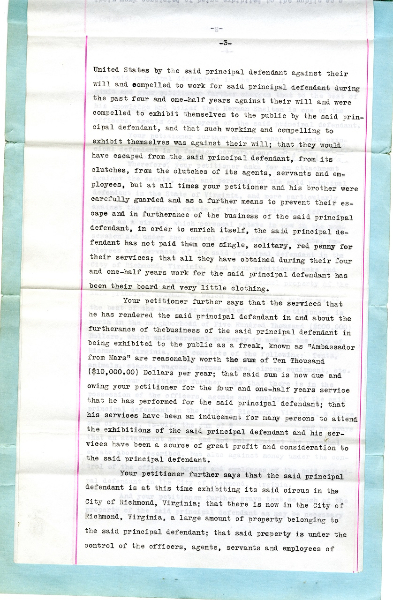 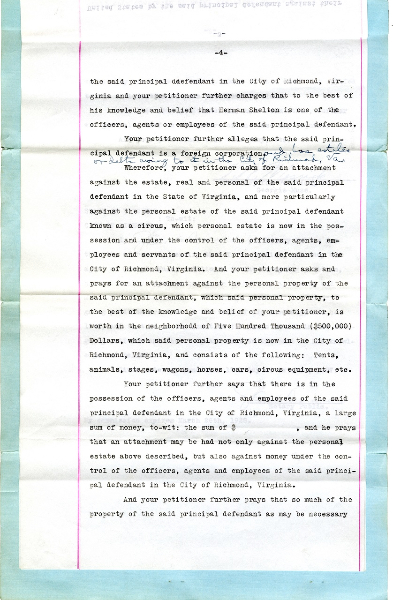 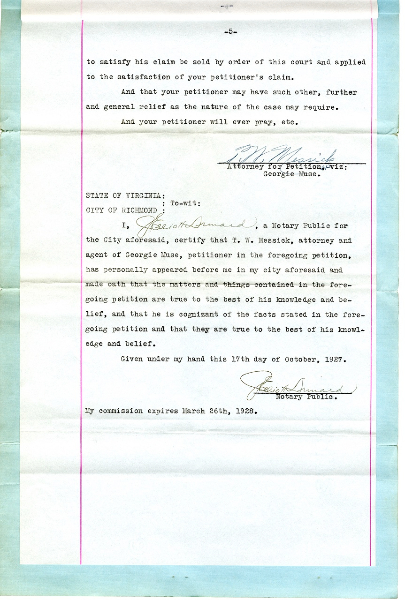 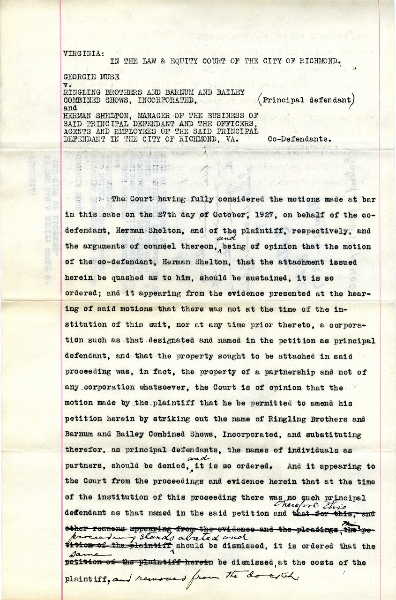 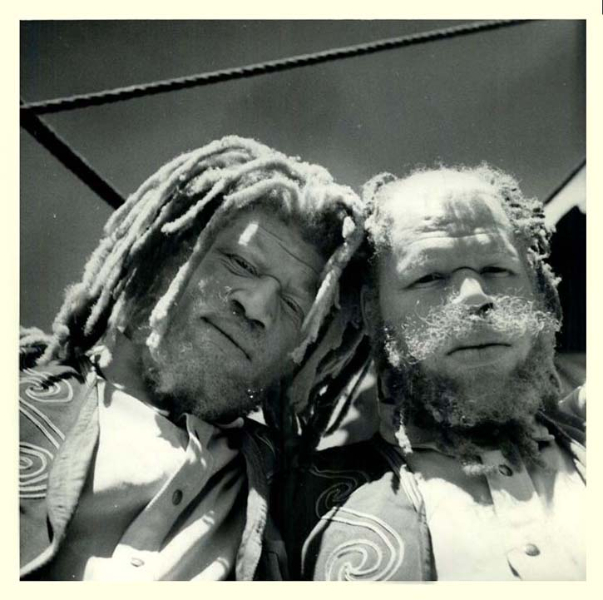 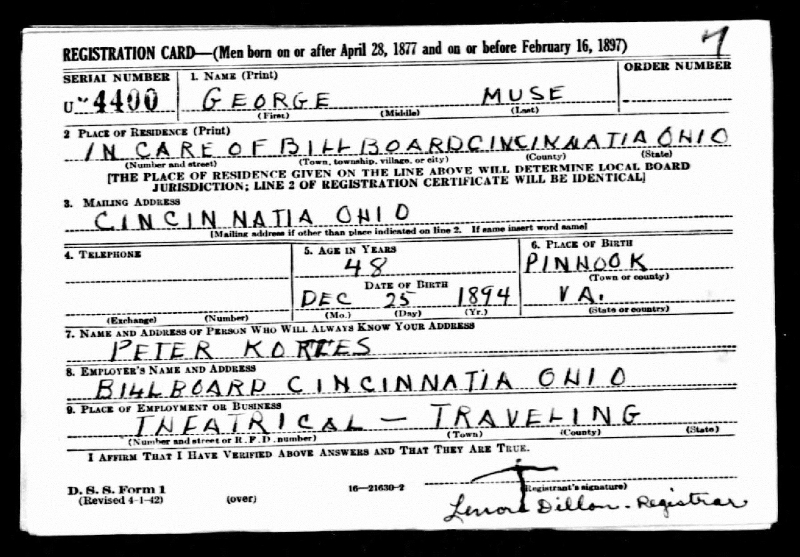 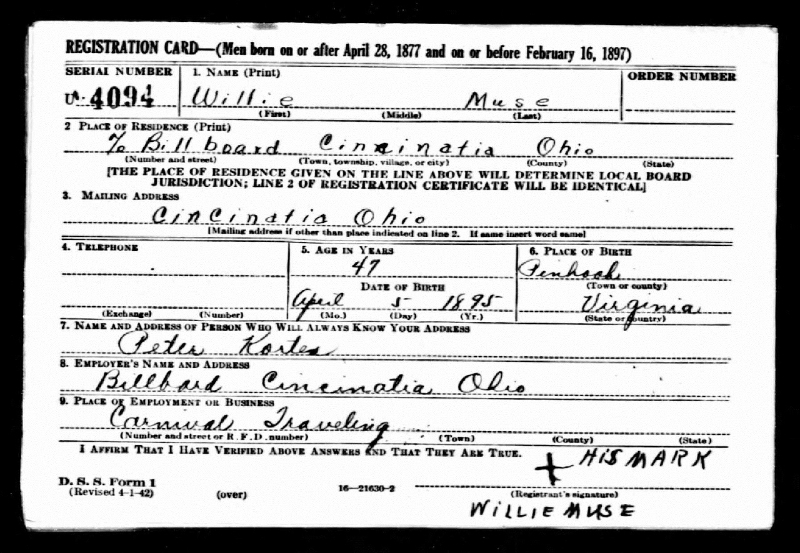 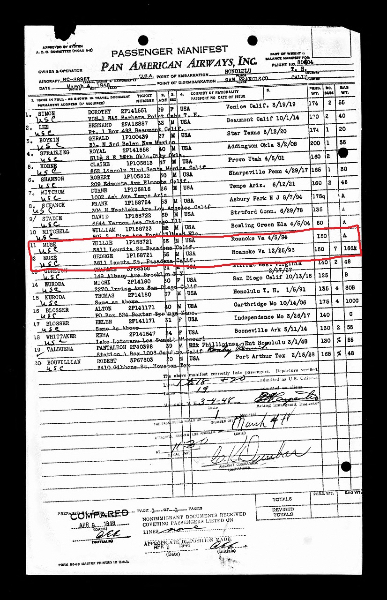 Ultimately, their Richmond petitions failed due to a technicality. In his haste to file, their lawyer referred to the defendant, Ringling Brothers, as a corporation. However, the circus was actually a family partnership, so the judge was forced to dismiss the case.

Beth Macy will speak on Truevine at the Library of Virginia on Friday, 2 December 2016 at noon. This is a free event open to the public.