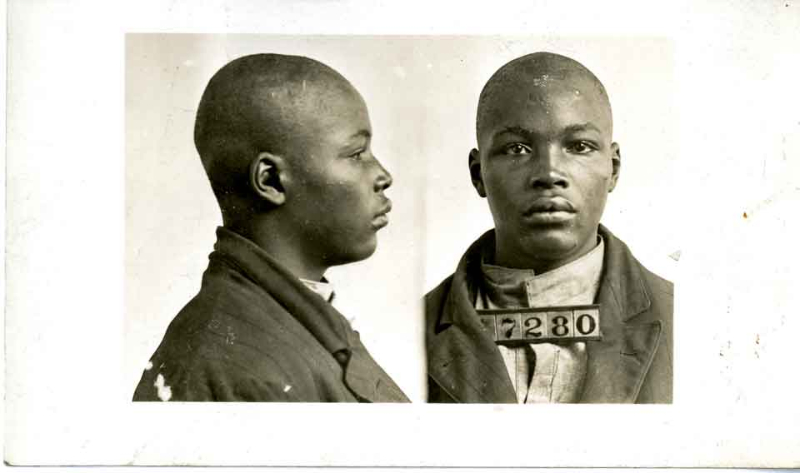 This is the latest entry in a series of posts highlighting inmate photographs in the records of the Virginia Penitentiary. Willie Williams’, the subject of this week’s post, unruly behavior led a State Convict Road Force (SCRF) officer to shoot him in 1934. 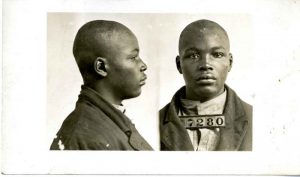 Willie Williams was only 16 years old in August 1921 when he was convicted of housebreaking and sentenced to three years in the Virginia Penitentiary by the Richmond Circuit Court. Williams was then assigned to State Convict Road Force Camp 21. He was not a model prisoner. He was punished three times prior to his escape on 20 June 1923. 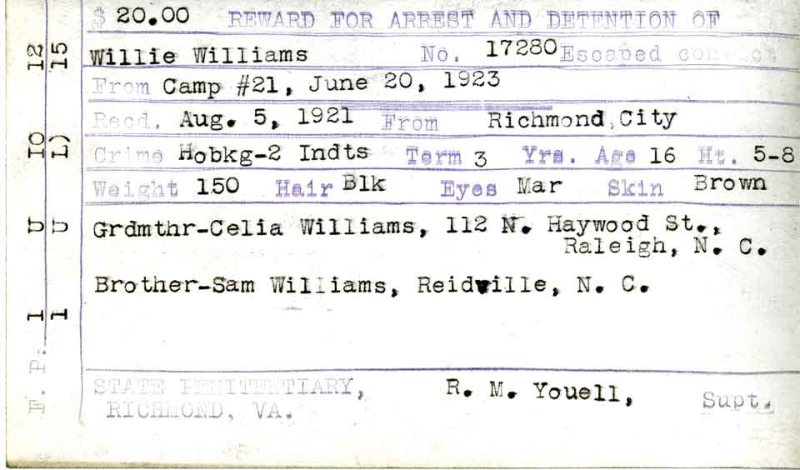 Williams was on the run for over nine years. After his recapture on 1 August 1932, Williams was assigned to SCRF Camp 15 in Wythe County where he continued to be disruptive. In 1933 alone he was disciplined three times for fighting with other prisoners and once for talking back to one of the guards. For each infraction his punishment was standing in cuffs for several hours.

By the end of the year, SCRF Sgt. M.C. Russell had had enough. On 30 December 1933, Williams claimed he was sick and refused to work. A doctor’s examination found Williams fit and able to work. When informed of the doctor’s findings, Williams said “this was a hell of a camp that a man couldn’t lay sick.” He told Russell “to get out of the cell and leave [me] alone” and that he “would go out but wouldn’t work when he got on the road.” Russell requested and received permission to inflict corporal punishment on Williams from Penitentiary Superintendent R.M. Youell. Williams resisted; it took six prisoners to hold Williams down so Russell could administer the strap.

On 11 January 1934, only five days after being punished, Williams started a fight with two other prisoners (George Williams, No. 30535, and James Wilson, No. 30536) after one pushed Williams’ chain off his leg. Russell separated the men and returned to his office. Five minutes later, Russell was called back to the cell. Willie Williams had pulled a knife on George Williams. When Russell arrived, the knife was gone. Williams denied having a knife and refused to be searched. Russell ordered guard G.P. Bowman to search him. As Bowman approached, Williams drew his fist back with the intent to fight Bowman. Fearing for the safety of Bowman and himself, Russell, without warning, shot Williams in the leg. The open knife was found in his right front pocket. In a letter to Superintendent Youell, Russell justified his use of force on the chained prisoner. “I have had right much trouble lately with this man obeying my commands,” he wrote. “I don’t feel that there was any other way of handling the situation without Mr. Bowman or myself getting hurt.” Williams was not seriously injured and was transferred to the hospital at the Virginia Penitentiary in Richmond. 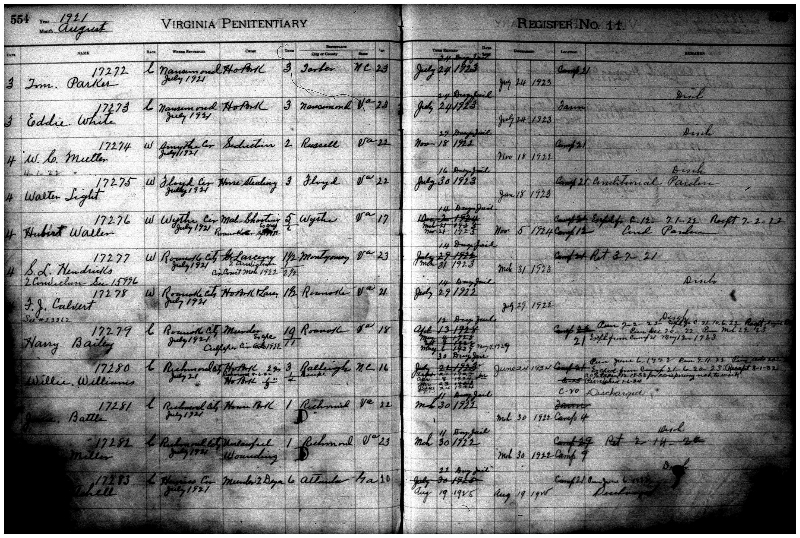 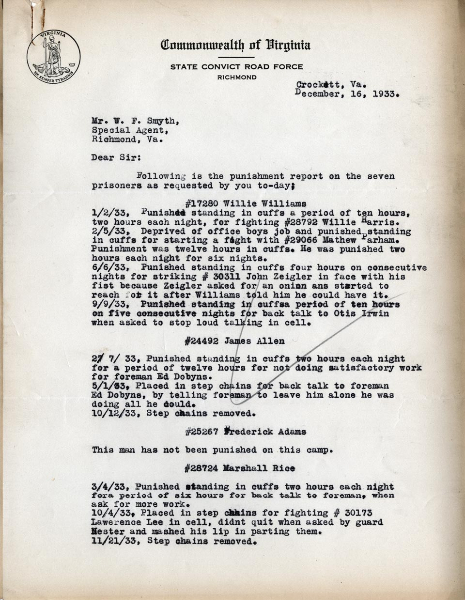 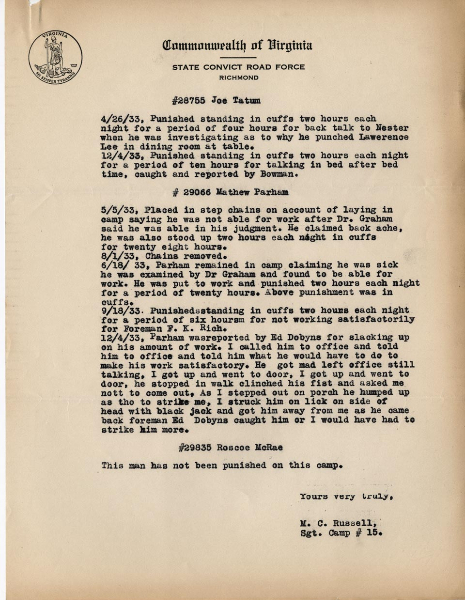 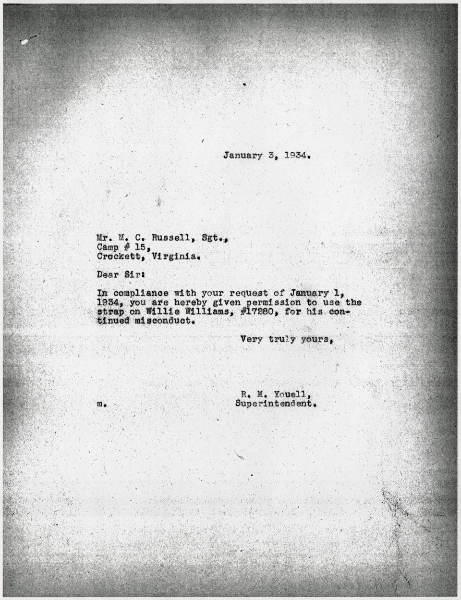 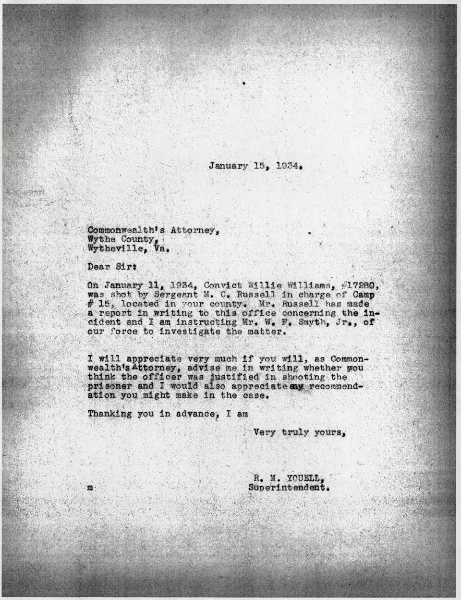 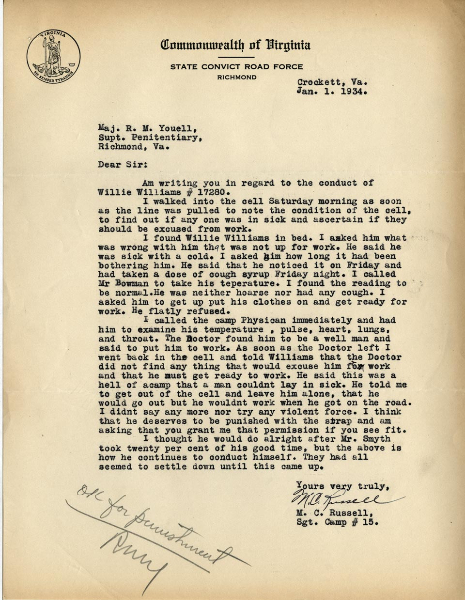 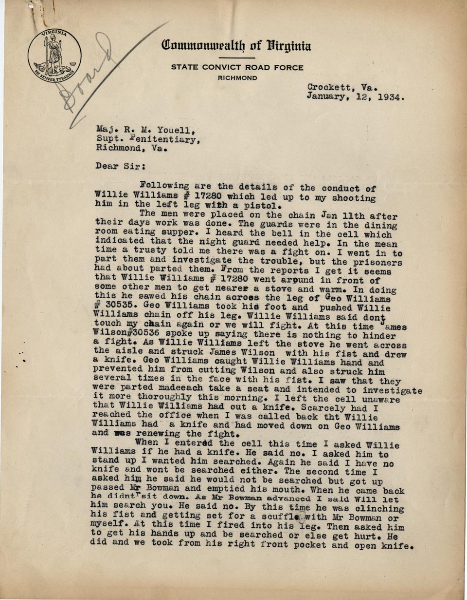 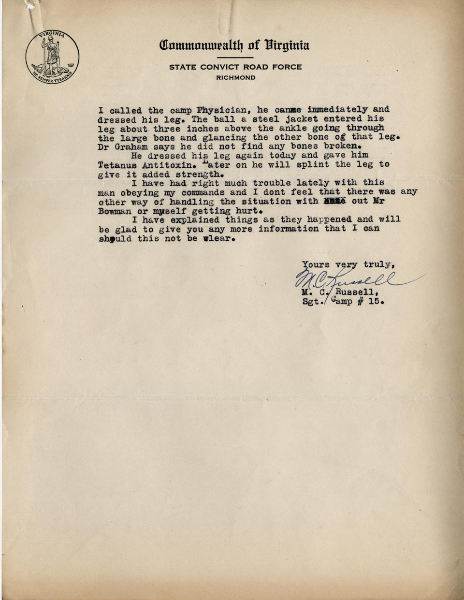 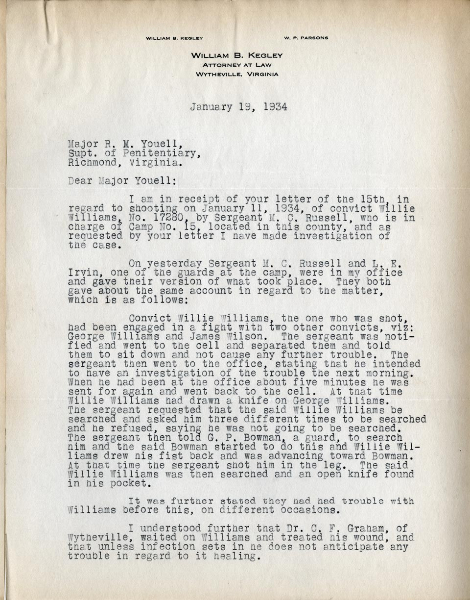 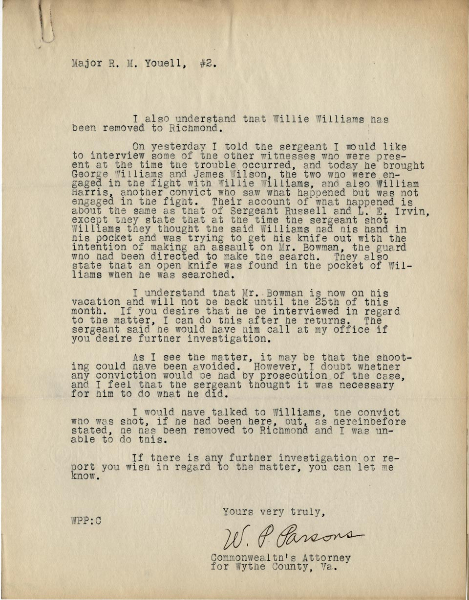 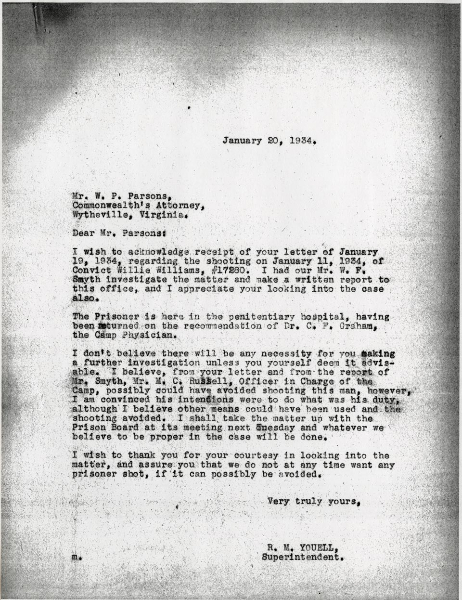 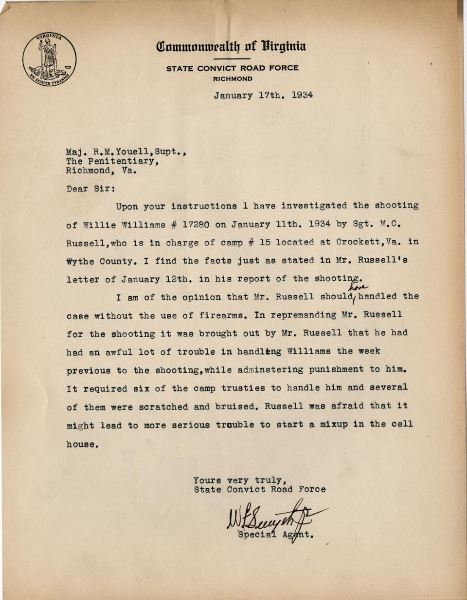 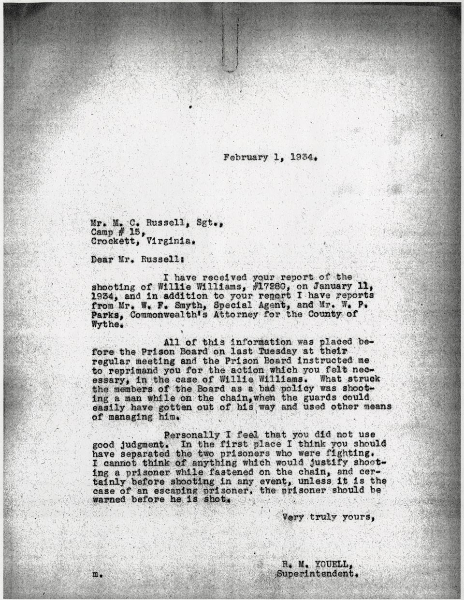 Youell ordered an immediate investigation. He requested that W.P. Parsons, Commonwealth’s Attorney for Wythe County, and W.F. Smyth, Special Agent for the SCRF, talk to witnesses to determine if the shooting was justified. Both reported that the shooting could have been avoided. Youell presented their findings to the State Prison Board in late January 1934. At the instruction of the Board, Youell reprimanded Russell. “What struck the members of the Board as a bad policy,” wrote Youell, “was shooting a man while on the chain, when the guards could easily have gotten out of his way and used other means of managing him.” Youell agreed with the Board. “Personally, I feel that you did not use good judgment,” Youell wrote to Russell. “I cannot think of anything which would justify shooting a prisoner while fastened on the chain, and certainly before shooting in any event, unless it is the case of an escaping prisoner, the prisoner should be warned before he is shot.” After recovering from his wound, Williams was transferred to SCRF Camp 20 and discharged on 24 June 1934.