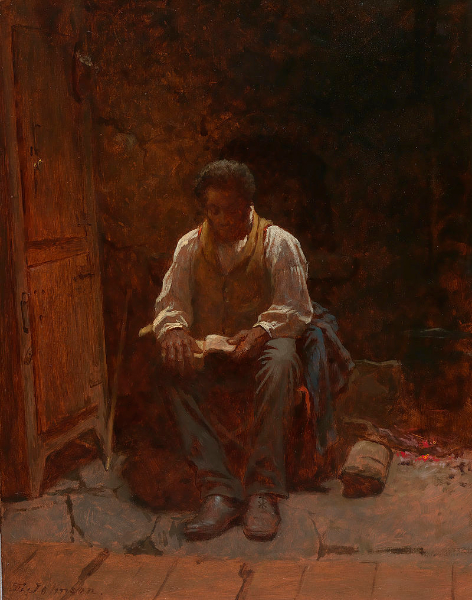 As told in an earlier blog, James Dunlop of Petersburg emancipated his slave, John Brown, in April 1822 through a deed of manumission. One would imagine that Brown must revel in his freedom following a lifetime of bondage. However, his joy over being emancipated was surely tempered by the fact that his wife and children remained slaves. Worse, Virginia law required that slaves emancipated after May 1806 leave the Commonwealth within twelve months. One year after receiving his freedom, Brown would be forced to leave his family and reside in a free state where he knew no one.

Prior to emancipating Brown, Dunlop filed a petition with the General Assembly in December 1821 to permit Brown to remain in the Commonwealth following his emancipation.

Dunlop asked the General Assembly “to suffer this faithful slave to spend the remainder of his days, in the enjoyment of freedom, and in the bosom of his family.” Dunlop had nearly one hundred white citizens of Petersburg sign the petition. They acknowledged Brown as worthy of emancipation and deserving of the opportunity to remain in Virginia. The committee in the General Assembly found the petition “reasonable,” drew up and reported a bill, however, the full legislature never acted on the bill.

Brown then had to apply to the local court for permission to remain in Petersburg. Before applying, Brown had to post a notice of his intention to get the court’s permission on the courthouse door. The notice was to remain there for five weeks to allow for public response. It must have been the longest five weeks of Brown’s life.  If anyone had a problem with Brown remaining in Petersburg, they could bring their issue before the court after Brown filed his application. If the court rejected Brown’s application, the decision was final with no appeal. Brown would have to leave Petersburg and his family.

The Petersburg court heard Brown’s application in May 1822. He informed the court that he was “desirous to remain and abide in the precinct of Petersburg where he had been raised and where he is known to almost every individual with his wife and family.” The court granted Brown’s request. 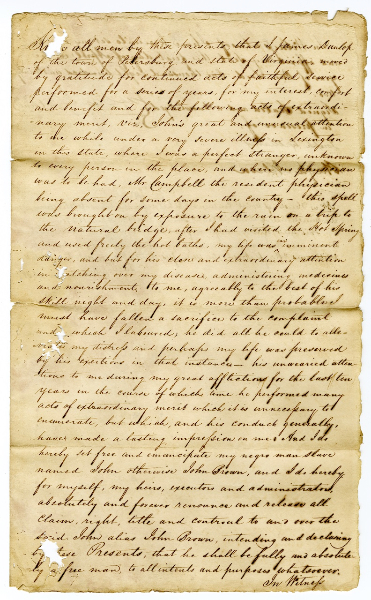 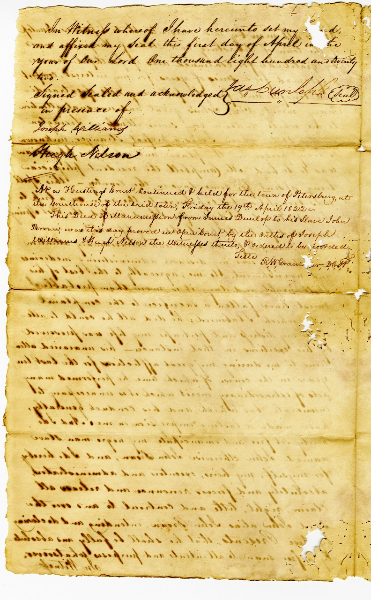 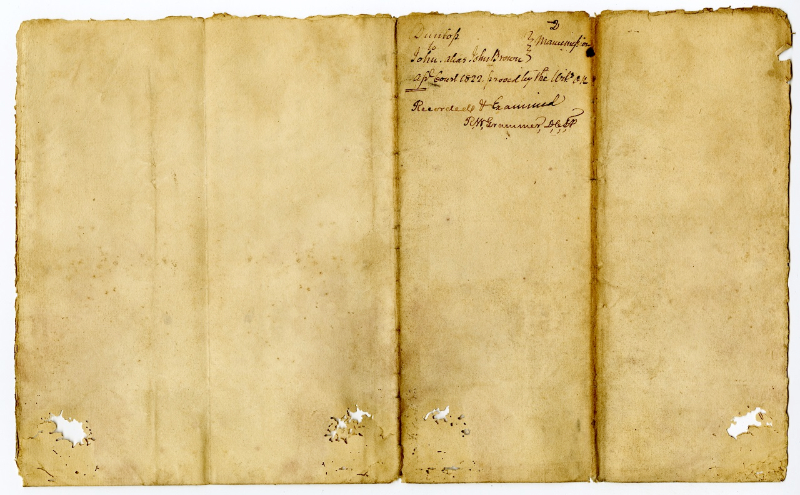 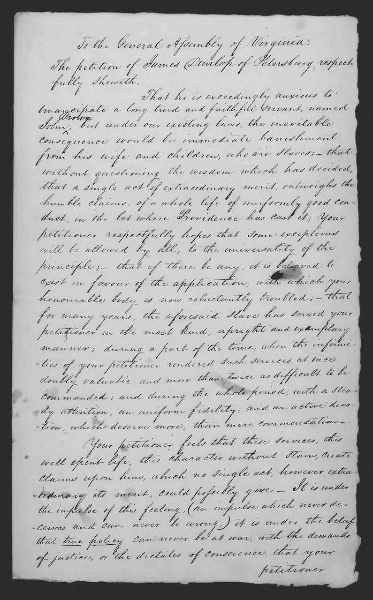 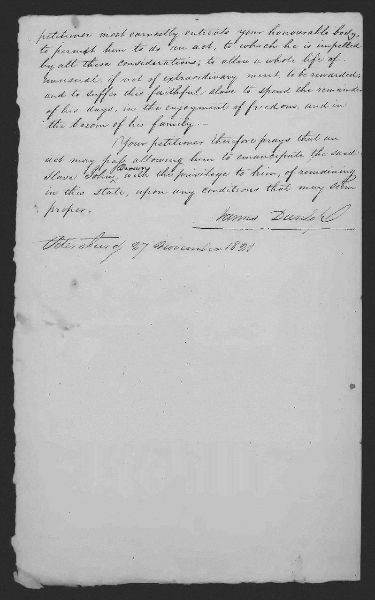 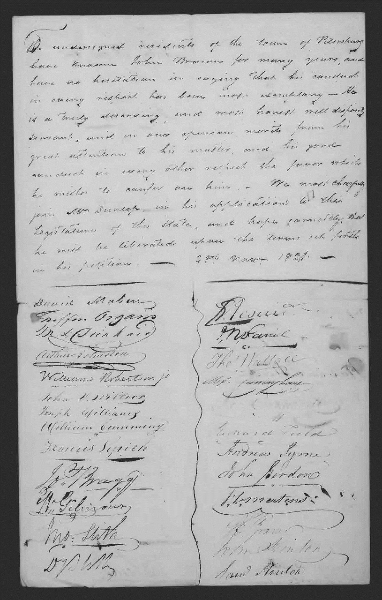 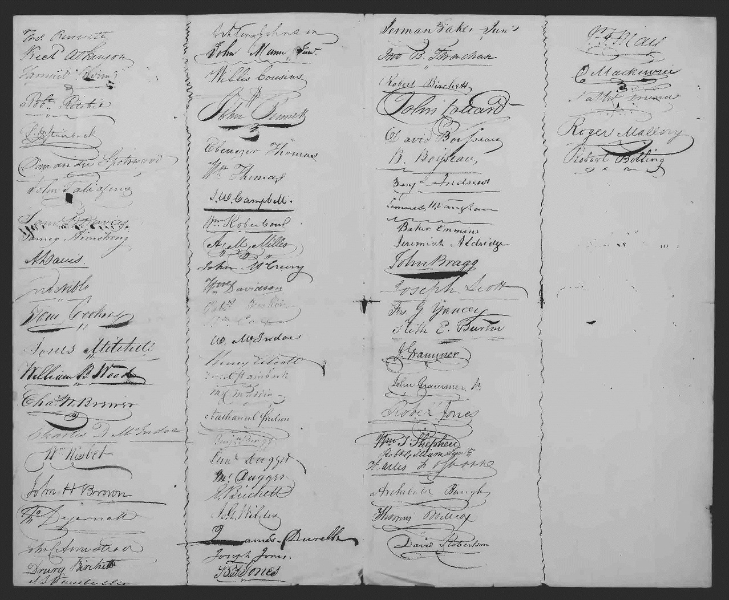 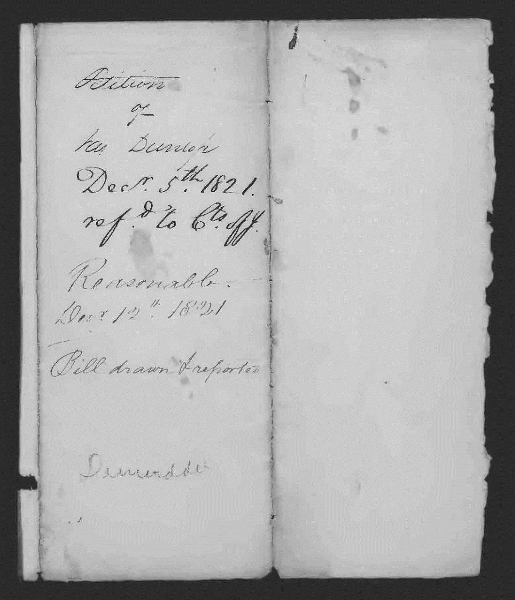 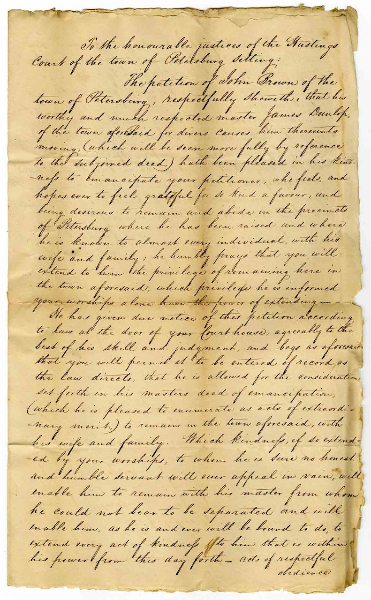 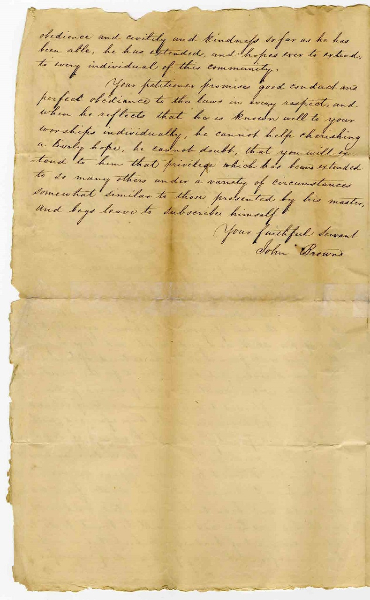 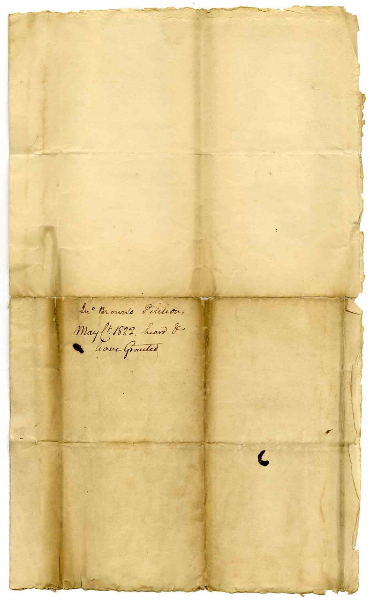 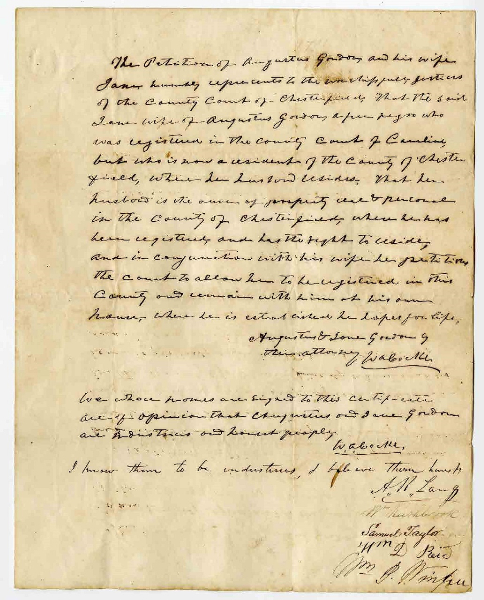 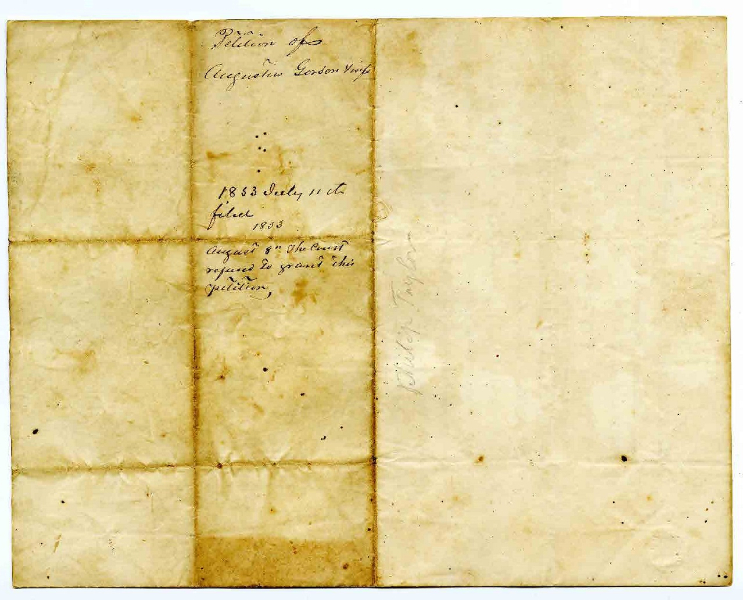 Not everyone who filed for petitions to remain in the Commonwealth or locality was as fortunate as John Brown. Augustus Gordon was a free person who resided in Chesterfield County. His wife Jane was also free but she was a resident of Caroline County. In July 1853, Augustus petitioned the local court in Chesterfield County to permit his wife “to be registered in this county and remain with him at his own house, where he is established [and] he hopes for life.” A month later, the court informed Augustus Gordon its decision: “The court refused to grant this petition.”

The processing of local court records found in Virginia Untold was made possible through the innovative Circuit Court Records Preservation Program (CCRP), a cooperative program between the Library of Virginia and the Virginia Court Clerks Association (VCCA), which seeks to preserve the historic records found in Virginia’s circuit courts. The scanning, indexing, and transcription of the records in Virginia Untold were funded by Dominion Resources and the Library Services and Technology Act (LSTA) administered by the Institute of Museum and Library Services (IMLS).