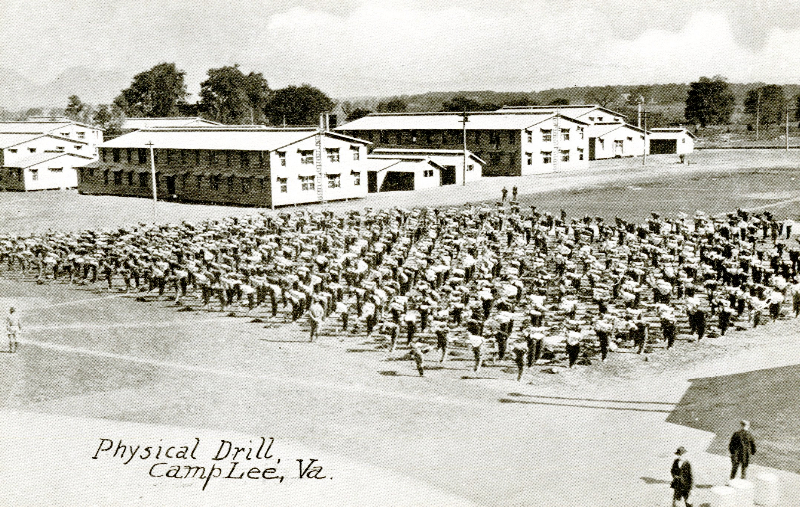 This is the latest entry in a series of blog posts spotlighting stories and records of Virginia’s involvement in World War I. 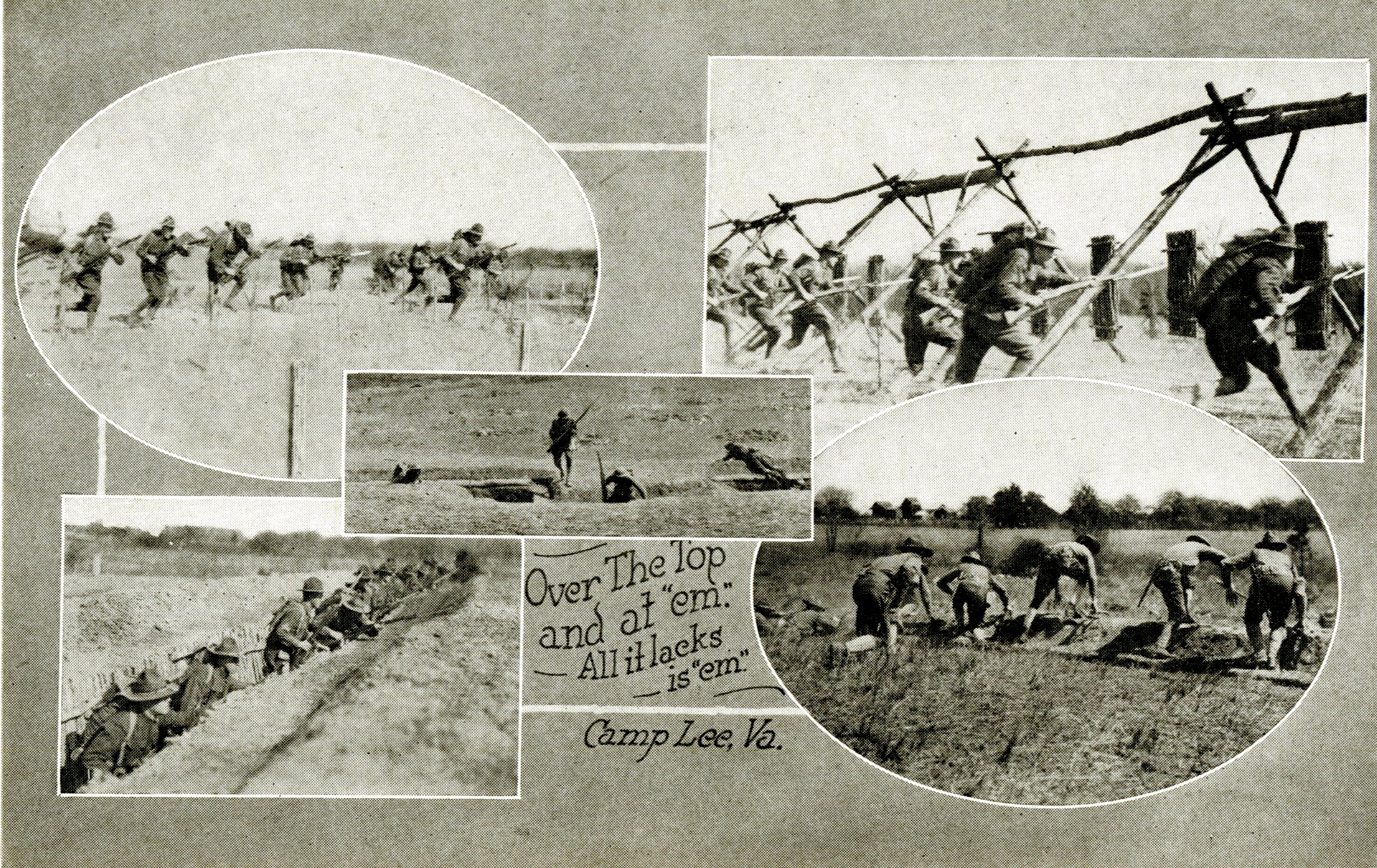 Soon after the United States entered World War I in April 1917, the War Department acquired land between Petersburg and Hopewell to construct a new military cantonment. The camp, named for Confederate general Robert E. Lee, was soon designated as a division training center. Construction began on Camp Lee in June 1917, and by September the facility had more than 1,500 buildings and was ready to begin receiving members of the 80th Division for training. At its peak, the camp was the third-largest population center in Virginia behind Richmond and Norfolk, with some 60,000 doughboys passing through its training facilities on their way “Over There.” 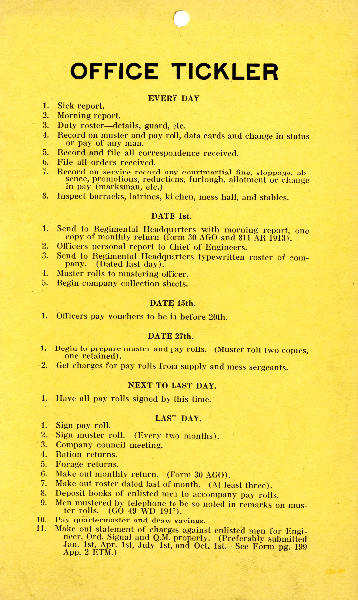 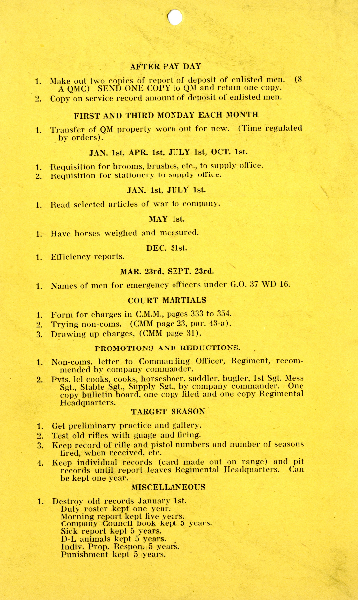 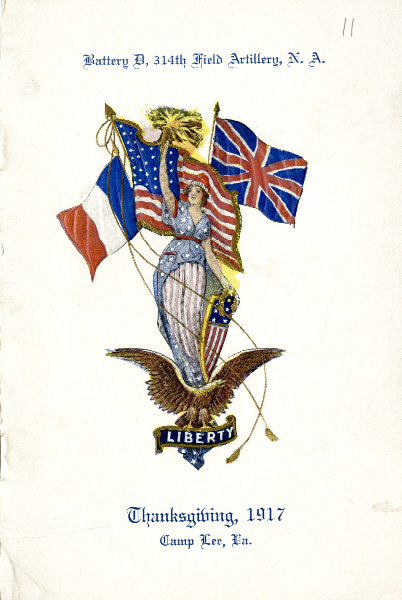 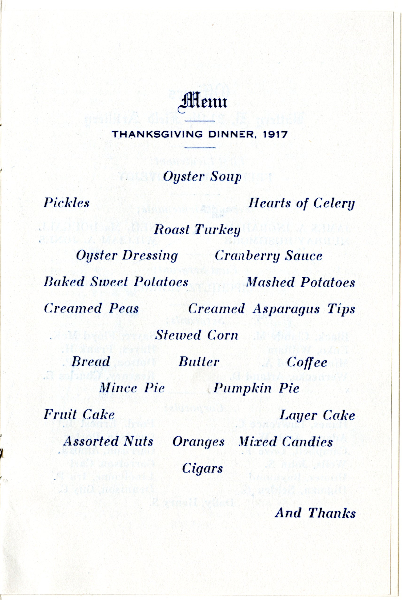 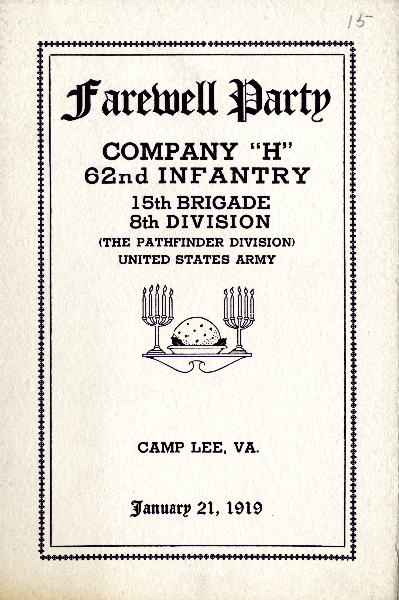 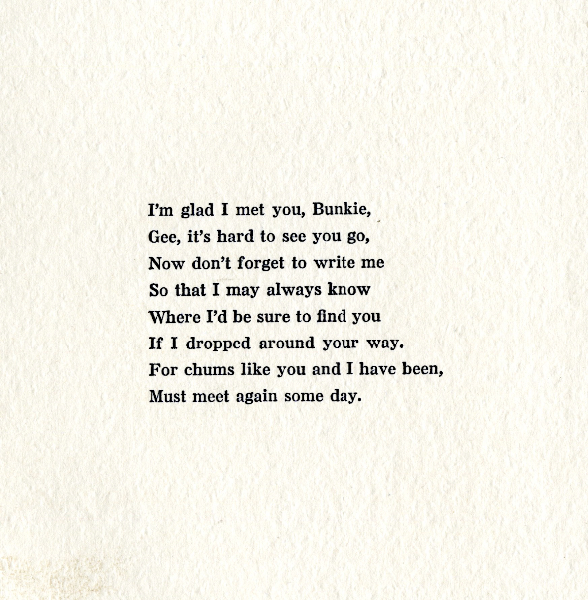 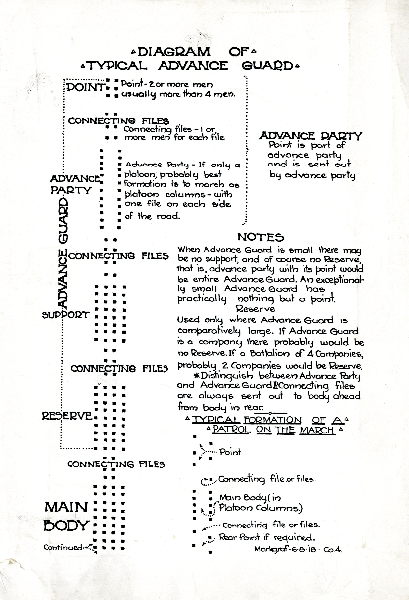 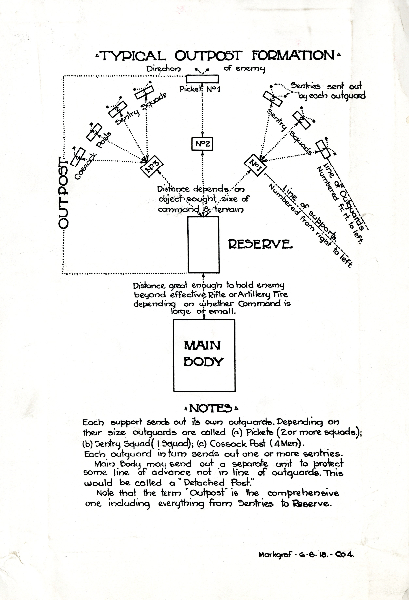 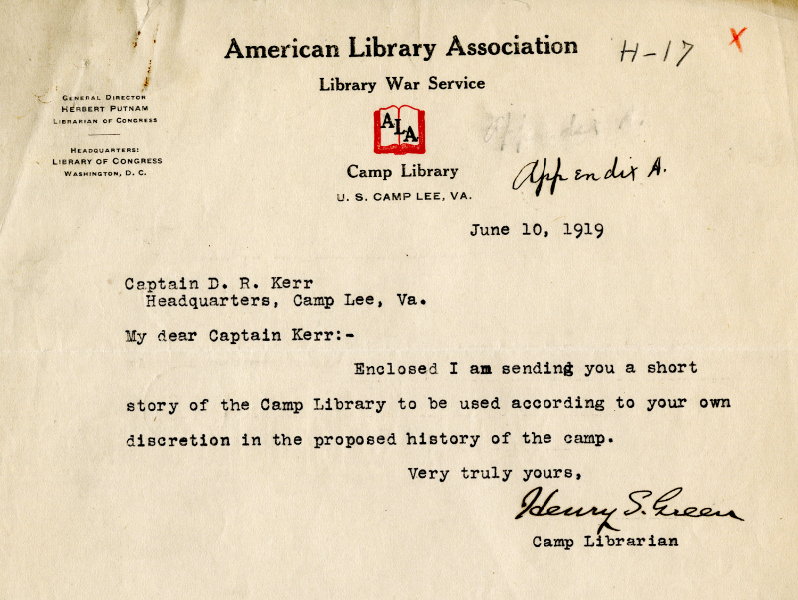 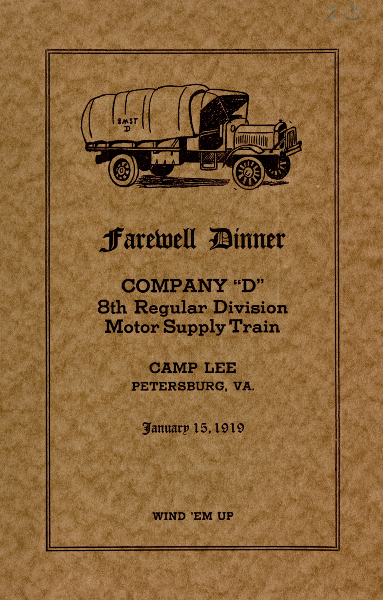 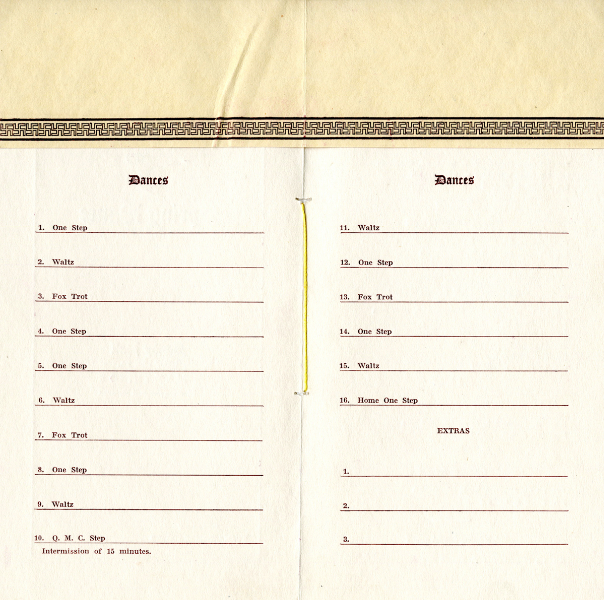 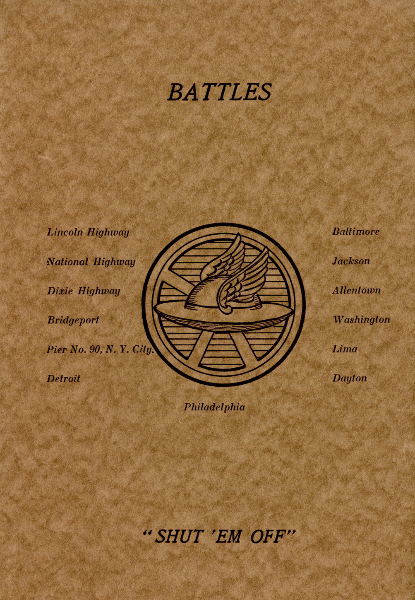 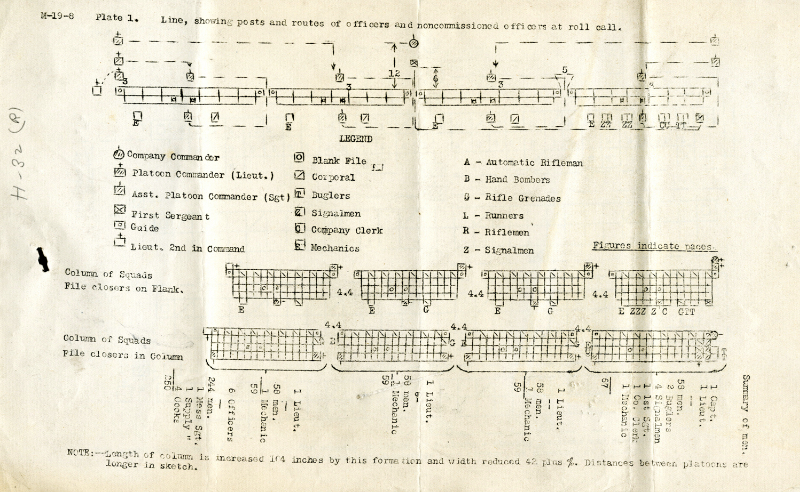 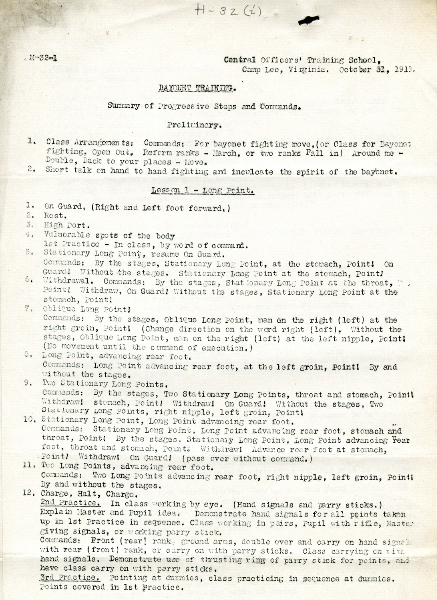 "Summary of Progressive Stops and Commands"

The camp hosted a number of Army organizations, including an auxiliary remount depot, an office of the judge advocate, an infantry officers’ training school, a base hospital and later a convalescent center. As the area worked to accommodate the needs of this sudden influx of young men, a number of  social organizations also had a presence on the camp, including the YMCA, Jewish Welfare Board, and Knights of Columbus. The American Libraries Association, which had established a Library War Service headquartered at the Library of Congress, created a camp library with the assistance of Dr. Henry McIlwaine of the Virginia State Library. Former President William Howard Taft, who attended the opening exercises of the camp’s library, described it as “one of the evidences of the tender, loving care the people of the country are manifesting toward the men who represent them,” claiming that the library would alleviate stress and “divert the mind.” Perhaps to demonstrate the care provided towards the nation’s young soldiers, the Thompson Illustragraph Company created a series of postcards documenting daily life in the camp, with images of buildings and of soldiers training. 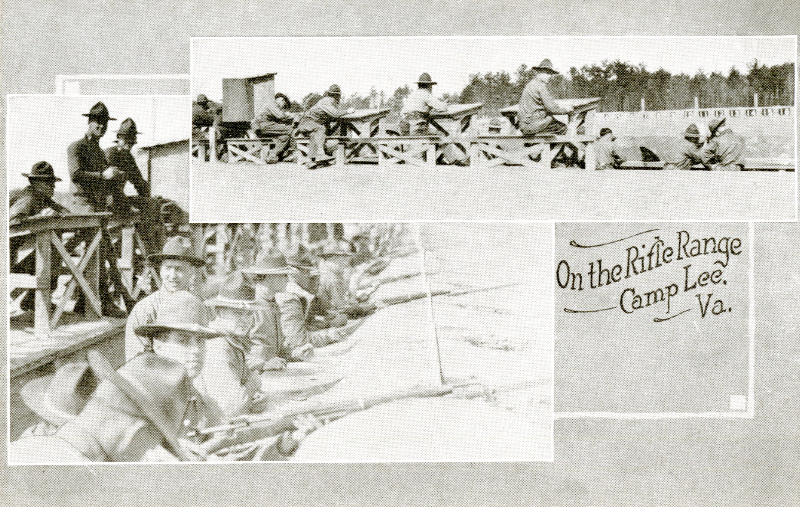 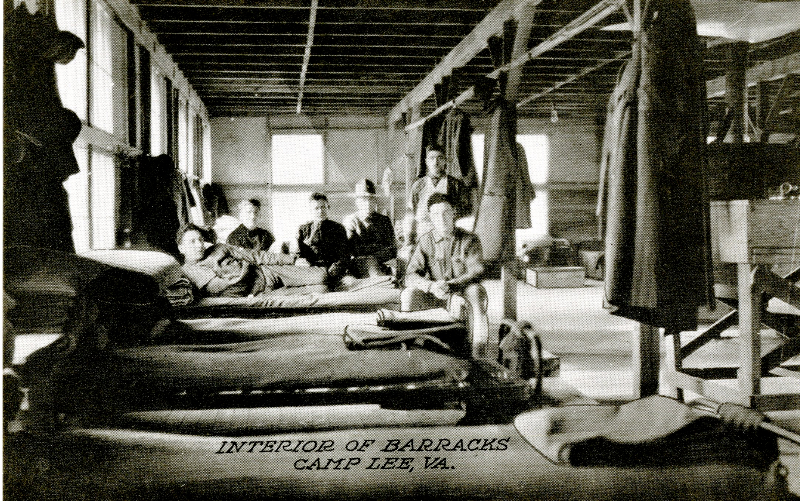 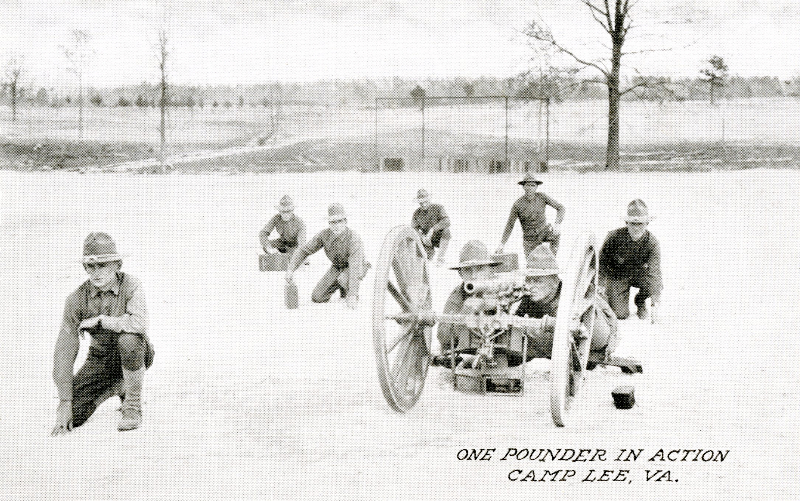 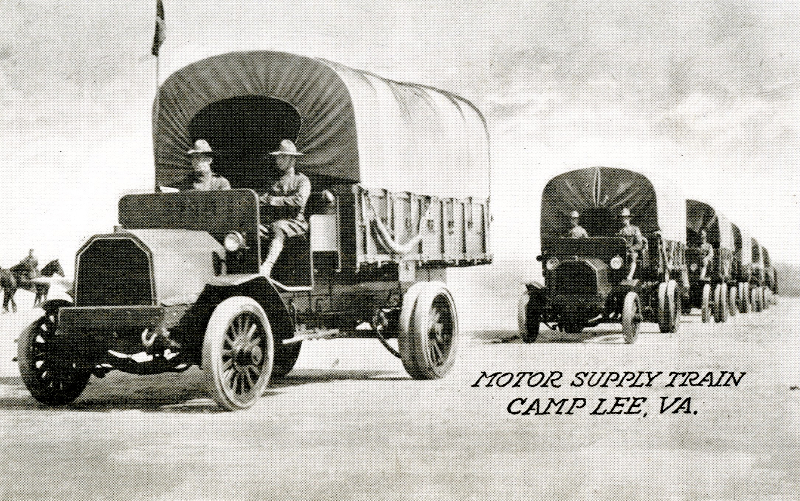 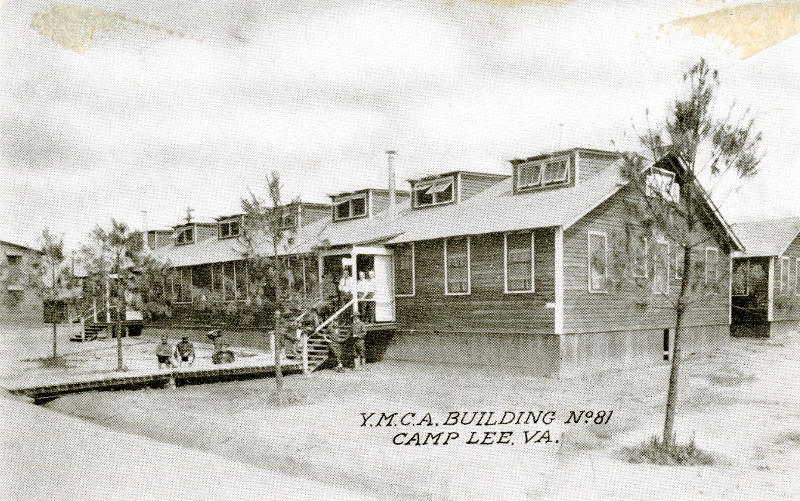 For many soldiers, Camp Lee was as close as they got to war; after the 80th Division was deployed for France they were followed by the 37th Division, before their training was halted by the end of the war on 11 November 1918. Camp life could still be deadly, however; when the Spanish Flu hit the camp in the fall of 1918, an estimated 10,000 soldiers got sick and nearly 700 died. After the war ended, the camp closed and the War Department turned over the land to the commonwealth. It served mainly as a wildlife preserve until the camp was rebuilt in the buildup to World War II. The camp was redesignated as Fort Lee in 1951. Currently, it has an estimated “daily population” of more than 27,000 and is the third largest training site in the Army.

On July 10, Fort Lee will host a centennial celebration. The Virginia World War I and World War II Profiles of Honor Mobile Tour will be present at the event, providing an interactive exhibit. Visitors are invited to bring their own World War I and II-related photographs to be scanned for inclusion in the Virginia Profiles of Honor project. The Library of Virginia will catalog these materials, and some will be featured on Transcribe along with materials from our other collections.