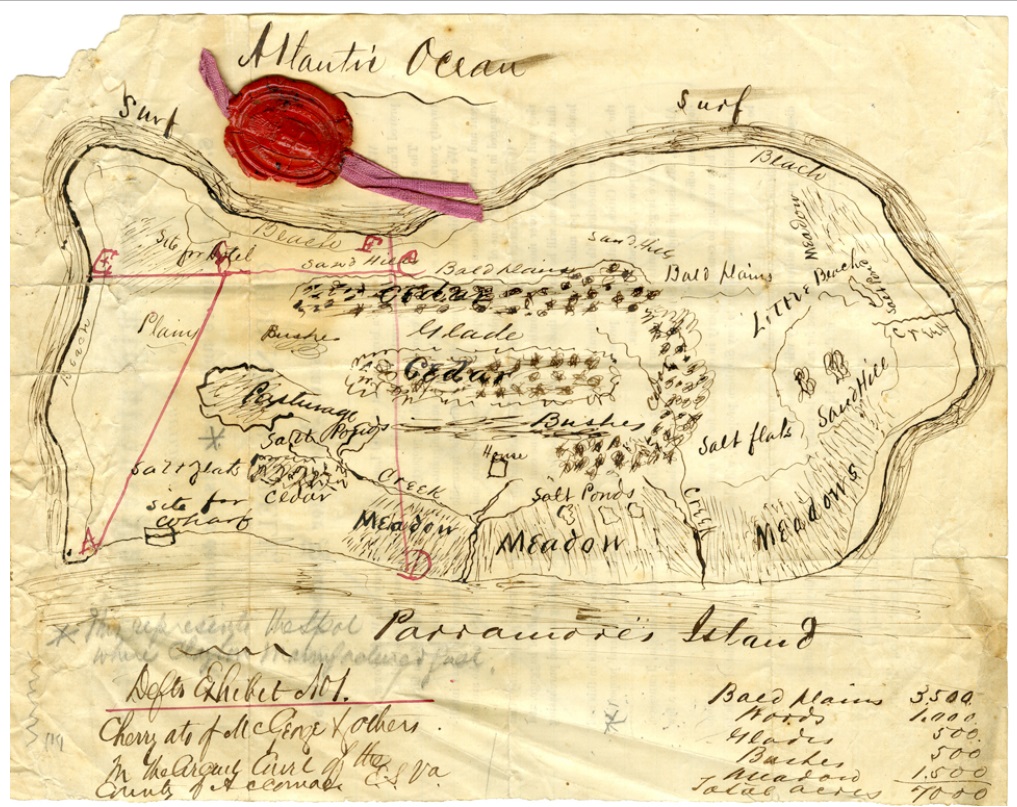 Dr. Talmadge F. Cherry of Baltimore, Maryland, was interested in buying the island. He received two advertisements and a plat containing information about the island. These documents were used as exhibits in a chancery suit- Accomack County, Chancery Cause, William McGeorge, Jr. etc. versus Talmadge F. Cherry, etc., 1876-038.

J. Henry Ferguson of No. 80 W. Fayette Street, Baltimore, Maryland, sent Dr. Cherry an advertisement that he printed on 15 July 1868. He gave many good reasons to buy the island. A second advertisement consisting of four pages was also given to Dr. Cherry. This document was divided into five sections, titled “NEED OF A GOOD SEA-SIDE RESORT,” “The Opportunity Offered,” “WHAT IS PROPOSED,” “Improvements Needed,” and “Peculiar Advantages as a Summer Resort.” This document provided information about building a summer resort and tried to convince the reader that it should be built on Parramore’s Island.

Dr. Cherry also received a hand drawn plat of the island demonstrating various geographic features. The location of the house, the salt ponds and flats, and the pasture were all drawn on the plat. The back of the plat contains information about the land company, one of many trying to sell land in Virginia to investors from other states following the Civil War. 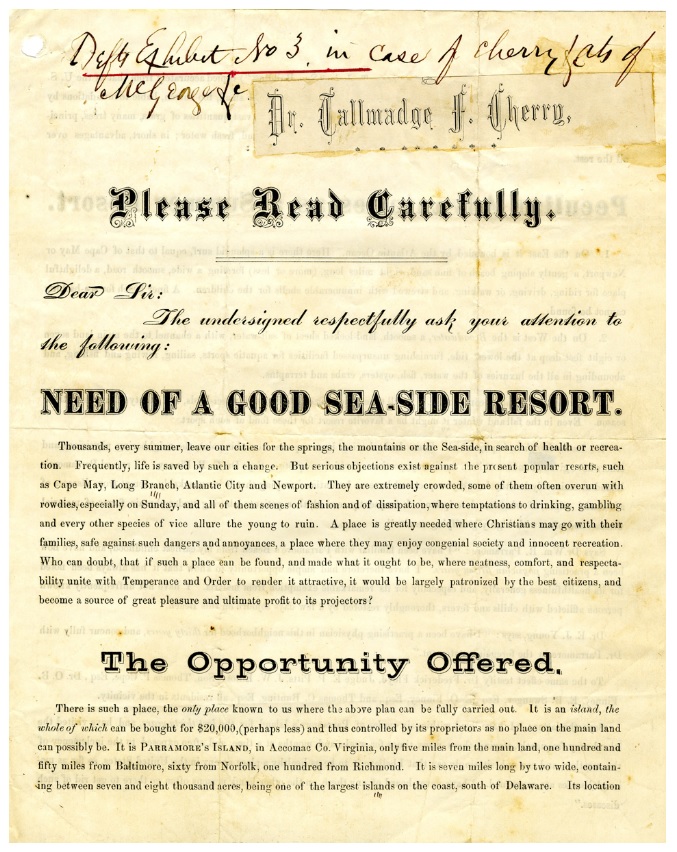 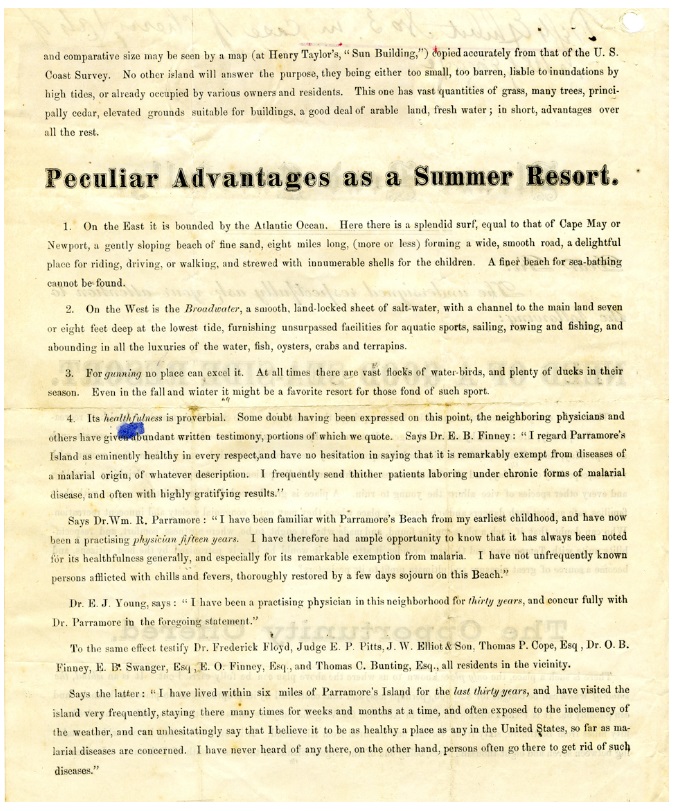 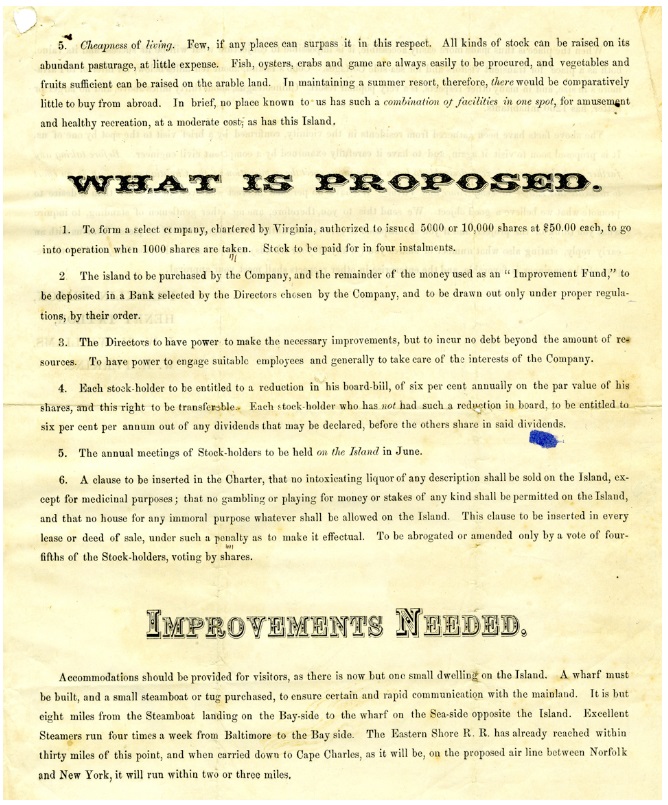 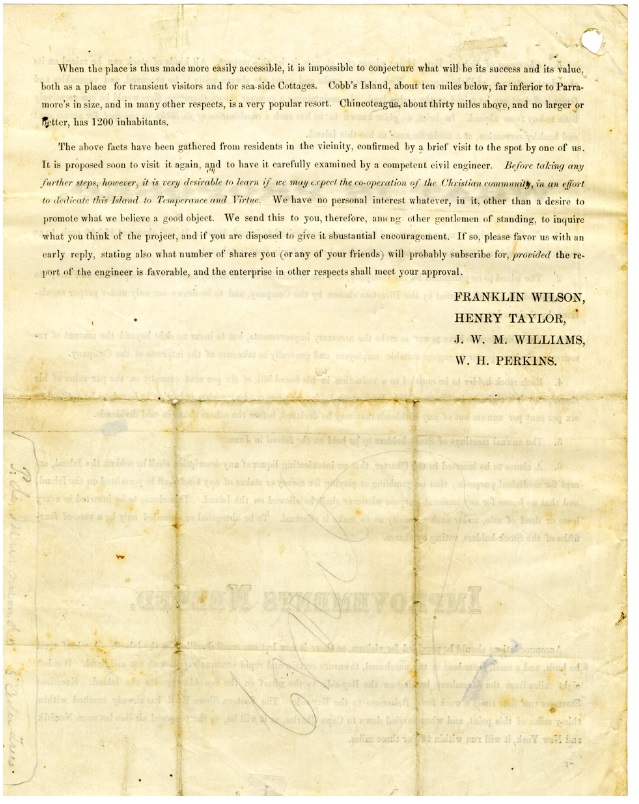 A copy made on 11 August 1875 of the 9 October 1787 survey of the island, as well as a smaller island called “Calf Pasture,” also served as an exhibit in the chancery cause. It shows two different tracts of land on Parramore’s Island. One is the large beach on the island, which consisted of 1150 acres. There is also a plat of the main plantation on Wachapreague Creek and Wachapreague Bay. 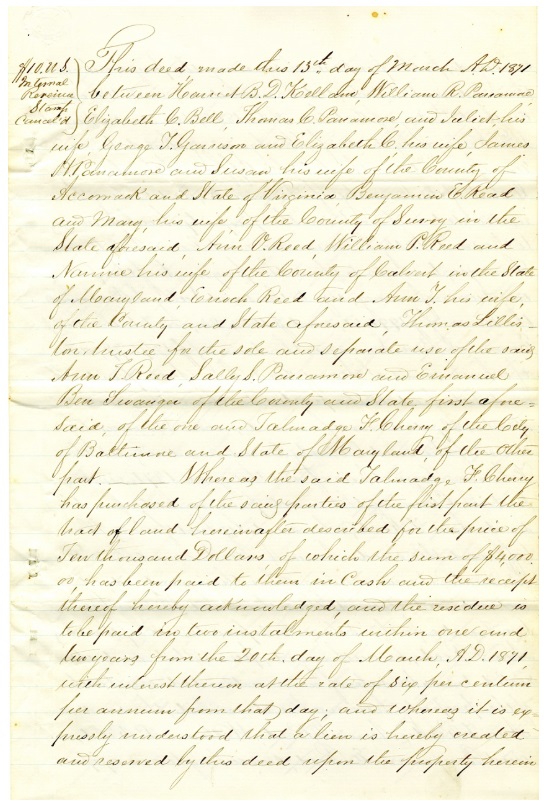 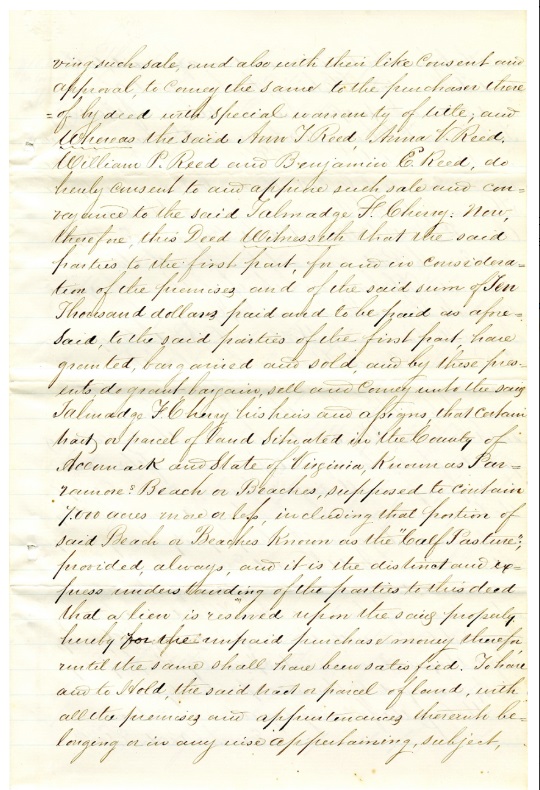 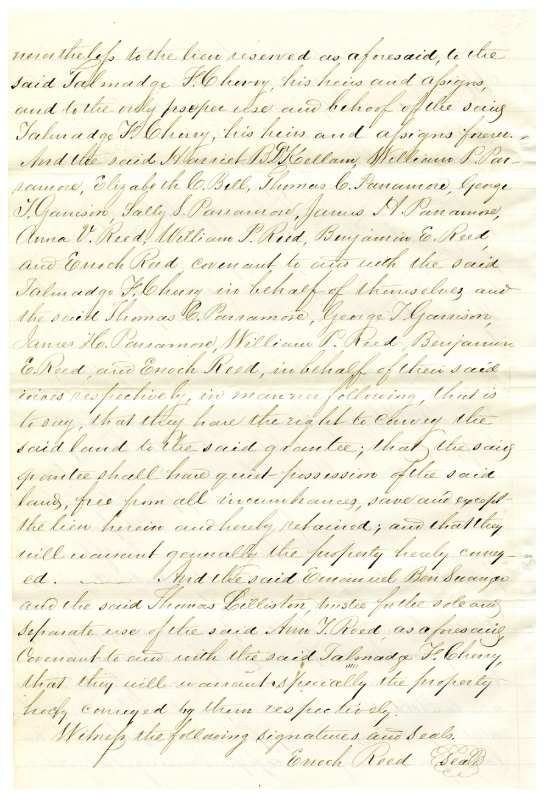 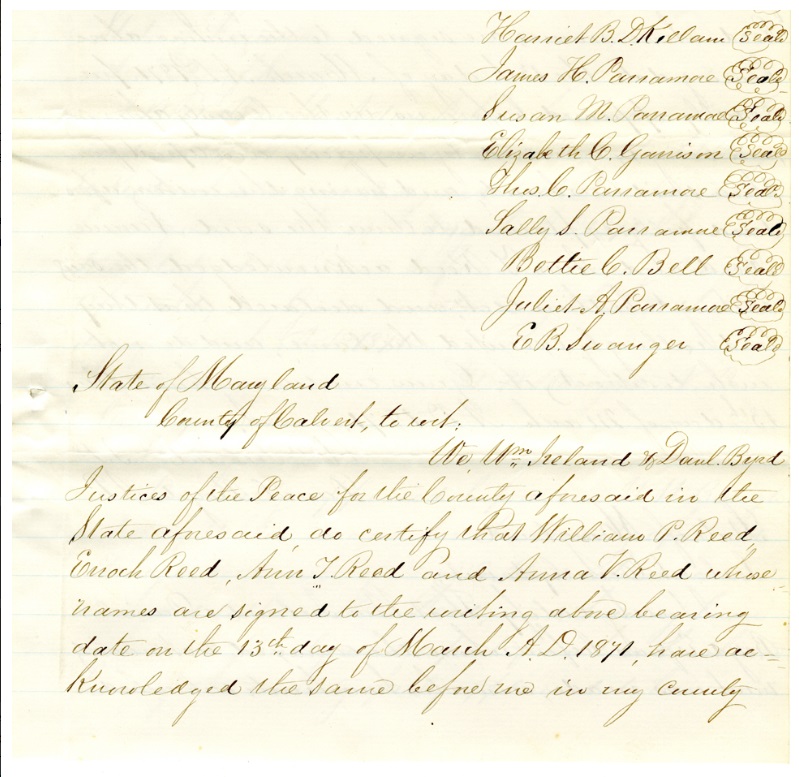 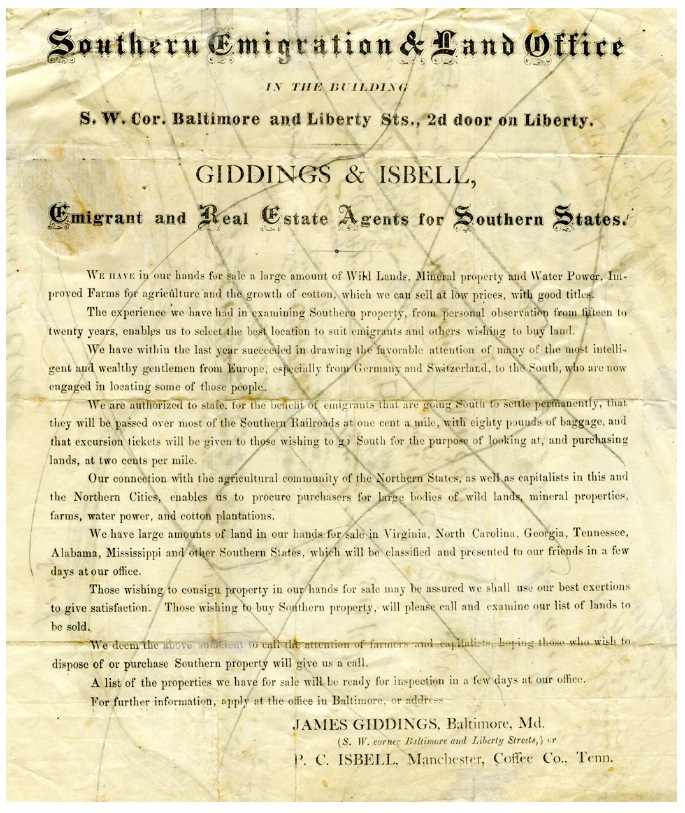 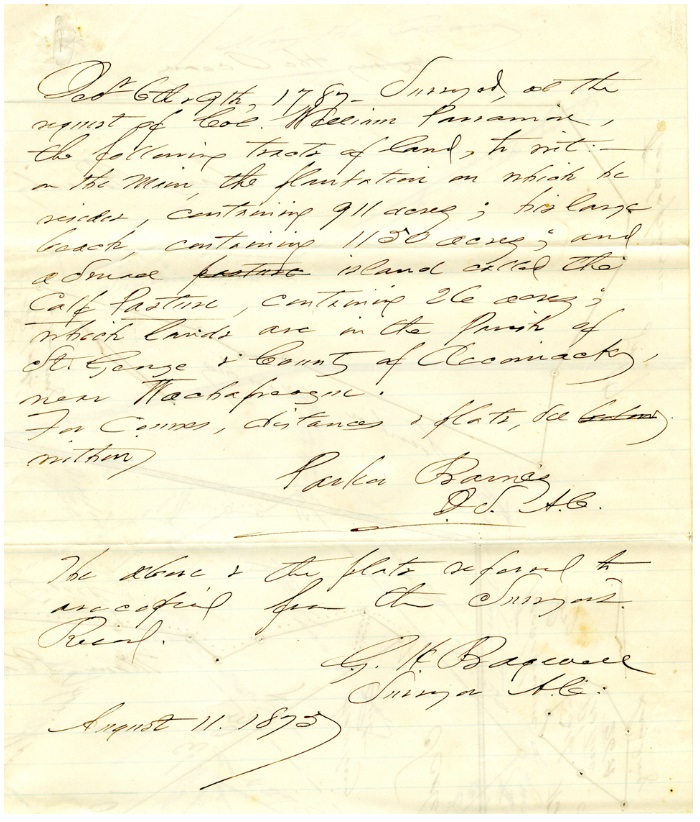 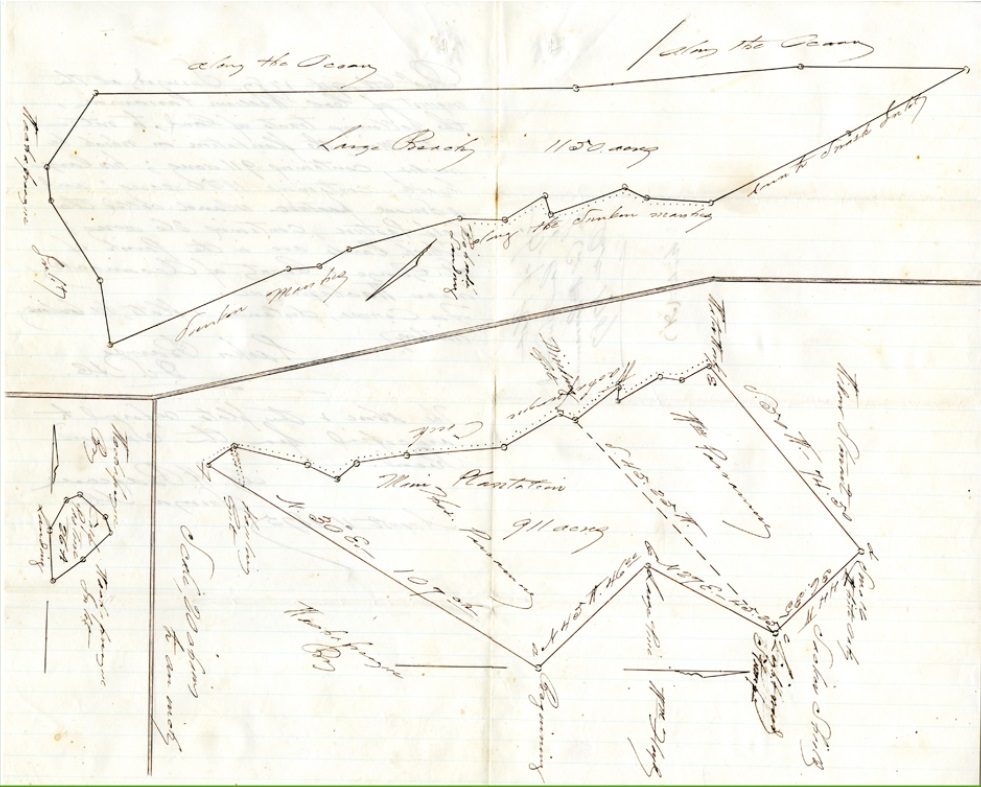 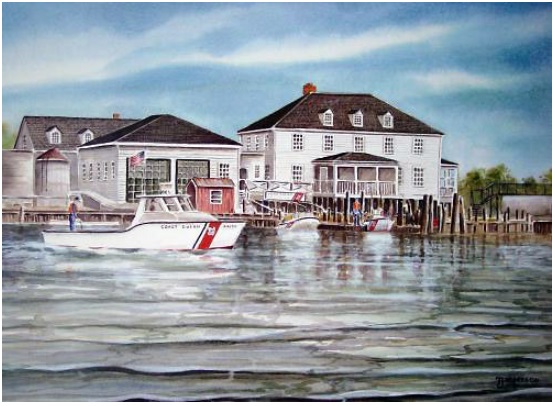 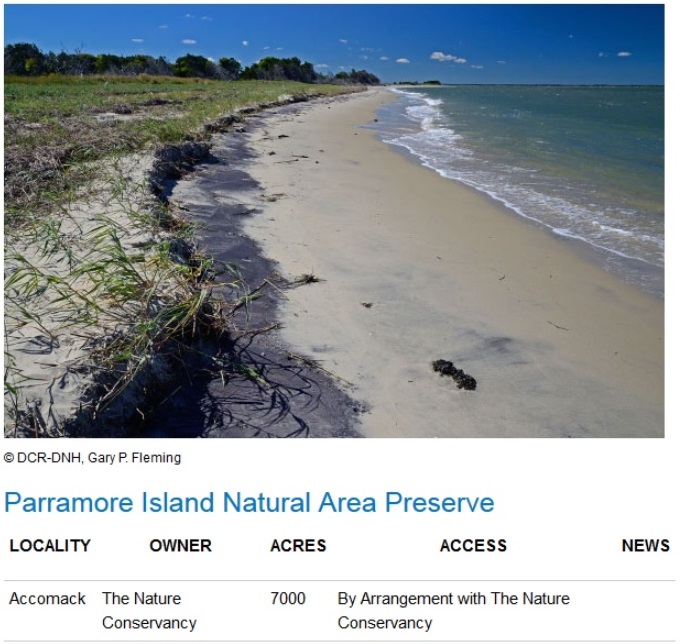 To see how the island appeared in the twentieth century, there are historical USGS Topographic Quadrants Maps showing the appearance of the northern part and the southern of the island between 1931 and 1984 are available online.  Some of the quadrant maps show the whole island.  Others show the north section of the island and some show the south section. Use the search term “Parramore Island, United States.”

The Accomack County chancery causes are available on the Chancery Records Index (CRI). Their processing and scanning were made possible through the innovative Circuit Court Records Preservation Program (CCRP), a cooperative program between the Library of Virginia and the Virginia Court Clerks Association(VCCA), which seeks to preserve the historic records found in Virginia’s circuit courts.