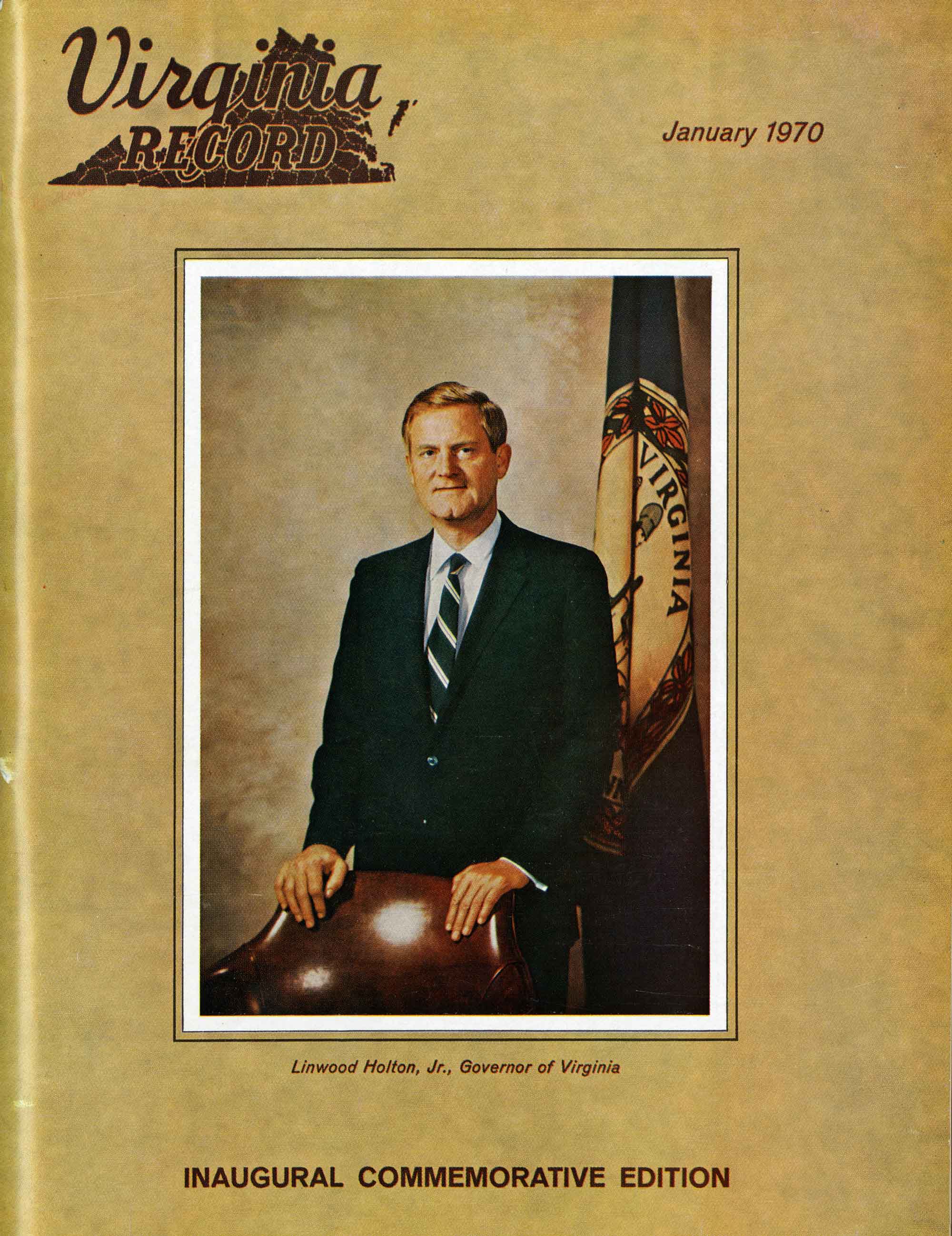 On Monday, 16 October 2017, the City of Roanoke will dedicate Holton Plaza, a new park named in honor of former Virginia Governor A. Linwood Holton (1970-1974). Out of the Box thought this would be a good time to spotlight some of the Library’s collections related to Holton.

Abner Linwood Holton Jr. was born 21 September 1923 in Roanoke, Virginia, to Abner Linwood Holton and Edith Van Gorder Holton. He attended local schools, before receiving his B.A. from Washington and Lee University in 1944. Holton served in the United States Navy from 1943 to 1946. He then attended Harvard Law School, receiving his LL.B. in 1949. Admitted to the Virginia bar that same year, Holton commenced practicing in Roanoke and became active in the Virginia Republican Party.

Following an unsuccessful bid for governor in 1965, Holton then won election in 1969, serving as governor of Virginia from 1970 to 1974. After his term ended, he served as assistant secretary of state for congressional relations in 1974. Holton resigned that position and practiced law in Washington D.C. He married Virginia “Jinx” Harrison Rogers on 10 January 1953, and had four children with her: Anne, Tayloe, Woody, and Dwight. 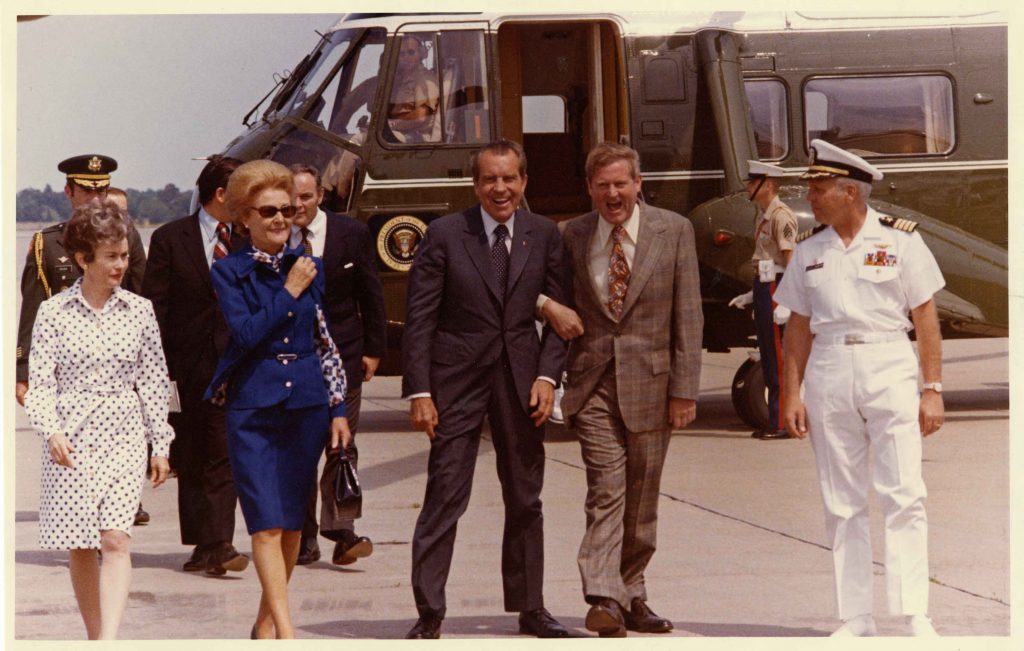 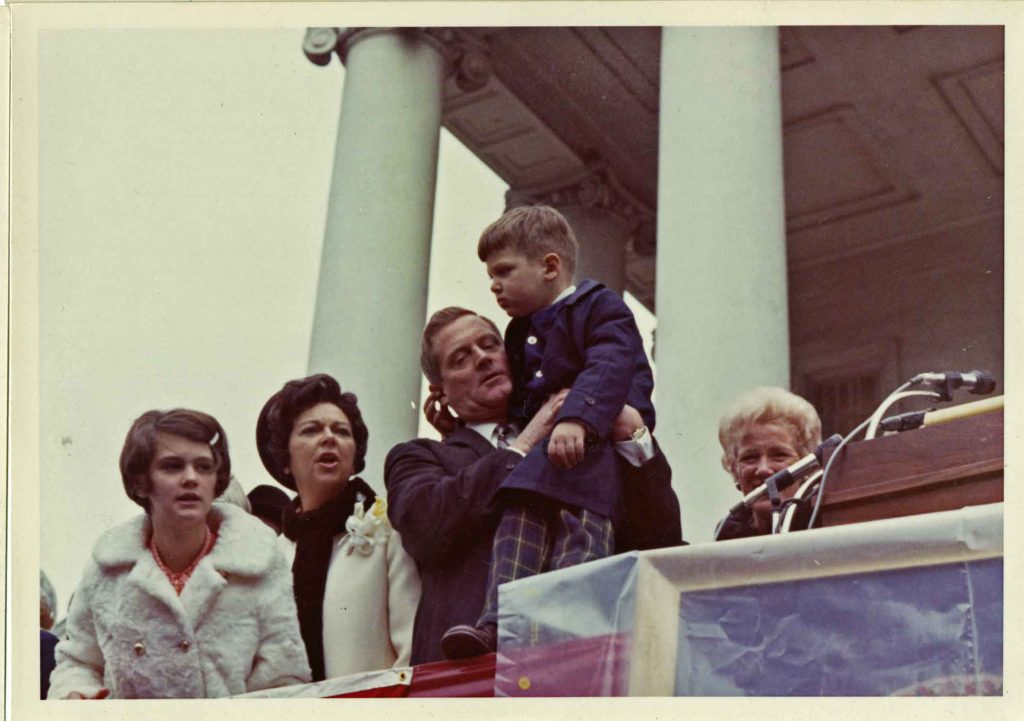 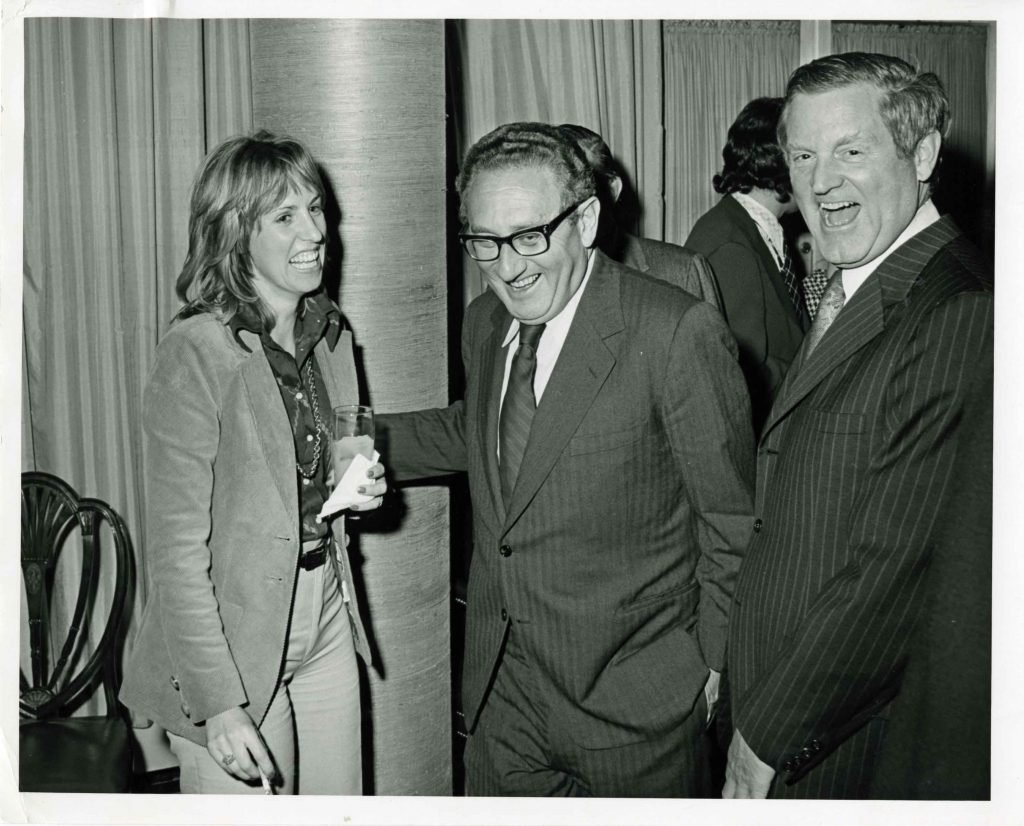 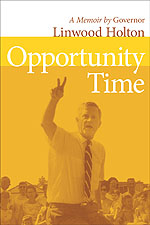 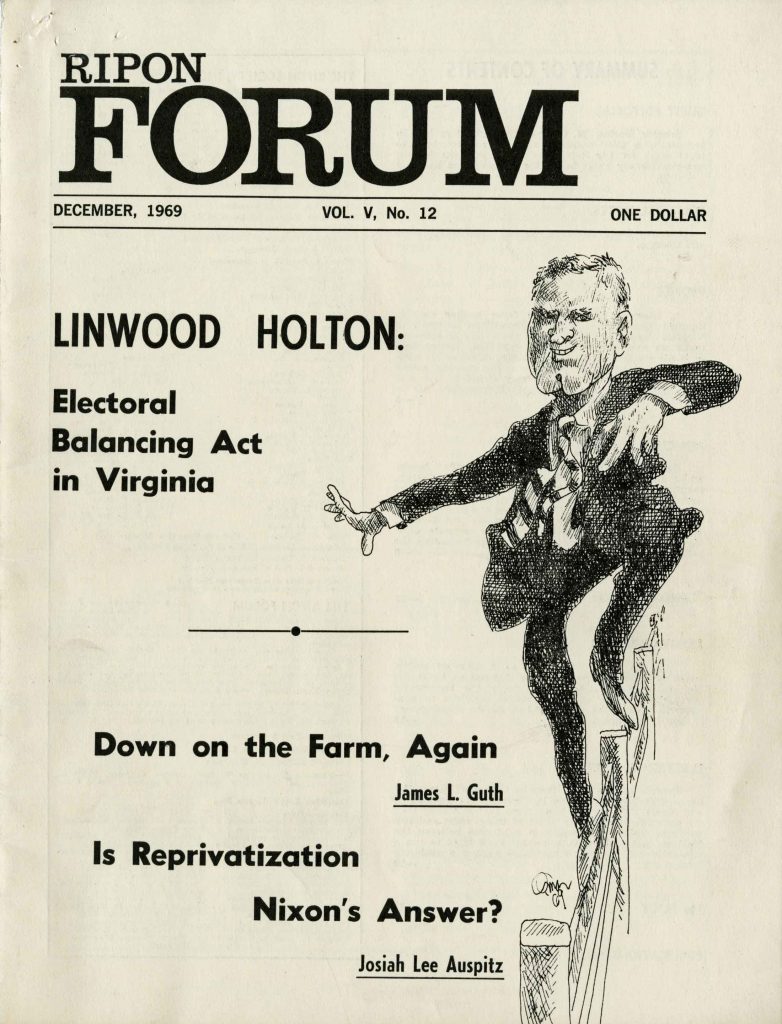 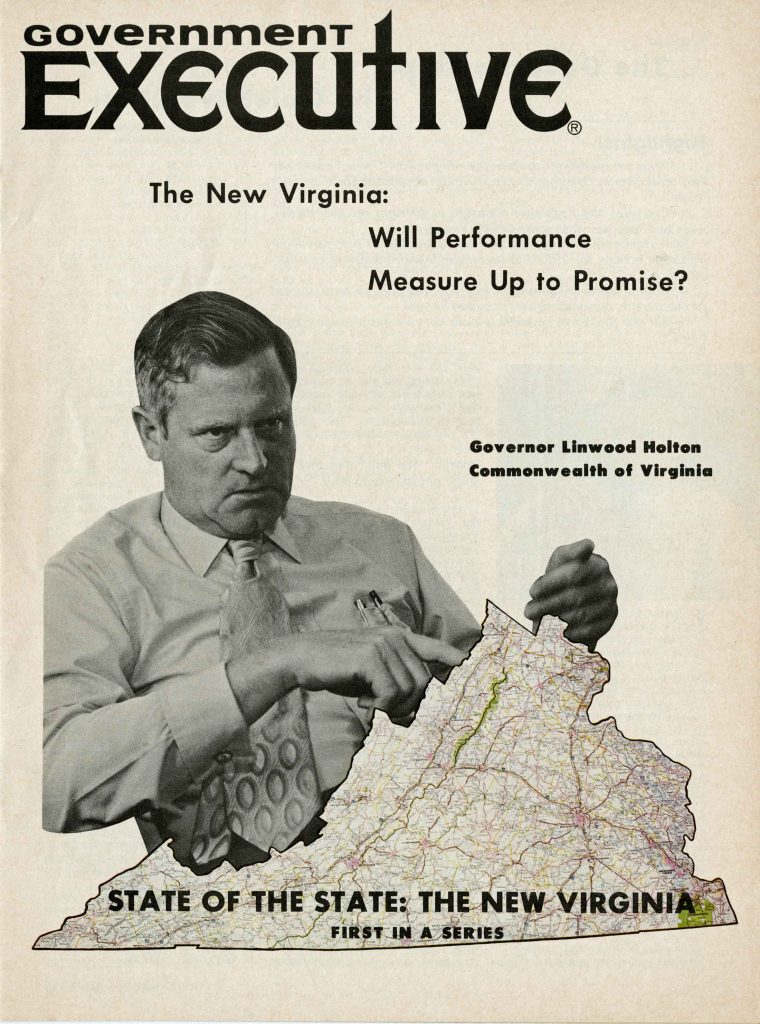 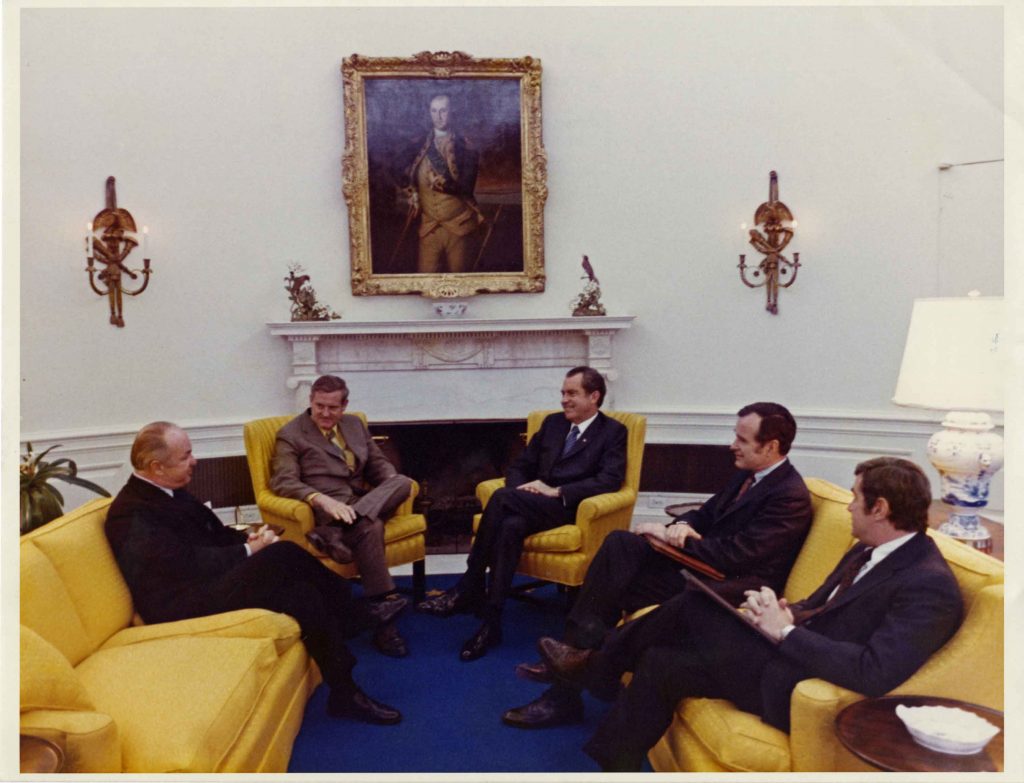 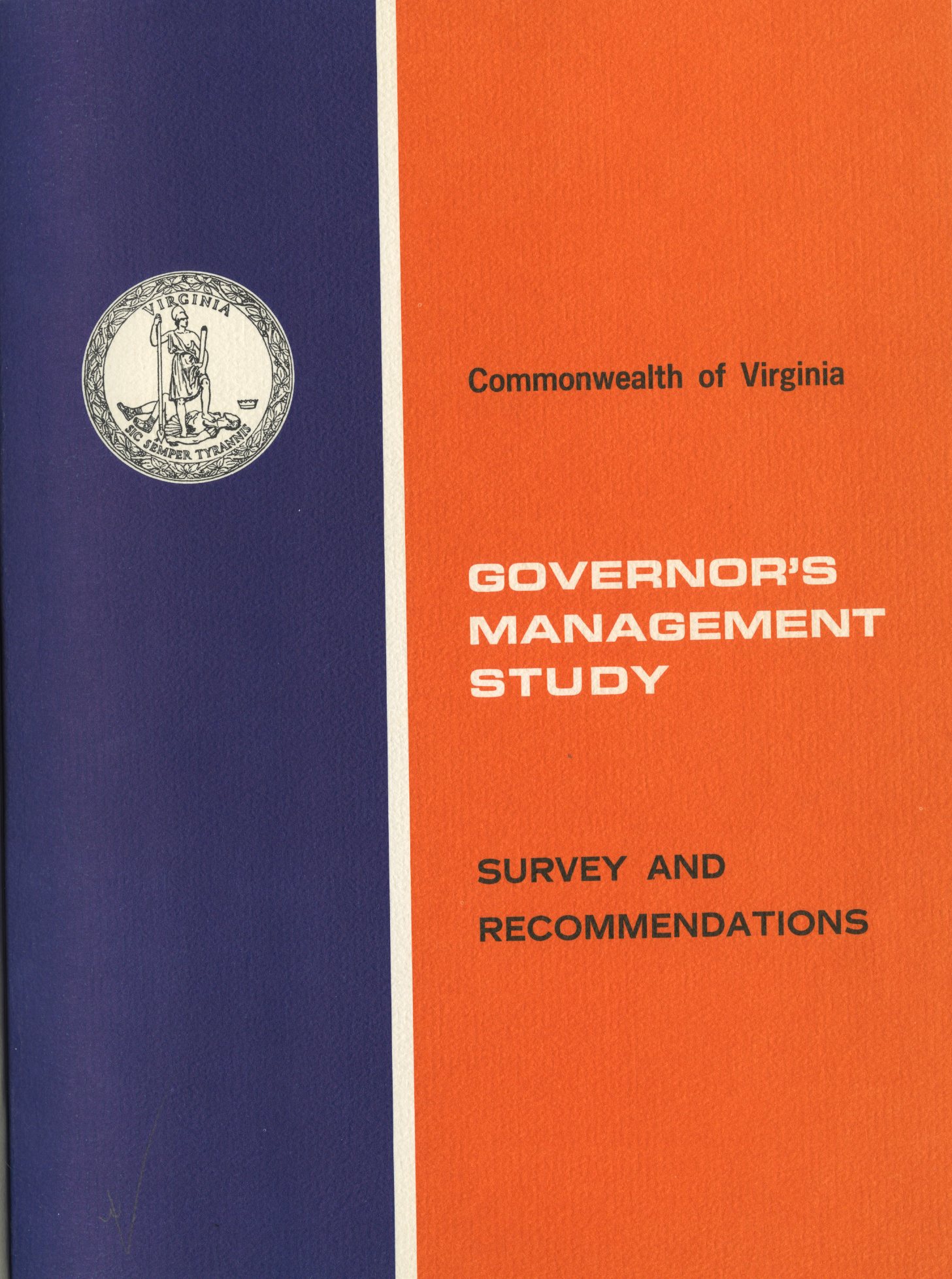 Holton made several donations of his personal papers to the Library that document his life before and after his term as governor. 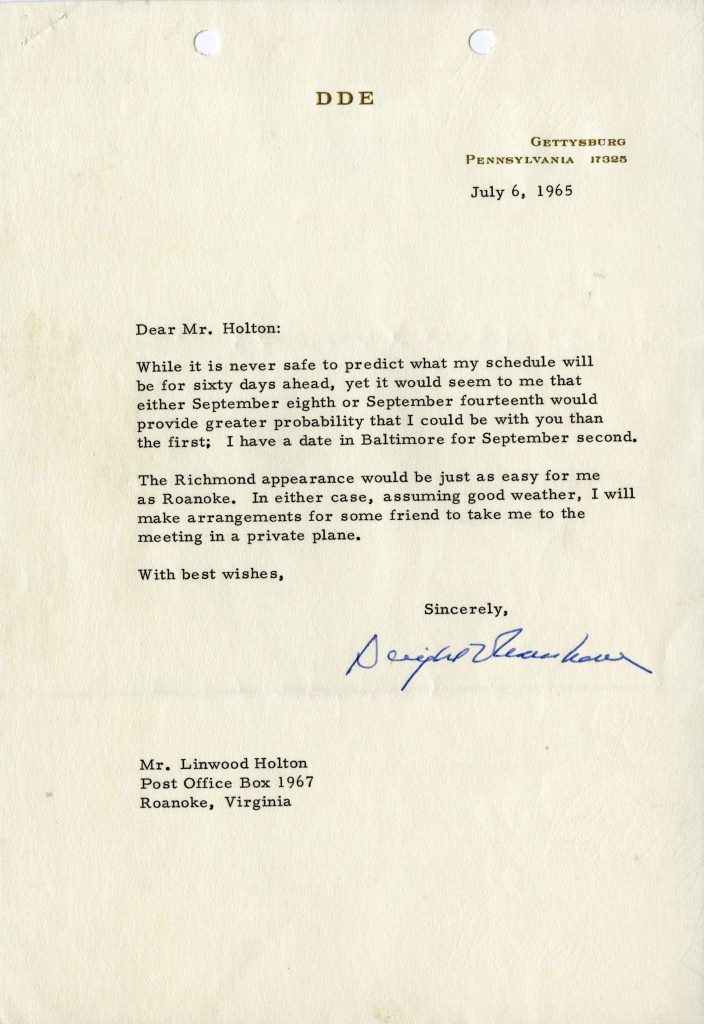 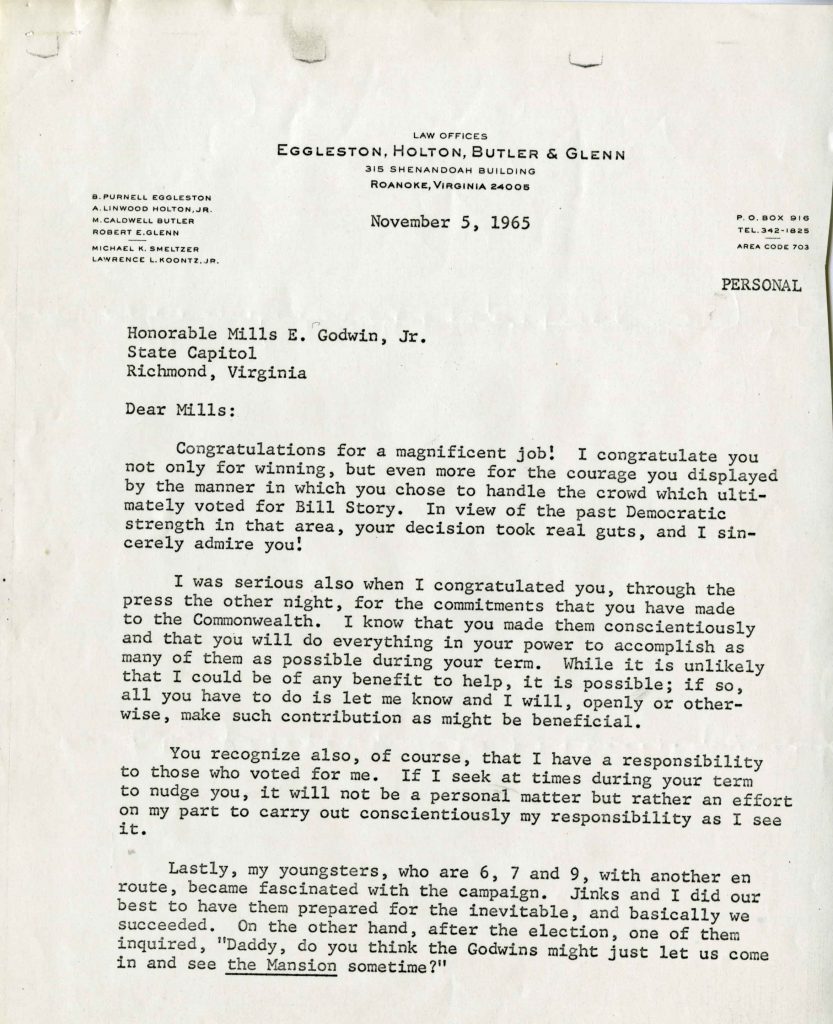 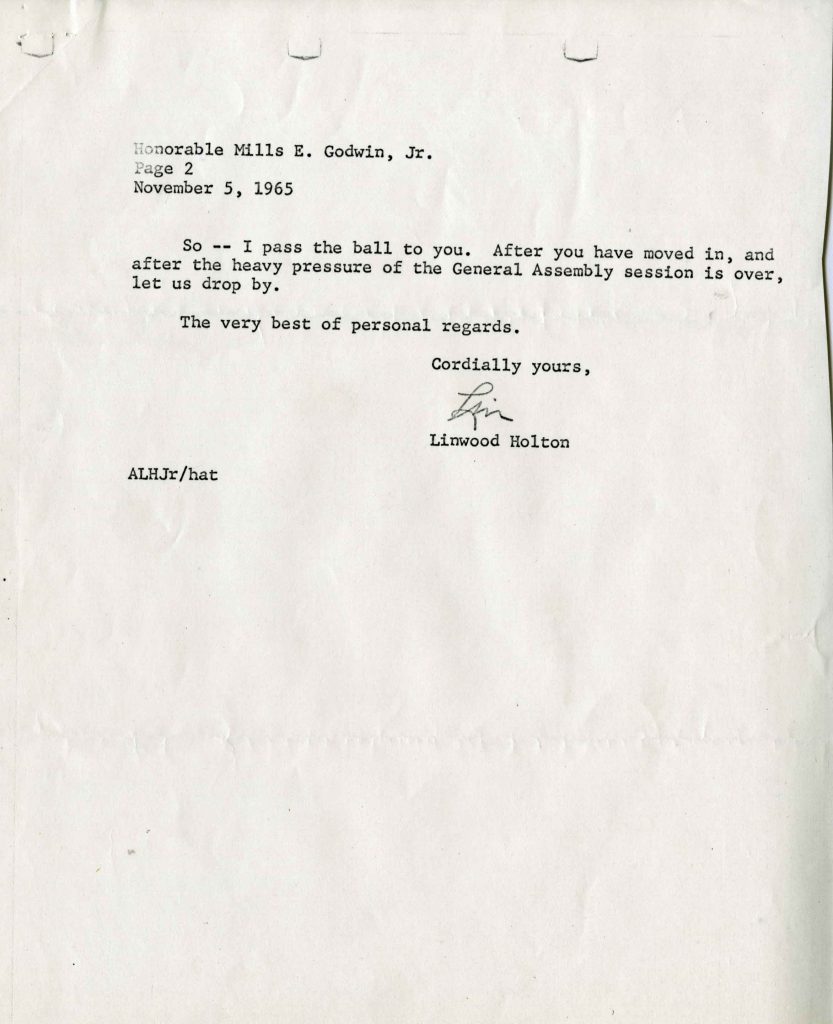 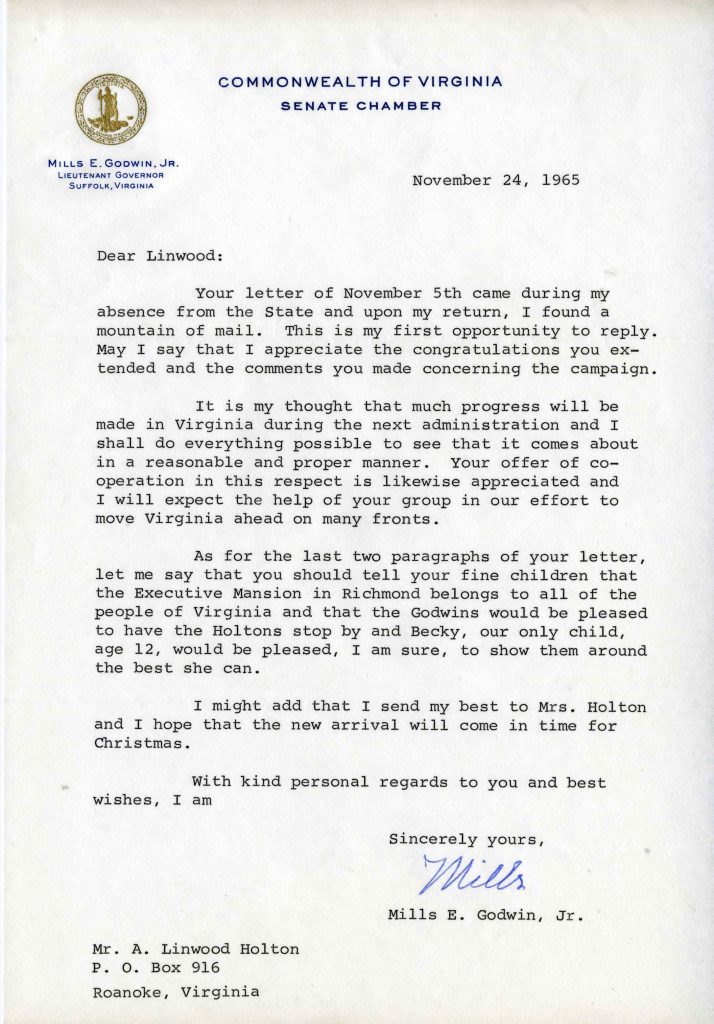 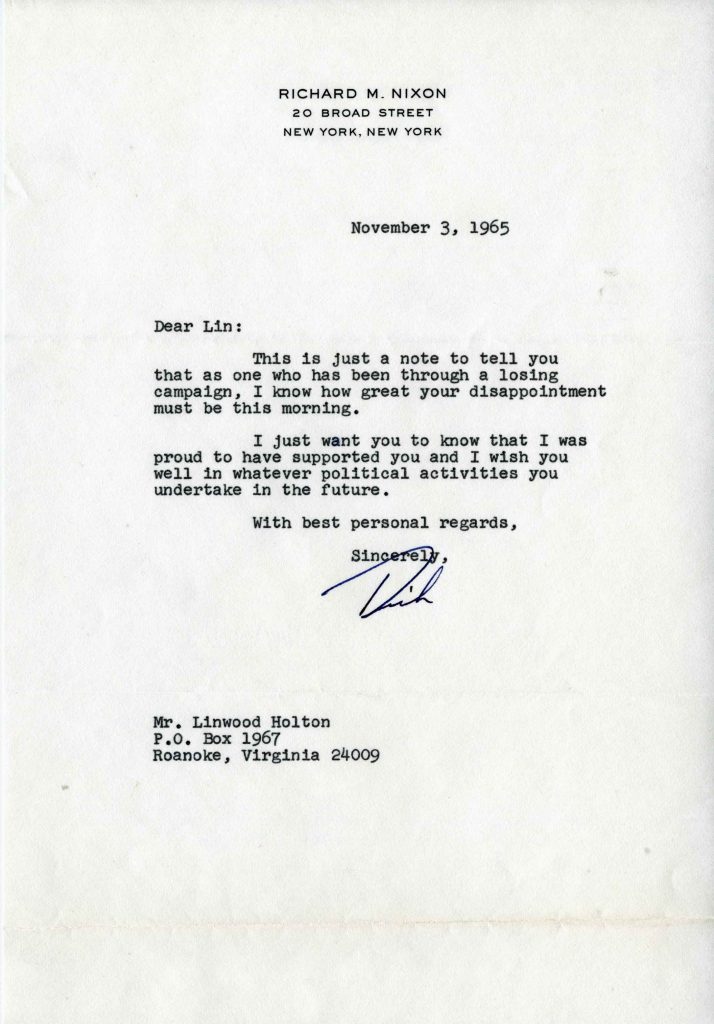 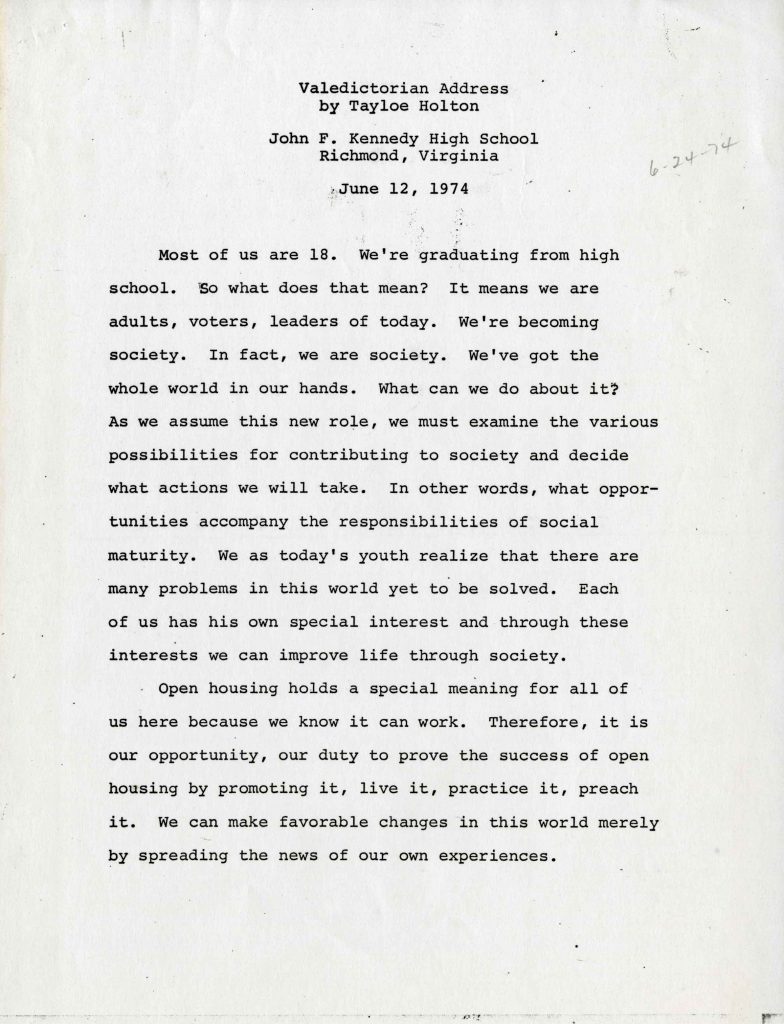 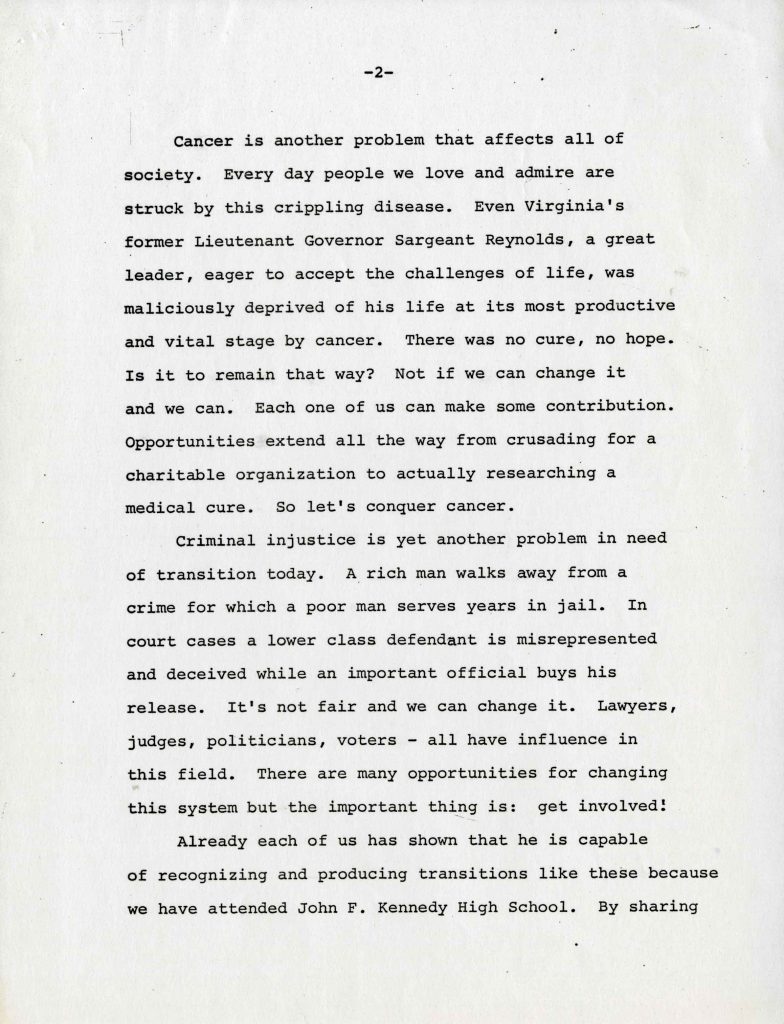 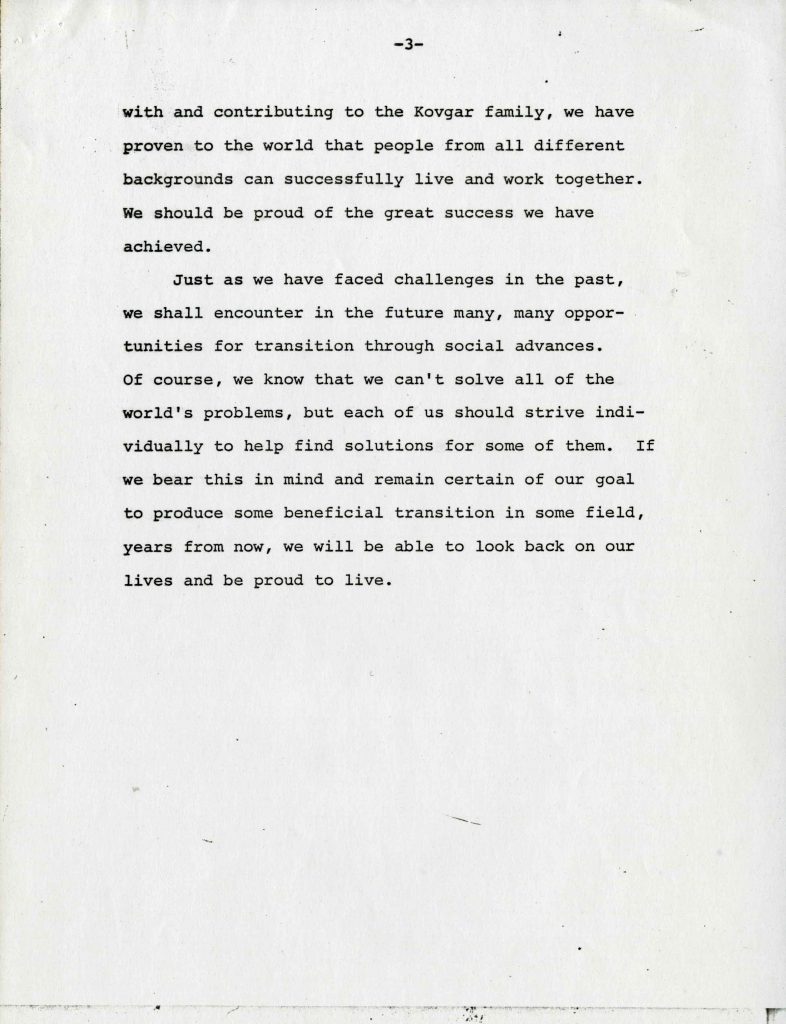 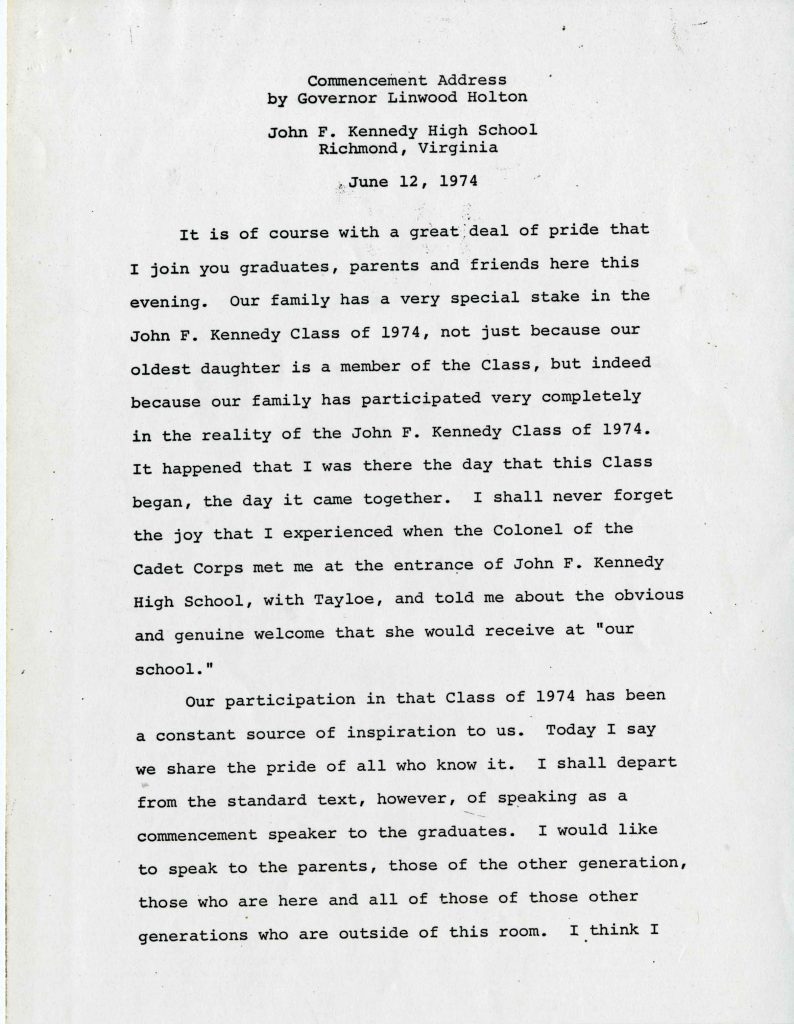 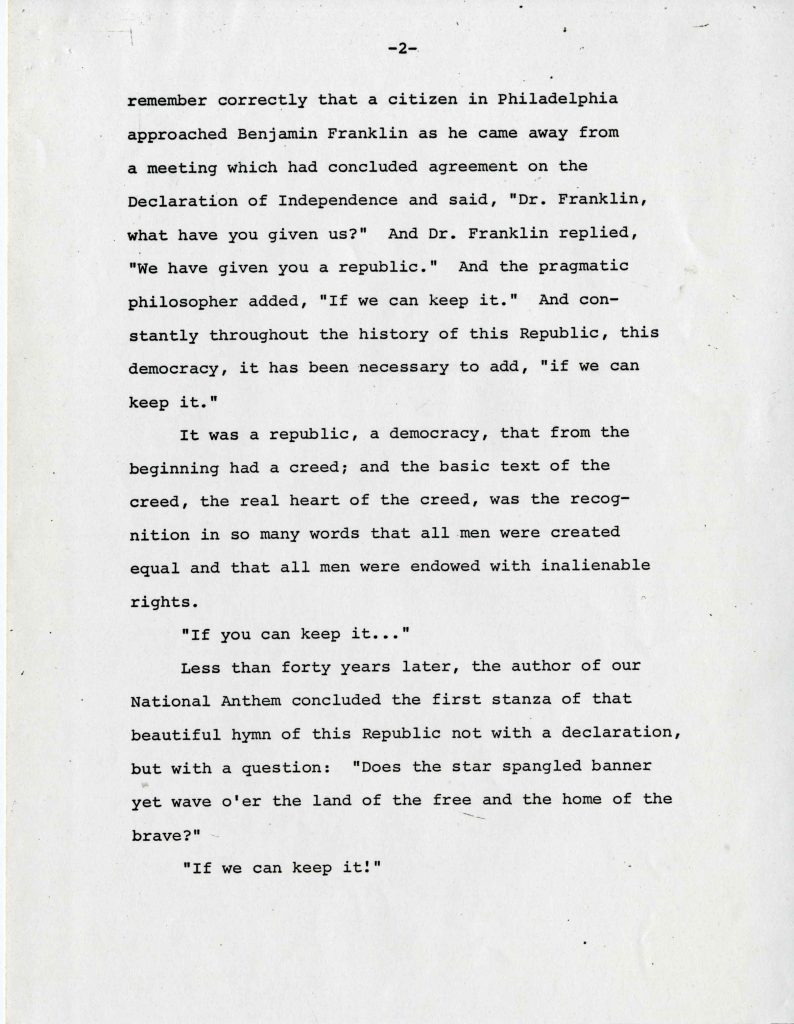 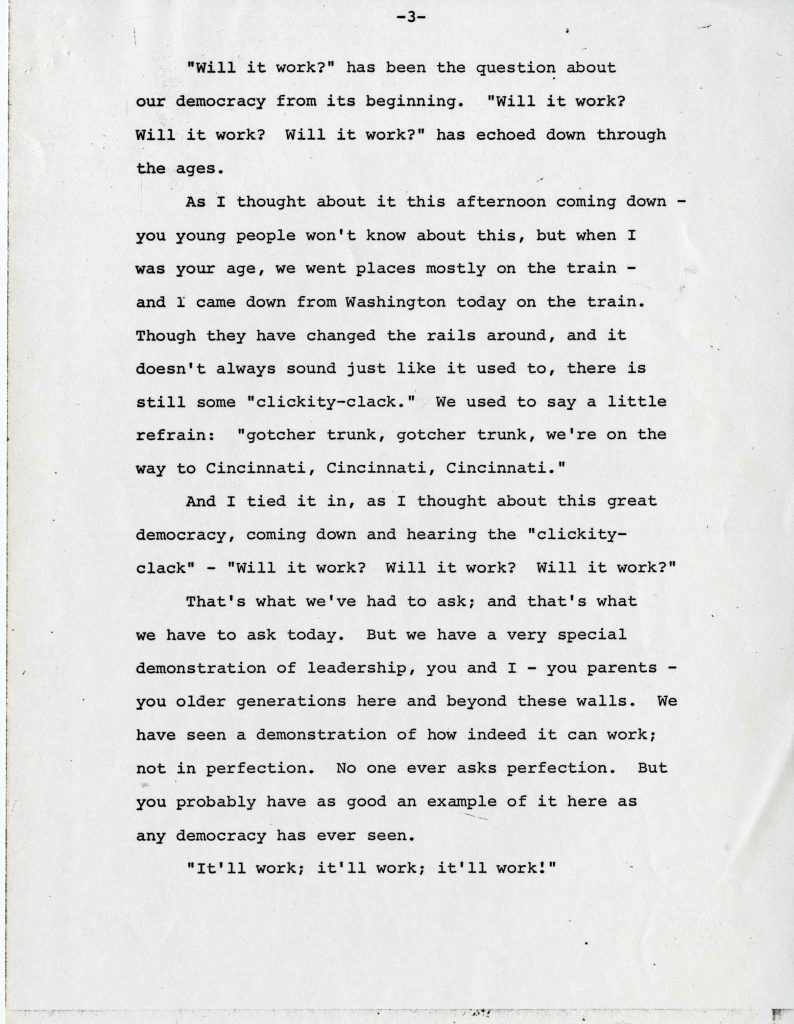 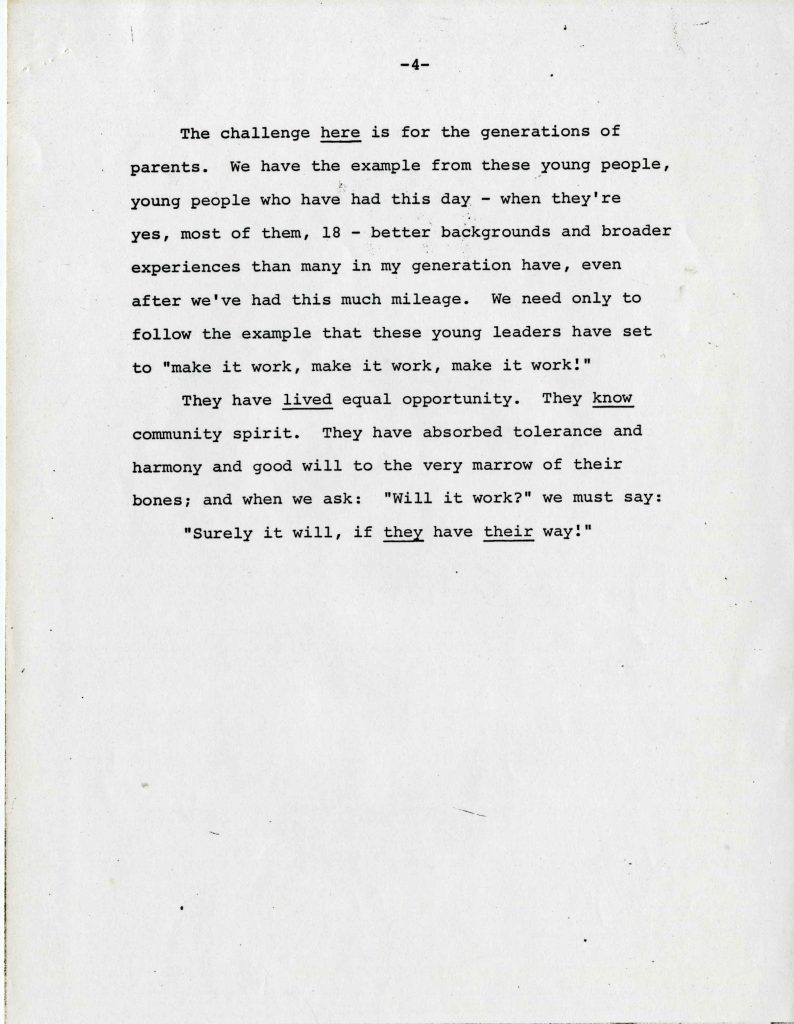 These records are accessible in the Library’s Archives Room, which is open Monday through Saturday from 9:00 am to 4:30 pm. All Archives Room users will need to have a valid Library of Virginia card. Please review the following guidelines before your visit:

For more information about visiting the Library, please consult our Visitor’s Guide and videos.