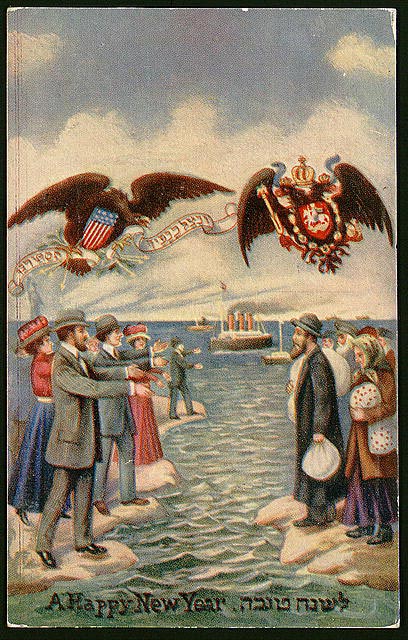 The information contained in the Norfolk County Chancery Cause 1893-022, Berkley Hebrew Cemetery Association v. Abraham Liebman, et. al., makes for a highly charged and drama-filled story. More importantly, however, the cause provides insight into a diverse community beginning a more organized transition within a region. Jewish immigrants began settling in the Tidewater area in the late 18th century– according to Irwin M. Berent, author of Norfolk, Virginia: A Jewish History of the 20th century. 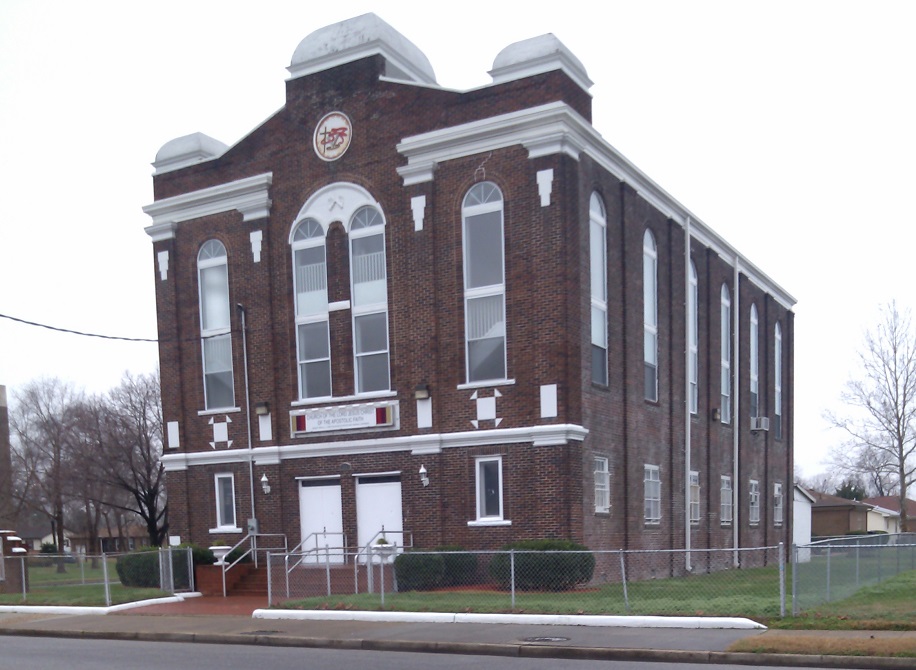 The home of the first Jewish resident of Tidewater is found in Portsmouth, which was established in 1752, incorporated as a town in 1836 and then as a city in 1858. Jacob Abrahams came first to Maryland as a convict from London. He was part of the Ashkenazic faith (a follower of the German/Eastern European ritual of Judaism). Thousands of Jewish families came to London from Germany, Lithuania, and Poland.

The first permanent Jewish resident of Norfolk, Moses Myers, settled in the Berkley section in 1787 and began an immensely successful import-export business. Soon after, the Jewish community in Berkley became known for two significant developments:  the site of the first cemetery for Norfolk-area Jews and the beginning of the “most close-knit Orthodox Russian-Jewish community in all of Tidewater.” Berkeley (sometimes spelled Berkley) is one of the oldest communities in Virginia. It was the county seat from 1790 to 1803. The area was incorporated as a town in 1890, and annexed by the City of Norfolk in 1906. Berkley underwent several name changes including Powder Point, Ferry Point, and Washington Point.

In 1820, the Washington cemetery was established on land bordering the Elizabeth River. This unofficial Jewish cemetery was abolished by the Berkley Town Council in 1890. The Hebrew Cemetery, on Princess Anne Road, was organized in 1850 and remains in use today. With the arrival of the German Jews in the 1840s, this cemetery became the official Reform Cemetery for Ashkenazic Jews. In May 1892, all the bodies from the Washington cemetery were reinterred in the Hebrew cemetery inside of a “substantial iron fence.”

Berkley’s Jewish community was called “Mikro Kodesh,” taking its name from a Lithuanian synagogue in Baltimore, the city many of the congregants called home before coming to Virginia. The Orthodox congregation in Berkley, consisting largely of Polish, Lithuanian, and Russian immigrants, bought the land for its cemetery in February 1892. The first person buried in the Berkley Jewish cemetery in July 1892 came from Portsmouth. In October 1892, the shocking death of a young Jewish woman in her twenties from Nansemond County, a rural area close to Portsmouth, and her subsequent burial in the Berkley cemetery provide first-hand details regarding the attitudes and practices of a young immigrant community. The chancery cause cited earlier and the commentary provided by local newspapers create the context for understanding both the region and the culture.

According to the bill for the cause, “On the 10th day of October 1892, the said A. Liebman promised and agreed to pay to the said A. Legum (President) and S. Goodman (Vice-President) of the said Berkley Hebrew Cemetery Association the funeral expenses of Ida Liebman, his wife.”  At the time, Abraham Liebman was a member and trustee of the association. He was a Russian immigrant that arrived in Baltimore via Germany in 1887 and probably made his way down to the area on an Old Bay line steamer. According to conflicting testimony, he may or may not have been a member in good standing. His promise was made in writing. The funeral expenses are outlined in the bill and “were made in accordance to the rites and ceremonies of a Jewish or Hebrew burial,” such as washing the body, making a shroud, and keeping guard over the grave. In addition, his wife was to be buried in a lot he had on Liberty Street. The bill also notes that Liebman was not a resident of the state and “is about to assign or dispose of his estate with intent to hinder, delay or defraud his creditors.”

Petitioners to the bill, Friedlin and Cleaton, who operated a grocery business in the City of Portsmouth, claimed that Liebman’s funeral expenses totaling $380 were “outrageously exhorbitant and extravegant [sic] and not justified by any custom of Hebrews…” but were “fraudulent and intended for fraudulent ends.” Further, they contended that “A. Liebman was positively assured that the funeral expenses would not exceed $100.00 or $125.00 at the most.” These same petitioners “allege that he was doing a good business, but was compelled to abandon it and frightened out of the state, threats of some of the plaintiffs in the above suit to have him arrested and further prosecuted upon charges for which he had already been examined before a magistrate and discharged as innocent,” namely the death of his wife. The deponents went on to say that there was “not the slightest evidence or cause for suspicion against him.”

According to T. L. Cleaton’s deposition, Liebman had a store in Nansemond County and was a customer of his firm, Friedlin & Cleaton.  The Justice of the Peace had talked to the attending physician and “Mrs. Liebman admitted that she had taken the rough-on-rats with the intention of killing herself.” Liebman was arrested in Nansemond County and released on $100bond. Upon the evidence of the attending physicians, Dr. Hargrove and Dr. Wright, the Nansemond County warrant was dismissed and Liebman discharged. Other warrants were sworn out against Liebman in Berkely and Suffolk. 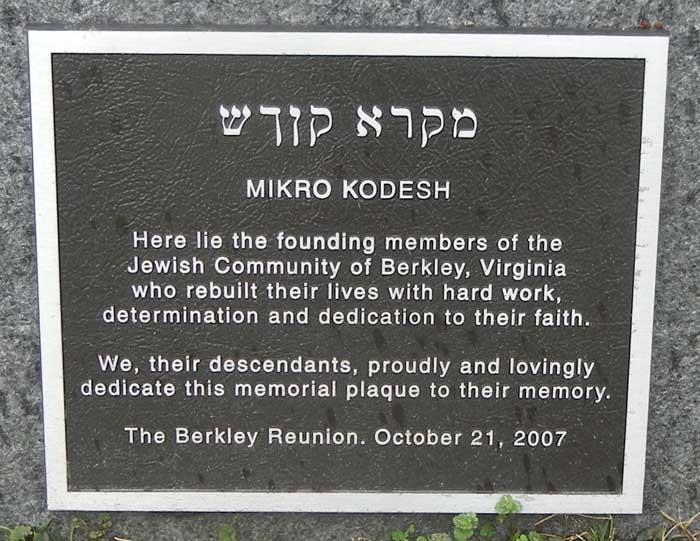 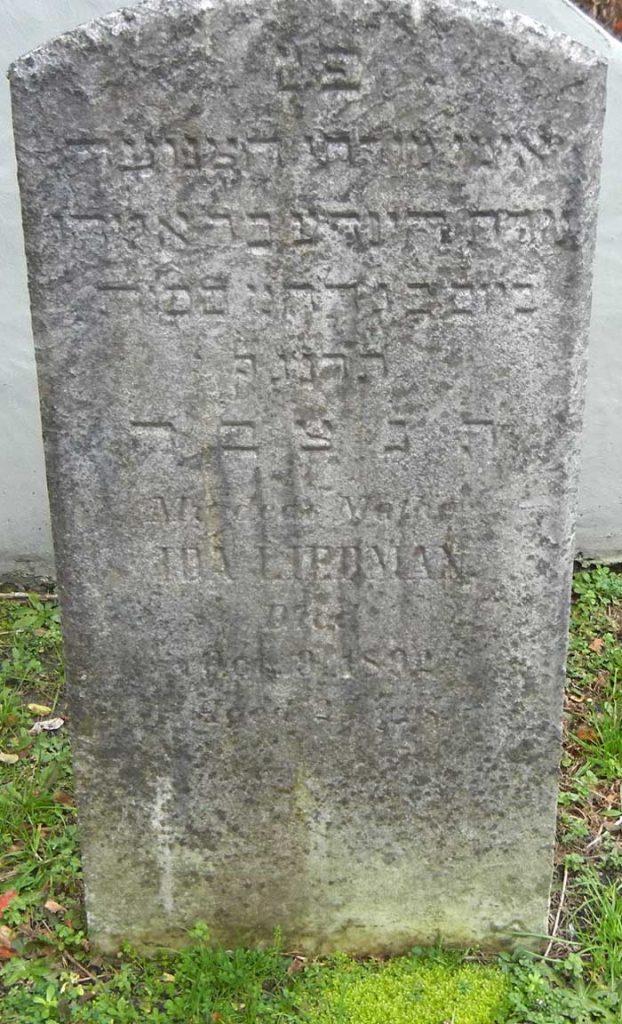 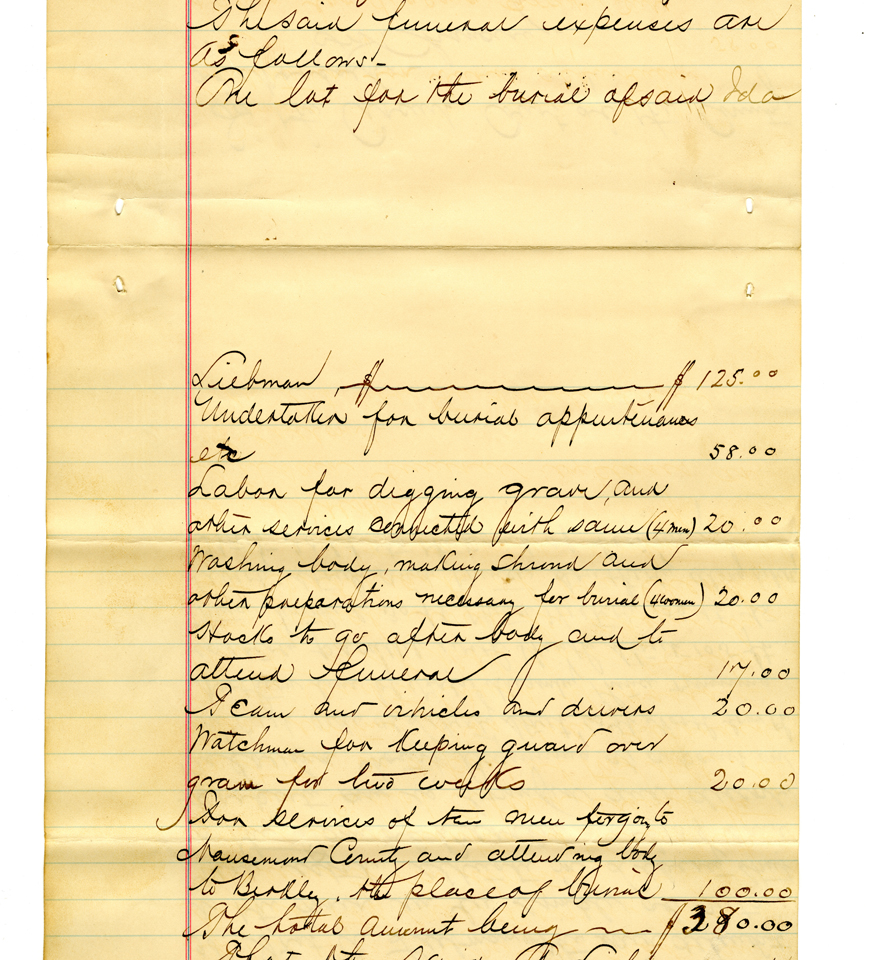 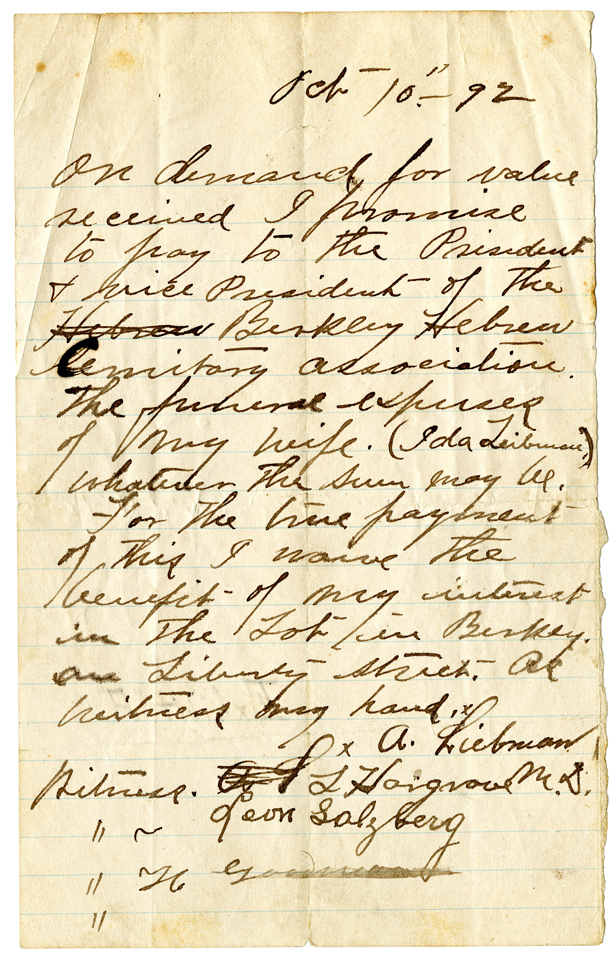 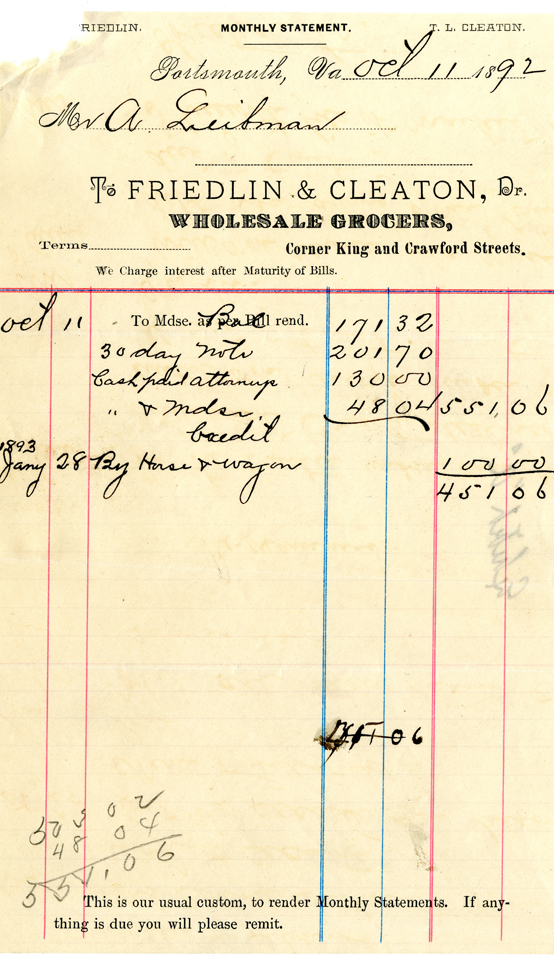 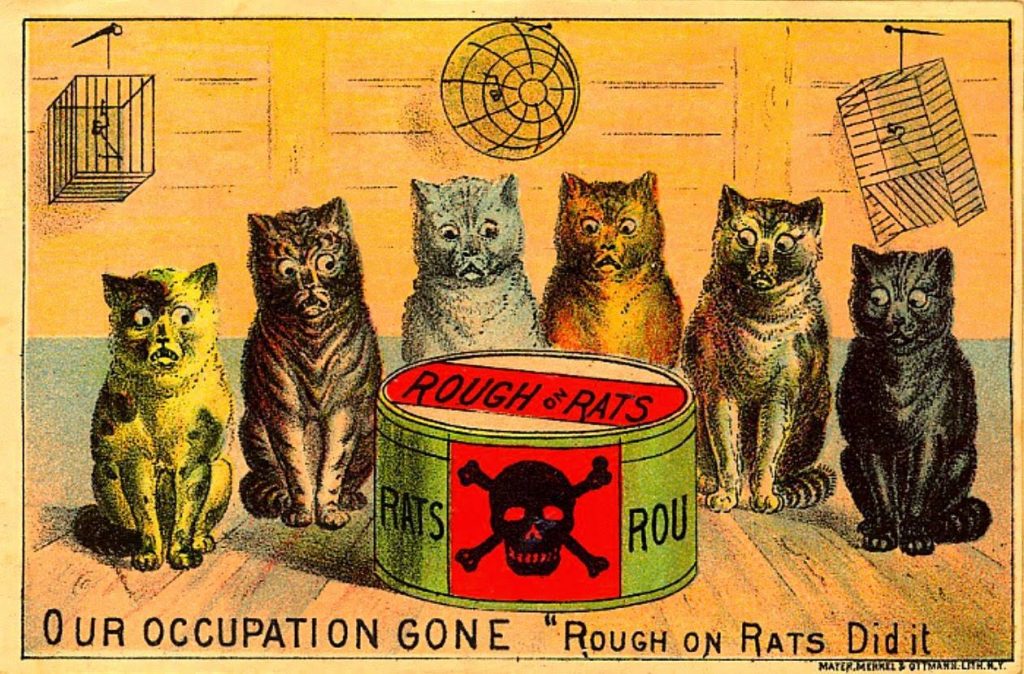 Continued attempts were made to get the Nansemond County Commonwealth’s Attorney to bring him before the grand jury. Baltimore creditors also came down to file debt claims against him. “The sentiments of the Hebrew people were strongly against him,” said one deponent. The consensus of the Berkley and Portsmouth Jewish communities, as evidenced by articles in the Norfolk Landmark and Norfolk Virginian, was that her husband had driven Ida Liebman to commit suicide. “He had some words with his wife. These led to blows in which he whipped her severely…A number of very bitter epithets were uttered yesterday about the husband’s conduct, and it would not be surprising to hear of some of the women’s friends taking the law in their own hands and punishing him very badly.”

Eventually, Liebman gave up everything to his creditors. “He was forced to close his business and was freightened [sic] out of the state by threats of the parties to have him arrested again.” In September 1893, the Circuit Court of Norfolk County ruled that A. Liebman would pay over to the plaintiffs $100 for his wife’s funeral expenses. Equity had been judged differently by the ethnic community than by the Norfolk County court. After leaving the state, Liebman opened a grocery store, Liebman Brothers, with his brother Barney in the District of Columbia.  He remarried in 1908.

The scanning of the Norfolk County chancery causes, 1718-1913, is now complete and the images are freely available online. The project was made possible by funding from the innovative Circuit Court Records Preservation Program (CCRP), a cooperative program between the Library of Virginia and the Virginia Court Clerks Association (VCCA), which seeks to preserve the historic records found in Virginia’s circuit courts. The $104,000 project is the sixty-ninth digital chancery collection to be added to the Chancery Records Index.