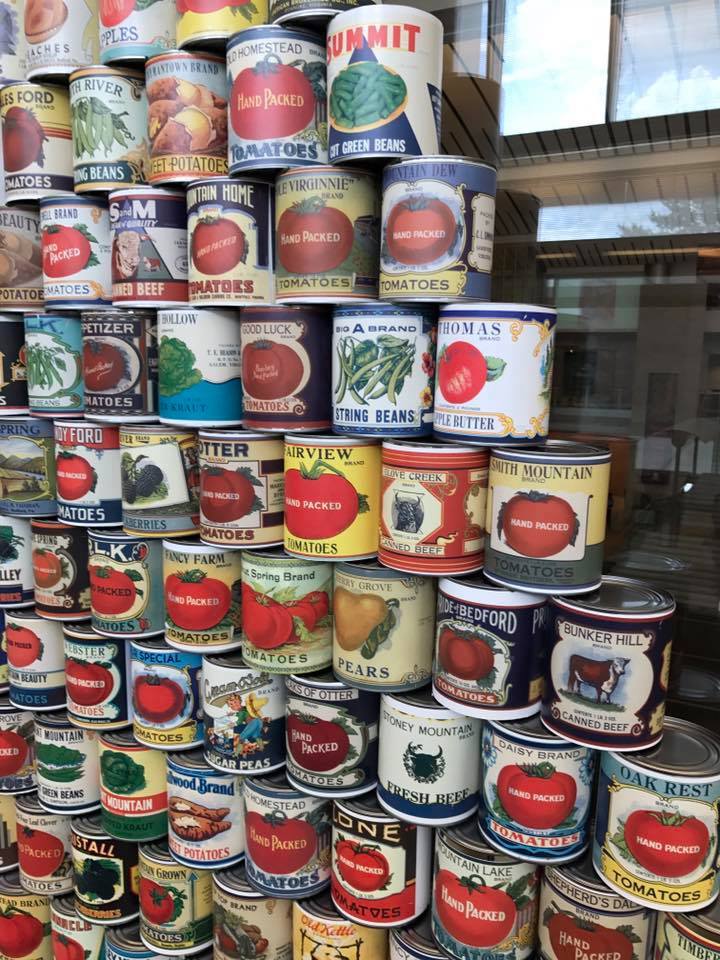 Tin Can Tell-All: Revealing Virginia’s Role in the Canning Trade

Canned foods have become an everyday part of our lives. Most people have at least a few cans in their kitchen pantry, but far fewer know the critical role Virginia played in the commercial canning industry in the late-nineteenth and early-twentieth centuries. For the past few months, the Library of Virginia’s Second Floor Reading Rooms have played host to the traveling exhibit Virginia’s Forgotten Canneries. Created by the Blue Ridge Institute & Museum, located in Ferrum, Virginia, this installation looks at the visual and material impact of the Virginia canning trade.

Following the Civil War, American cities grew increasingly urbanized and industrialized, with many families moving away from the self-sufficient agricultural traditions seen in centuries past. Because of this, “convenience cooking” and the demand for canned commodities rose rapidly, and canning developed into a successful national industry. Maryland, Delaware, New Jersey, and Virginia led the canning trade, with nearly half of the nation’s canneries operating within their bounds. In Virginia, canneries began to pop up wherever there was steamboat or railway access to transport their finished products. This created two major canning regions in Virginia—the coastal area around Northern Neck and the Eastern Shore and the mountainous Blue Ridge region, centering on Bedford and Botetourt counties.

Tomatoes became the major canning “vegetable” for Virginia packers, with hundreds of canneries focused on processing just the tomato crop. These canneries generated critical income for farmers, factory owners, and laborers, serving as an important economic stimulant for those rural Virginia communities still struggling with the physical and economic devastation of the Civil War. By 1919, Virginia had produced 554 canning companies that operated over 600 independent factories – more than any other state. These numbers reveal the key difference between the Virginia canning trade and other mid-Atlantic canning states: Virginia canneries remained small, independently operated businesses, while more northern canning centers like Baltimore were dominated by fewer but far larger canning firms that operated multiple packing houses each. This allowed more Virginians to participate in the canning trade as owners and provided a critical level of financial security for many Virginia families.

Despite the existence hundreds of these Virginia companies, very few records or documents from these canneries exist today. One of the exceptions is the Library of Virginia’s collection of records for the Mantapike Canning Company of King and Queen County (Accession 28049c). Established in 1903 and in operation until 1918, Mantapike sold tomatoes under the “King and Queen” brand name. Comprising over three archival boxes of materials, their records are a unique and incredibly valuable resource for researching the operations and material presence of tomato canneries in Virginia. Of particular importance are the business license and insurance policies for their company. One business license, issued in 1918, is from the end of their operating time; it specifies Mantapike as a canner of “Tomato Products.” However, from a separate inventory we can discern that Mantapike was at one point also canning blackberries and potatoes. Tomatoes were likely Mantapike’s main commercial products; however, the canning season for tomatoes only ran from August to early November, so the factory likely turned to processing other fruits and vegetables in the “off-season” to supplement their income. From the insurance policies it is possible to glean that the factory operated by Mantapike was a one-story frame building with a metal roof, and that they also owned a separate “storage house” for finished cans. These are important documents for establishing the lived experience of the canning workers, and for helping to determine the scale of the business. Many rural canneries did not have an official business license, even in the twentieth century, meaning that Mantapike was likely one of the larger and better established canneries in the Virginia industry. 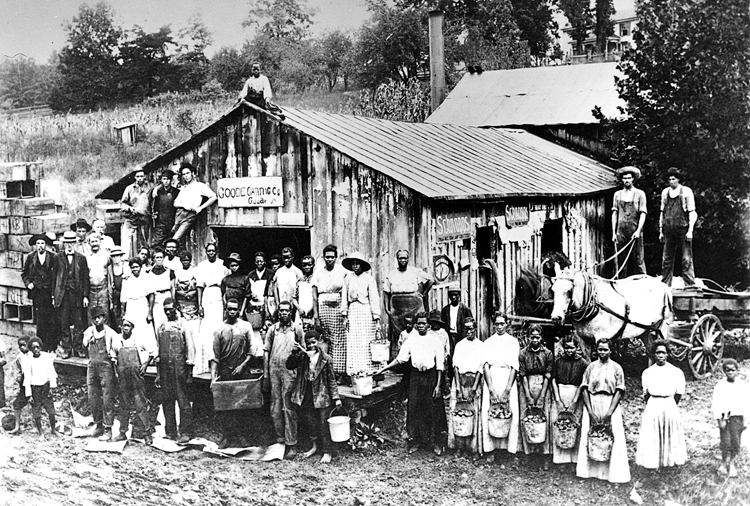 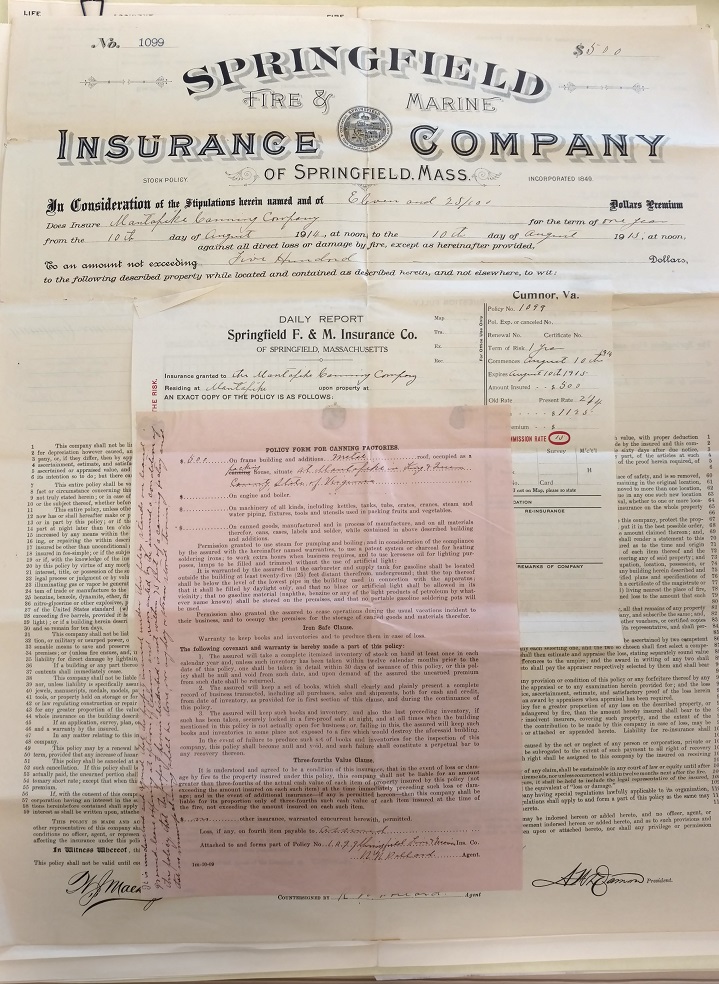 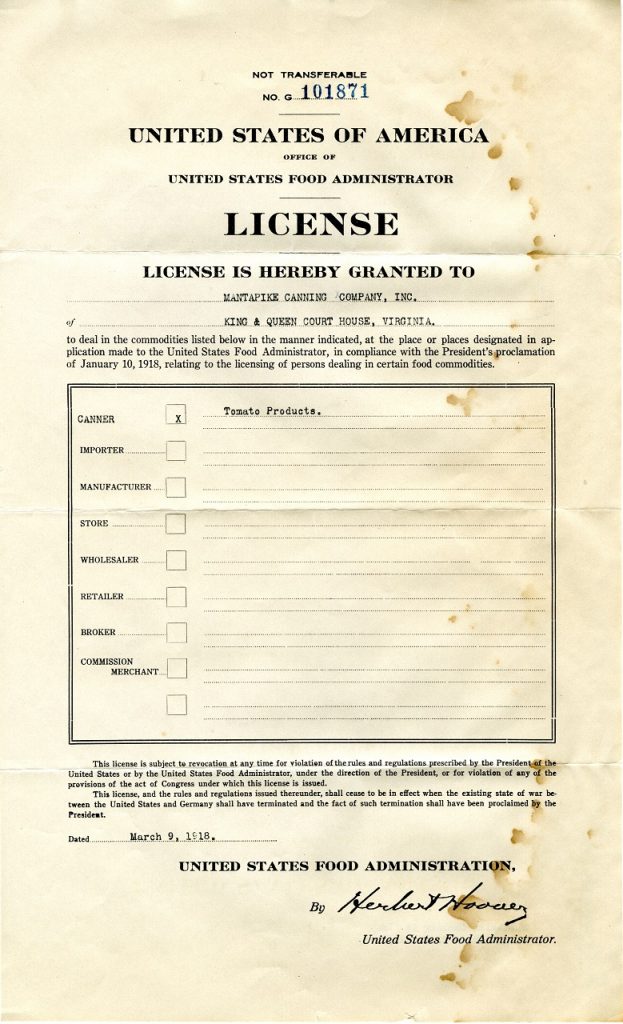 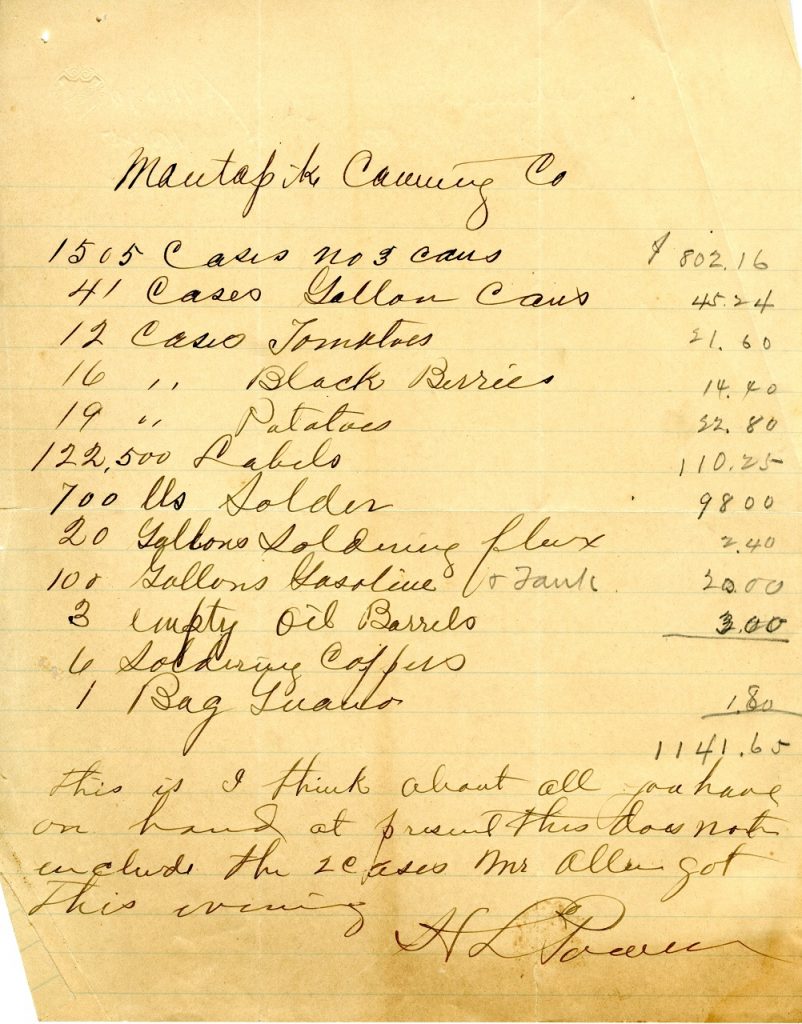 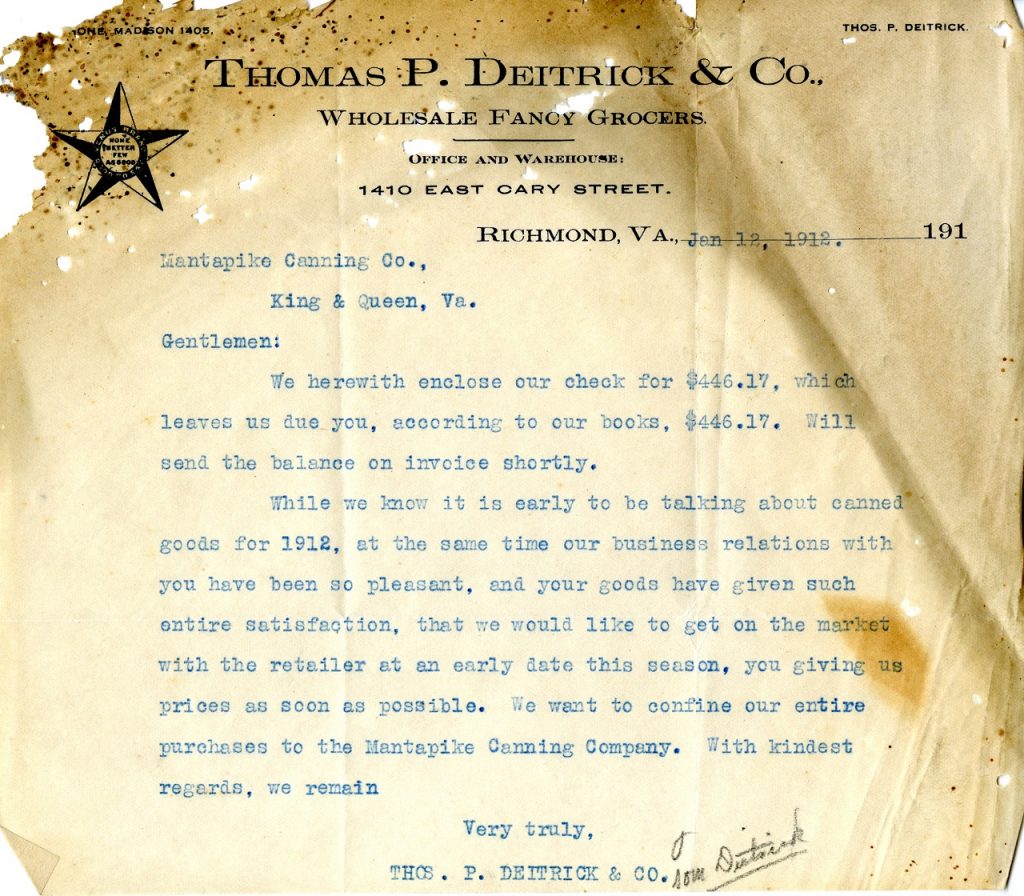 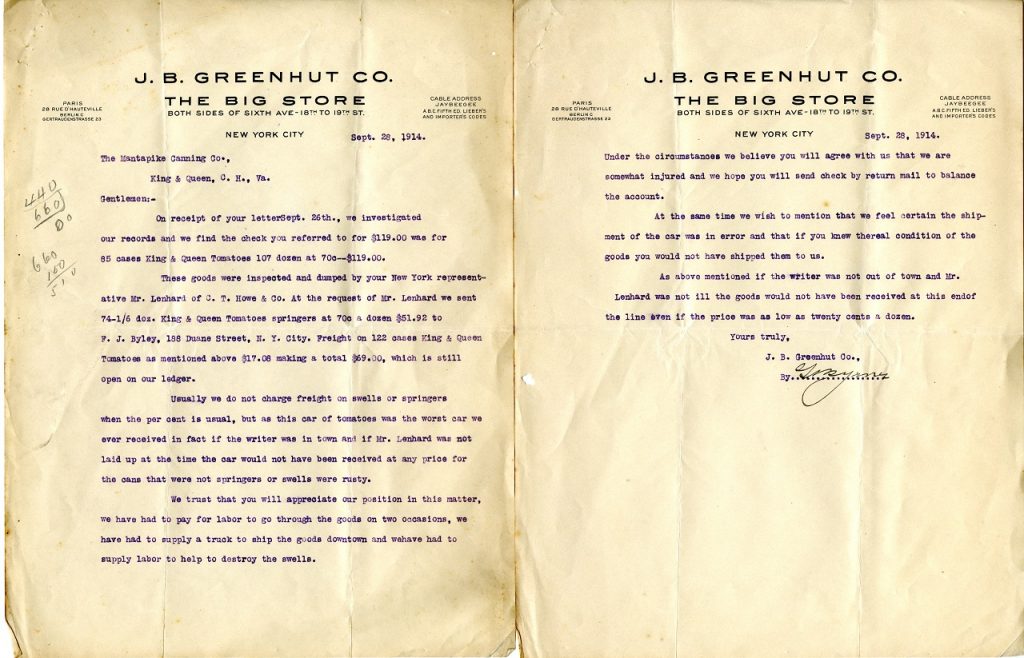 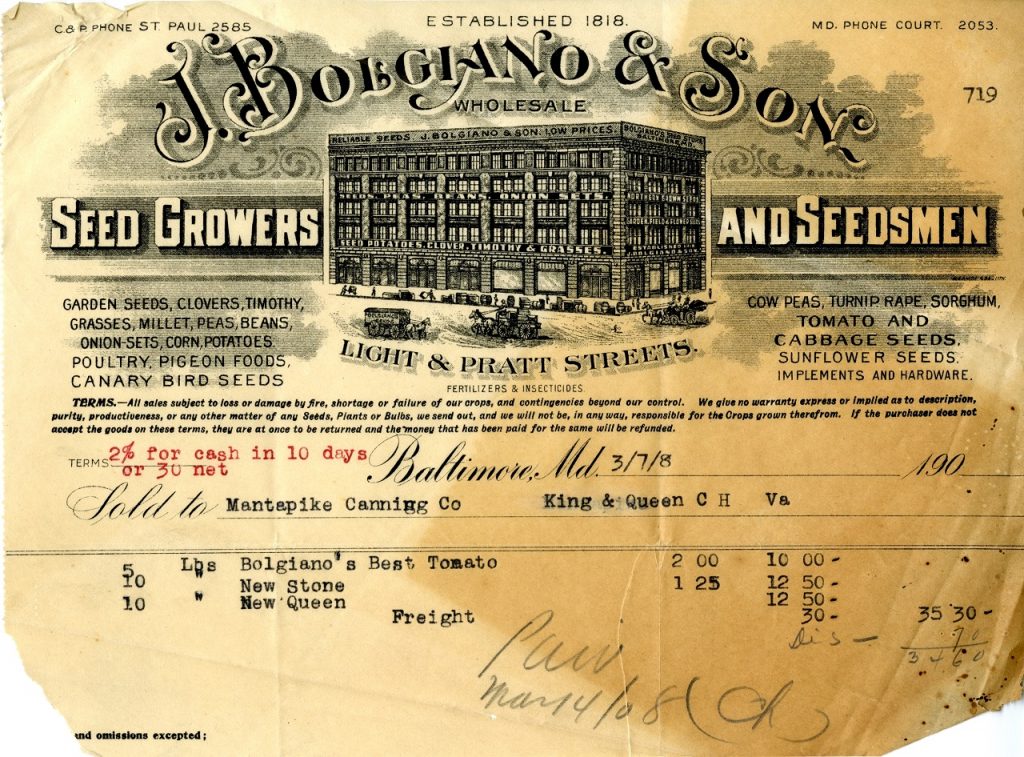 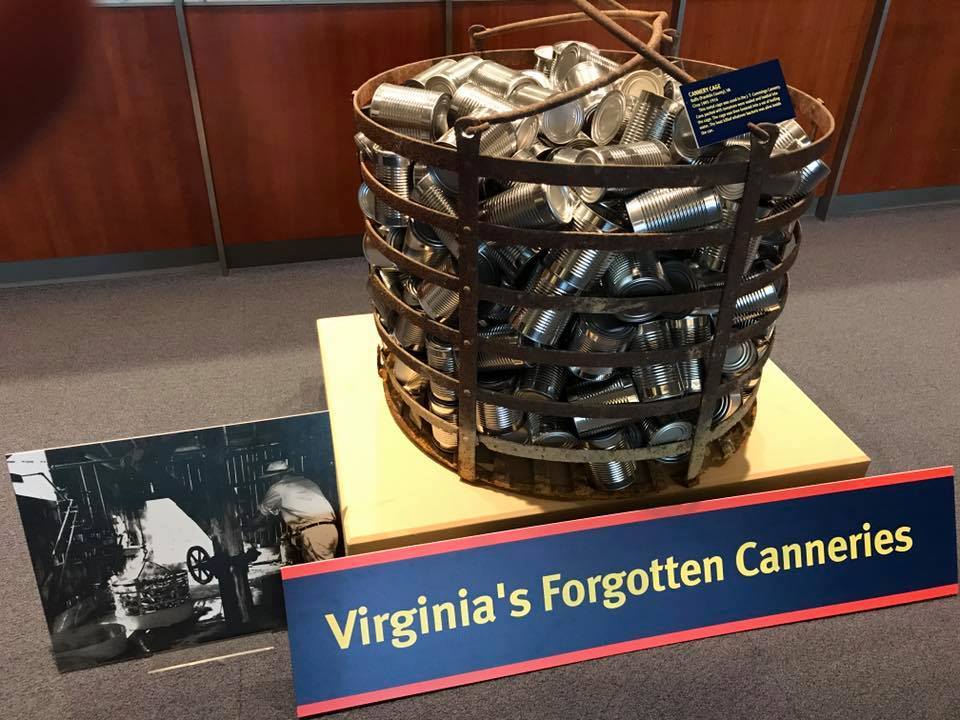 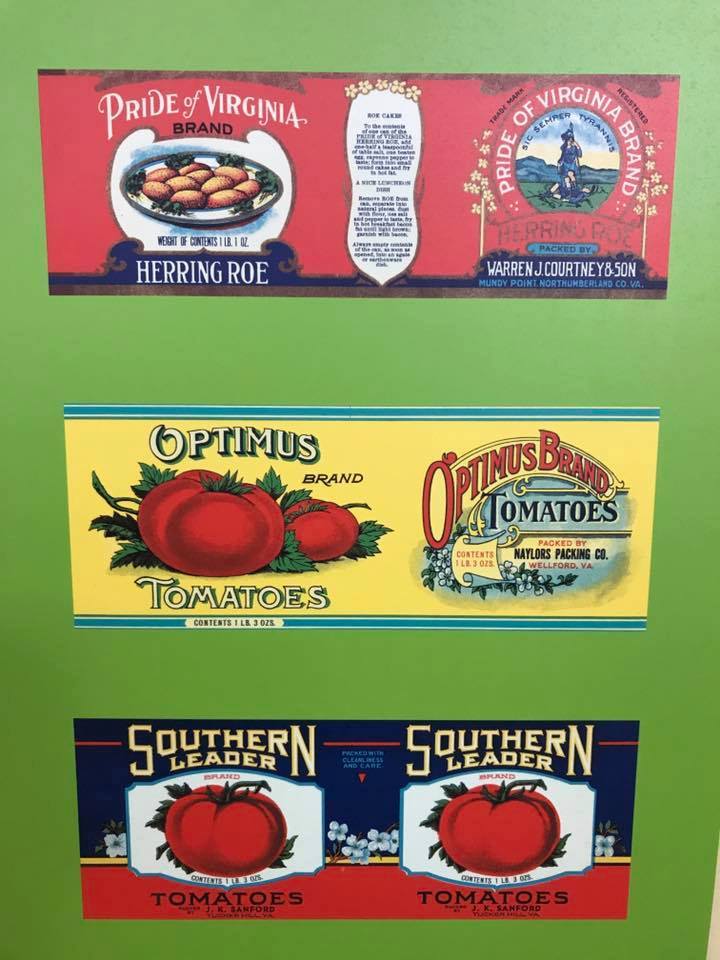 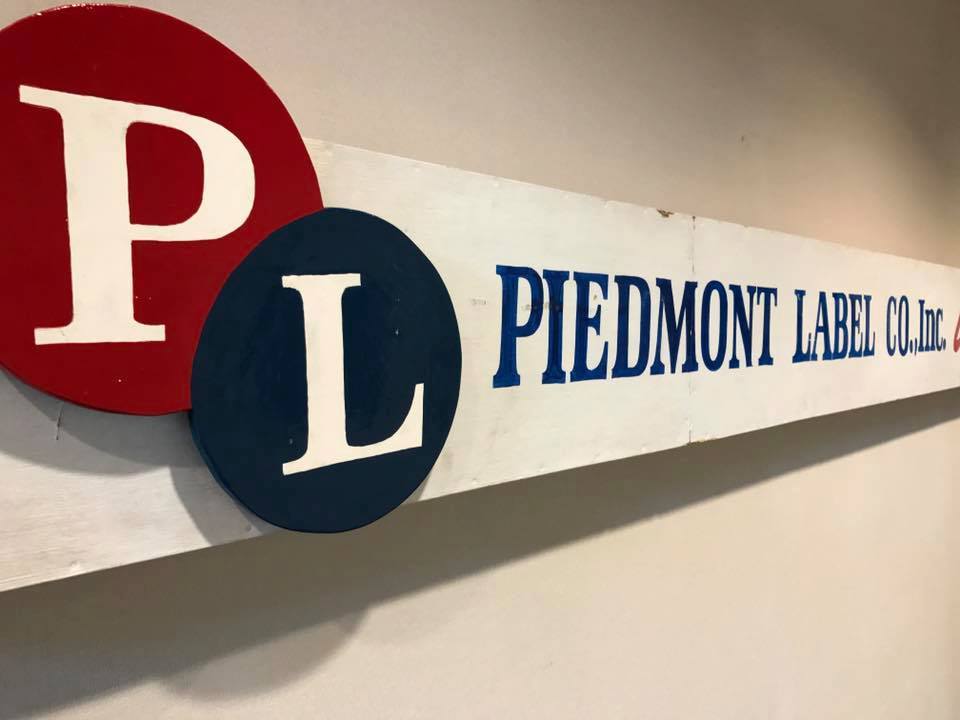 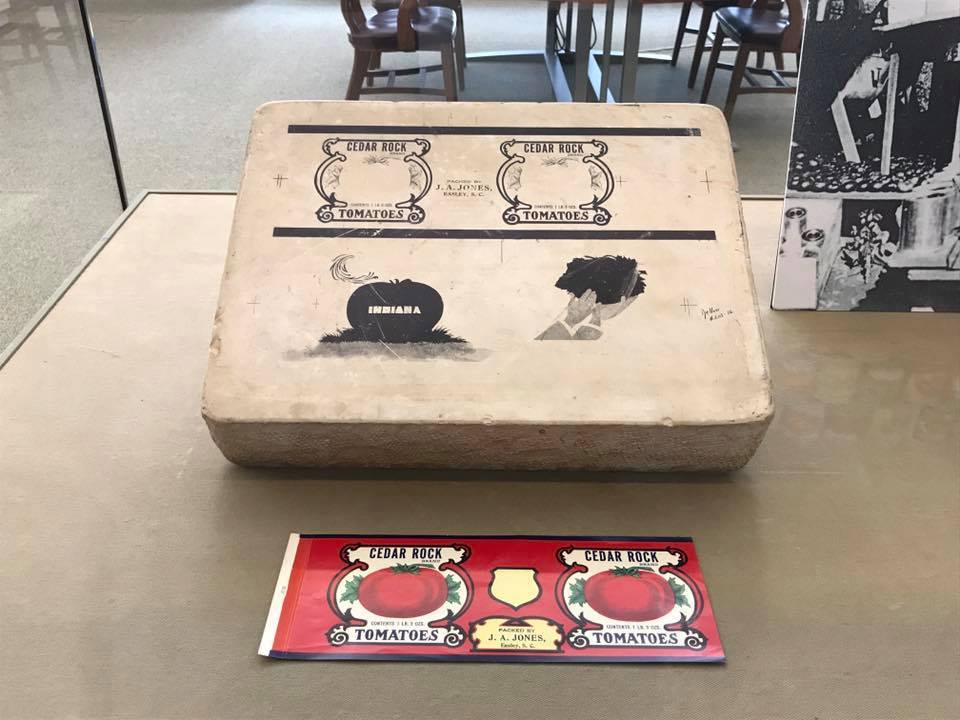 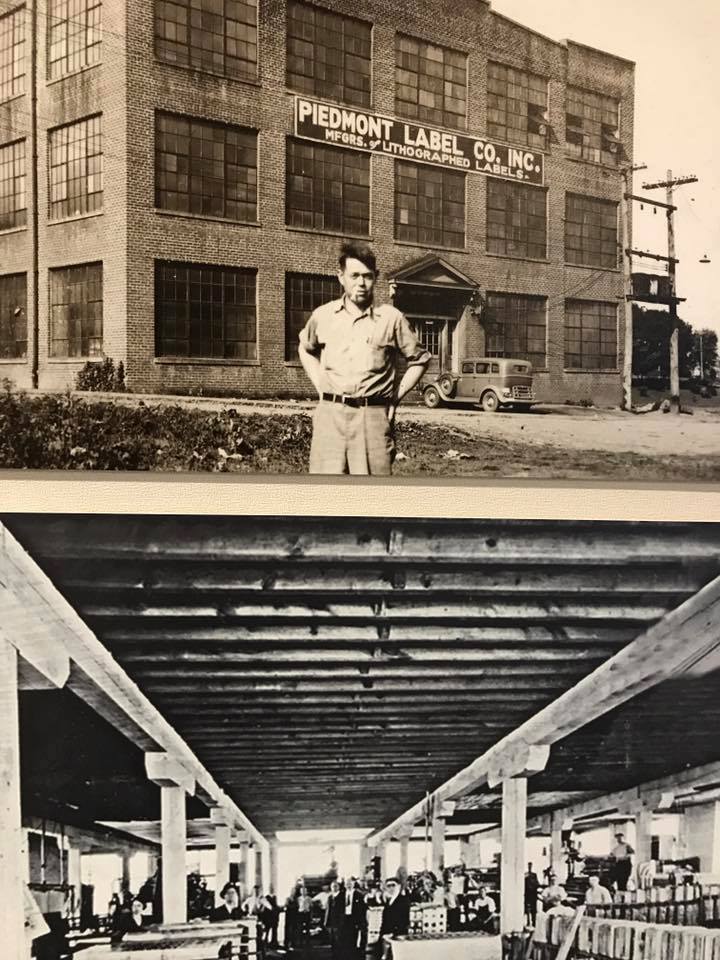 Correspondence between Mantapike and its commercial buyers highlights the fickle nature of the canning trade and the risks packers took in focusing on a single produce commodity. One letter sent to Mantapike from wholesale grocers Thomas P. Deitrick & Co. in Richmond reads: “While we know it is early to be talking about canned goods for 1912, at the same time our business relations with you have been so pleasant, and your goods have given such entire satisfaction, that we would like to get on the market with the retailer at an early date this season…We want to confine our entire purchases to the Mantapike Canning Company.” Having a guaranteed contract for a large order would have been incredibly beneficial for the company’s financial standing. Unfortunately, in 1914 Mantapike was less lucky; J. B. Greenhut Co., a store in New York, “inspected and dumped” 65 cases of Mantapike’s King and Queen Tomatoes, declaring, “this car of tomatoes was the worst car we ever received.” As the twentieth century wore on, regulations and standards for canned products became more numerous and more stringent, causing many of Virginia’s small and rural canning factories to close down.

Along with correspondence and business documents, the Mantapike Canning Company records also include handwritten account books that include records of payment for canning supplies and payroll for workers, folders of bills, used bank notes, canceled checks, receipts for tax payments and shipping charges, a journal documenting the minutes for the meetings of the Mantapike stockholders, and another handwritten ledger recording tomato purchases from local farmers. These documents help to create a rich and detailed image of a company working to capitalize on the burgeoning canning trade and the existing agricultural infrastructure of their community.

By the middle of the twentieth century, Virginia’s cannery numbers had dwindled to only a handful, out-competed by the rise of California and Florida as major produce processors. However, during the late-nineteenth and early-twentieth centuries, Virginia canners played a significant role in the national industrialization of agriculture, forever changing the state’s rural heritage and the way we consume tomatoes.