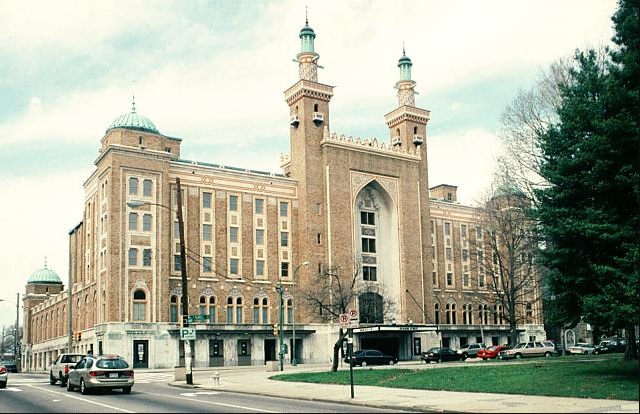 In 2017, a generous patron of the Library of Virginia donated several issues of the Patrician, the student newspaper of Richmond’s St. Patrick’s School. The issues added to the Library’s collection, published from 1946 to 1955, provide a glimpse of post-war life in Richmond through the lens of young writers. The papers also offer a unique historical record of one of Richmond’s treasured and bygone institutions, St. Patrick’s School. 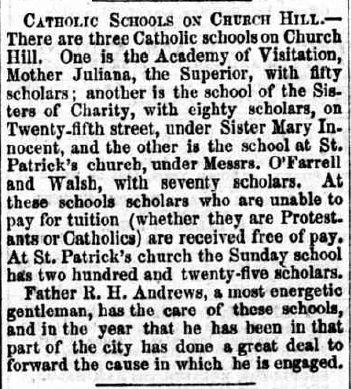 On September 3, 1866, only a little over a year after the Civil War’s end, St. Patrick’s Female Academy opened its doors in Richmond’s Church Hill neighborhood. In a Daily Dispatch article, “Catholic Schools on Church Hill,” published November 12, 1866, the Dispatch reported three Catholic Schools in the area: the Academy of Visitation, the School of the Sisters of Charity and a school run by St. Patrick’s Church, which had seventy students. “At these schools,” it explained, “scholars who are unable to pay for tuition (whether they are Protestants or Catholics) are received free of pay.”

Initially St. Patrick’s was located in the 100 block of North 25th Street, but in 1914 James Fox & Son constructed a larger school and adjacent housing for the sisters at 26th and Grace Streets. Designed by distinguished Richmond architect Marcellus Eugene Wright, Sr., the Times Dispatch described the new St. Patrick’s Academy as “one of the most modern [buildings] in the city.” Wright designed several buildings of note in Virginia, including the Chamberlin Hotel in Hampton, the George Washington Hotel in Winchester, and the Hotel John Marshall, William Byrd Hotel and Altria (formerly the Mosque) Theatre in Richmond.

In 1922, St. Patrick’s became co-ed. According to alumni, the lower grades were taught on the lower floors of its main building and upper classmen were taught on the top floor. During the 1950s, as the number of students steadily rose, St. Patrick’s acquired nearby 3rd Presbyterian Church Complex and also employed neighborhood homes for classroom space. The school had a small cafeteria (which students said offered “delicious” food), a library,  and served as a meeting space for community events. During its life, St. Patrick’s School became an important fixture in the Church Hill neighborhood. 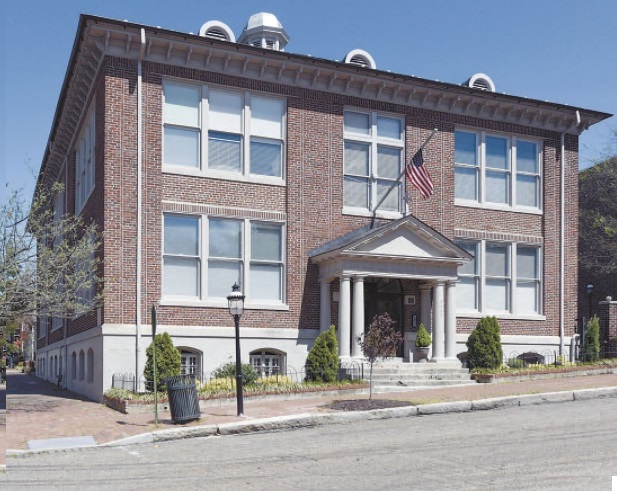 As with many schools, the students of St. Patrick’s published a newspaper. Though the Library of Virginia does not have the earliest issues, according to volume numbering, it probably began sometime around 1933. Published six times a year, a typical four-page issue provided school news–like who had become a newly elected officer–sports scores, alumni news, visiting speaker information, honor roll lists, music reviews, performance info, humor columns and news about prominent Catholic figures in the community. Local advertising, for businesses like Markow Florist and Virginia Dairy Company, usually appeared on the last page. And considering the time frame of the donated issues, Communism was an oft-visited topic as well. 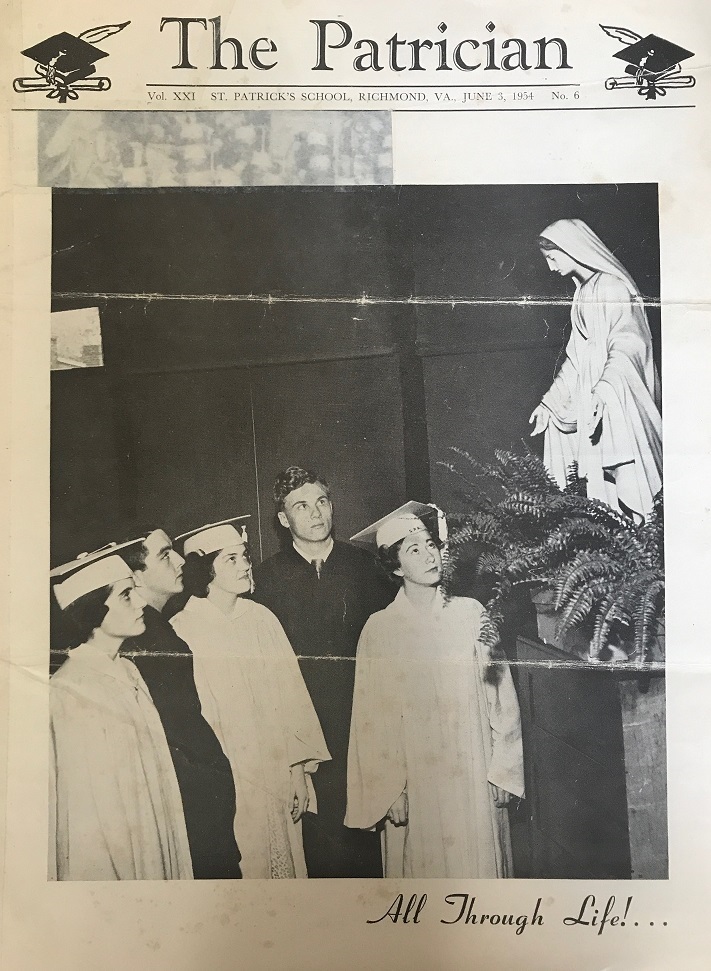 That the newspaper was a labor of love is evident in the quality and regularity of the Patrician. In an “Editor’s Farewell,” written in the April 24, 1951 issue, editor Margaret Bailey wrote, “During my four years at St. Patrick’s I have belonged to many different clubs and activities but in my opinion the one which was the most interesting and worthwhile was my work with THE PATRICIAN. I use the past tense of the verb because as I write this article I realize that this is the last time I will ever have the opportunity of acting as editor of THE PATRICIAN.” 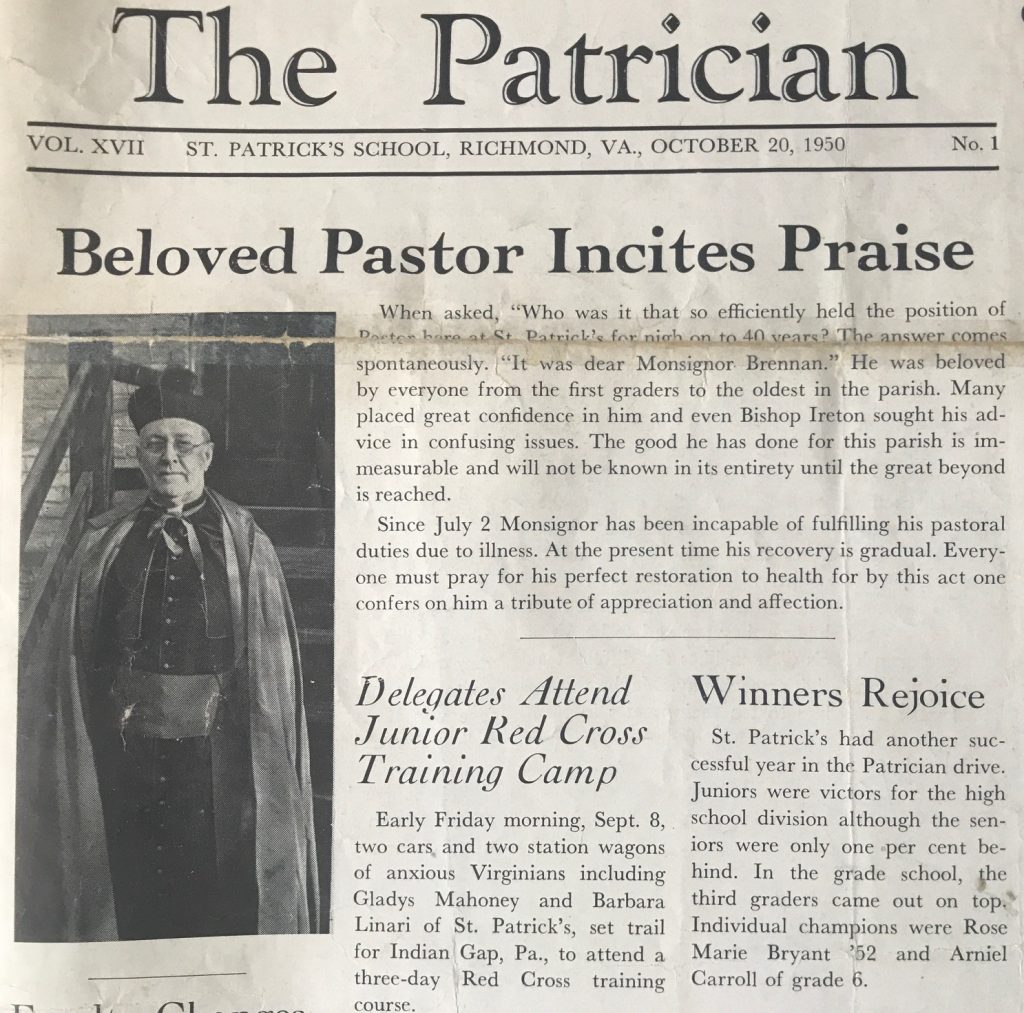 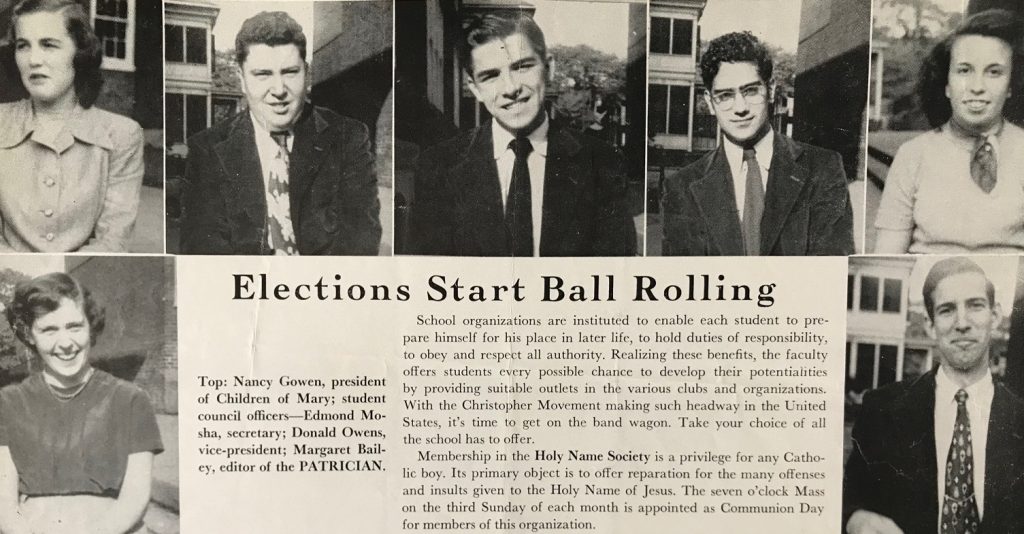 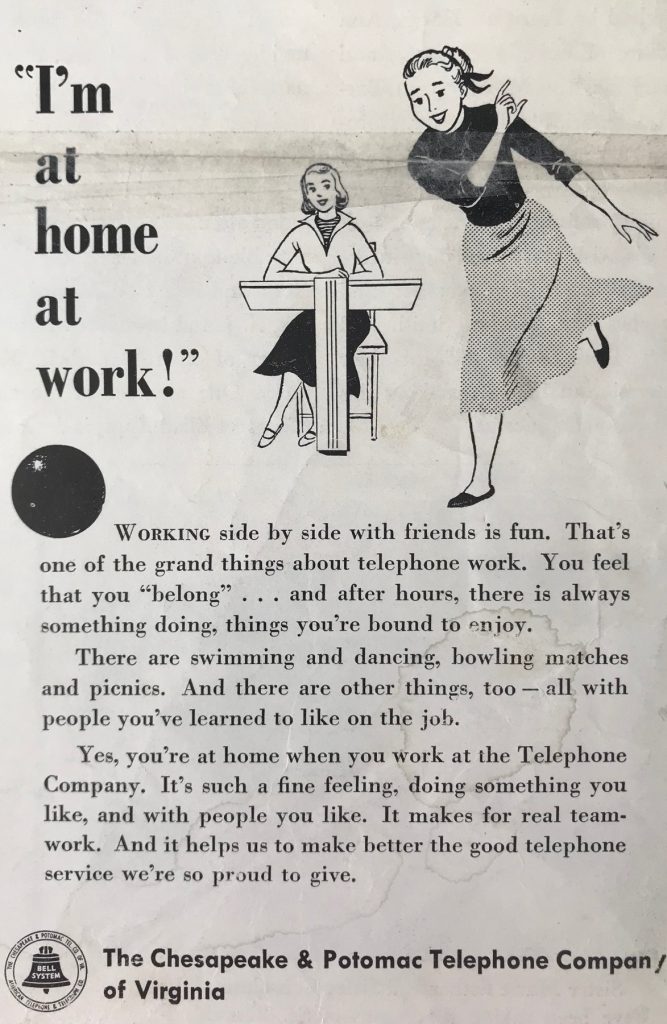 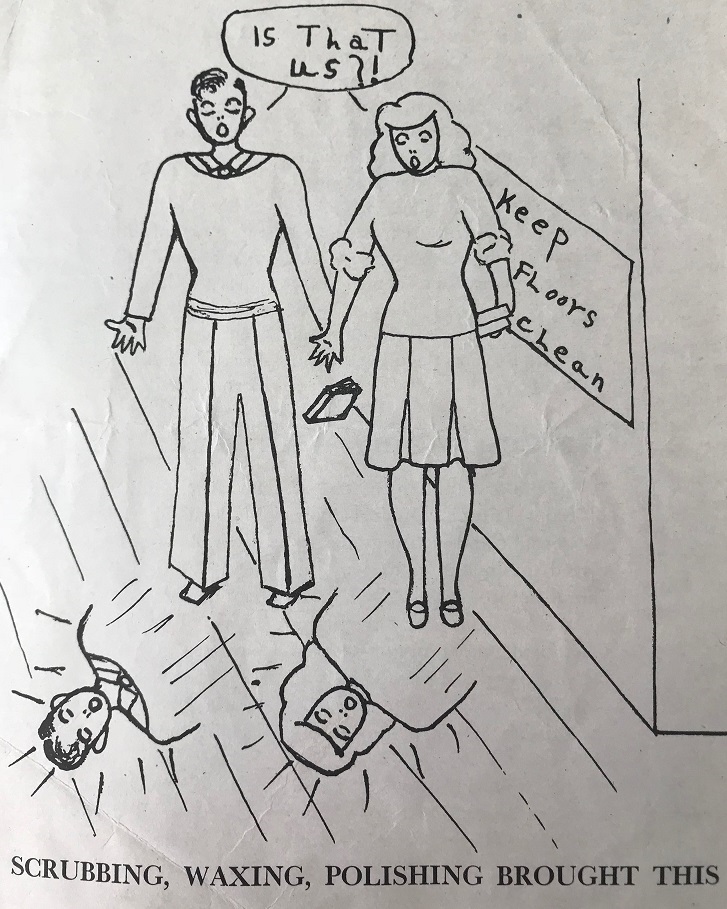 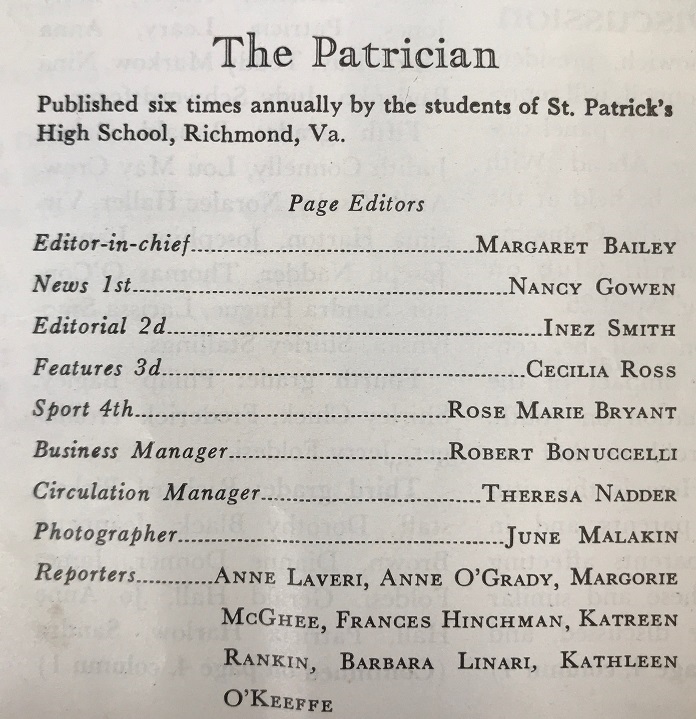 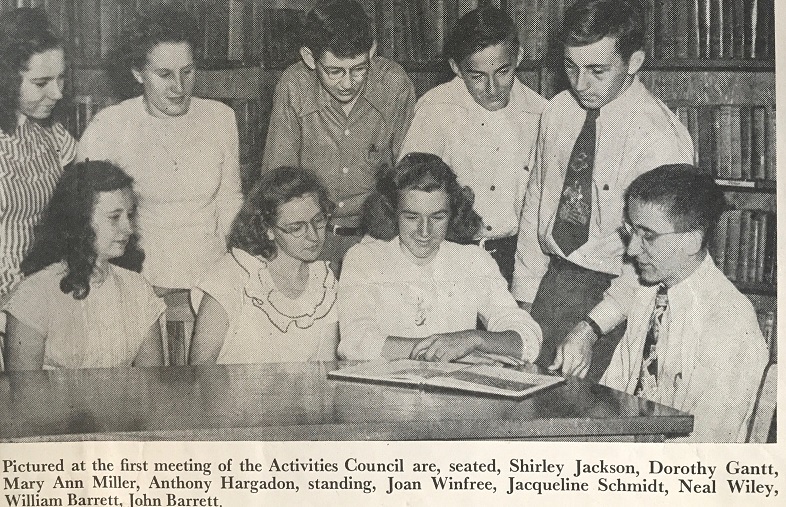 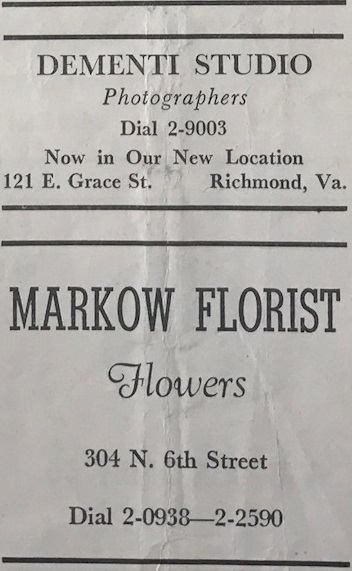 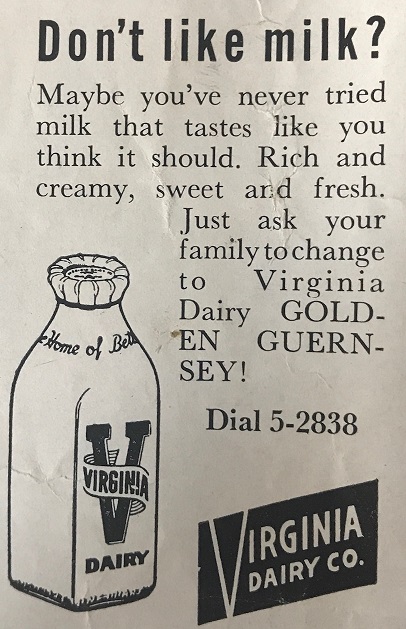 During the 1970s, the number of enrollees at St. Patrick’s fell as more families moved to the suburbs. Student numbers steadily declined until St. Patrick’s finally closed in 2003. In 2004, the Catholic Diocese of Richmond sold the school and the nun’s residence to Stanley Shield, LLC who renovated and converted the buildings into 15 condominiums.

The movie below provides an excellent history of St. Patrick’s as told by alumni and those with an appreciation for Church Hill’s beautiful historic architecture: