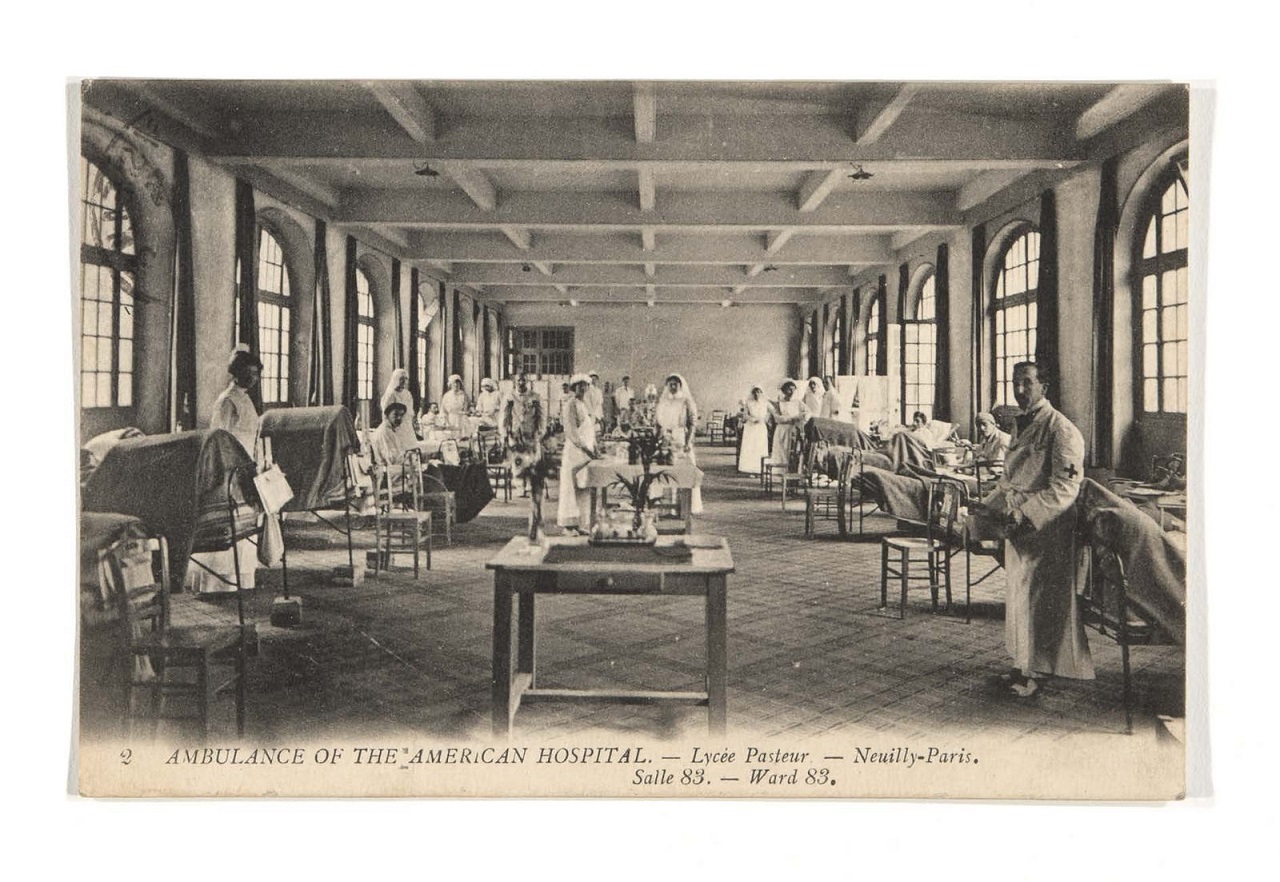 "View from the Hospital": The Blanton World War I Scrapbook

This is the latest entry in a series of blog posts spotlighting stories and records of Virginia’s involvement in World War I.

Many collections in the Library of Virginia’s holdings document Virginians serving in World War I. One of the earliest and most interesting of these is Wyndham Bolling Blanton’s 1915 scrapbook (Acc. 42104). Blanton, born in Richmond in 1890, graduated from Hampden-Sydney (B.A. 1910) and the University of Virginia (M.A. 1912). The scrapbook documents his time as a volunteer in the American Ambulance Corps, also known as the Norton-Harjes Ambulance Corps, at a hospital in Neuilly-sur-Seine, France.

The book begins with photographs and programs from the cruise to and from France and images of French cities and the war front. Later pages include photographs of surgeries and injured soldiers in the hospital, many quite graphic. Blanton may have documented these procedures in anticipation of his career in medicine. The photographs note period medical advances such as the Blake splint (a modification of the still-used Thomas splint) and other emerging techniques. Also included is Blanton’s passport and correspondence in French, possibly from patients he had helped.

The Blanton scrapbook is a fascinating look at the early days of the “war to end all wars,” long before American soldiers were called to serve “over there.” While somewhat jarring initially, upon second view, Blanton’s photographs document how medicine adapted to counter the devastating advancements in the weaponry of war. Thanks to motorized ambulance drivers like him, soldiers were quickly moving off the battlefields and on to hospitals, where they received novel treatments that greatly increased their chances of survival. 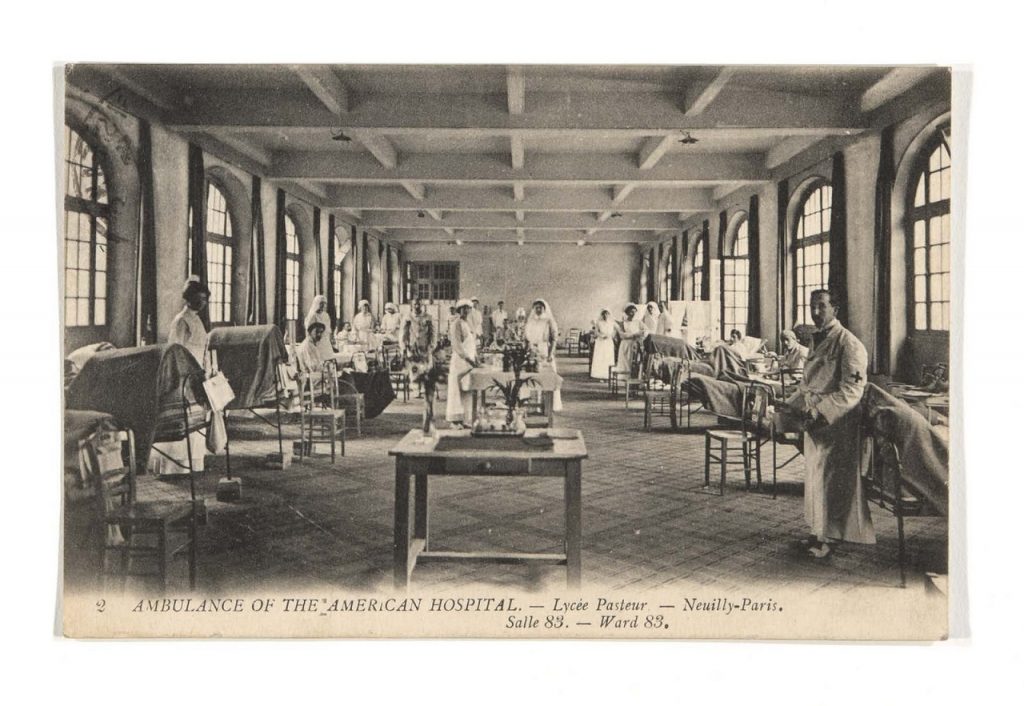 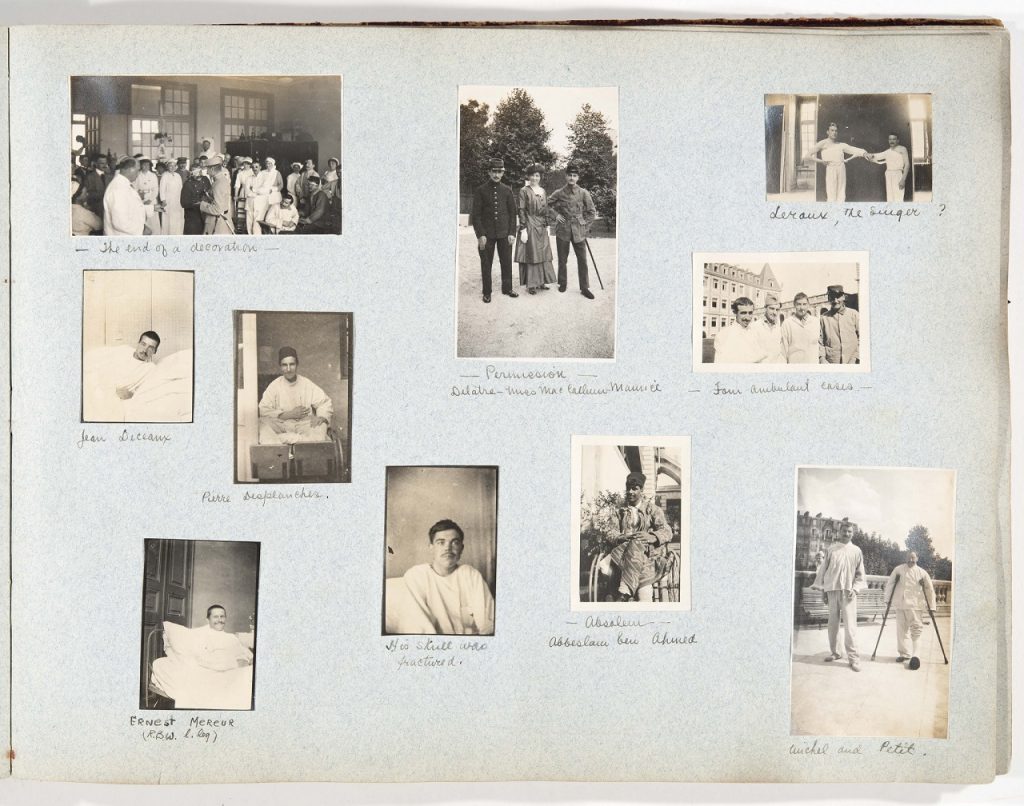 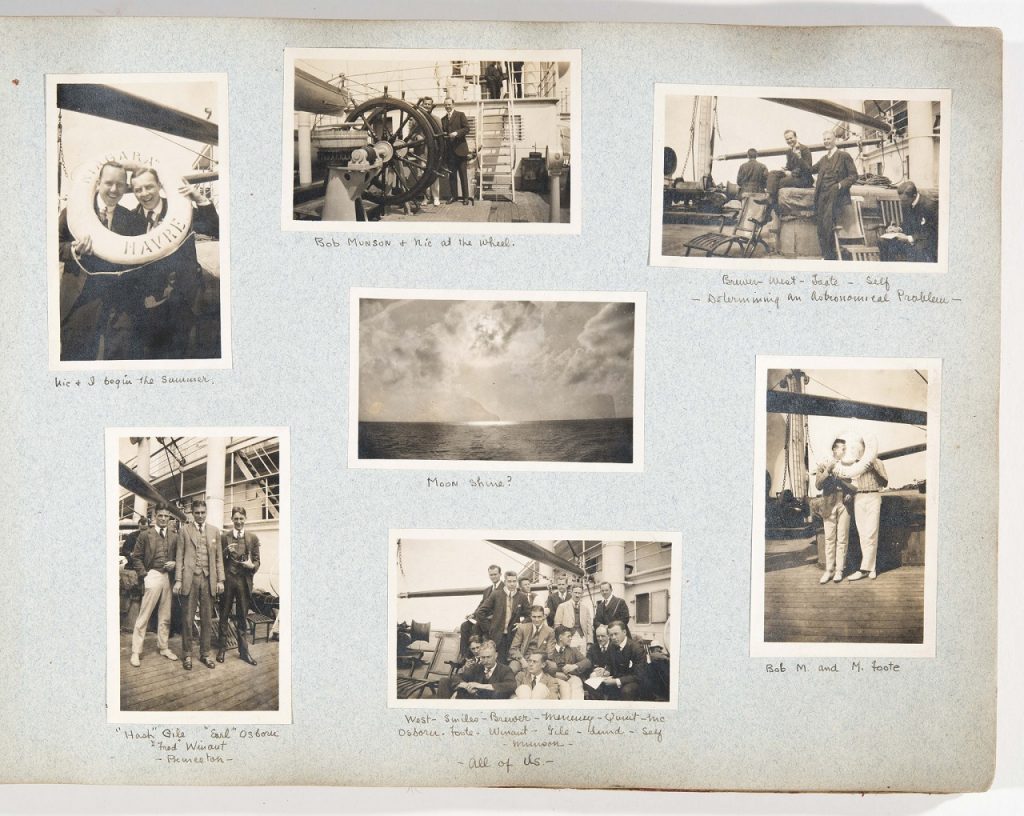 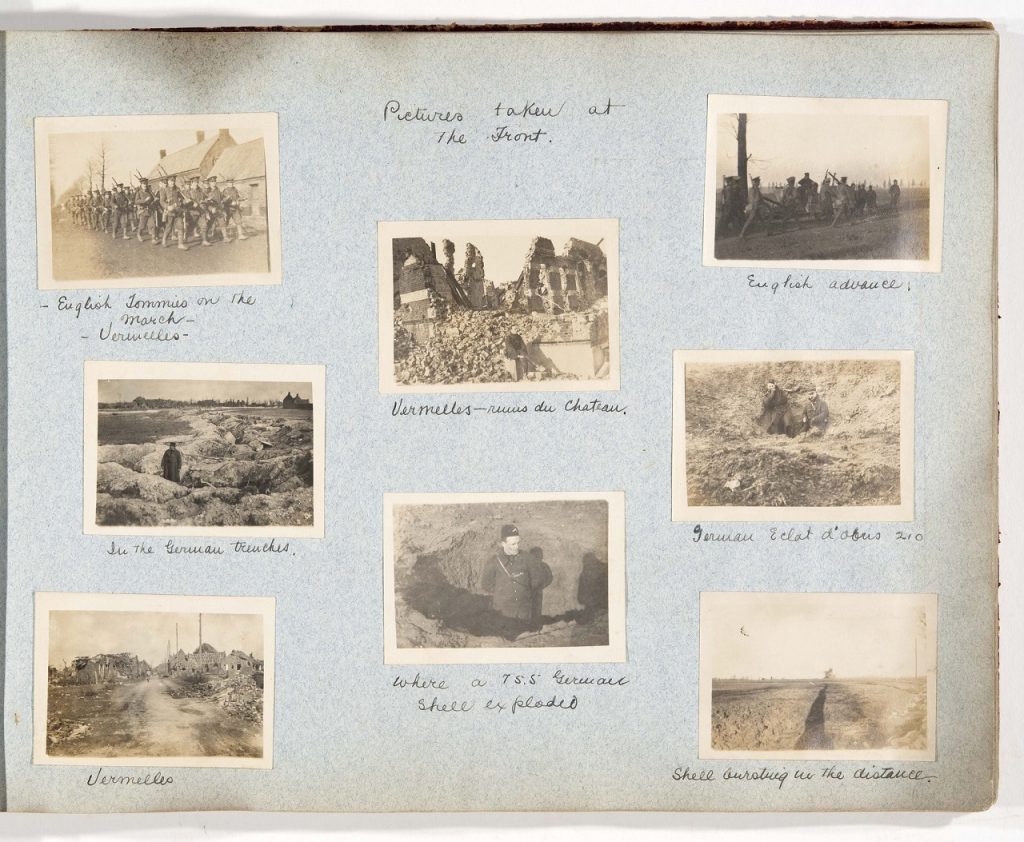 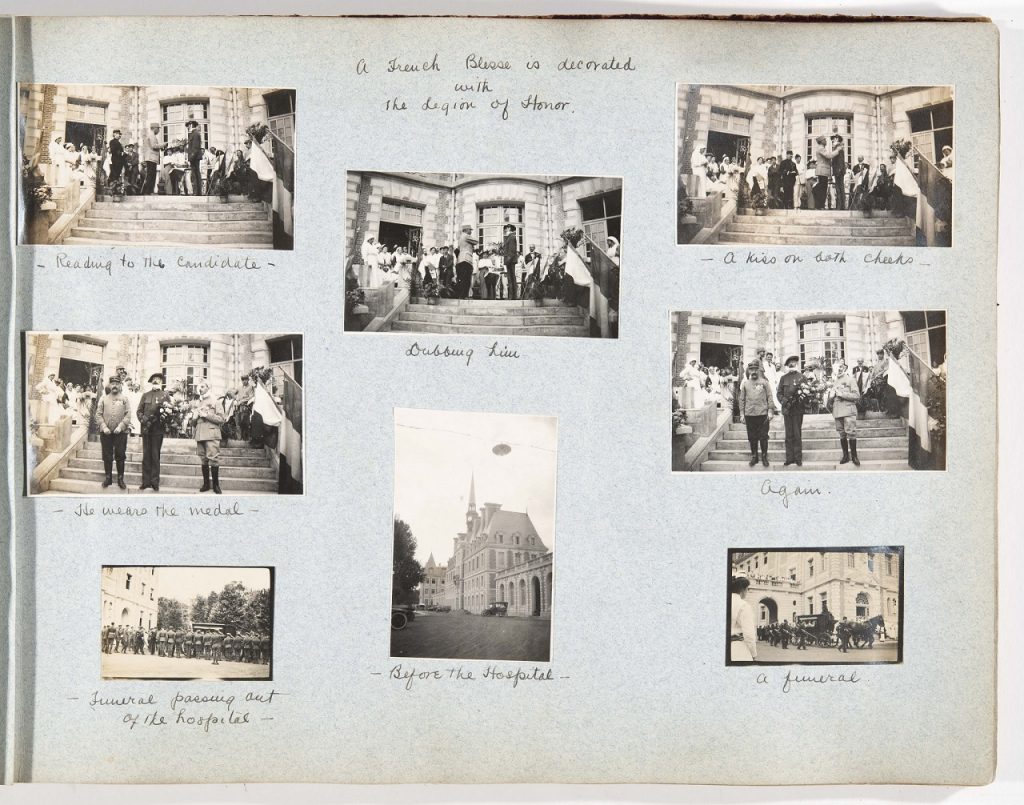 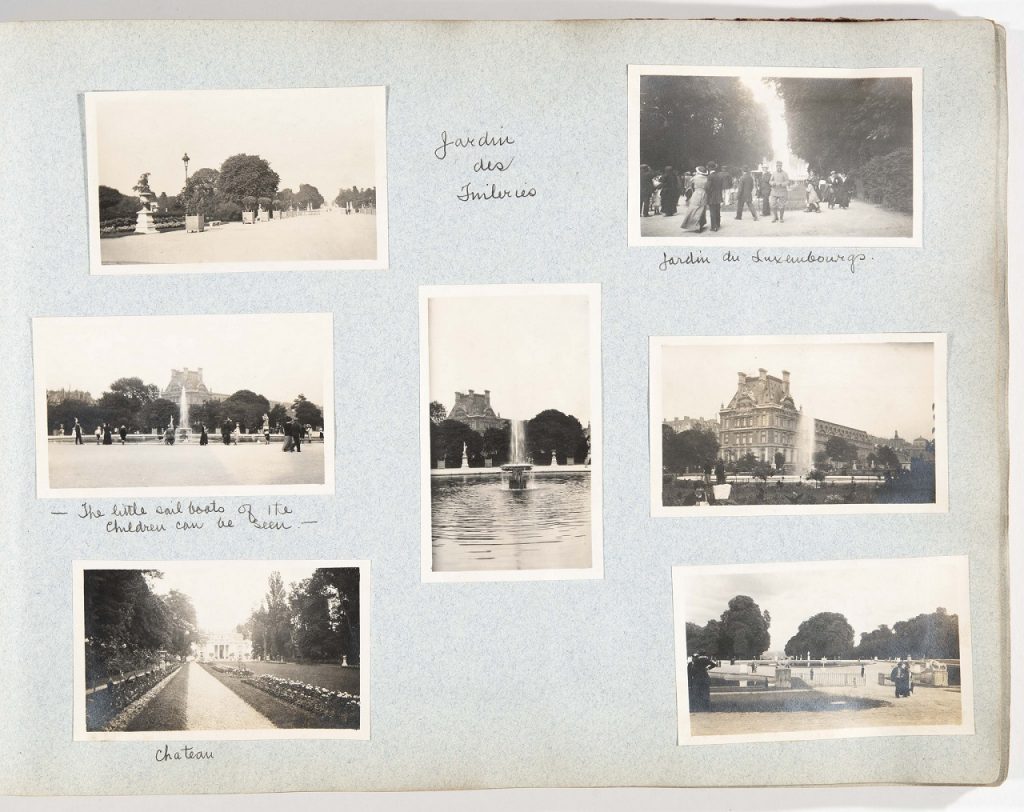 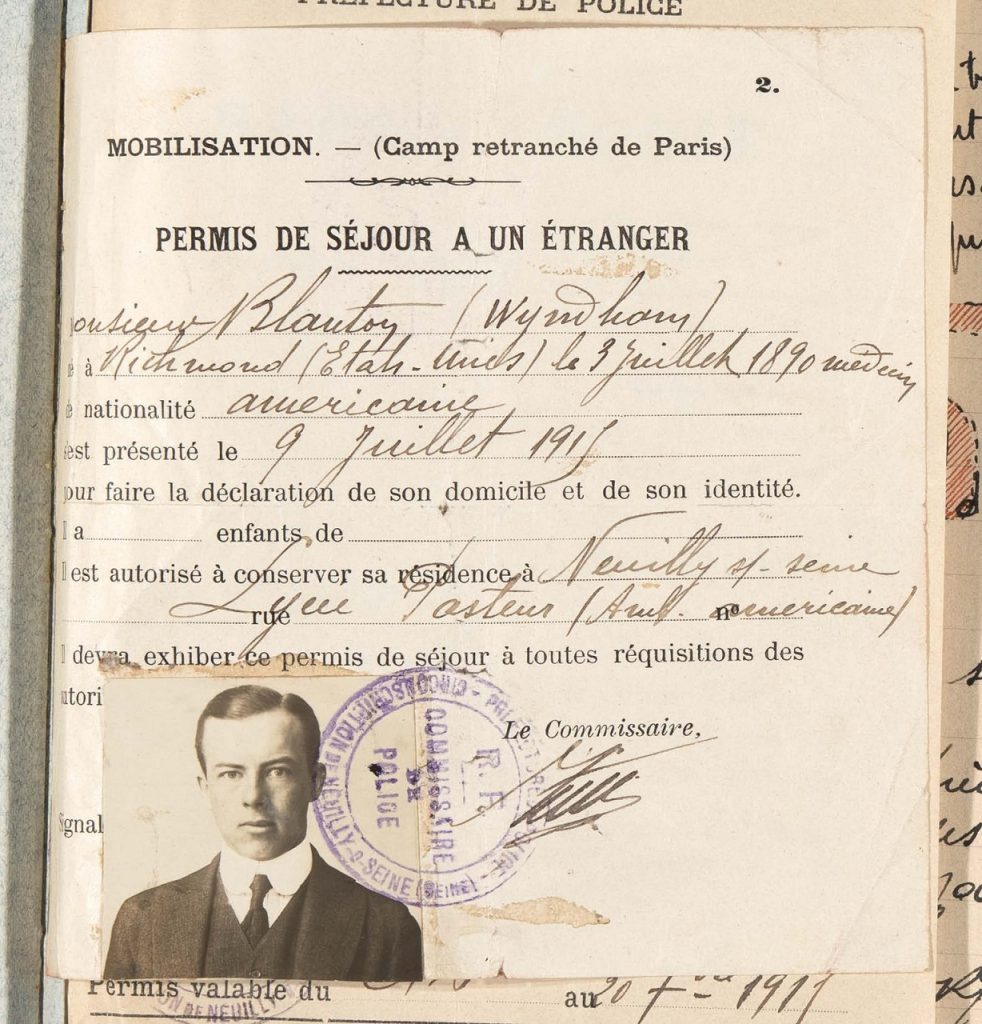 Wyndham Bolling Blanton returned to the U.S. in 1916, received his medical degree, and trained at Bellevue Hospital in New York. Shortly after the Armistice ended WWI, Dr. Blanton began his long association with the Medical College of Virginia, where he served in numerous faculty positions. He also published extensively and participated in many professional organizations. Dr. Blanton retired in 1954 and died in January 1960.

The entire Blanton scrapbook can be viewed on our Flickr  page.
WARNING: Some images show graphic medical scenes.