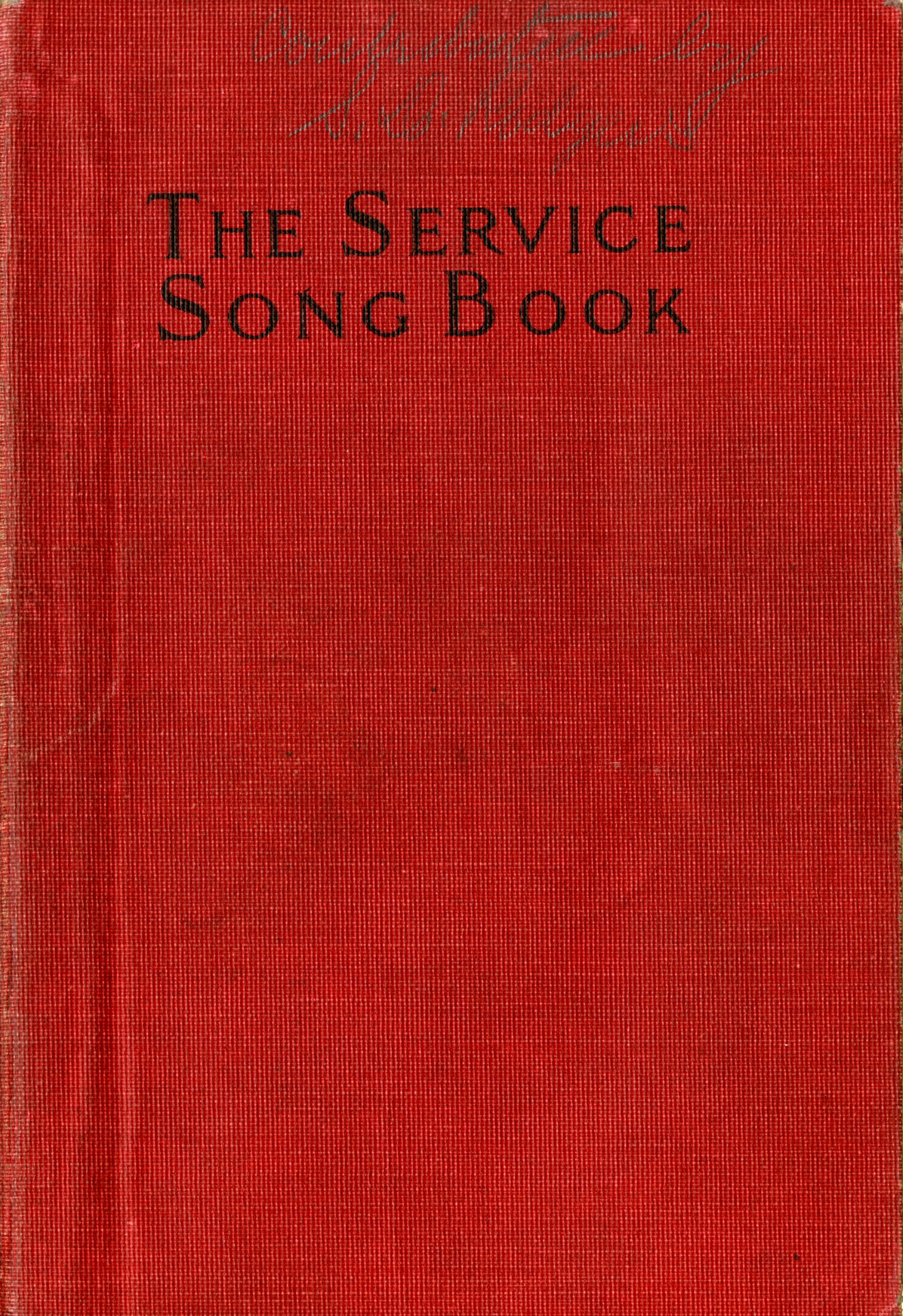 This Service Song Book, which was “Prepared for the Men of the Army and Navy,” was used by the YMCA at Camp Lee during World War I. Notes on the cover and flyleav were added when it was donated to the Virginia War History Commission, noting the origin of the song book and the name of the contributor, S. D. Rodgers. At some point during its life at Camp Lee, however, some soldier, perhaps bored during a church service, decided to play a prank on whoever would use the book after him. On the inside cover, he wrote “If my name you wish to see look on page 33.” A note on page 33 led to page 99, where another note led to page 203. Page 203, however, is blank. A scan of nearby pages turned up a final note on pages 186 and 187, which called the reader first a fool and then a “good girl” for looking. Even in times of war, people find time for humor and levity; indeed, they can be powerful tools to survive difficult times. 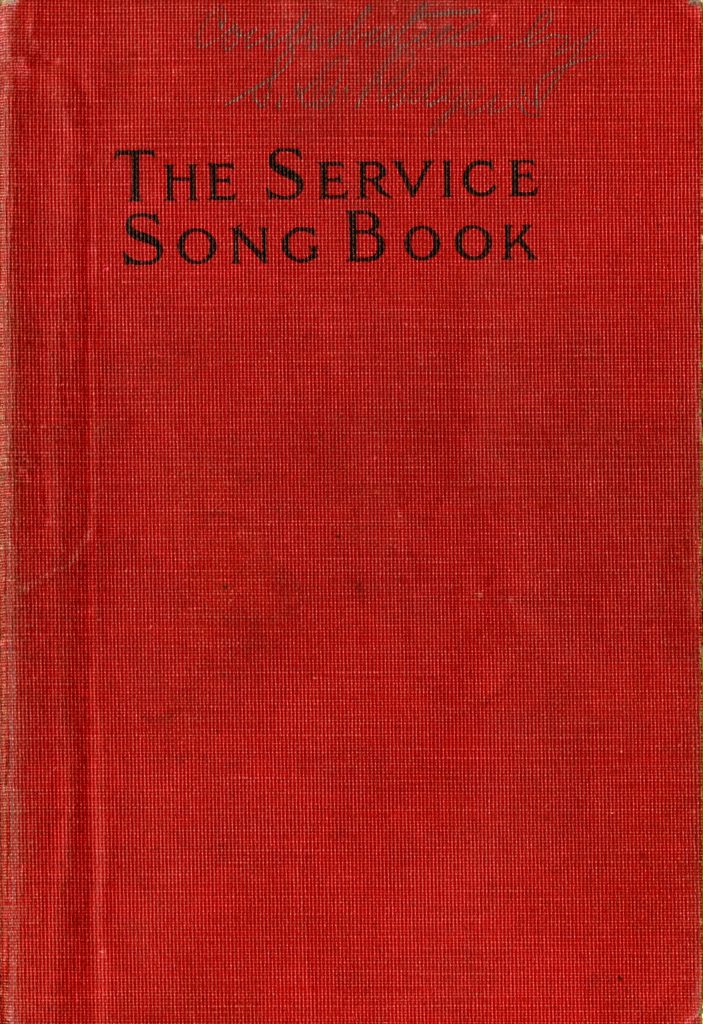 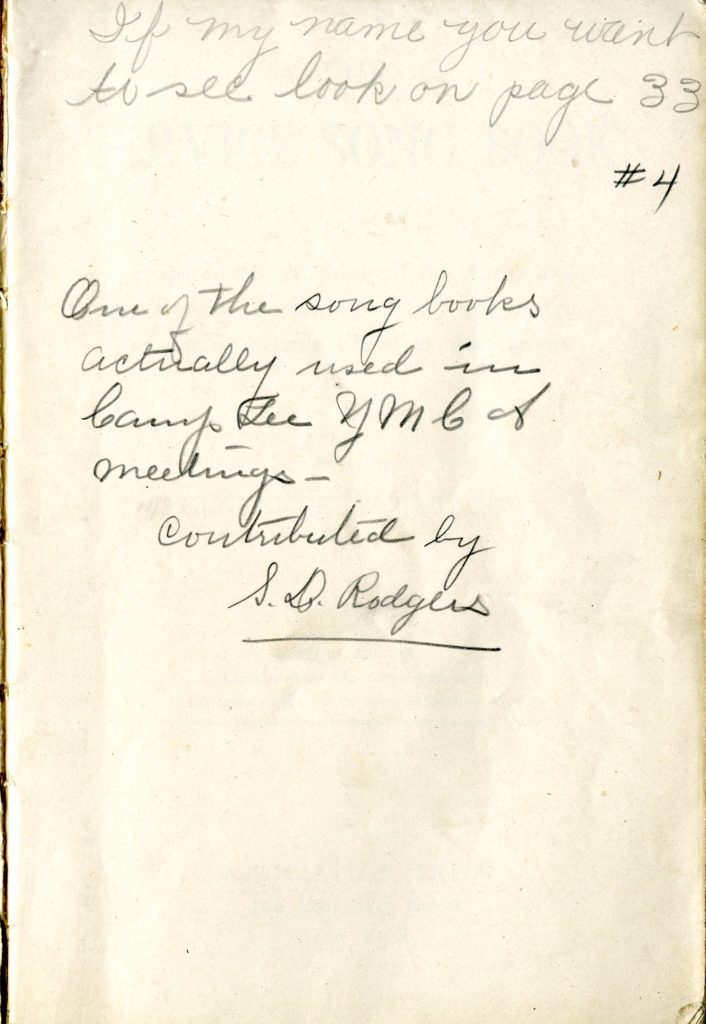 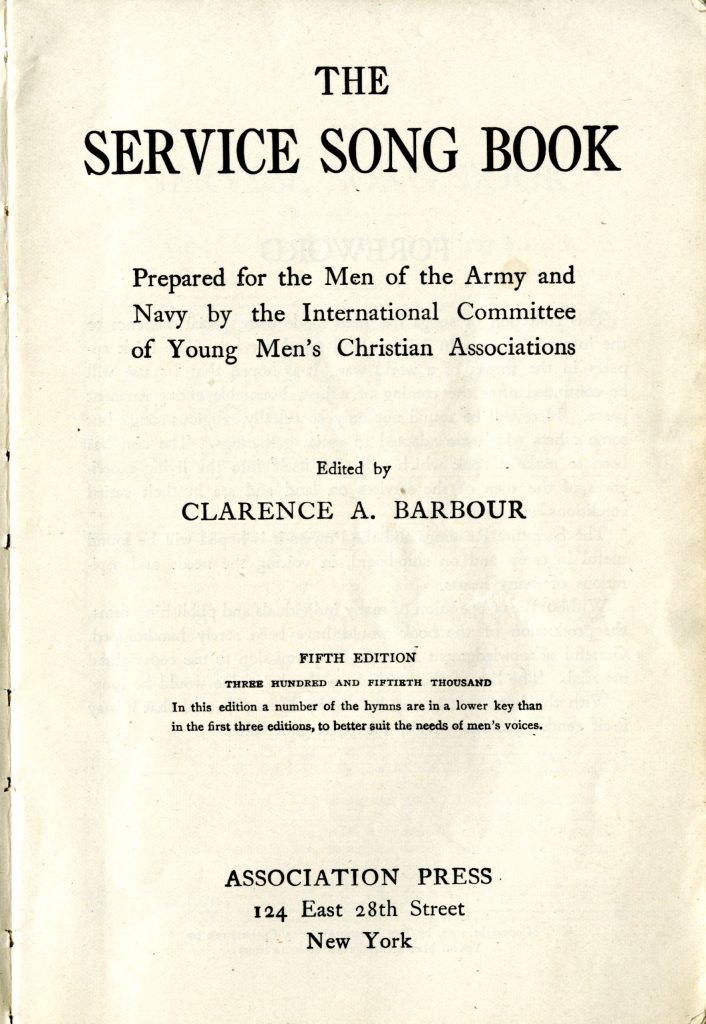 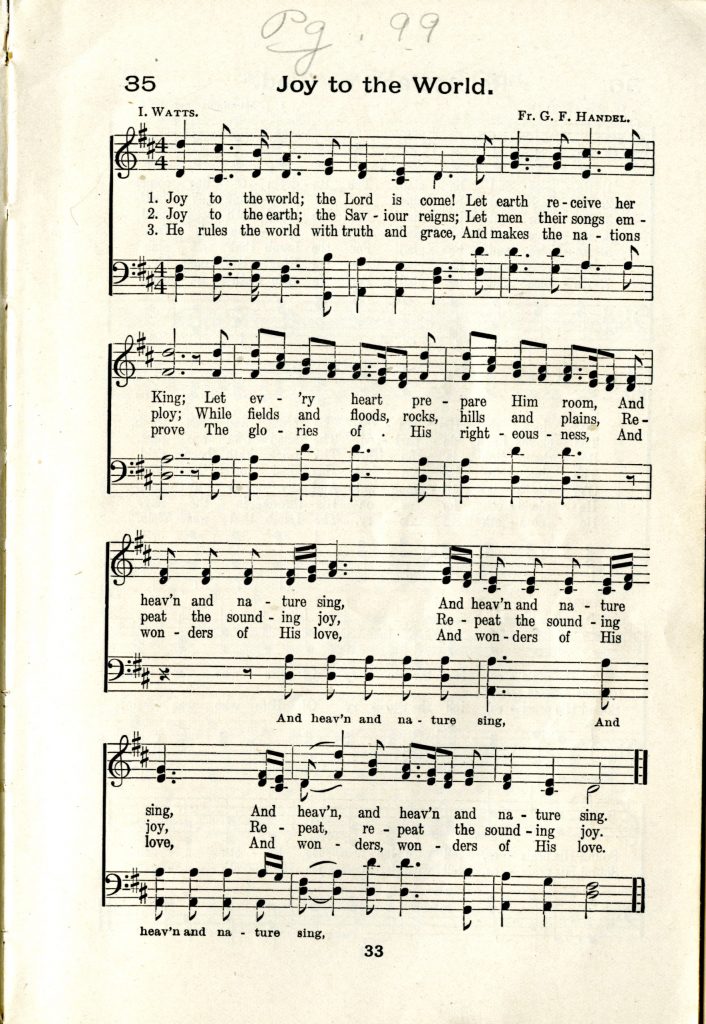 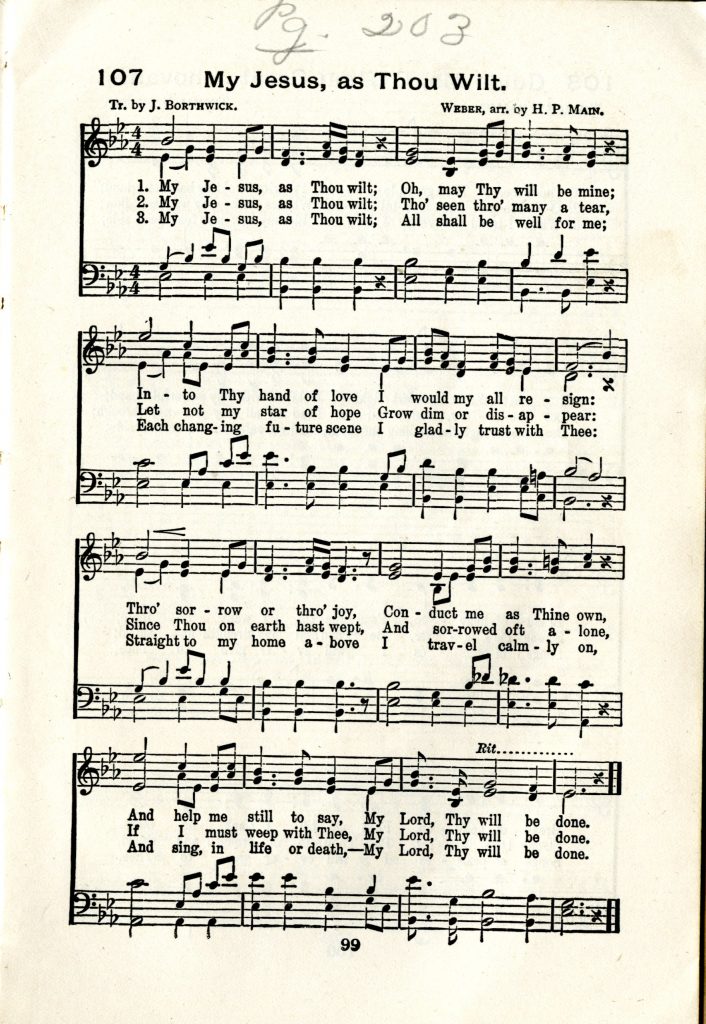 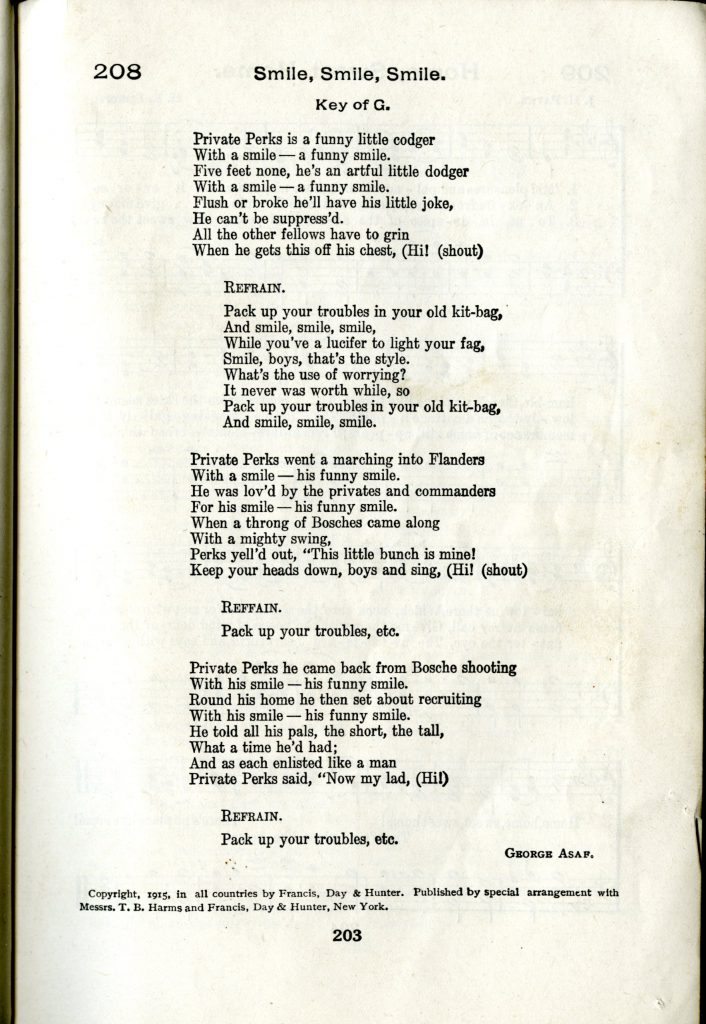 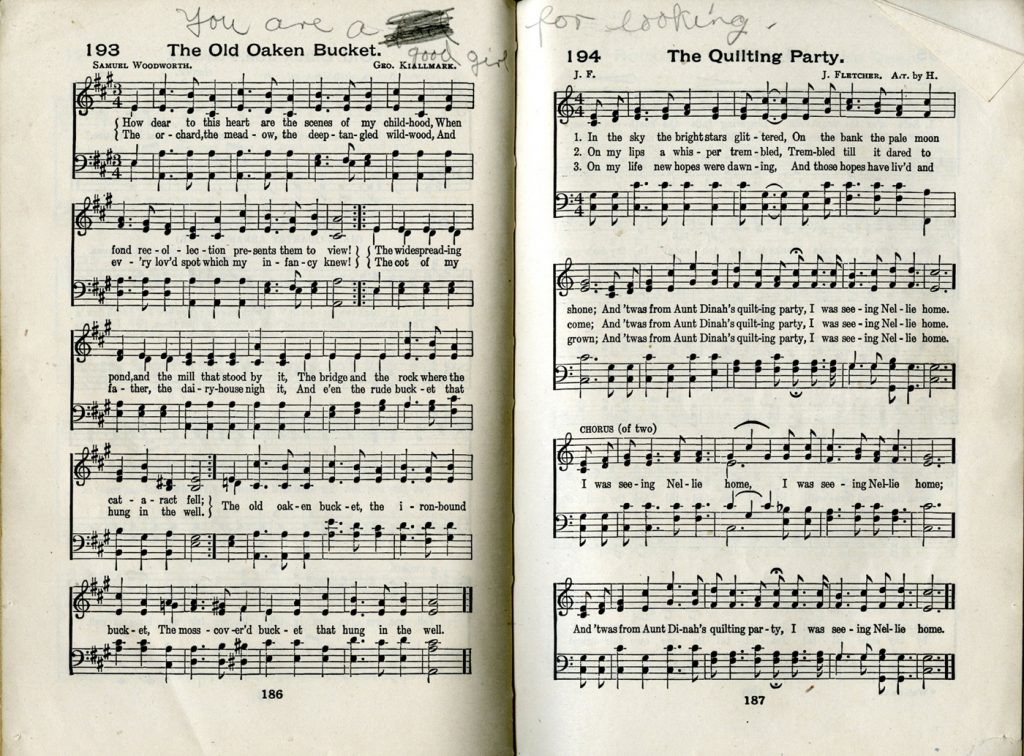