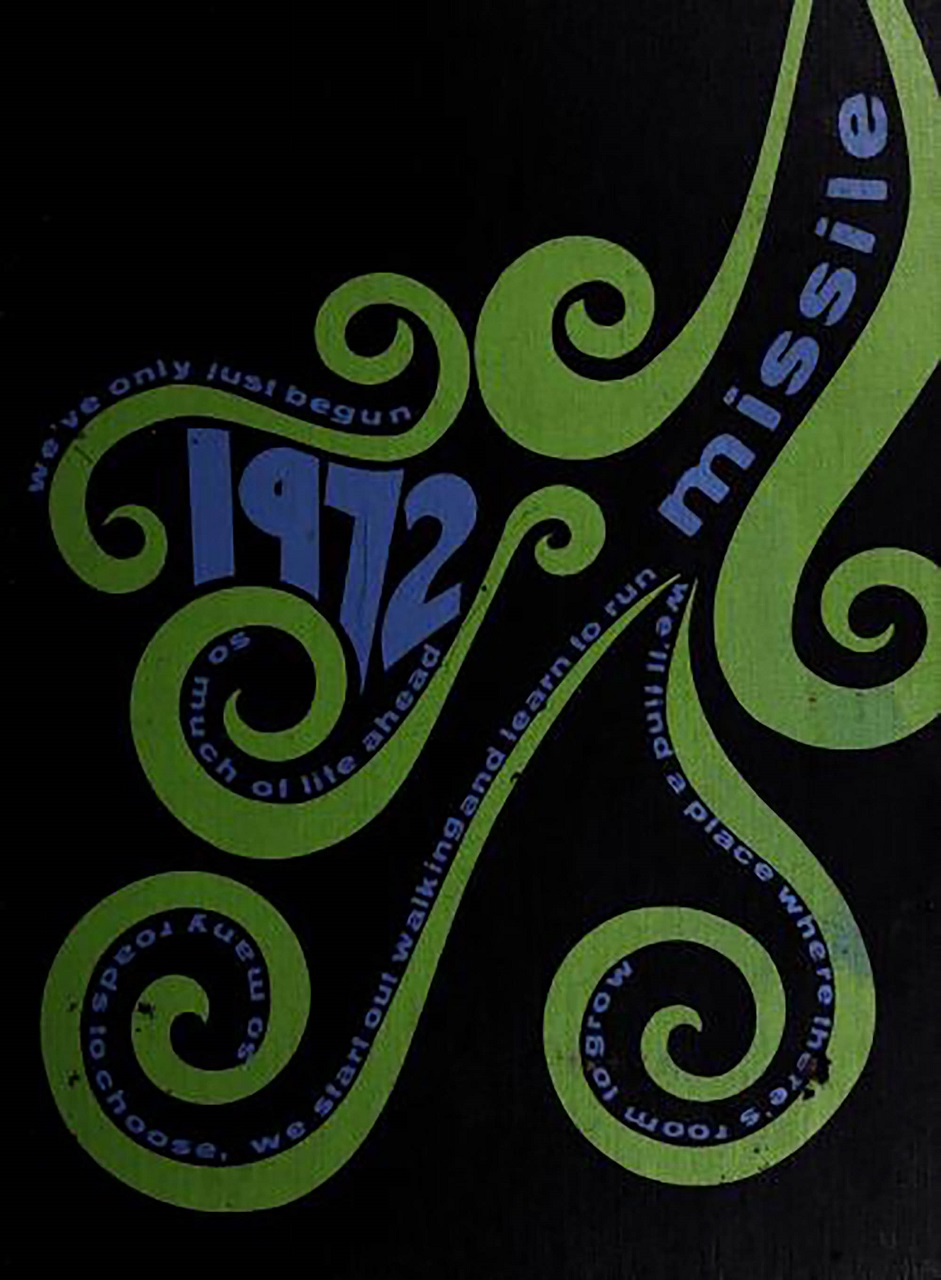 The Art of the Annual: The Virginia Yearbook Digitization Project

In 2015, I started the Library’s yearbook digitization project to scan yearbooks from all around Virginia on behalf of public libraries. Thanks to funds from the Institute for Museum and Library Services (IMLS), we have been able to digitize and provide access to 2,308 yearbooks published though 1977, the year that copyright law impacts use. So far, 35 local libraries have contributed their yearbooks, with more in process. There is no set end date for this project; it will continue as long as IMLS funding supports it and there are willing participants.

While working with the yearbooks from the Library of Virginia collection, I began to notice the artistic elements of the yearbooks. Some of the earlier yearbooks, created between 1920 and 1940, were elaborately designed with embossed covers. Some were done in a mimeographed style or had handwritten headers. Others had fancy themed borders printed on each page. Beginning around 1950 until our stop date of 1977, the yearbooks became plainer and less crafted.

I was curious why earlier ones had more intricate and detailed designs, so I did some research. An article in NPR’s ‘The Picture Show’ called “For All You Graduates: A History Of Yearbooks” () gives some explanation:

George K. Warren (1832–1884) was an early American photographer working and living in the Boston area when the daguerreotype fell out of fashion. So he turned to a different photographic technology and capitalized on the ability of a single negative to produce many images. He persuaded college students to buy many images and share them with each other. Pretty clever! Then the men (as most students in the 1860s and 1870s were men) would have the images bound by a bookbinder into fancy albums, sometimes with embossed covers and gilded pages. For a good fifteen years, Warren was one of the best-known makers of “graduating class pictures.” The National Museum of American History has an early Warren yearbook, 1860, from Rutgers in New Jersey.

I have seen examples of these yearbooks in the collection and actually had to glue some of the photos back into the yearbook. 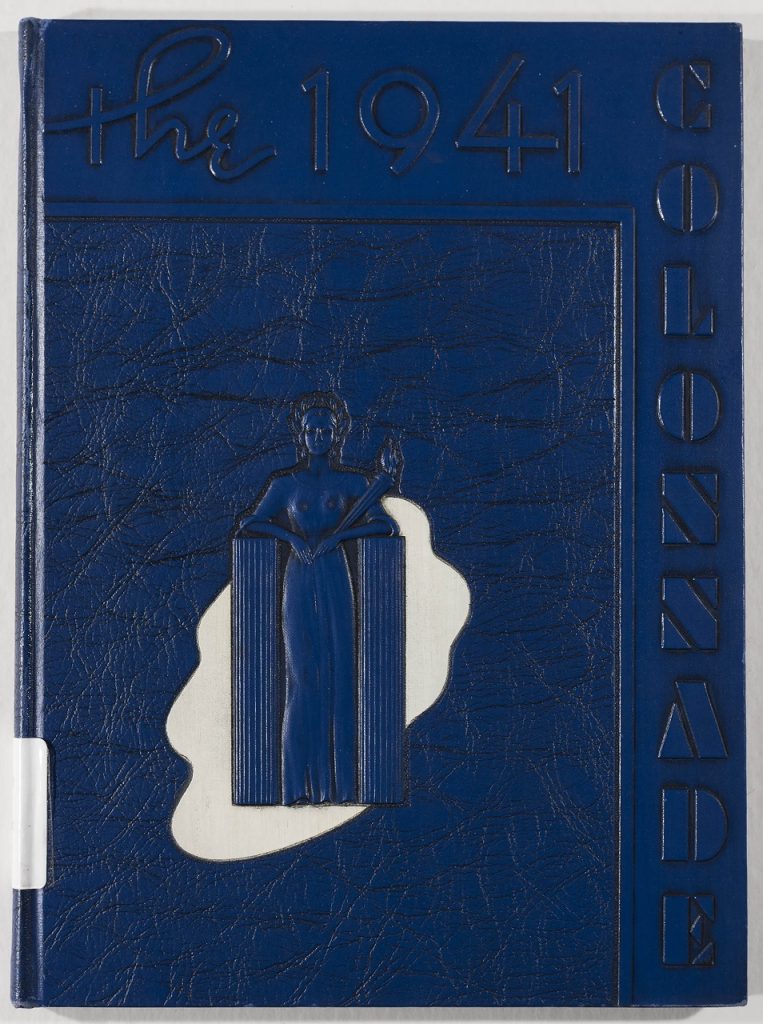 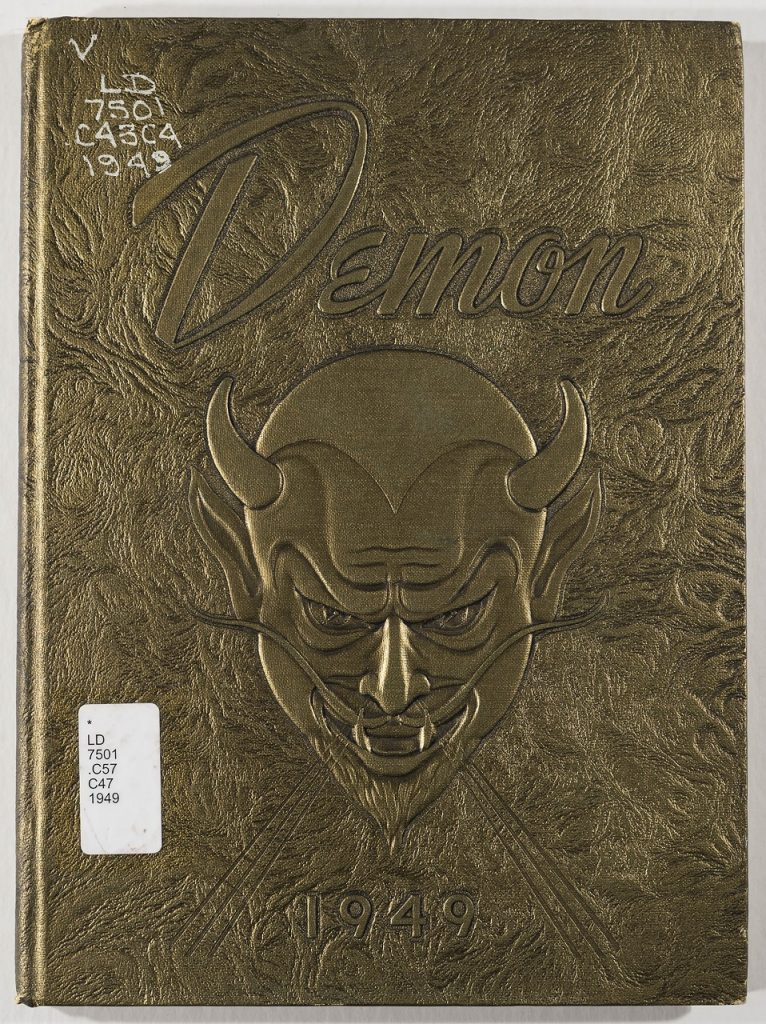 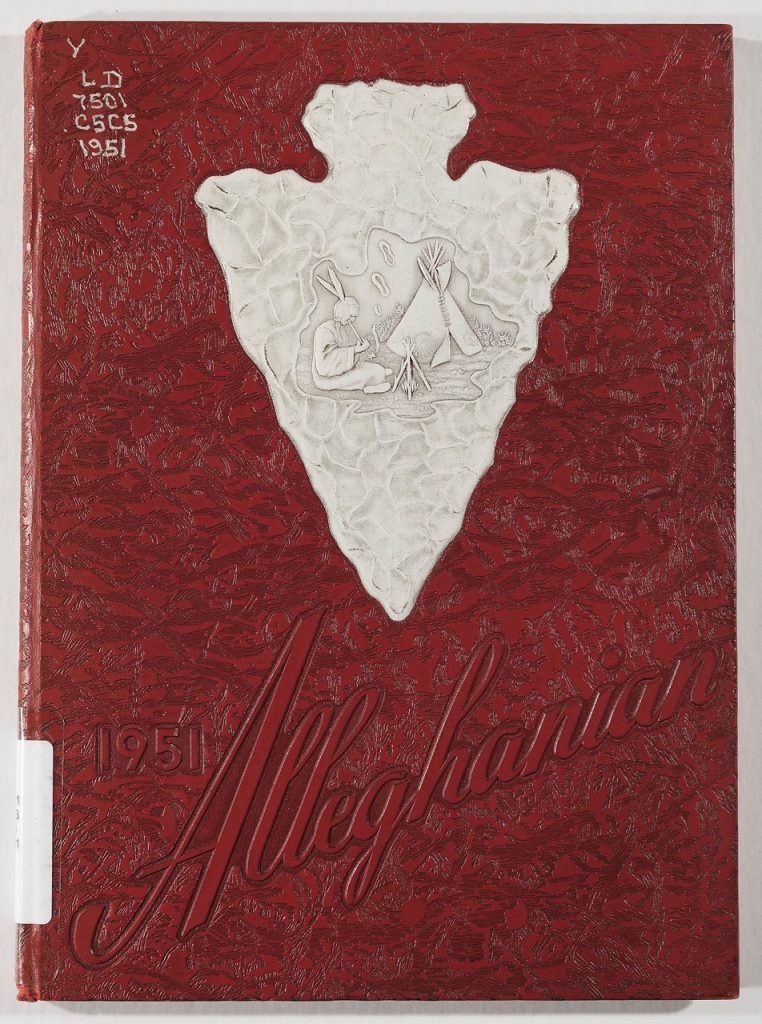 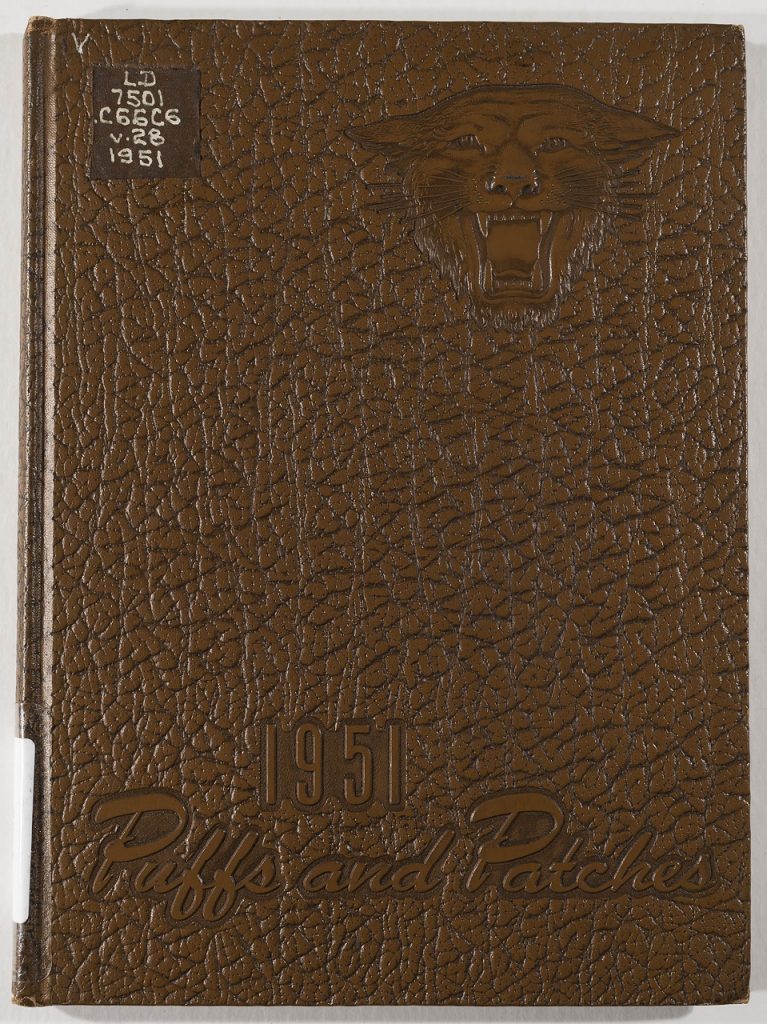 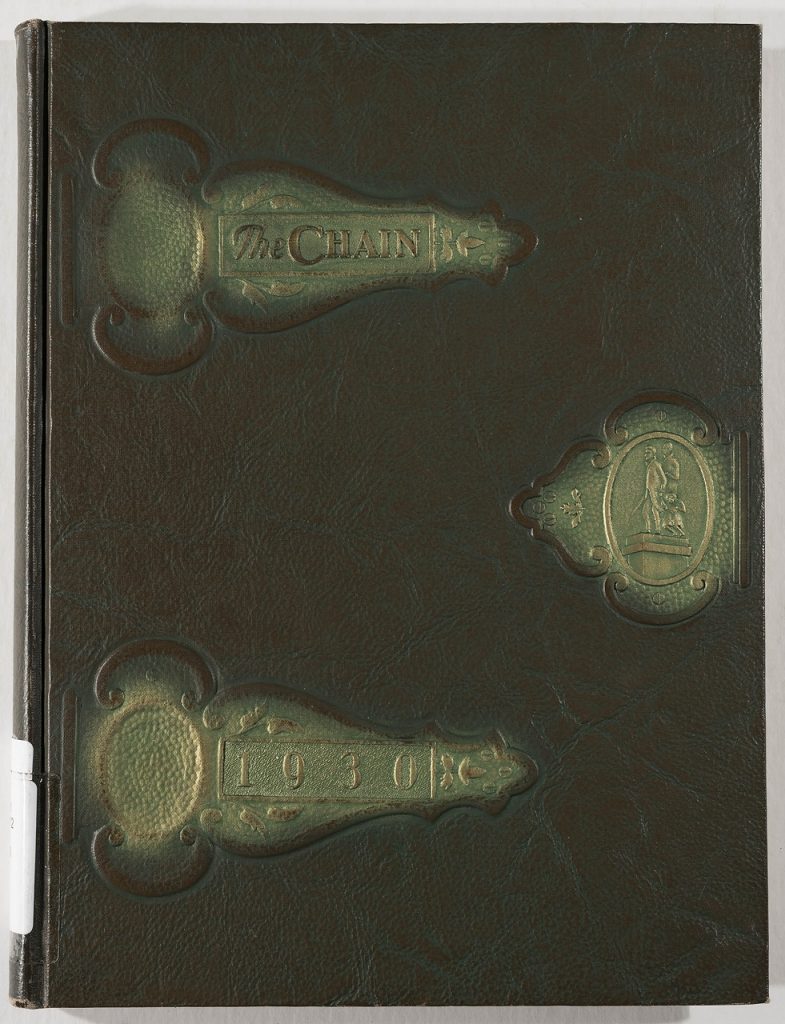 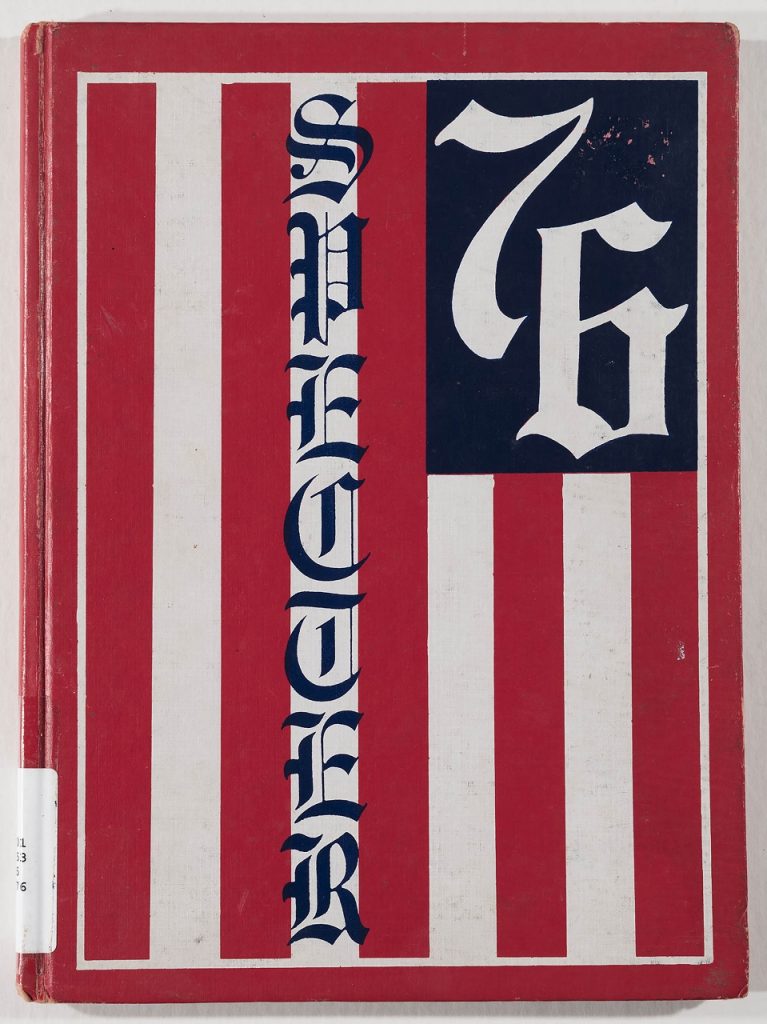 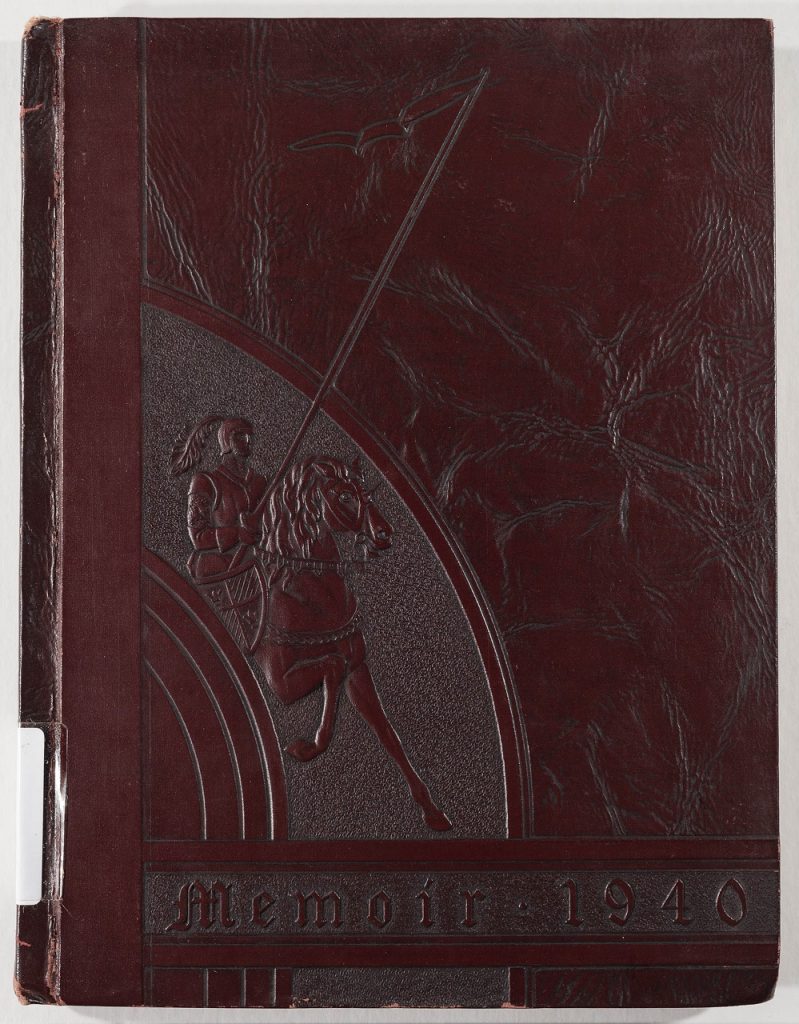 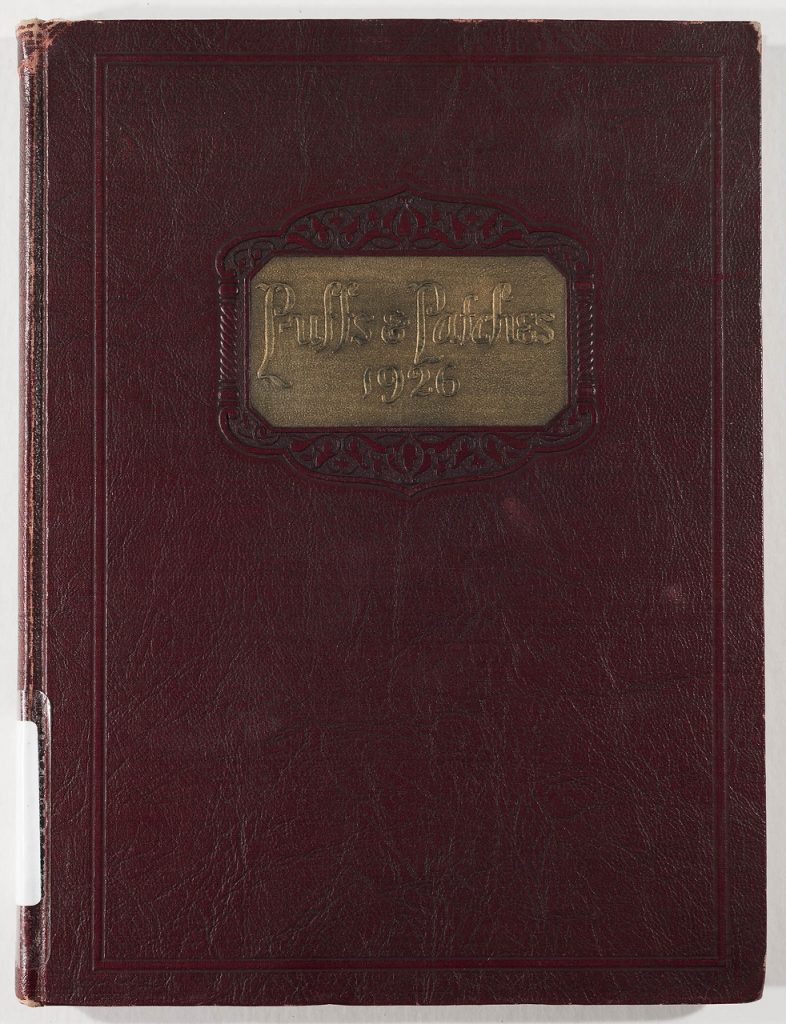 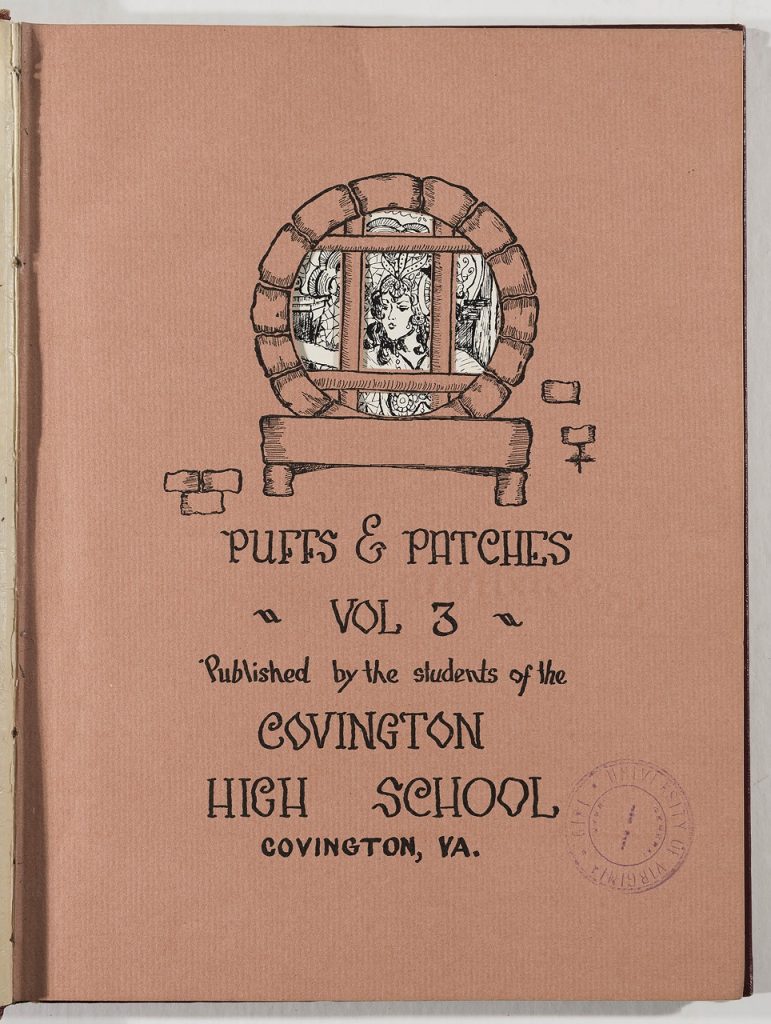 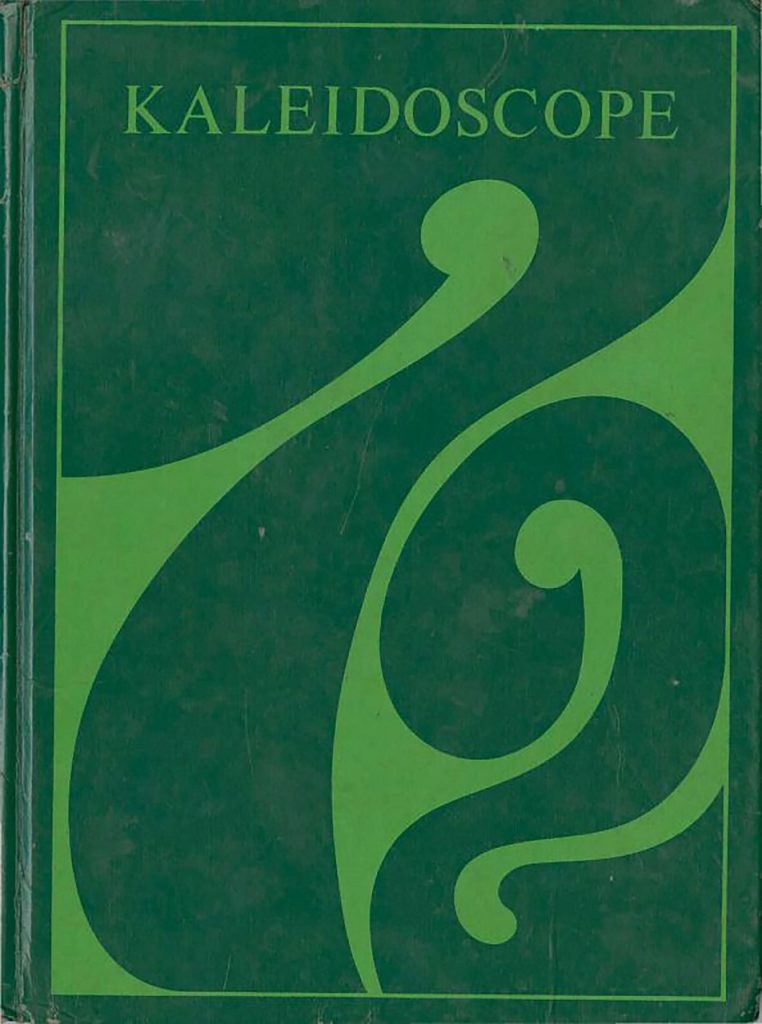 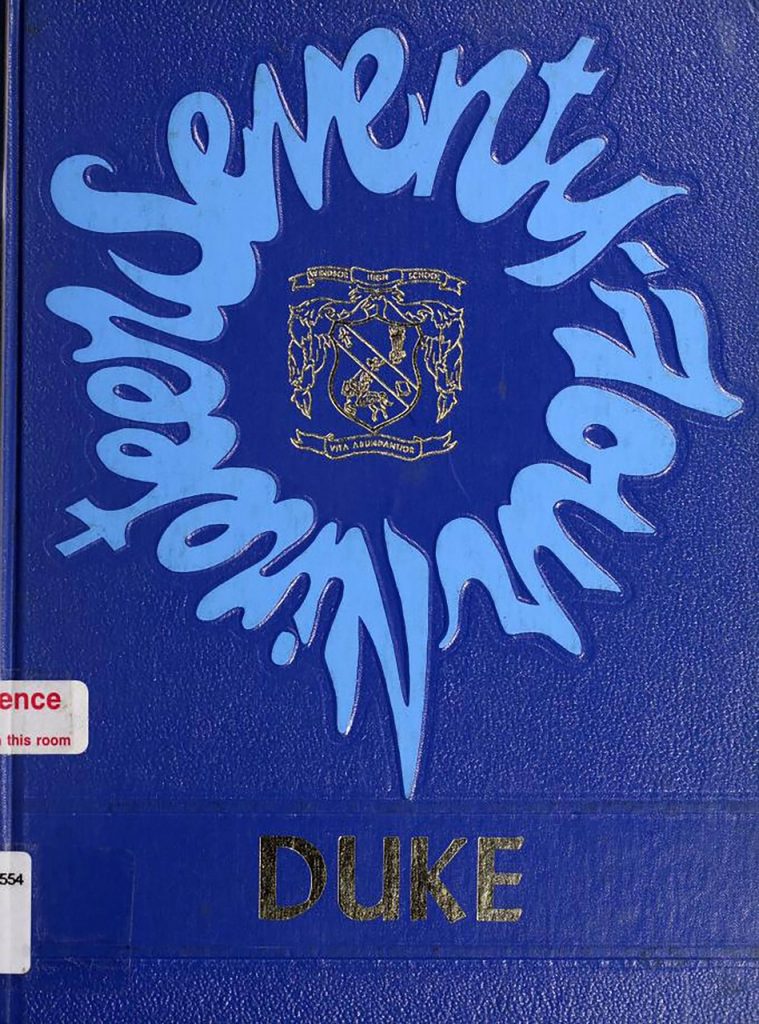 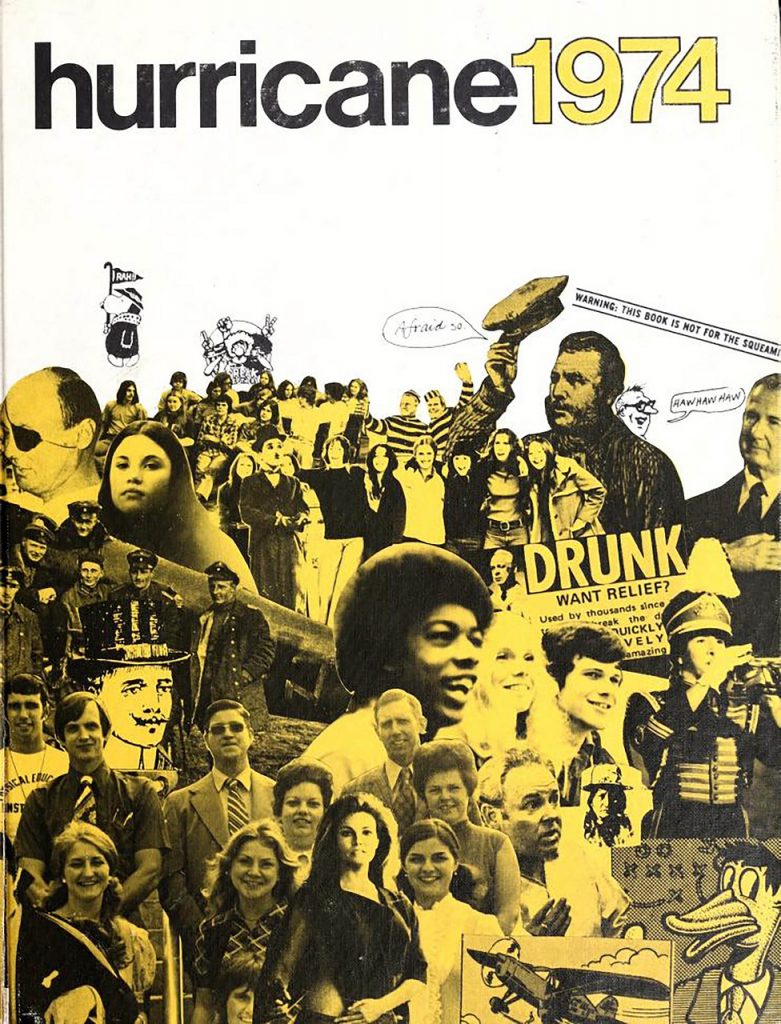 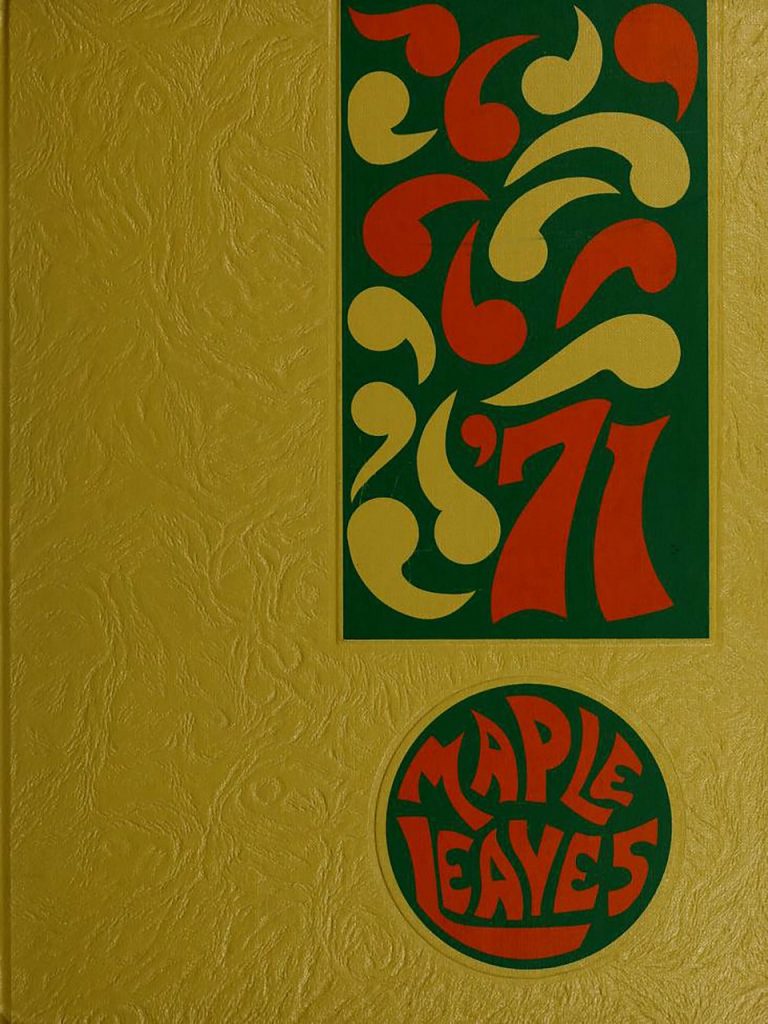 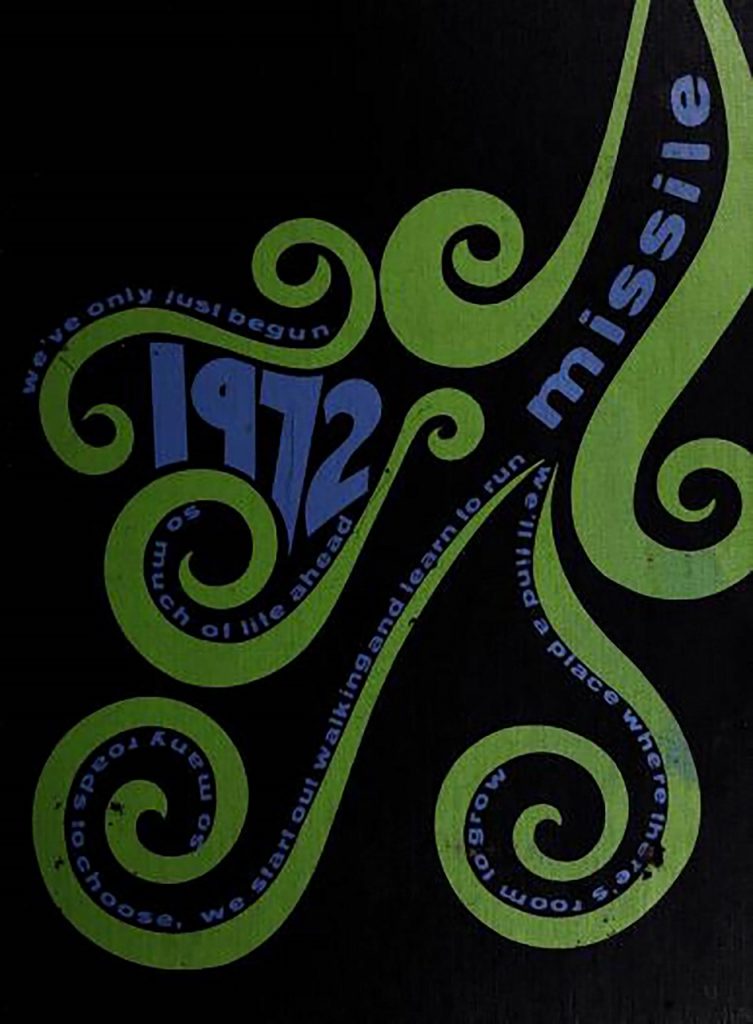 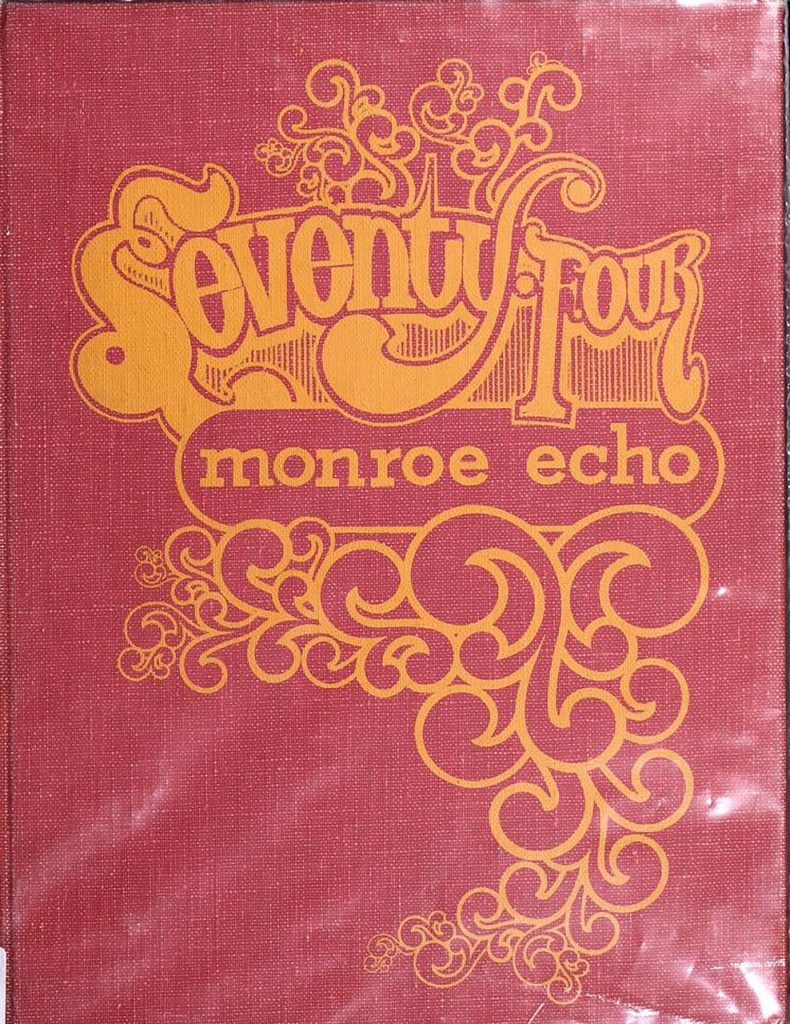 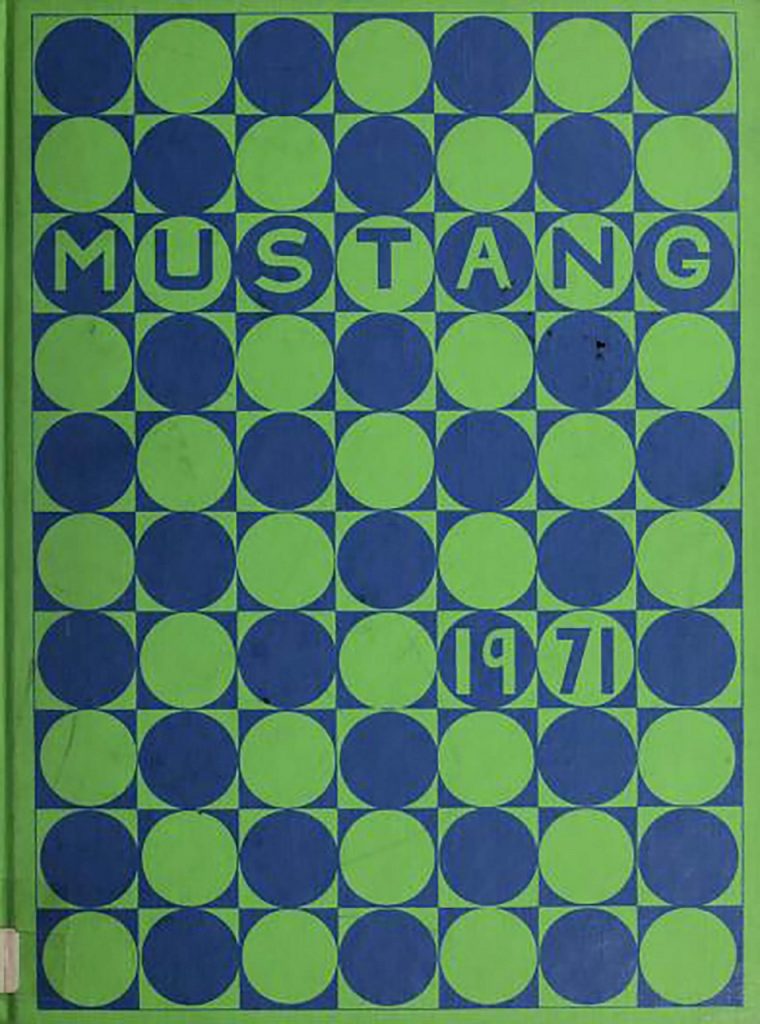 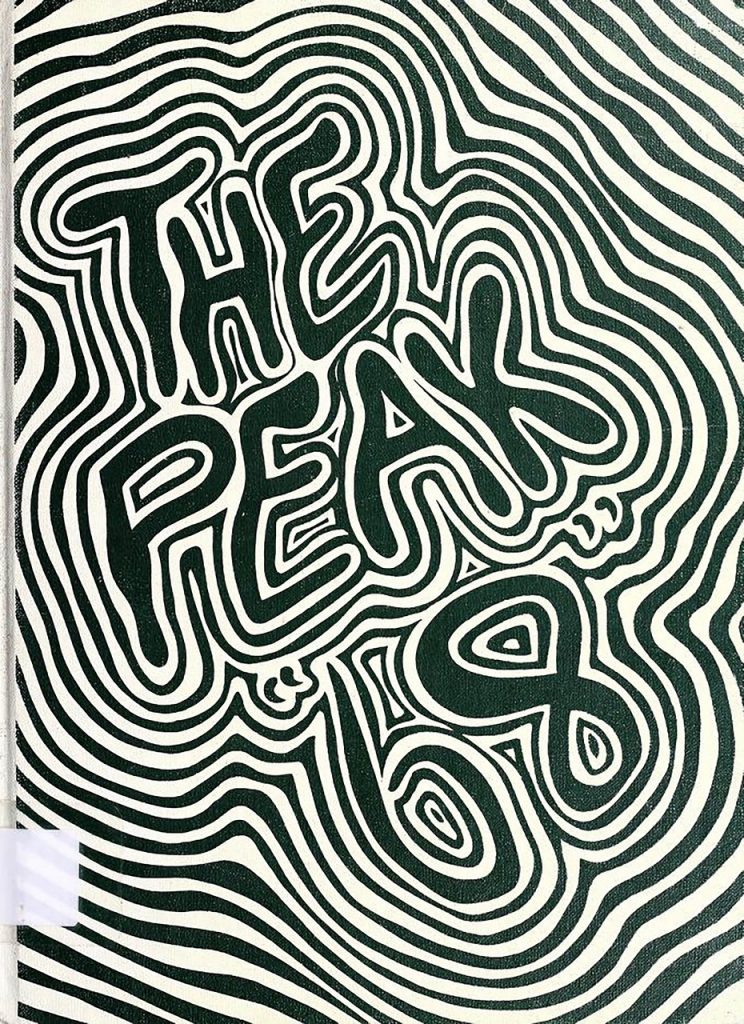 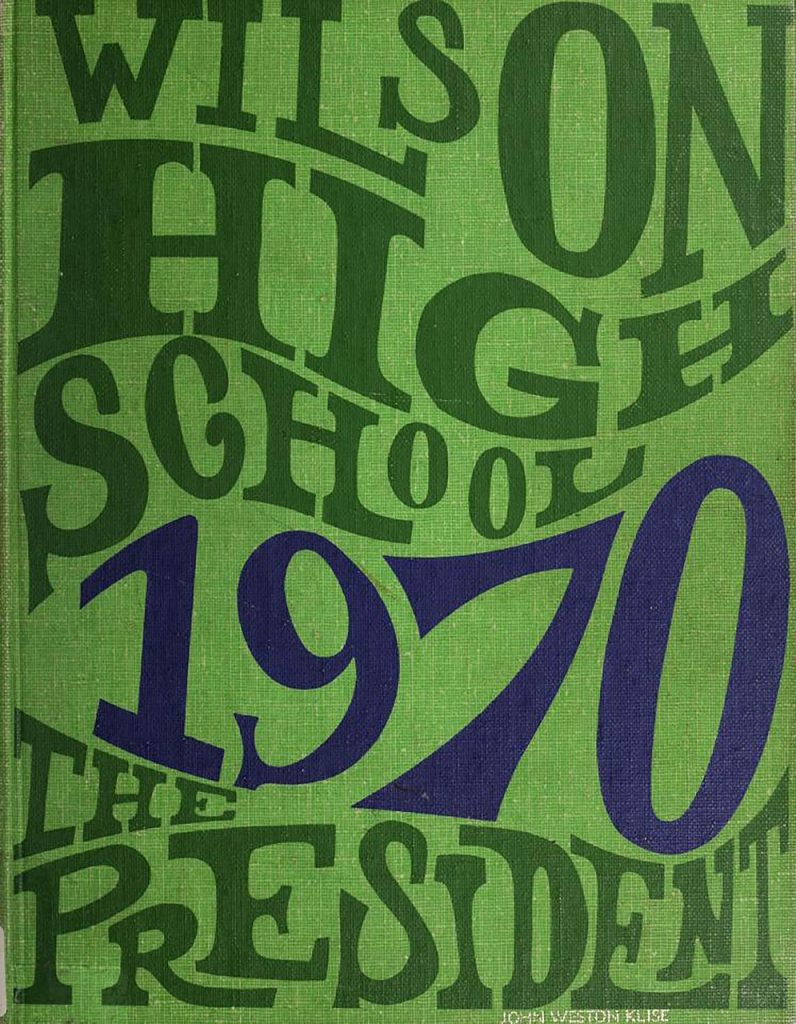 In the early 1900s, mass production using printing plates reduced the costs and made the yearbook more attainable for students and the school yearbook as we know it was born. Yearbooks hold all sorts of information, on everything from genealogy to educational trends and segregation to fashion history. This glimpse into society is packaged within a single cover, which prior to the 1960s mostly had muted colors and conservative designs. The era of flower power, however, brought with it more psychedelic hues and freestyle graphics to yearbook covers. Technology continues to change the form of yearbooks. Desktop publishing beginning in the 1980s and digital printing in the 1990s both radically changed yearbook design and production. With the explosion of digital pictures, social media, and photo sharing capabilities, I wonder what the future will hold for school yearbooks. But for right now, I’m enjoying the walk through the past with these beautiful time capsules.