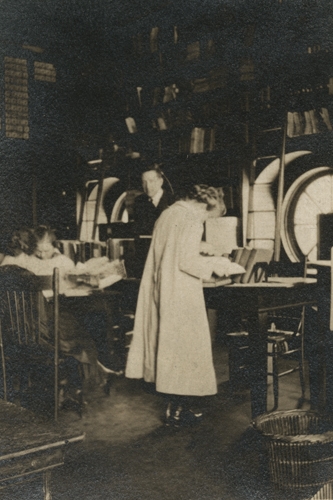 Women with Dirty Hands: Archival Apprentices in the State Archives

The following post was adapted from an article in the January/February 2006 Library of Virginia newsletter and additional research on the topic by Jennifer Davis McDaid.

Today is Administrative Professionals Day, and anyone who works in an office setting knows the critical role that administrative personnel play on a day-to-day basis. Were it not for them, a great deal of progress would come to a screeching halt. In that spirit, we look back at another group of assistants who were responsible for considerable advancement at the Virginia State Library (now the Library of Virginia). 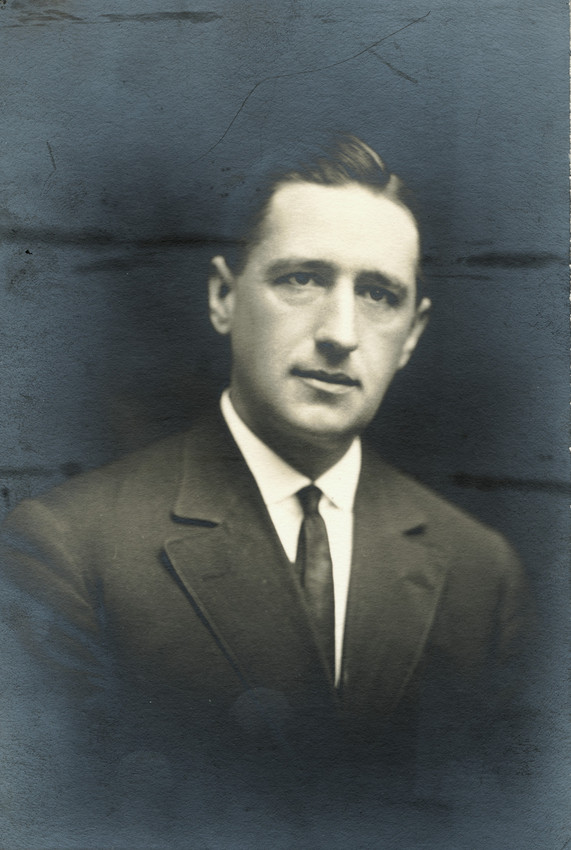 Morgan P. Robinson, an organized and fastidious man, became Virginia’s first state archivist in 1918. Shortly after becoming the chief of the Archives Department in 1915, Robinson launched an innovative collaboration with Westhampton College (a women’s liberal arts undergraduate institution that merged with Richmond College in 1920 to become the University of Richmond). Juniors and seniors studying American history could work as archival apprentices at the Virginia State Library. The archives desperately needed the help and the students benefited from the practical experience.

The assistants served without pay, but earned history credit for their two hours a week. Beginning with just two students in 1916, the program had 12 enrolled in 1917-1918, and 21 by 1920. Mr. Robinson insisted on two rules: the women had to wear “a full apron up to the throat, down over the cuffs, and over the hem of the skirt” (to prevent the complaints of parents distressed by how dirty the work was), and that each student perform her own reference work. The goal of the latter was to familiarize each apprentice with the relevant sources and requisite problem-solving required along the way.

“A confused mass of petitions to the General Assembly” vexed the first two cohorts. Later classes tackled the Executive Papers and personal property tax books. Under Robinson’s tutelage, each class trained in careful research and the basics of handling and arranging documents. The state archivist was a keen supporter of access to public records by all and this belief underlay his development of the apprentice program.

In a February 1920 article on the program in The Historical Outlook, Robinson called the archives “Virginia’s Historical Laboratory.” By processing “unworked papers,” he said, the apprentices would make records “accessible to the modern historian as rapidly as possible.” By working with original materials, students learned the basics of the archival trade and acquired “first-hand information as the means and the methods of the writing of history.” 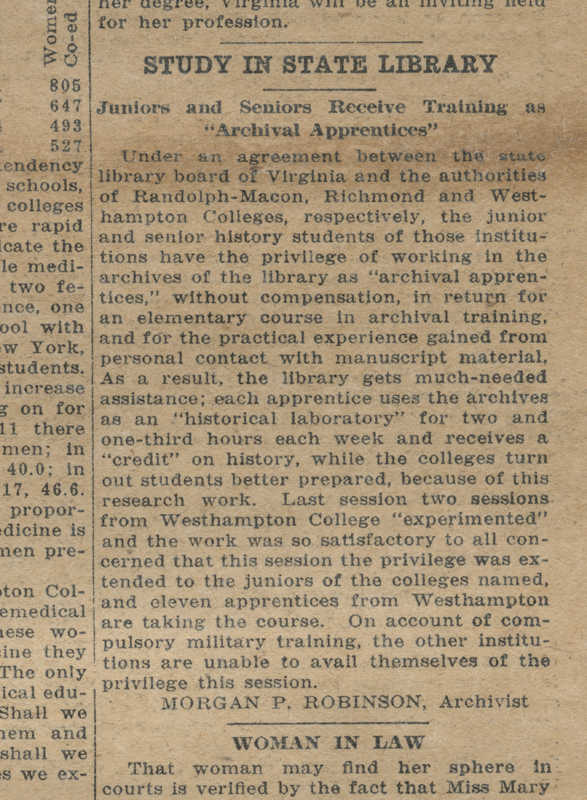 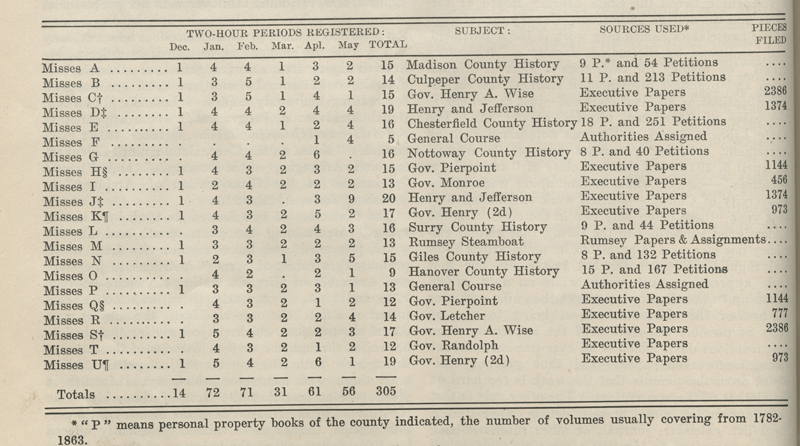 Later cohorts of student archival assistants included men from the University of Richmond and undergraduates from Randolph-Macon College. By 1924, unfortunately, growing workloads for the state archivist and his staff precluded their supervision of the apprentice program. A temporary halt put in place at the time proved to be permanent.

Many researchers and archivists who have followed behind these “ladies of unusual interest and abilities” owe them a debt of gratitude for their diligent and capable work.