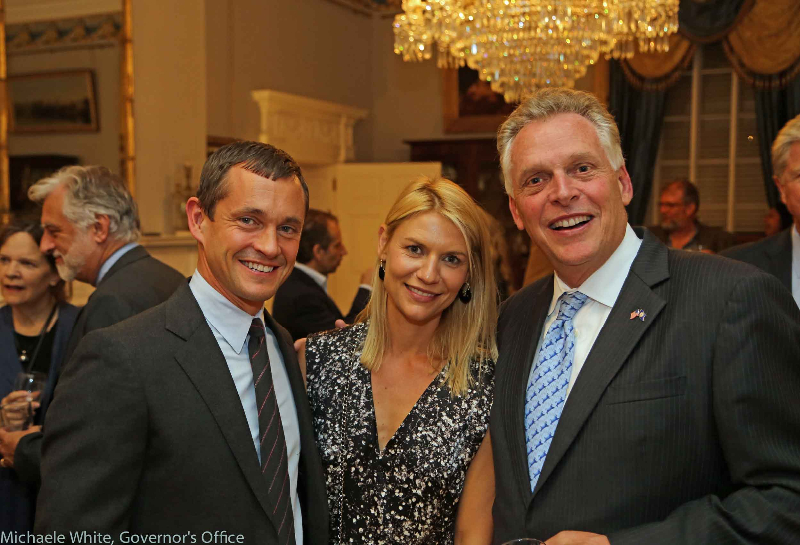 Homeland is "creating a heck of a lot of buzz and excitement with our citizens!"

The Virginia Film Office, created in 1980, is part of the Virginia Tourism Corporation. Its mission is increasing “revenue to the state through the production of filmed product including television shows, feature films, videos, documentaries, and commercials.” The Film Office markets Virginia as a location for film and video production, providing financial incentives through grants and tax credits. On 29 June 2017, Rita D. McClenny, President and CEO of the Virginia Tourism Corporation, wrote a memo to Secretary of Commerce and Trade Todd Haymore regarding a request by Homeland’s producers for $9 million (in grants and tax credits) to film in Virginia. McClenny recommended a maximum $700,000 grant from the Virginia Motion Picture Opportunity Fund to pay for labor, scenery, set construction, equipment rentals, and location fees. She also recommended $6.5 million in tax credits based on verified spending by the production company. McClenny concluded by noting, “[w]ith $46.3 million in projected in-state spending, this will be our largest project EVER and will deliver substantial economic impact to the Commonwealth. In addition, this film features an award-winning cast that will provide a valuable platform to promote Virginia tourism through value-added deliverables. This is a great opportunity for Virginia.” Haymore agreed. Governor McAuliffe approved the incentives on 10 July and issued a press release the next day announcing Homeland was coming to Virginia.

As Homeland was about to begin filming, Governor McAuliffe invited the producers and cast of the series to the Executive Mansion for a reception on 8 September 2017. Guests included Claire Danes and her husband, Hugh Dancy; Alex Gansa, showrunner/executive producer/writer; Lesli Linka Glatter, executive producer/director; Michael Klick, executive producer; and Bert Salke, president of Fox 21. During the reception Governor McAuliffe thanked the Homeland team for choosing Virginia for filming. “Your decision to film here is huge for the Commonwealth,” McAuliffe said. “And you’re creating a heck of a lot of buzz and excitement with our citizens!” 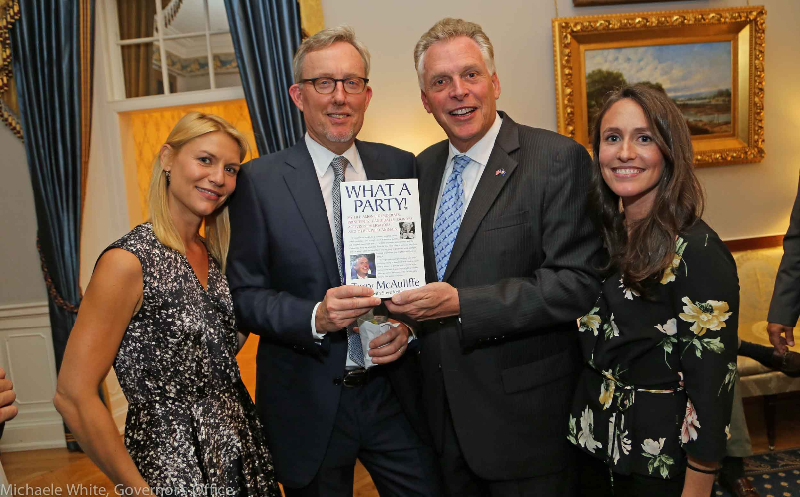 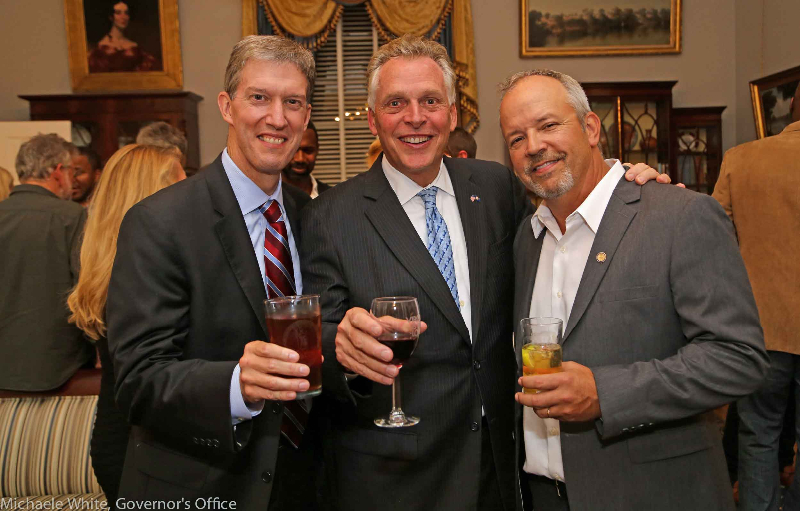 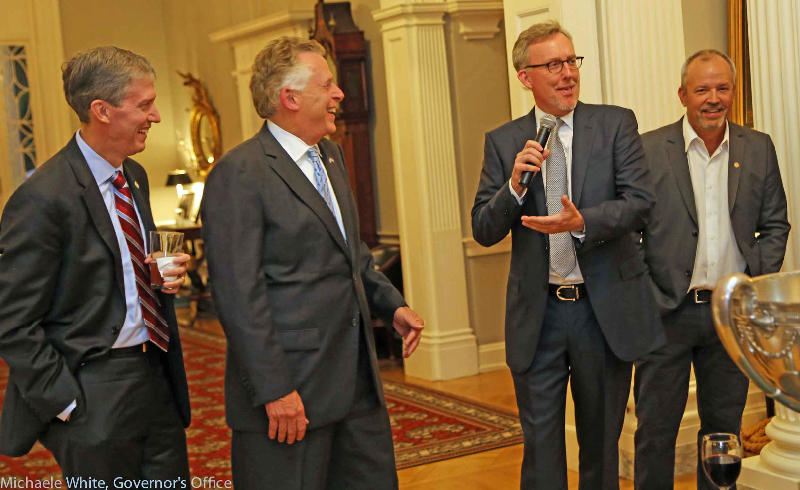 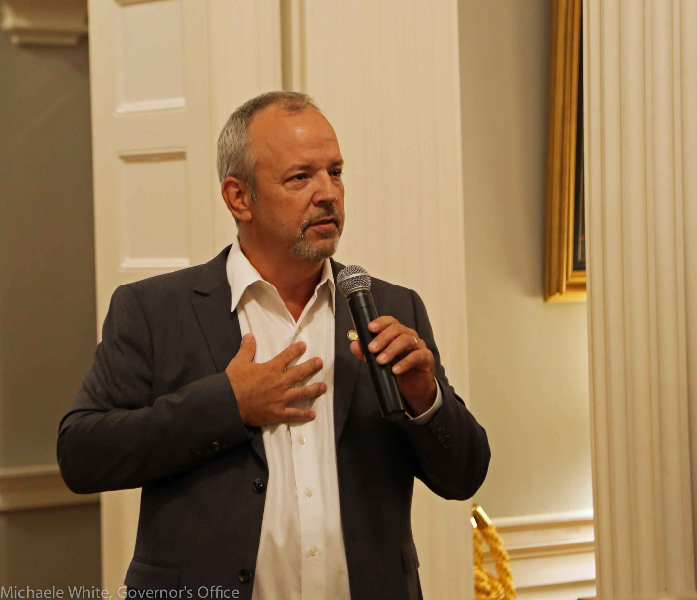 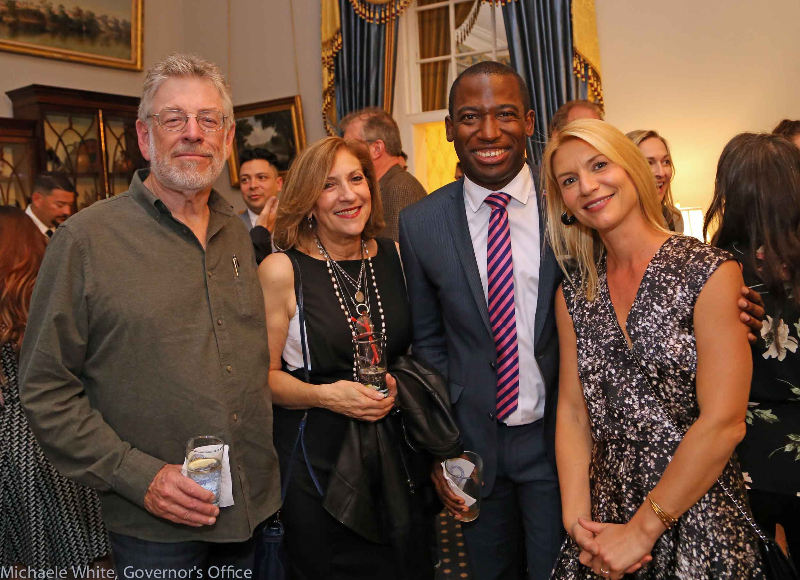 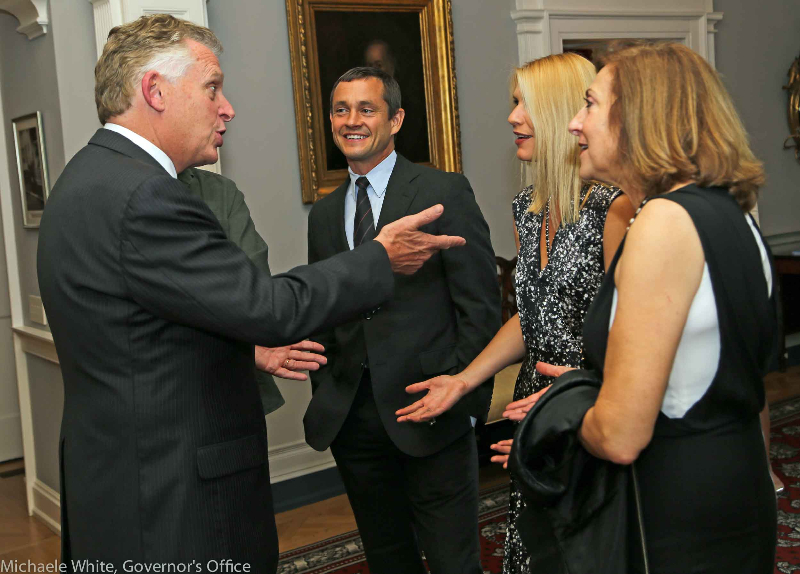 The complete photo album of the reception is available on the governor’s Flickr page.

The McAuliffe administration records are closed to researchers. Documents related to bringing Homeland to Virginia will be available when the collection is processed.