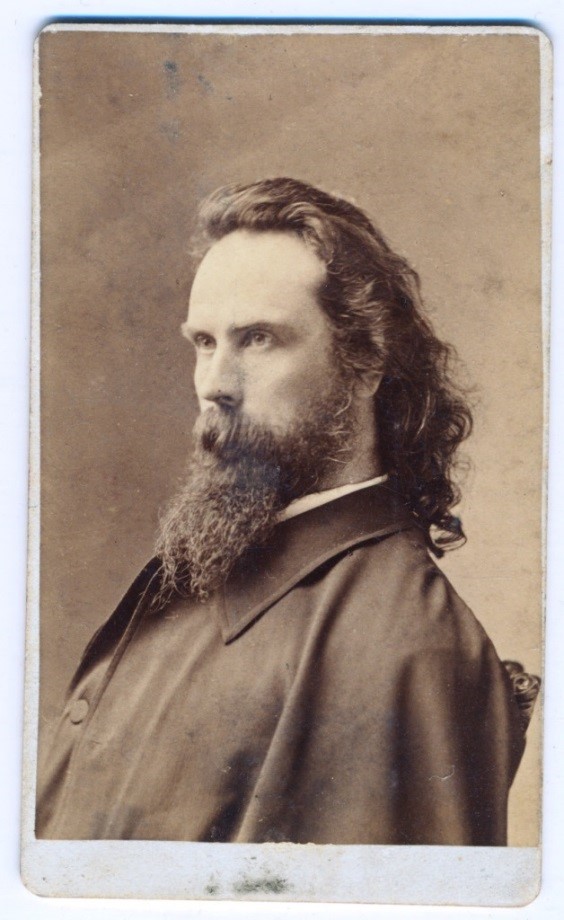 The Idle Hour: The Eccentric Life of Capt. John Cussons

Captain John Cussons, Jr., is one of Glen Allen’s most fascinating historical figures.  A nineteenth-century English immigrant with an entrepreneurial spirit and an insatiable wanderlust, Cussons left Lincolnshire for the United States in 1855, at the age of seventeen.  During his explorations of the Old West, Cussons encountered a Sioux village, where he simply walked into a young Native American woman’s tipi and remained for four years.

He then wandered southeast to Selma, AL, where he became part owner of the Morning Reporter newspaper  before enlisting in the Confederate Army at the outset of the Civil War.  As a scout, Cussons participated in several early Confederate victories and received rapid promotions before, true to character, he casually wandered behind enemy lines on the third day of the Battle of Gettysburg and was captured by Union soldiers.   Whether Cussons escaped from the Johnson’s Island military prison on Lake Eerie or was simply paroled out in a prisoner exchange is unclear, but Steve Cooke of the Richmond Navigator notes, “The catalog of items in the American Civil War Museum in Richmond lists a ‘Saw made by Captain Cussons when at Johnson’s Island to make his escape.’”

Rather than returning to England after the Civil War, Cussons ventured to Glen Allen, where he married the widow of Benjamin Allen, after whose prominent family the town was named.  Using funds from his successful printing company—Cussons, May, & Co.—the entrepreneurial ex-Confederate constructed the now-defunct Forest Lodge resort on Mountain Road, adjacent to the town’s railroad tracks: 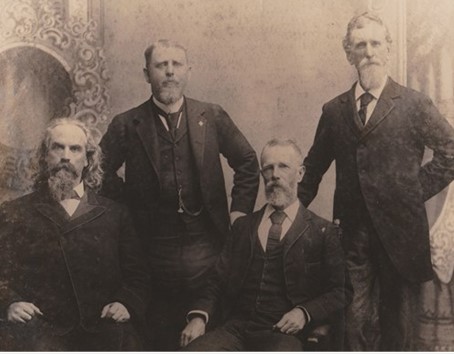 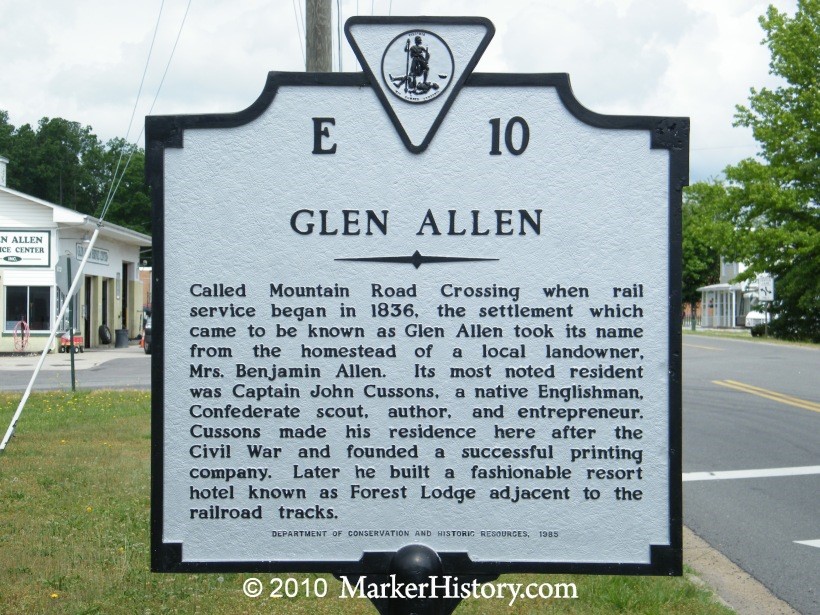 In its day, Forest Lodge was a lavish Victorian resort that, according to a 1932 report in the Richmond Times-Dispatch, was envisioned by Cussons “as a popular half-way point on the main railroad line between New York and Florida.  He thought wealthy citizens throughout the East would welcome a place where they could go hunting, boating, fishing and riding by day, and return in the evenings to the palatial surroundings to which they were accustomed.” 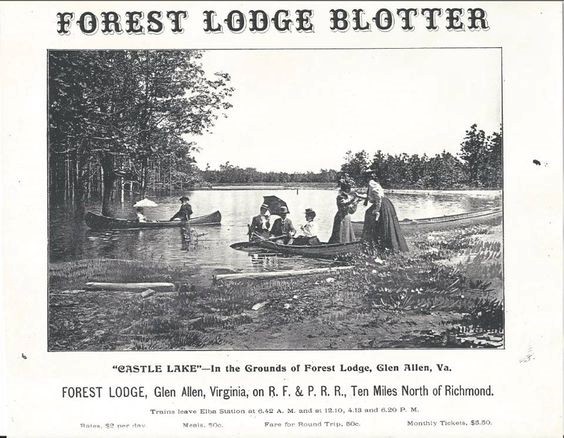 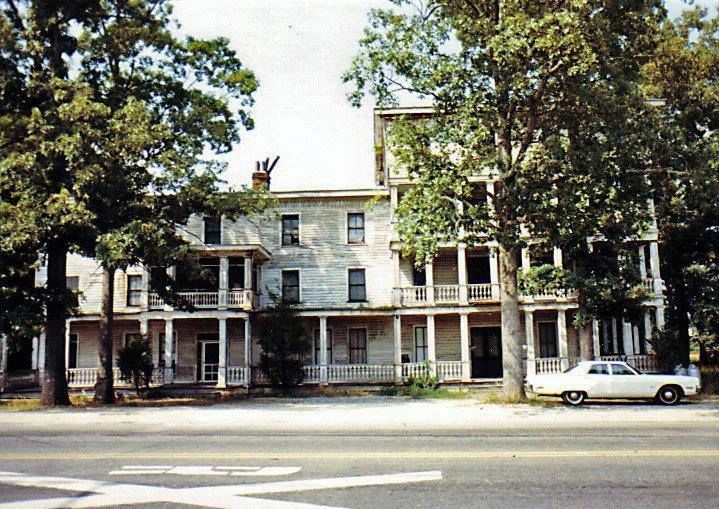 Cussons’ lodge even had its own personal newspaper, The Idle Hour, courtesy of his Glen Allen printing company.  These issues are from the Library of Virginia’s historical archives and are now available on Virginia Chronicle.

Cussons was clearly proud of the broad circulation of his local paper: 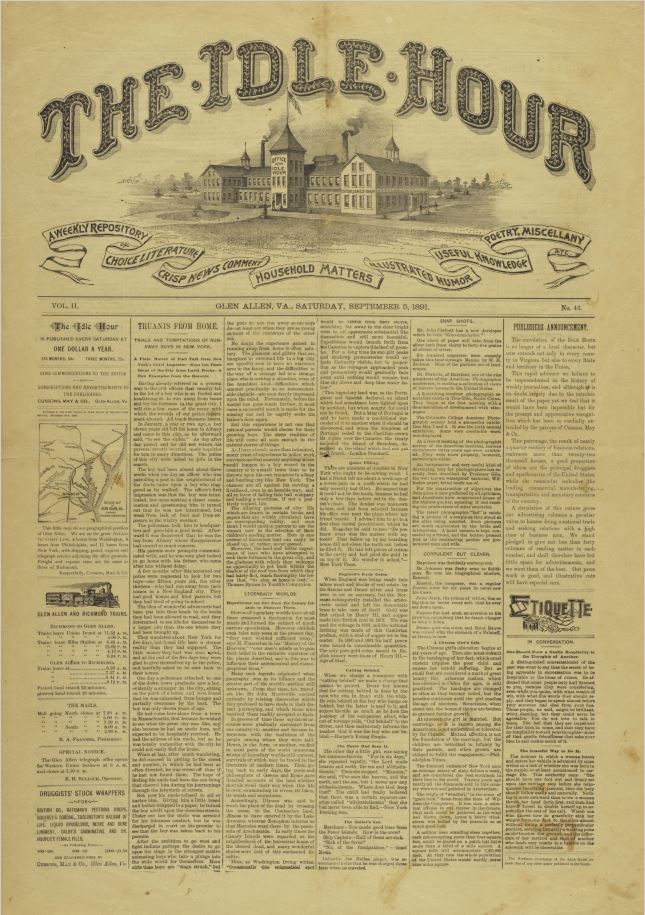 Perhaps The Idle Hour’s widespread popularity owed to its avoidance of politically controversial issues.  Instead, the paper primarily contained local and national popular news, opinion editorials, advertisements for additional products sold by Cussons, May, & Co. and other local stores, and many amusing comic strips: 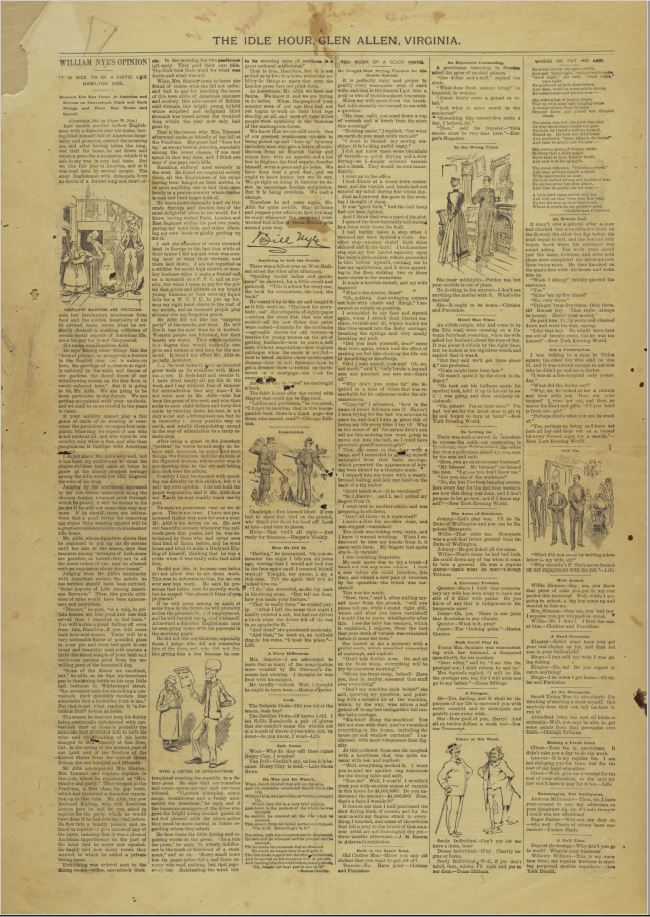 On January 4, 1912, Cussons died in his home of Forest Lodge at the age of 73, and the resort was closed and sold off.  After changing ownership several times—being repurposed first as a golf course and later as an apartment complex—Henrico County condemned the aged resort in 1986 before finally demolishing it in 1989.  A cupola made from architectural elements saved from Forest Lodge before its demolition still stands on Mountain Road, commemorating the lodge and its intrepid founder. 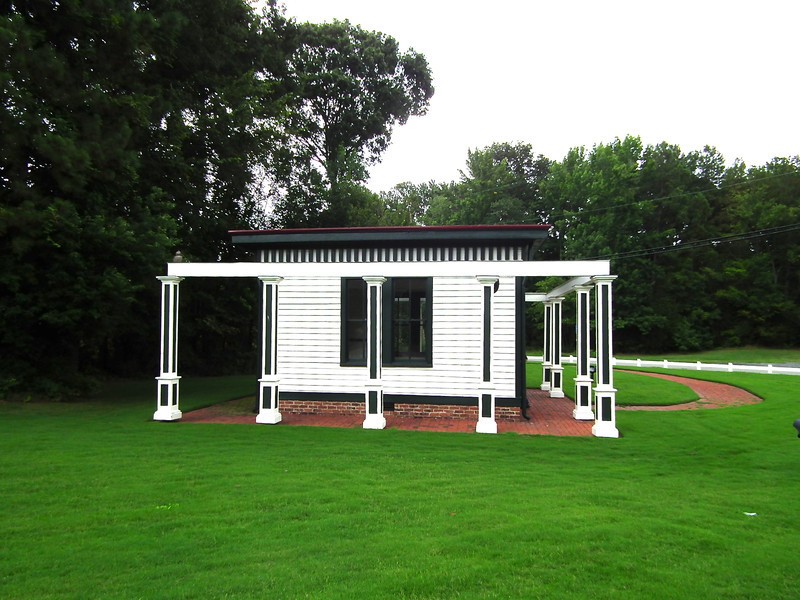