As part of an ongoing effort to give voice to nineteenth-century African Americans through digital projects like Virginia Untold and Virginia Chronicle, the Virginia Newspaper Project has identified nearly 500 advertisements posted by free African Americans during the antebellum era and the Civil War (c. 1800-1865) concerning their freedom papers. The example, below, was published in the Richmond Daily Dispatch on July 12, 1859: 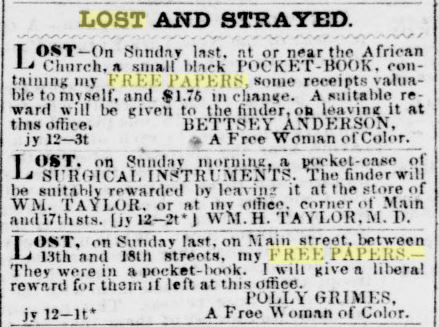 Freedom papers, or “free papers,” were protective documents that certified a free African American’s non-slave status.  Frederick Douglass, as usual, best explains the legal and personal significance of free papers to their bearers:

It was the custom in the State of Maryland to require of the free colored people to have what were called free papers. This instrument they were required to renew very often, and by charging a fee for this writing, considerable sums from time to time were collected by the State. In these papers the name, age, color, height and form of the free man were described, together with any scars or other marks upon his person which could assist in his identification. This device of slaveholding ingenuity, like other devices of wickedness, in some measure defeated itself—since more than one man could be found to answer the same general description. Hence many slaves could escape by impersonating the owner of one set of papers… The operation was a hazardous one for the lender as well as for the borrower.  Douglass, Frederick. Life and Times of Frederick Douglass, Written by Himself. pp. 245–246.

A free African American’s papers constituted a legal affidavit which identified him or her as a former slave who had been emancipated or manumitted by his or her owners.  Most importantly, freedom papers differentiated free African Americans from those enslaved, in order to protect them from capture by slave catchers hired to hunt the northern free states for fugitive slaves.

As Douglass relates, illegally obtained or forged freedom papers could help fugitive slaves during their attempts to escape to free states in the North, as this notice from the Richmond Enquirer in December 1841 shows:

It is saddening to imagine the hardships suffered by free people whose papers were misplaced or stolen.  There is no way to know how many had their advertisements answered and were able to reclaim their documents. Those who did not have free papers risked incarceration—in slave states like Virginia—for being in public without documentation of their status: 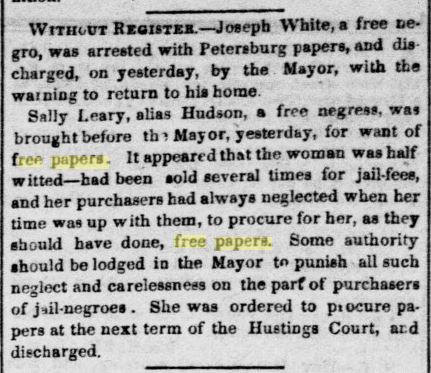 The Library of Virginia’s repository of digitized historical newspapers at Virginia Chronicle helps to provide a window into the arduous existence of African Americans, free and enslaved, during the antebellum period. The ads also reveal how newspapers, as an informational and social medium, impacted their lives.

The Library of Virginia has scanned and indexed over 7,000 freedom papers belonging to free African Americans which can be searched in its Virginia Untold collection. For more information about Free Negro Registers, we invite you to read the Out of the Box blog, History Restored: Free Negro Registers Conserved.

See the gallery below for more examples of newspaper advertisements about lost freedom papers, runaway slaves, incarceration, and even the U.S. military’s exercise of the Emancipation Proclamation and the Congressional Confiscation Acts: 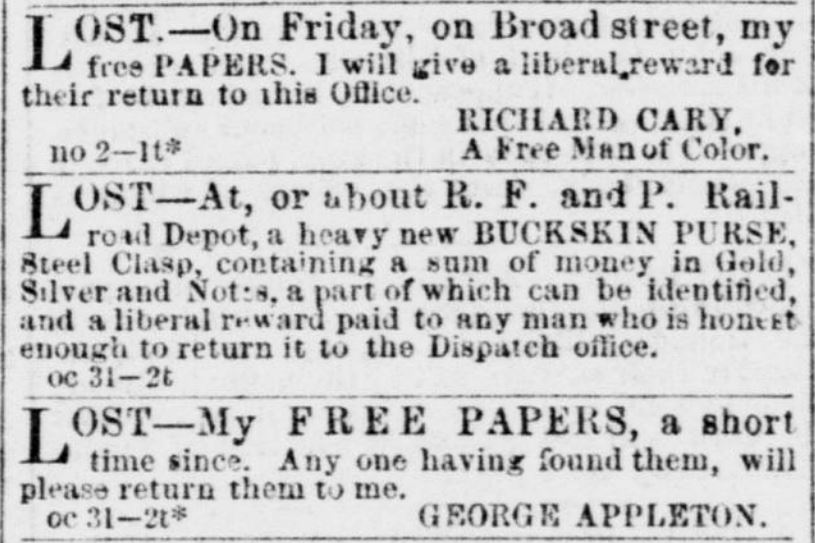 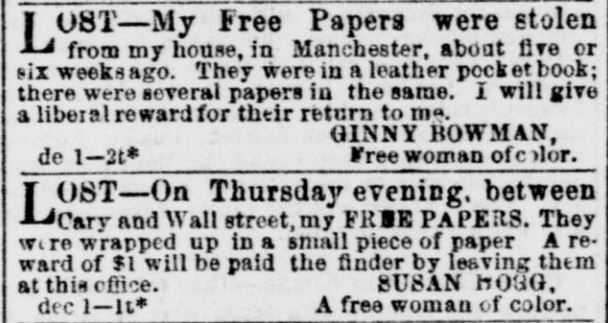 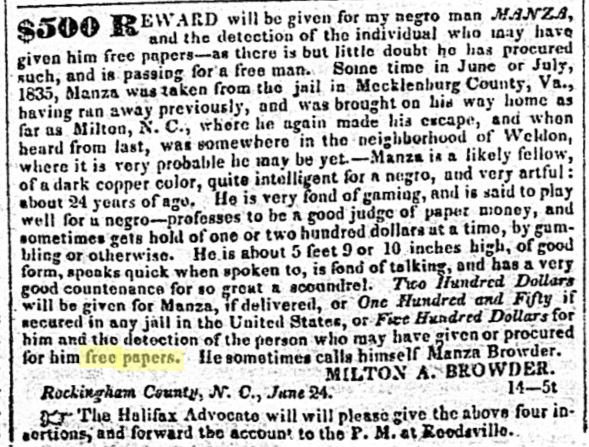 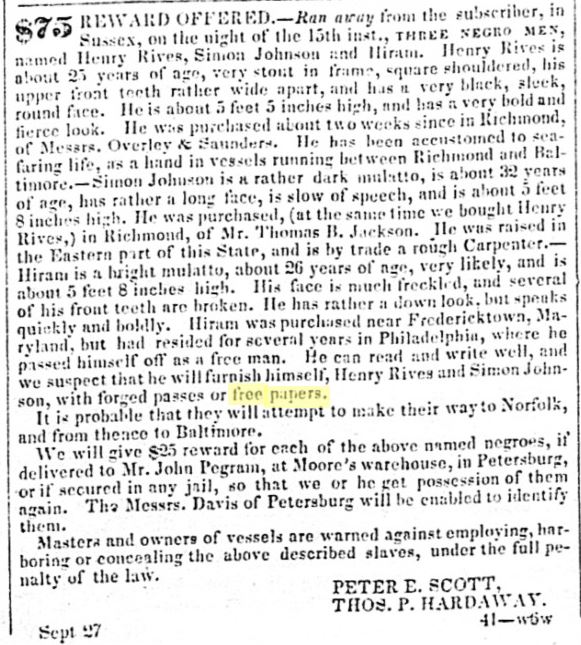 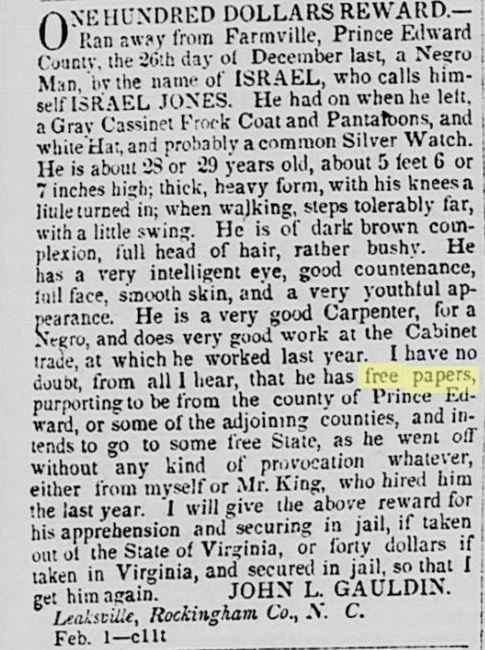 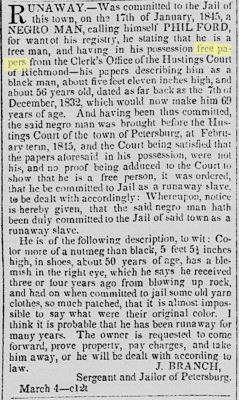 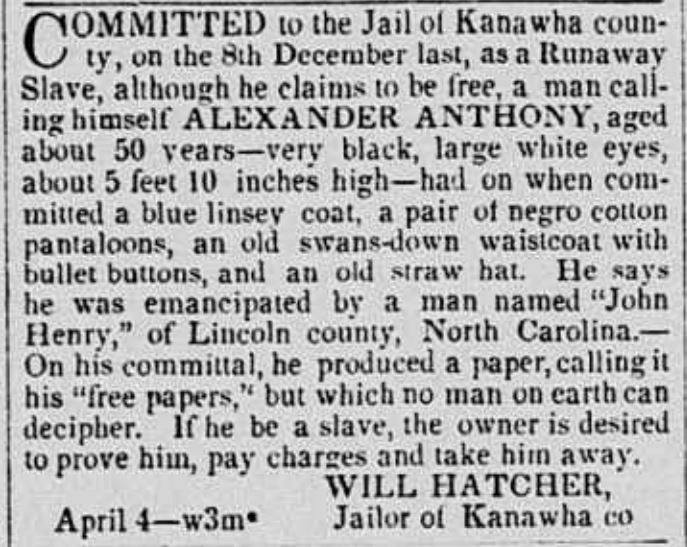 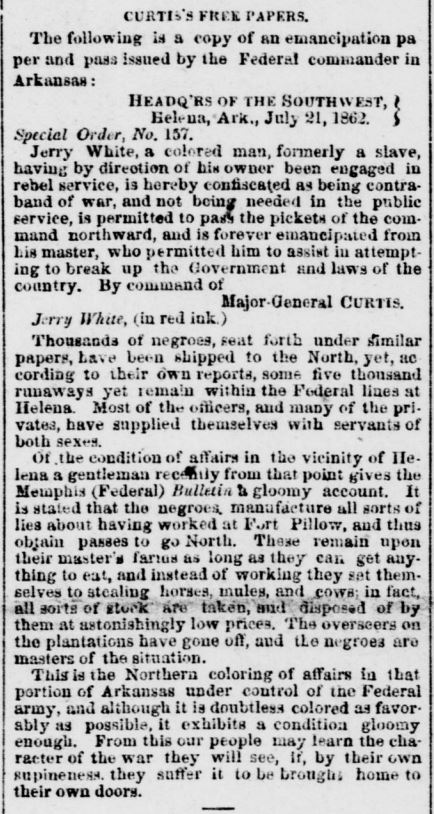 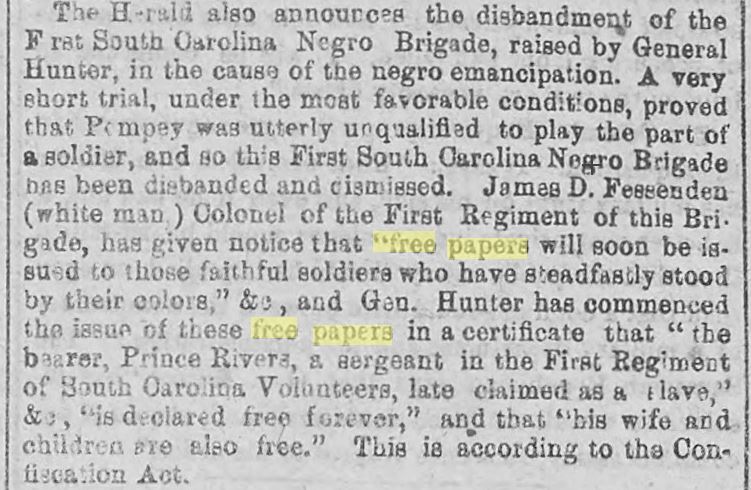 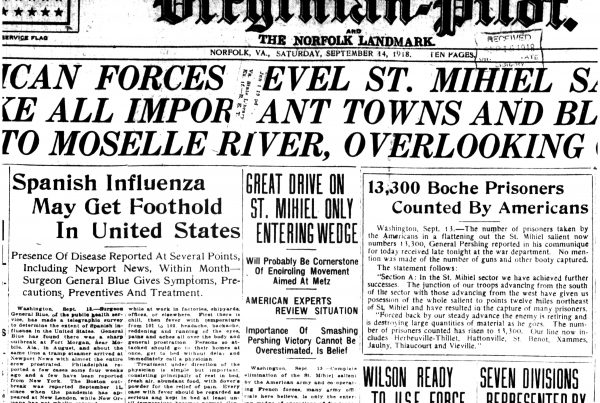 “More Americans Killed By Flu Than By Bullets”: Riding the Roller Coaster of the 1918–1919 Influenza Pandemic 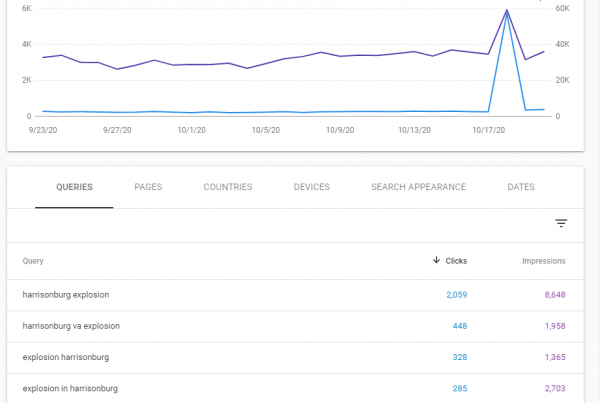