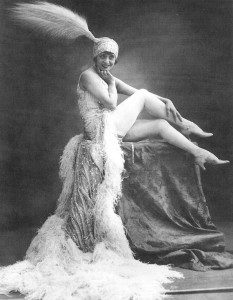 In recognition of the centennial anniversary of the Allies’ victory in World War I, the Newspaper Project remembers the “Queens of the Spy World Whose Intrigues Sway the Fate of Nations.”  As this melodramatic article published in 1918 by The Sun (New York, NY) demonstrates, women spies not only were instrumental in the gathering of military secrets but also made for sensational headlines on the homefront.  In “Queens of the Spy World,” The Sun compared the often tragic and short-lived espionage careers of Germany’s female agents during The Great War.

Germany’s extensive Wilhelmstrasse spy service included such femmes fatales as Felice Schmidt, Mlle. Sumey Depsy, Mata Hari, and Mme. Despina Storch.  The article describes how these women spies infiltrated the governments of the Allies by posing as teachers, courtiers, dancers, courtesans, and even the occasional fruit vendor.  Schmidt, for example, had herself exiled from Germany as a “suspicious character” in 1915, so that she could establish herself in London in an ultimately unsuccessful attempt to seduce Britain’s Secretary of State for War, Horatio Herbert Kitchener.[1]  In The New York Evening World’s “Stories of Spies” section, Felice Schmidt – The German Spy Sent to Tempt Kitchener, reporter Albert Terhune elaborated on Schmidt’s story.  After realizing that it was impossible to pry military secrets out of Kitchener, Schmidt instead insinuated herself in Marseilles as an apple seller, so that she could study the French artillery.  After being caught by the French police while making a sketch of their guns, she was tried as a spy and put to death.[2]

One of the Allies’ most famous female spies was British nurse Edith Cavell, who was executed by the German military for helping some 200 Allied soldiers escape from German-occupied Belgium.  Her death by firing squad was met with universal outrage and received extensive coverage in the international press.[3]   In 1920, two years after the war’s end, a memorial was erected in London in honor of Cavell’s heroic sacrifice—see Cavell’s Memorial is Unveiled in British Capital—and her story was even reenacted in an opera: Opera House – The Edith Cavell Case. [4-5]

In 1915, the New-York Tribune published “How America Reacts to Edith Cavell’s Death,” in which journalist Ruth Dunbar took the opportunity provided by the salience of Cavell’s story in the public forum to discuss the differing ideals of morality and justice for women and men in 20th-century American society.  Contrasting a multitude of reactions to Cavell’s death from judges, psychiatrists, deans, and other public figures, Dunbar concluded,

When men are more inclined than women to set aside cold justice in the case of a woman and substitute a warmer sentiment of chivalry, it suggests the fact that sometimes men who deny women equal rights with themselves are the first to demand special privileges for women in a case of this kind.[6]

American newspapers such as The Washington Herald also reprinted news stories relating to the operations of the Allies’ female spies in Europe, such as in the 1916 article Woman Spy Carries Secrets in Bandages.  The Herald related a story originally reported by The Growler, an impatient Canadian military newspaper in the “Fire Trench West of the German Lines” in war-swept Flanders: “On the Swiss-Austrian frontier…the regulations are very strict.  Women passengers are always more closely examined than the men.”  The German military, which employed far more female spies than did the Allies, clearly better understood the dangers that women could pose to wartime operations.  “The other day they caught one with her arm in a sling—a fractured arm set in plaster.  Despite her tears and supplications they remove the plaster and brought to light an arm as sound as a bell all bandaged with documents of military information.”[7] 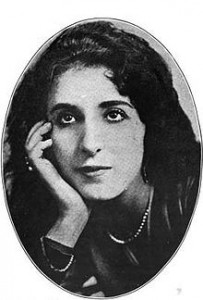 One of Germany’s most successful female spies was Madame Despina Davidovich Storch.  In “Madame Storch – Vampire & Female Spy,” The Washington Times serialized Storch’s exploits as “one of the most valued and highly paid spies in the German Secret Service.”  The Times reported, “Seven years ago…Storch began her sinister career as a German spy.” “To Paris, to Petrograd, to London…wherever diplomatic secrets were to be beguiled out of legation officials or military information was to be procured from…officers, there Mdm. Storch was sent.”

The Times credited Storch for “[h]er enlistment of the pretty dancer, Mlle. Mata-Hari, as a spy and the latter’s execution by a firing squad,” “the debauchery of [French actress-turned-spy] Mlle. Susy Depsy and this young woman’s tragic fate as a spy,” and various other intrigues in a short but nefarious career “which left an international trail of scandal, suicide, ruined lives and executions at the hands of firing squads in all the great capitals of Europe.”[8]

In 1922, The Ogden Standard-Examiner (Ogden, UT) printed Mistinguett’s Heroic Sacrifice for Love & France.  The article, which reads like a Noir spy novel, relates the wartime adventures of “Beautiful Parisian Actress” Jeanne Bourgeois, known on stage as Mademoiselle Mistinguett, who was reluctantly drafted into the French spy service.  In exchange for her help in “wheedling precious military secrets from high German officers” her government promised to rescue her “sweetheart,” Maurice Chevalier, from a Spanish prison camp.

Mistinguett at the Moulin Rouge

The author contrasted Minstinguett’s admirable story of self-sacrifice with that of infamous exotic dancer and German spy Mata Hari.  “Hari, the fascinating Javanese dancer who is believed to have broken more hearts than any other woman in modern times, and whose spectacular career as a spy in the service of Germany was at last ended by her capture and execution by the French,” serves as a foil for Mistinguett’s courage and patriotism.[9]

One of the most intriguing examples of female spycraft during World War I is that of Maude Muller, who told the story of her unexpected foray into espionage in a 1918 Washington Times article, entitled, “Thrilling Experiences of a Woman Spy Who Ran Down German Operators.”  Muller narrated humbly, “I have little of the spirit of adventure in my make-up and, up to the time when this story begins, I should have laughed at the suggestion that I might ever become a ‘secret service operative’—a woman spy.”  Muller’s story began while on holiday in Canada, when she was offered a mission by a colonel in the British secret service.  Despite her lack of experience, the colonel tasked Muller with gaining the trust of an elevator operator—alias “Jack King”—working at the Toronto hotel at which she was staying.  As Muller tells it, her naiveté and inexperience “disarmed suspicion,” enabling her to clandestinely track King and one his co-conspirators in order to determine the method by which they exchanged information and report them to her handlers.  Despite her lack of formal training, Muller wrote proudly, “I have been principally instrumental in bringing about the exposure and arrest of seven German spies in the Dominion of Canada.”[10]

By far the most infamous of Germany’s WWI-era women informants was Margaretha Zelle, a Dutch exotic dancer and courtesan who sold secrets garnered from her string of affairs with high-ranking military officers and influential politicians from many countries.  Originally from the Netherlands, Zelle married a Dutch Army captain at the age of 18 and moved to the Dutch East Indies (present-day Indonesia), where she lived for several years.  Quickly tiring of marriage to an abusive alcoholic twenty years her senior, Zelle moved to Paris in 1903 and began her short-lived career as a stage performer.

Zelle quickly achieved popularity as an exotic dancer by fabricating a persona for herself as the provocative Javanese beauty “Mata Hari.”  Zelle’s Dutch and Indonesian background evidently made her appear sufficiently “Oriental” to convince her Parisian audiences that she had actually studied the sacred Indian art of belly-dancing.  Zelle initially shared information with the French military intelligence bureau in exchange for visitation rights with her long-time lover, Captain Vadim Maslov—a Russian pilot serving with the French on the Western Front—while he recuperated in a French military hospital.  After her dancing career began to wane, however, Zelle offered to sell French secrets to the Germans instead.[11]  According to “Women Spies Are Selfish” by The Spanish America (Roy, NM), Mata Hari’s “beauty and wit enabled her to ensnare many officers, from whom she learned military plans which were of value to the German war ministry.”  With indisputable proof that she reported the information that she solicited from her many unwitting lovers to the German Secret Service, Hari was imprisoned by the French police and sentenced to death by firing squad on October 15, 1917.[12]

The following articles can be found on the Library of Congress’ historical newspapers database at https://www.loc.gov/rr/news/topics/femalespies.html