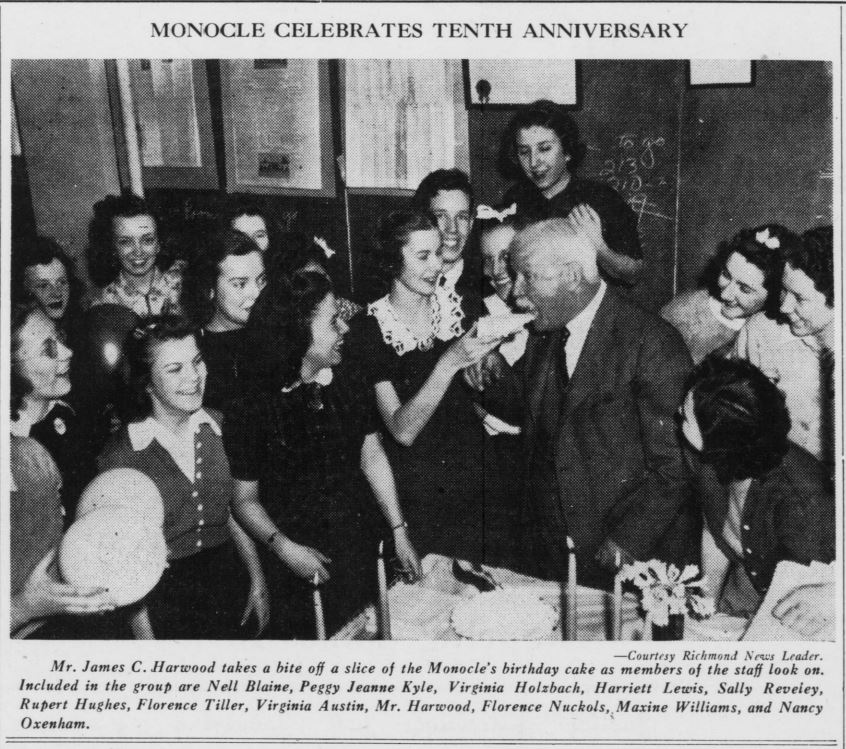 A Talent at the Starting Gate: Nell Blaine and the Monocle

Richmond’s John Marshall High and its outstanding student newspaper, the Monocle, have had a lot to be proud of over the years and a recent Style article reminded readers of just that, with a story on prominent artist and John Marshall alum, Nell Blaine.

Born in Richmond in 1922, Blaine attended John Marshall High during the late 1930s and worked on the Monocle’s editorial staff, contributing writings and illustrations. Known as a visual artist, her writings in the Monocle convey serious talent on the literary front as well. She also worked on other student publications, including the Recorder and El Aguila, a Spanish language newspaper created by John Marshall’s Spanish Club.  Below is an excerpt of one of her articles published in the Feb. 10, 1939 issue of the Monocle: 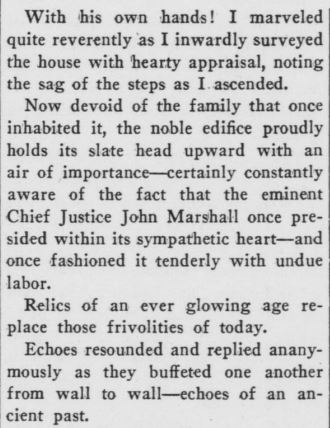 As an eminent “Marshallite,” Blaine’s name appears in the Monocle many times over the years from 1937 until well into the 1960s. To be exact, a search of “Blaine” in the Monocle in LVA’s Virginia Chronicle database turns up over forty articles written by or about her.  Long after Blaine’s graduation, the paper continued to report on aspects of her life from her rising art career to a bout with polio in 1959. Check out the Monocle on Virginia Chronicle today! 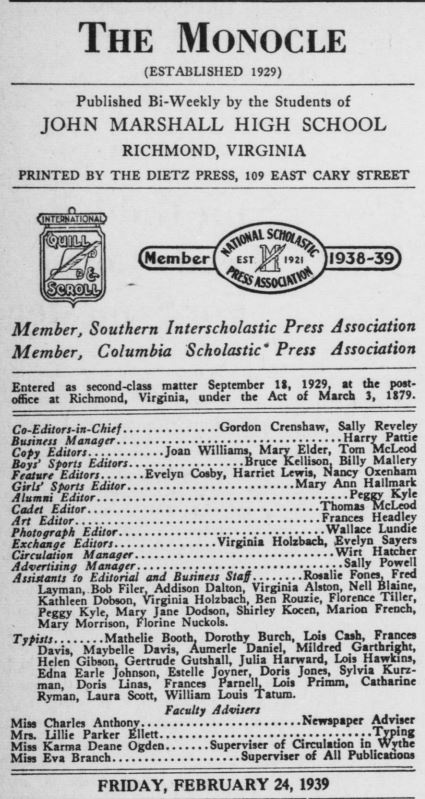 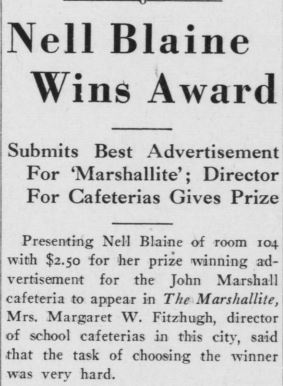 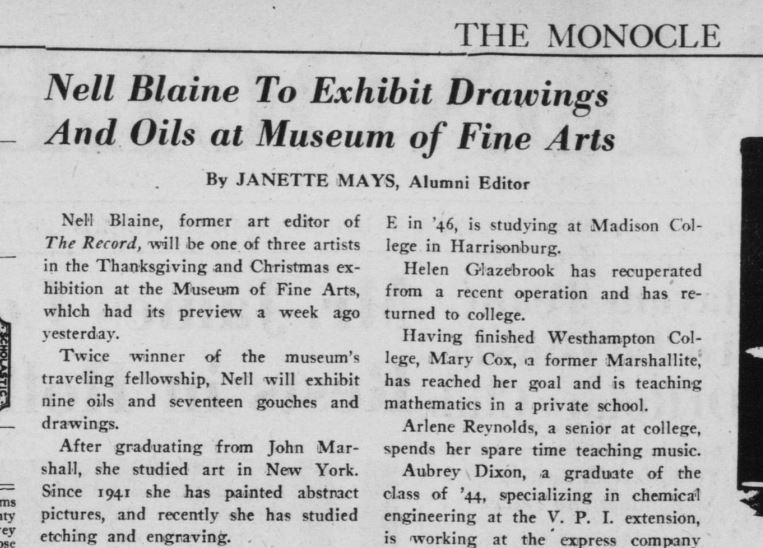 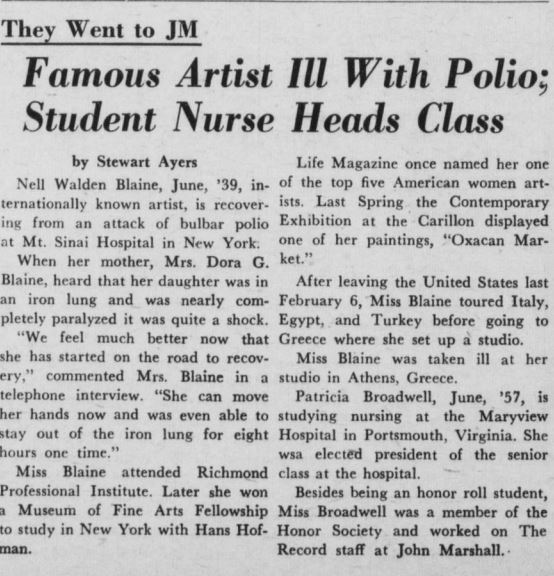