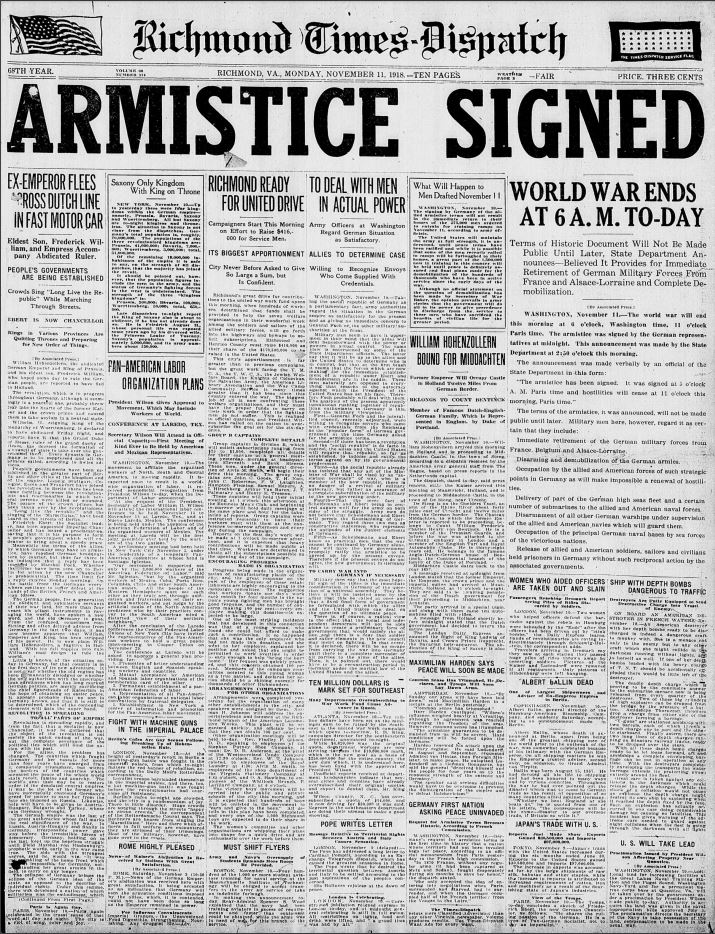 From Virginia Chronicle, One Century Ago: Three Dailies & Four Weeklies Report the End of the Great War

“It was a few minutes before the eleventh hour of the eleventh day of the eleventh month. I stood at the window of my room looking up Northumberland Avenue towards Trafalgar Square, waiting for Big Ben to tell that the War was over. . .And then suddenly the first stroke of the chime. I looked again at the broad street beneath me. It was deserted. From the portals of one of the large hotels absorbed by Government Departments darted the slight figure of a girl clerk, distractedly gesticulating while another stroke of Big Ben resounded. Then from all sides men and women came scurrying into the street. Streams of people poured out of all the buildings. The bells of London began to clash. Northumberland Avenue was now crowded with people in hundreds, nay, thousands, rushing hither and thither in a frantic manner, shouting and screaming with joy. I could see that Trafalgar Square was already swarming. Around me in our very headquarters, in the Hotel Metropole, disorder had broken out. Doors banged. Feet clattered down corridors. Everyone rose from the desk and cast aside pen and paper. All bounds were broken. The tumult grew. It grew like a gale, but from all sides simultaneously. The street was now a seething mass of humanity. Flags appeared as if by magic. Streams of men and women flowed from the Embankment. They mingled with torrents pouring down the Strand on their way to acclaim the King. Almost before the last stroke of the clock had died away, the strict, war-straitened, regulated streets of London had become a triumphant pandemonium. At any rate it was clear that no more work would be done that day.” 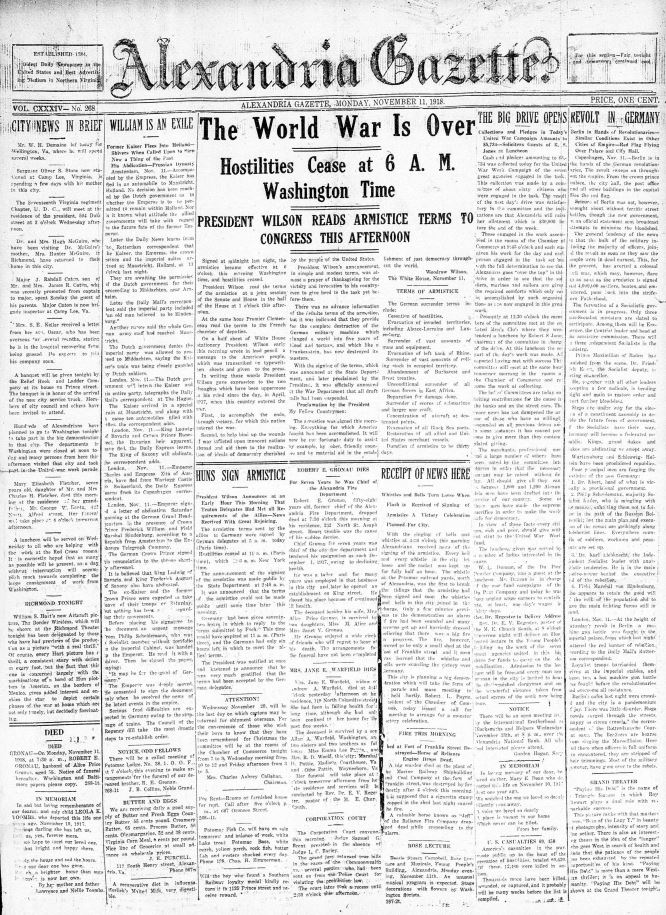 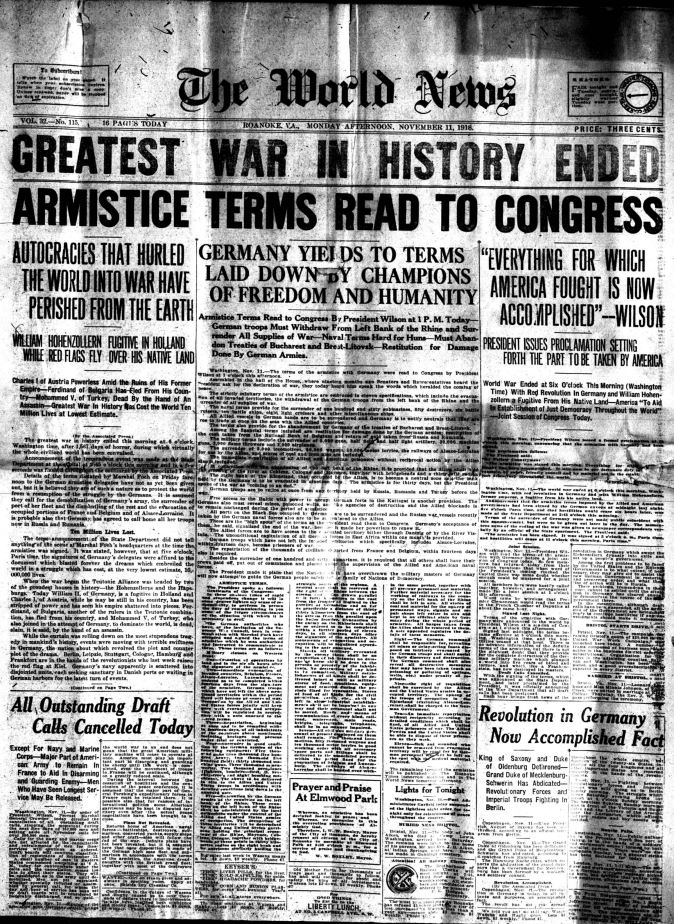 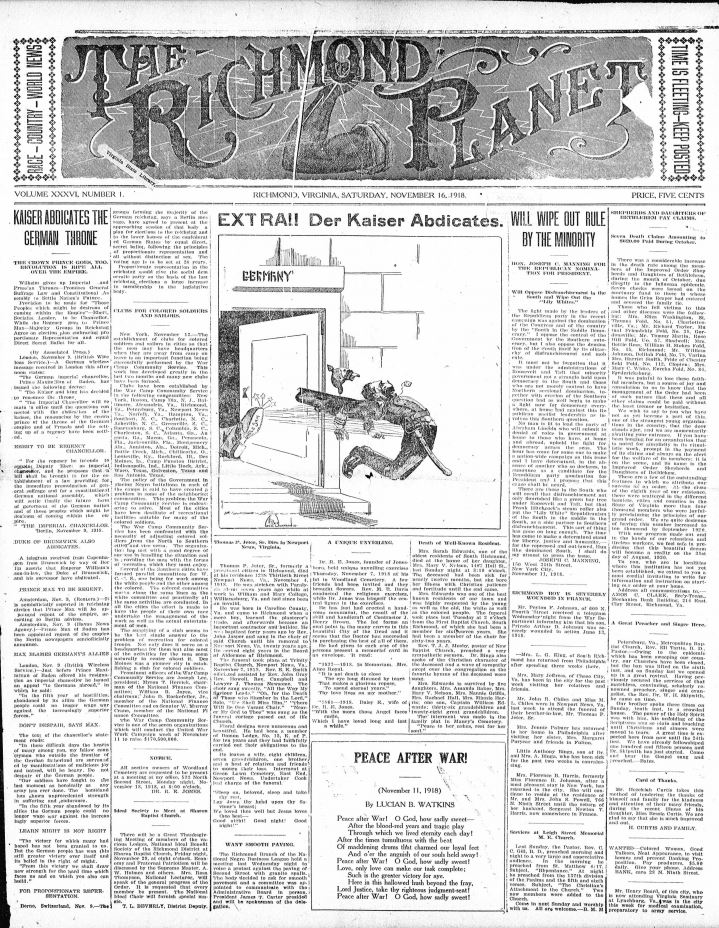 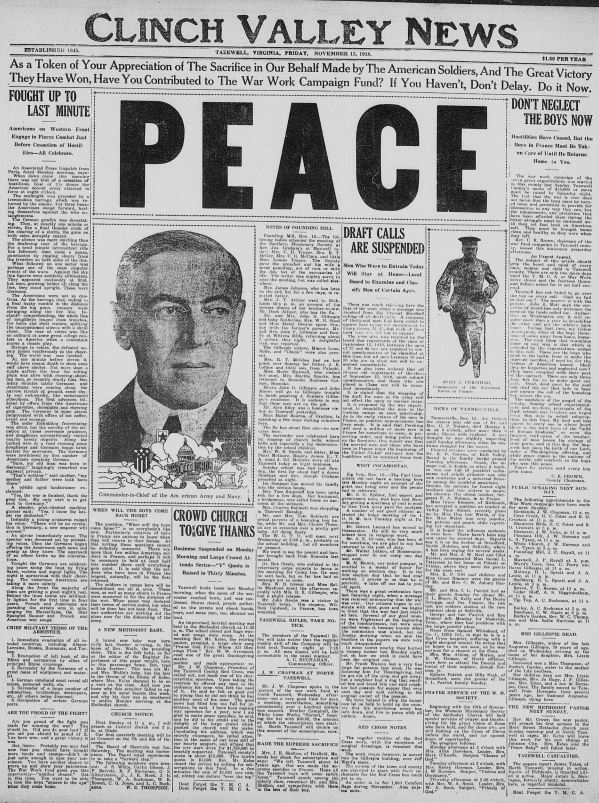 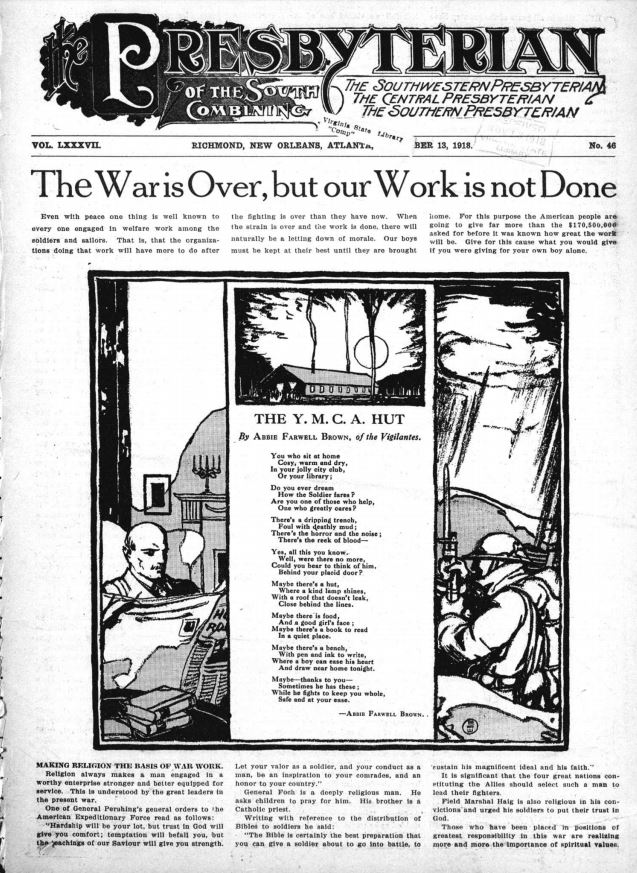 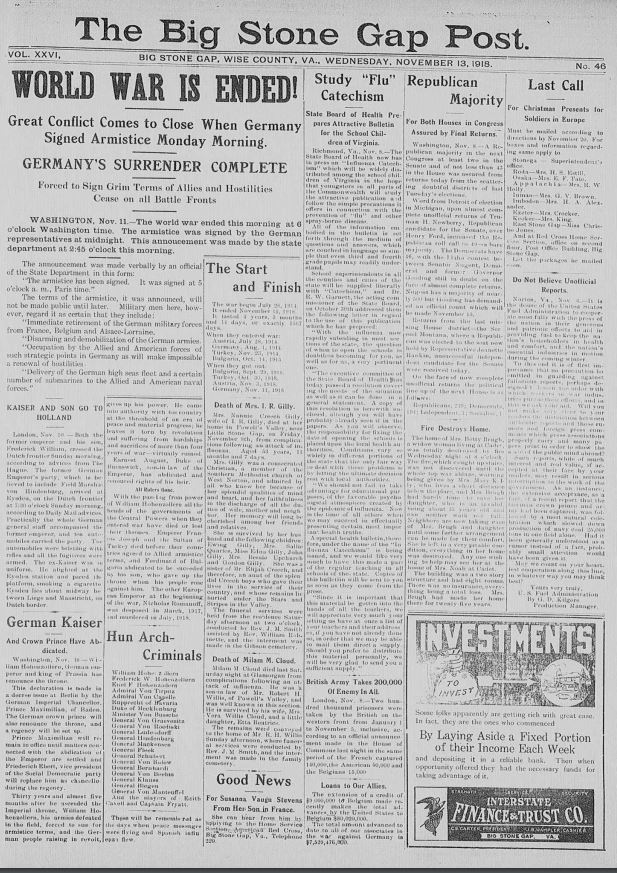 Spanning (and Scanning) the Commonwealth: New to Virginia Chronicle

‘Recreational warriors’ of the Gridiron: The Olympia Football Squad