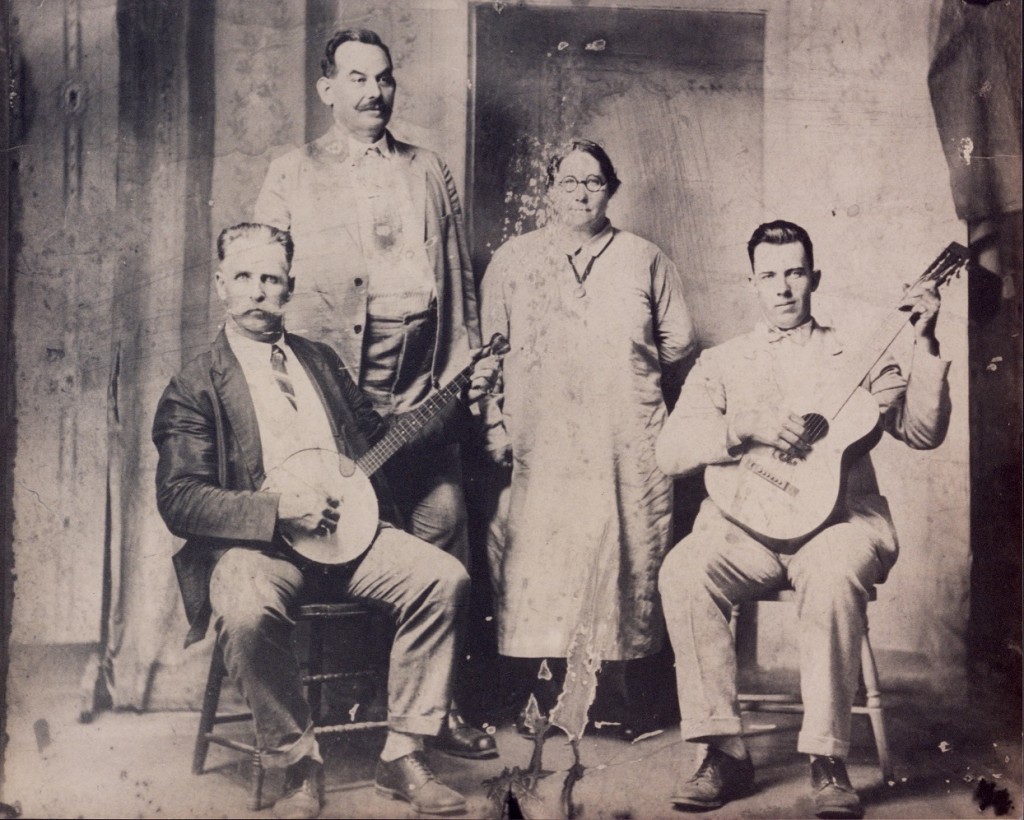 The Musical Million: The Ruebush-Kieffer Company, Singing Schools, and the Birth of Southern Gospel

The close of the American Civil War brought two young men back to a devastated Shenandoah Valley and an uncertain future. Aldine Silliman Kieffer had joined the Tenth Virginia Volunteer Infantry and campaigned with the Army of Northern Virginia until his capture and imprisonment in 1864. Waiting to greet him on his release from Fort Delaware was his brother-in-law and friend, Ephraim Ruebush, who had served in the Union Army. The war divided many Valley families, but Kieffer and Ruebush put the past aside and renewed their friendship.

Before the war, both had worked for Kieffer’s grandfather, the pioneering Mennonite music publisher and singing master Joseph Funk. Now Funk was dead and the business lay in ruins. These two men would revive Funk’s legacy and build a company that was the foremost publisher of sacred shape-note books in the nineteenth century South: the Ruebush-Kieffer Company of Singer’s Glen and later Dayton, Virginia, in Rockingham County. To honor that legacy, the Library of Virginia’s Virginia Chronicle website has launched a fully searchable run of the company’s music journal —The Musical Million: A Journal of Music, Poetry, and Chaste Home Literature. We give special thanks to Eastern Mennonite University and Simone Horst for facilitating the digitization of their copies of the journal. The Musical Million spread the Gospel of congregational shape-note singing far and wide and laid the groundwork for the proliferation of singing schools across the South.

Shape-note hymnody came about because of a practical problem—Protestant denominations became convinced that the people of the church should praise the Lord through song, but how to accomplish this end was uncertain. Churchmen had long puzzled over how to lead congregational singing among the untutored and often illiterate. The first solution was the lining of songs, a style that goes back to British practice in the seventeenth century. A church leader would chant a line of the hymn and the congregation would respond, repeating the line. Old Regular Baptist congregations in the mountains of Virginia and other Appalachian states still practice this style of singing. Even early Anglicans sang in this manner.

In 1711, William Byrd of Westover recounted his congregation “began to give in to the new way of singing Psalms” rather than lining. Although folklorists consider the lining style haunting and eerily beautiful, churchmen such as American clergyman Thomas Walter looked askance at the “Old Way” of singing. He charged that the tunes were “miserably tortured, and twisted, and quavered, in some churches, into an horrible medley of confused and disorderly noises.” High church folks, drawing on art music of Continental Europe, saw it as “uncouth” and “discordant.” To hear an example, visit: Gregg Kimball: Songs and Stories.

Another solution arose in the in the late-eighteenth and early nineteenth century among various New England ministers and music teachers.

They began to develop a system of using shapes to indicate the intervals in the musical scale. This notation gave different shapes to notes of different pitch, making it possible for untrained singers to read the music. In the nineteenth century this type of singing system spread to the South and became prevalent there in Protestant churches long after it had died out in New England. 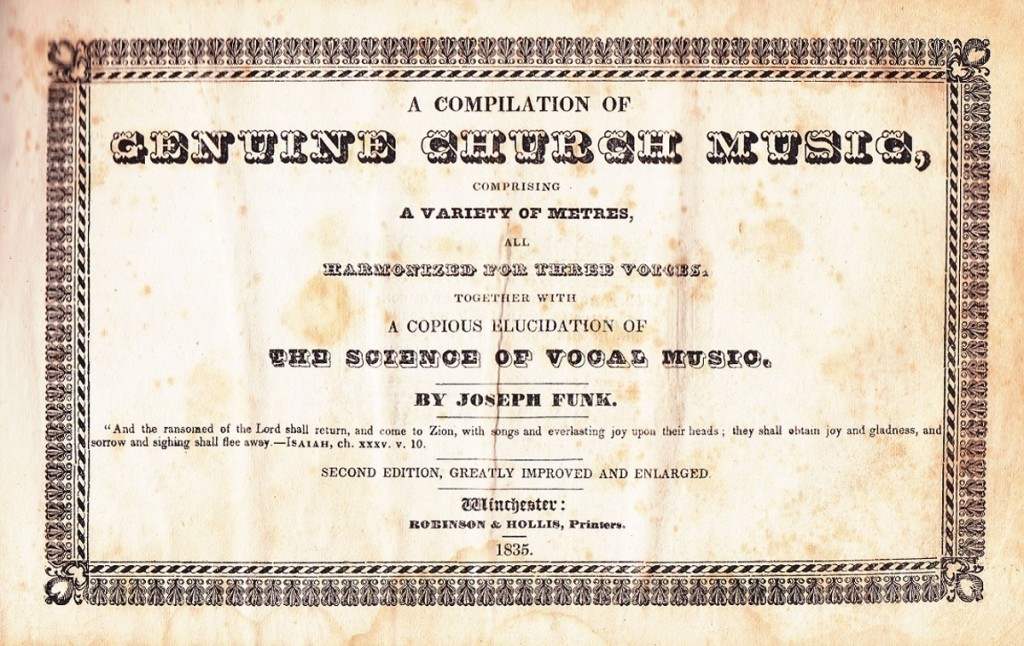 Funk’s A Compilation of Genuine Church Music, published in 1832 at Winchester, appeared in English, as did all subsequent editions of the work. His hymnal, issued from 1851 onward as Harmonia Sacra, went through no fewer than twenty-five editions, with more than 80,000 copies sold. Funk passed on important aspects of his legacy to Kieffer and Ruebush. Funk established his own press in 1847 near Harrisonburg, becoming the first Mennonite publisher in the United States.

Funk also published a sixteen-page monthly periodical entitled The Musical Advocate and Singer’s Friend, clearly a model for The Musical Million, which is available on Virginia Chronicle as well. Funk’s Harmonia Sacra lives on in the twenty-first century; the book is still in use by Mennonites today. Funk also adapted and popularized the seven-shape note system of Jessie Aiken, which stood in contrast with the older four-note system favored by adherents to the hymnal The Sacred Harp. Fierce wars of words broke out in the late nineteenth century between advocates of each system, and Aldine S. Kieffer was a key soldier in the fight. By the late nineteenth and most of the twentieth century, seven-shape books were the standard in most of the South. 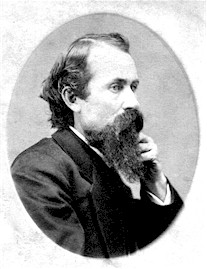 Ruebush and Kieffer had a profound influence as they set about expanding on their founder’s legacy. Beginning with Kieffer’s Patent Note Publishing Company in 1870 and his business reunion with his brother-in-law Ruebush in 1872, the company produced a journal espousing the cause of shape-note musical instruction.

The wide influence of The Musical Million can be seen in the “Names of New Subscribers” section of the journal which list followers from every southern state as well as California and even Canada and other foreign countries.

The Musical Million and the company’s other publications supported a vigorous program of proselytizing the musical message of shape-notes and improving religious singing in a variety of settings. It also had an obvious moral and spiritual purpose as evidenced by the publication’s subtitle: A Journal of Music, Poetry, and Chaste Home Literature. The journal carried advertisements for the company’s many songbooks. The Temple Star, by far their most successful, sold more than a half a million copies according to a history published by the company. 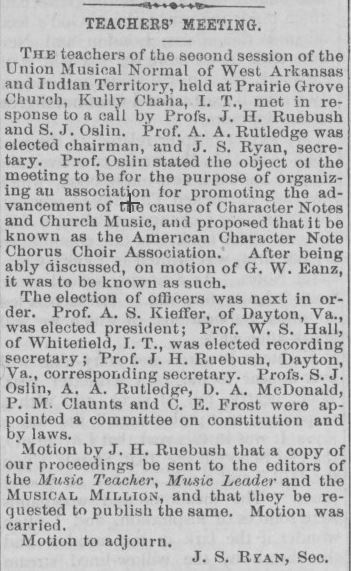 The Musical Million also supported the company’s Virginia Normal Music School, founded in 1874 in New Market, Virginia, probably the first broad-ranging teachers’ school of music in the South. The school followed the publishing operation to Dayton in 1880 and held classes in the buildings of Shenandoah Seminary, developing a close relationship that would eventually see the two institutions merge. Ruebush, Kieffer, and the school’s principal instructors also traveled widely in the South to organize and conduct schools. November 1890 found Aldine Kieffer and several of his professors at the Union Musical Normal of West Arkansas and Indian Territory organizing an organization to promote shape note singing in that region.

The normal school in Dayton produced music teachers and publishers who would become giants of the gospel publishing industry. Anthony Johnson Showalter trained with and worked for Ruebush-Kieffer before founding his own influential publishing house in Dalton, Georgia. Ephraim T. Hildebrand became one of the firm’s finest teachers and students, and was the key figure in developing the talents of a man known as the Father of Southern Gospel—James D. Vaughan, whose company in Lawrenceburg, Tennessee, became a pioneer in gospel publishing. Vaughan had published one of his first gospel compositions in a Ruebush-Kieffer publication, Crowning Day, no. 2 in 1896, and Ephraim Timothy Hildebrand, one of the Normal School’s most successful graduates and an early Kieffer protégé, was one of Vaughan’s primary mentors. Vaughan even named his second child Glenn Kieffer Vaughan. Vaughan’s publishing house in Lawrenceburg, Tennessee, replicated the model of Ruebush-Kieffer and also hosted the Vaughan Normal School of Music. Vaughan’s enterprises also included a radio station, a record label, and as many as sixteen traveling gospel quartets spreading the word of God and pushing the sales of the publications of Vaughan Publishing. 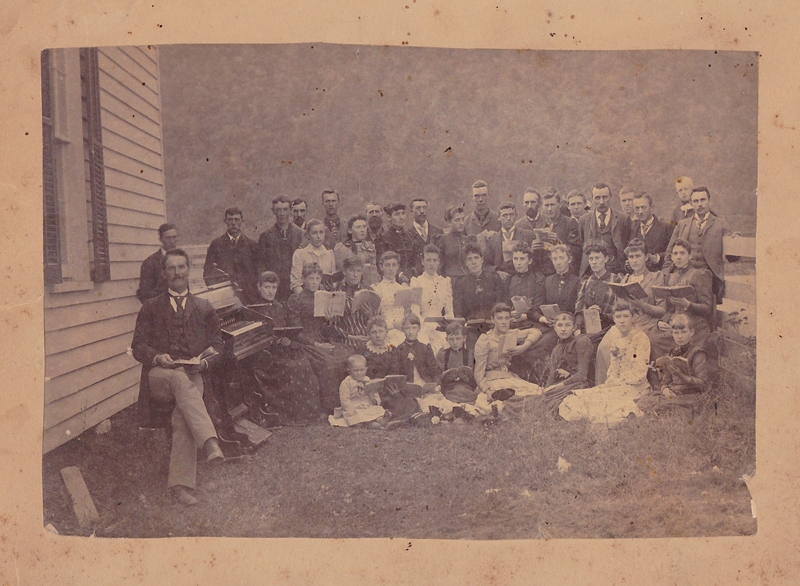 While the Dayton school produced numerous giants of Southern Gospel, the company’s primary audience was the amateur singer and the typical family and community—the “Musical Million.” The singing school and the sacred singing convention became important southern social and religious traditions. Kieffer organized Grand Institutes in Rockingham County for training singing-school teachers and the school’s teachers frequently fanned out into the local countryside to teach singing schools. Ephraim’s son James Hott Ruebush, associate editor of The Musical Million from 1886 until his retirement in 1936, often taught locally. 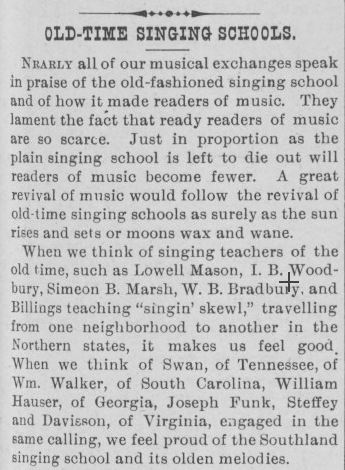 The graduates of these schools produced itinerant “professors” and singing masters who went to every corner of the South holding singing schools in local schools, halls, and churches. The Tri-State Singing Convention, one of the oldest in Virginia, is still held yearly in Big Stone Gap. 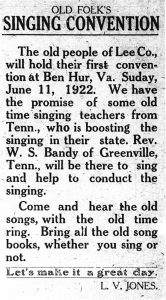 One of the few reflections of how local people sang the hymns and gospel songs included in The Musical Million and the old tune books are the recordings of  Bela Lam and His Greene County Singers. In 1927, John Evans, a furniture-store owner and record distributor in Elkton, Virginia, recommended the Lams to officials at Okeh Records in New York. Okeh, a pioneer in the recording of folk music, often acted on the recommendation of local distributors.

The group was brought to New York in 1927 and paid all expenses plus fifty dollars for each of the released songs from their session. They recorded again in 1929 in Richmond, Virginia, releasing in total fourteen songs on the Okeh label. They epitomized the singing school tradition that Ruebush and Kieffer vigorously promoted.

Zandervon Beliah Lam was born in Page County, Virginia. He lived on Naked Mountain with his wife, Rose Meadows, also a Page County native, and their son, Alva. After the mill where he worked closed, Lam moved his family over the Blue Ridge Mountains into neighboring Greene County. There, with Rose’s brother John Paul Meadows, they farmed and raised livestock. “Beelie,” as he was known in the community, organized the family into a quartet, and eventually they began playing at Sunday schools, church gatherings, revivals, and other local social events.

The Lam’s repertoire was made up entirely of religious songs and Victorian moral and sentimental songs. One of their Okeh recordings, “Tell It Again,” appears in the June 1, 1880 issue of The Musical Million. Such songs give us a sense of how common folk translated the printed notes into performance. Listen to “Tell it Again” here: 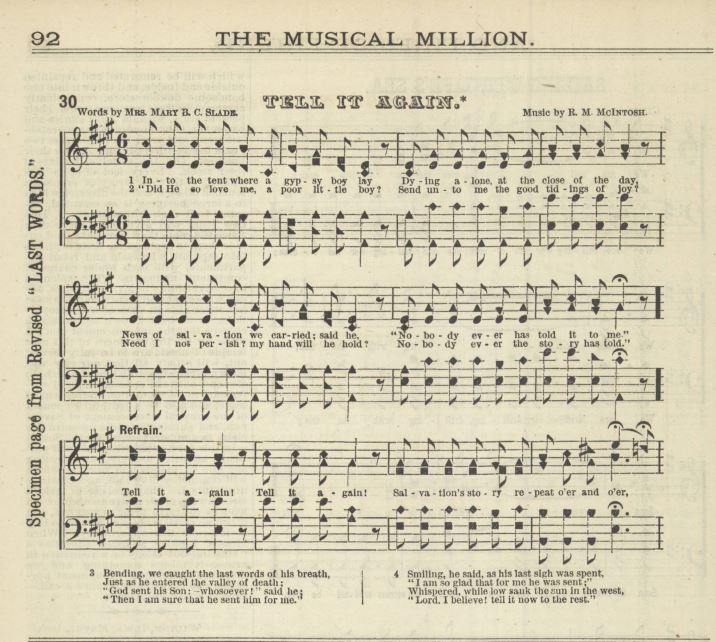 The Musical Million makes for fascinating reading and provides a window into the religious, moral, and cultural landscape of rural Virginia and the South. The Library of Virginia is delighted to make it again available to the “million” on Virginia Chronicle!