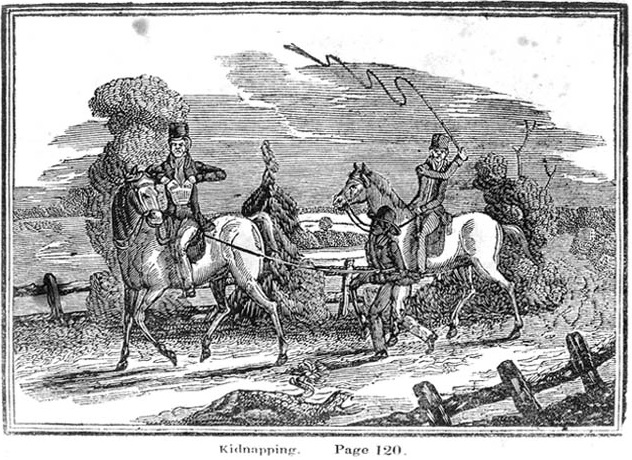 What a Difference a Day Makes: Serendipity in the Reading Room

The Library of Virginia employs both reference archivists and processing archivists. Reference archivists work exclusively with the public—the Library’s front line. Processing archivists work behind-the-scenes to arrange, conserve, and describe the collections—whether private papers, state records, or local government materials. Large-scale gatherings such as conferences afford the Library’s archivists an opportunity to work together, as it is all hands on deck for major events.  In October 2015, the Afro-American Historical Genealogical Society (AAHGS) held its 36th annual national conference in Richmond.  The Library of Virginia hosted AAHGS members for several formal and informal events during the conference.

While volunteering with the reference staff during the conference, I had a chance meeting with one of the Library’s long-time patrons, James Bundick.  Mr. Bundick resides in Philadelphia but is researching his family in Accomack County, Virginia.  He traveled for years to the Accomack County courthouse for his research, but now he and his wife are happily ensconced at the Library. While making copies of chancery related documents for his research, I introduced myself. I then proceeded to tell him about a story that I had discovered a few weeks earlier while processing Accomack County chancery causes. Given the coincidence of the same last name, I felt that there was a relationship between him and the individual in the story.

There is a debt suit, Jacob Warner v. George Lilleston, 1818-010, which mentions Reuben Bundick, born a free person of color in Accomack County. Between 1815 and 1818, slavers kidnapped Reuben Bundick from the streets of Philadelphia and sold him as a slave in Georgia. At the time, Philadelphia was the closest free city to the South. Most likely, the person or persons abducted Bundick, destroyed his papers, and took him south against his will. Bundick then instituted a suit in Jackson County, Georgia, for his freedom. His mother, Patience Bundick, convinced the defendant in the Accomack County suit, George Lilleston, to attend her son’s trial and serve as a witness for his defense. The plaintiff, Jacob Warner, became her security for payment of Lilleston’s expenses. In his answer, Lilleston claimed Reuben obtained his freedom and took credit for bringing Reuben back to Accomack County.

Woodcut of the kidnapping of freeman 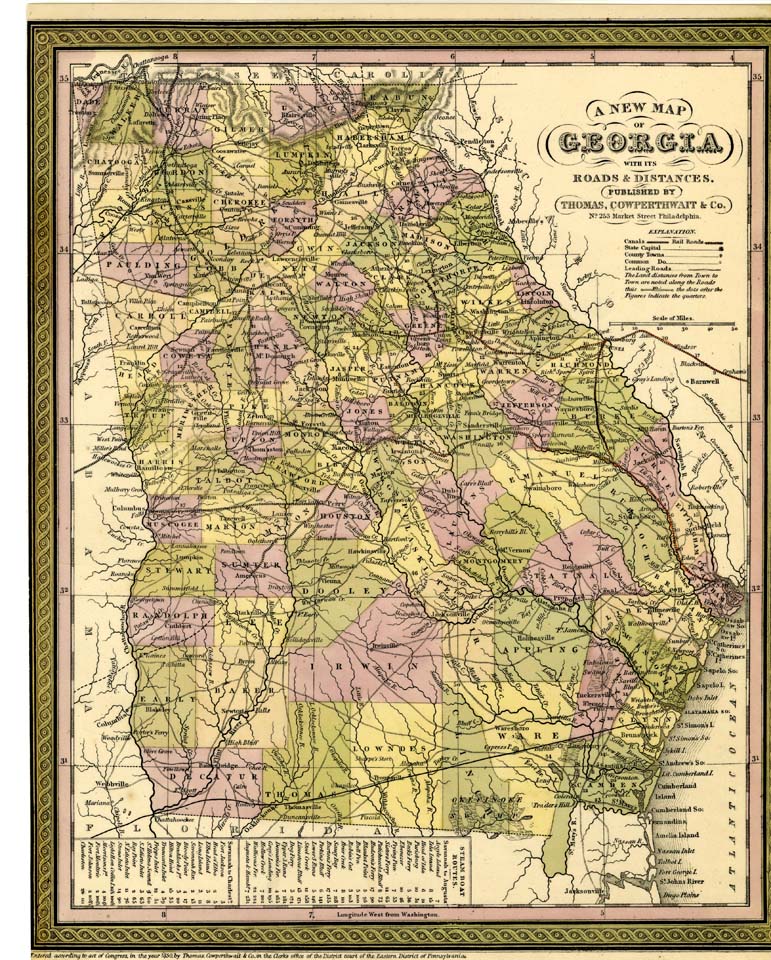 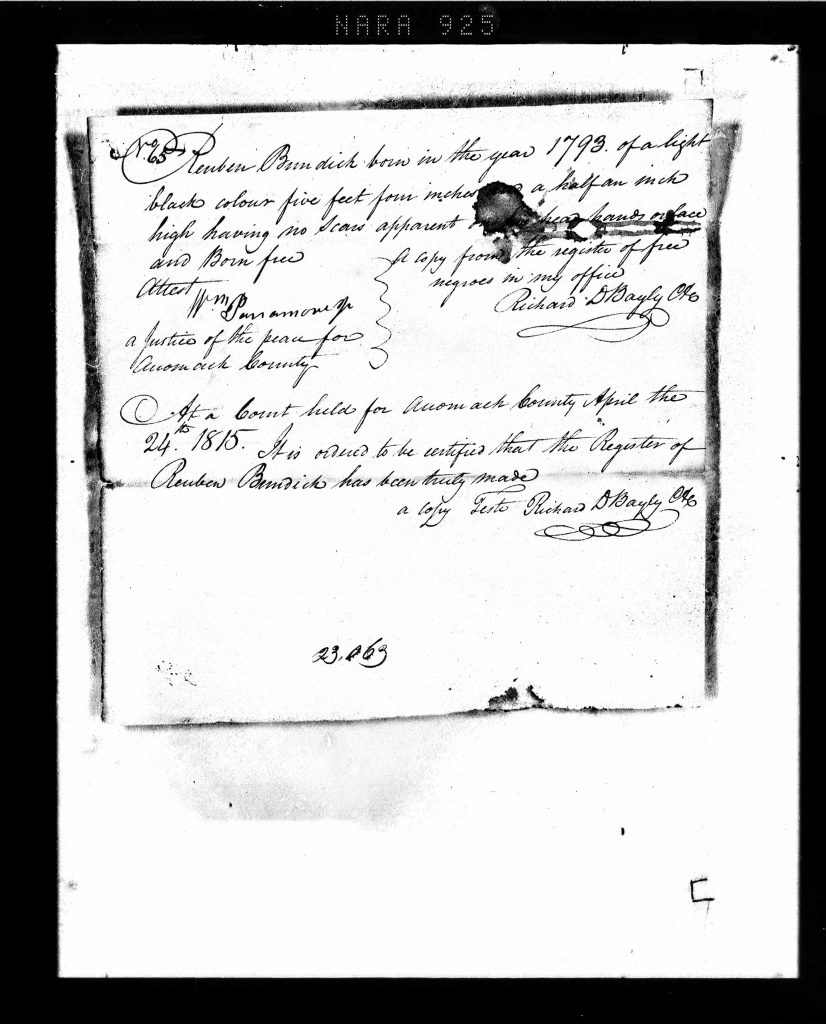 According to the county’s Free Negro Register, found in the Library of Virginia’s west reading room on Accomack County microfilm reel 316, entry #65, Reuben Bundick was born free in 1793. He again appears in the U.S., Atlantic ports, Seamen’s Port Certificates, 1792-1869, on Ancestry.com (originals at National Archives in Washington, D.C.). According to those records, Bundick entered the port of Philadelphia on 24 April 1815, where he had to provide proof of his citizenship when he entered the port. As documentation, Bundick provided a copy of his freedom certificate issued by the Accomack County court in 1815.

Freedom suits and references to freedom suits were common in Accomack County as was the practice of selling free persons into slavery. To date, there is no proof that Reuben Bundick was given his freedom nor returned to Accomack County.
Perhaps with additional research, Mr. Bundick can discover the story’s outcome.  As it turns out, James Bundick was in Richmond just to do research not to attend the AAHGS conference, and I just happened to be helping because of the conference. We were lucky to meet and able to share such a remarkable personal story.