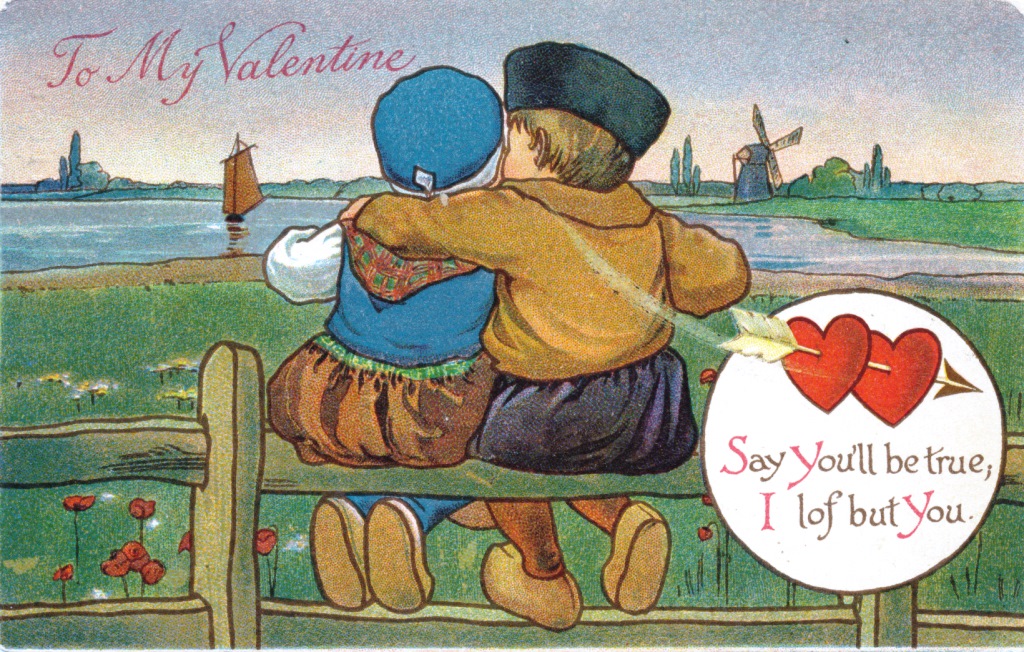 Happy Valentine’s Day to our Out of the Box readers! Valentine’s Day is perhaps the most critiqued of any holiday for being “made-up,” but as a celebration of romantic love it dates back to the 14th century. Mass-produced valentines became increasingly popular during the late 19th and early 20th centuries, coinciding with another trend—humorous postcards portraying Dutch and German immigrants. HA! Weren’t expecting that, were you?
These postcards played on turn-of-the-century stereotypes about German culture and speech, and although the valentines displayed below seem to have been created in fun, other examples were more negative, reflecting native-born Americans fears about waves of new immigrants as threats to American values and jobs. 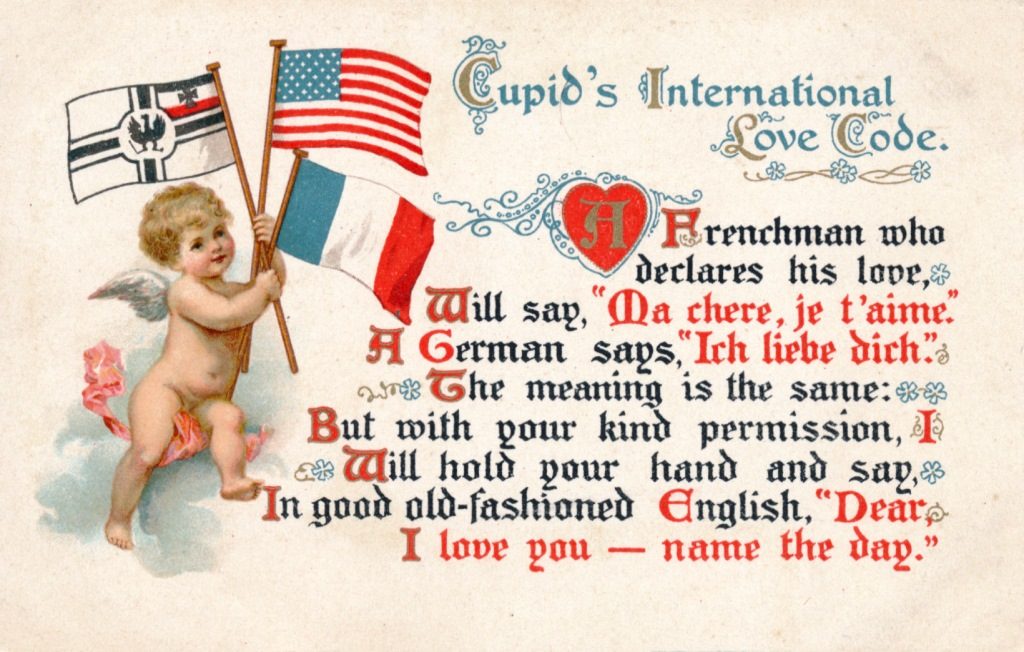 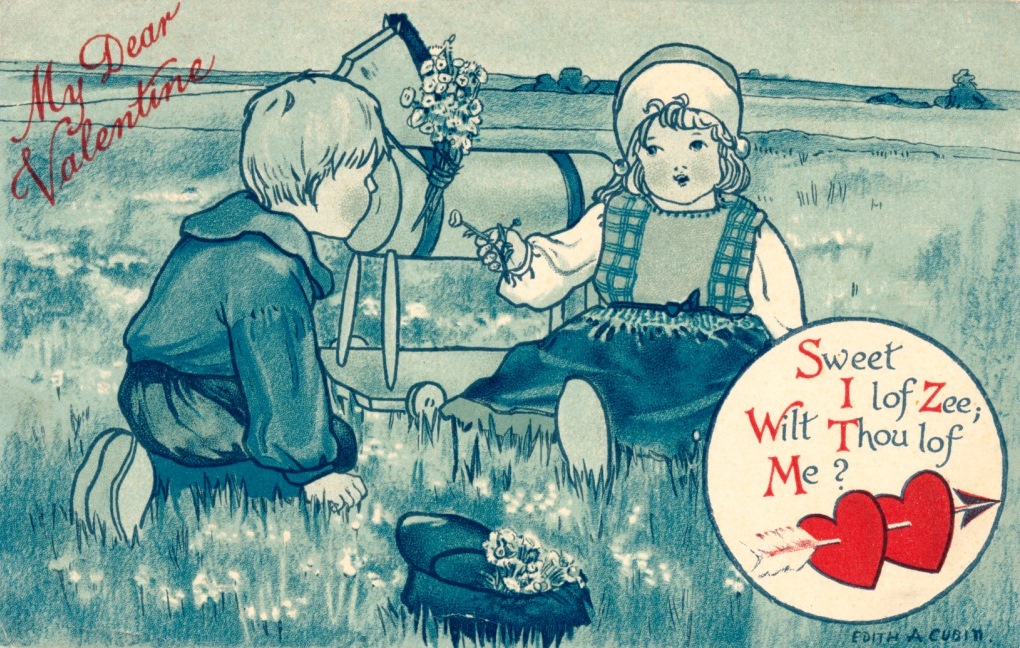 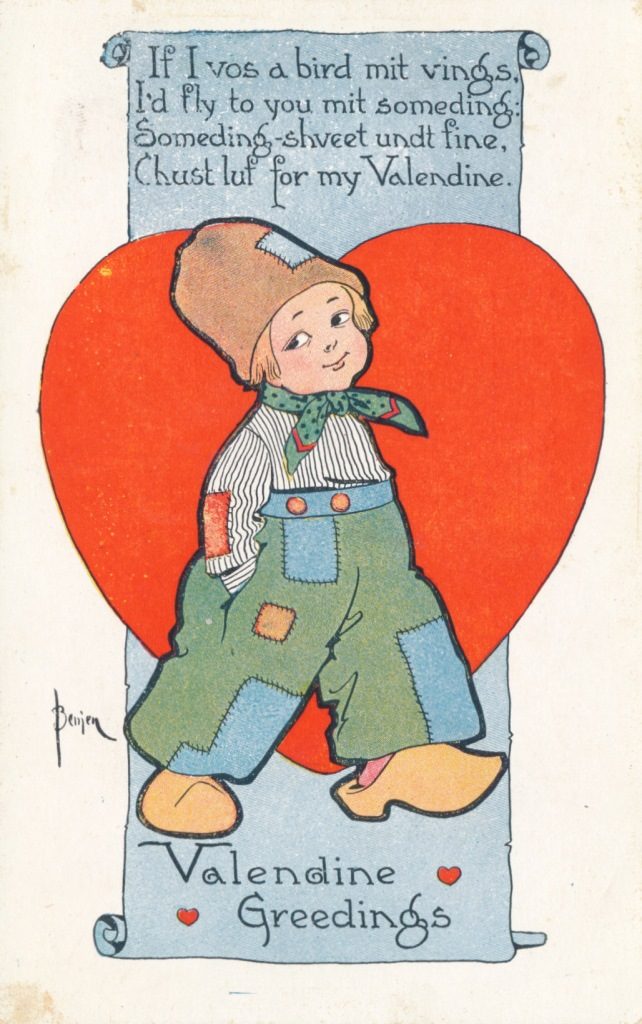 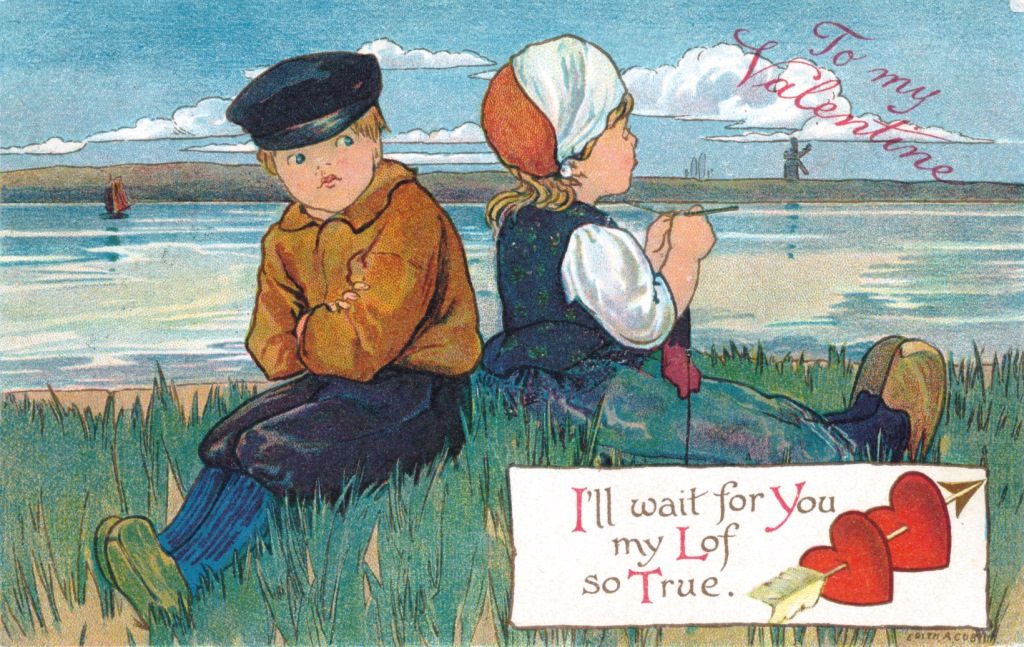 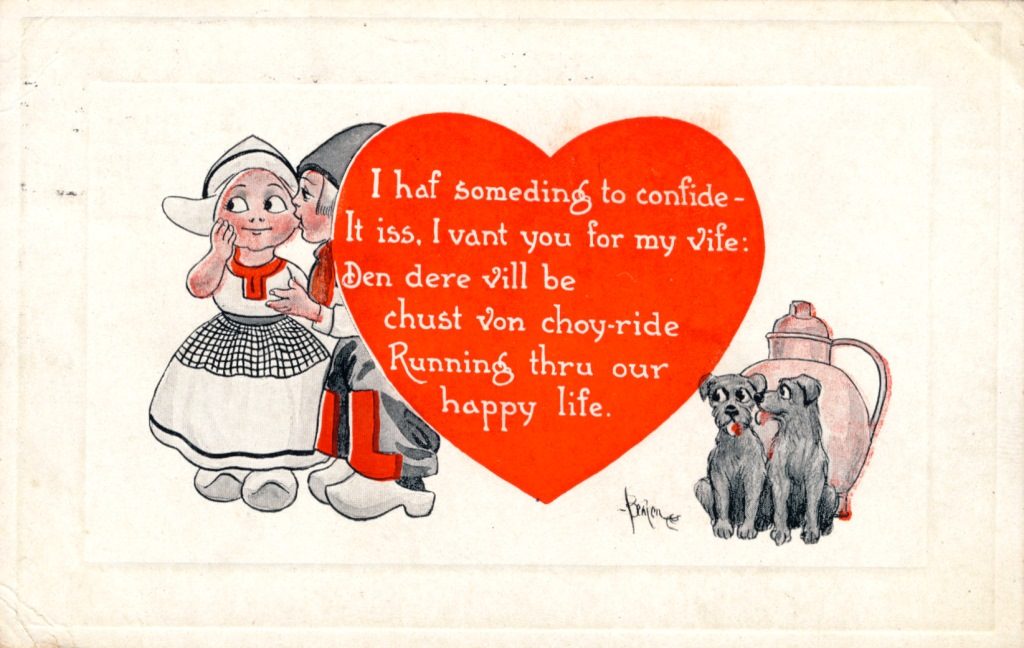 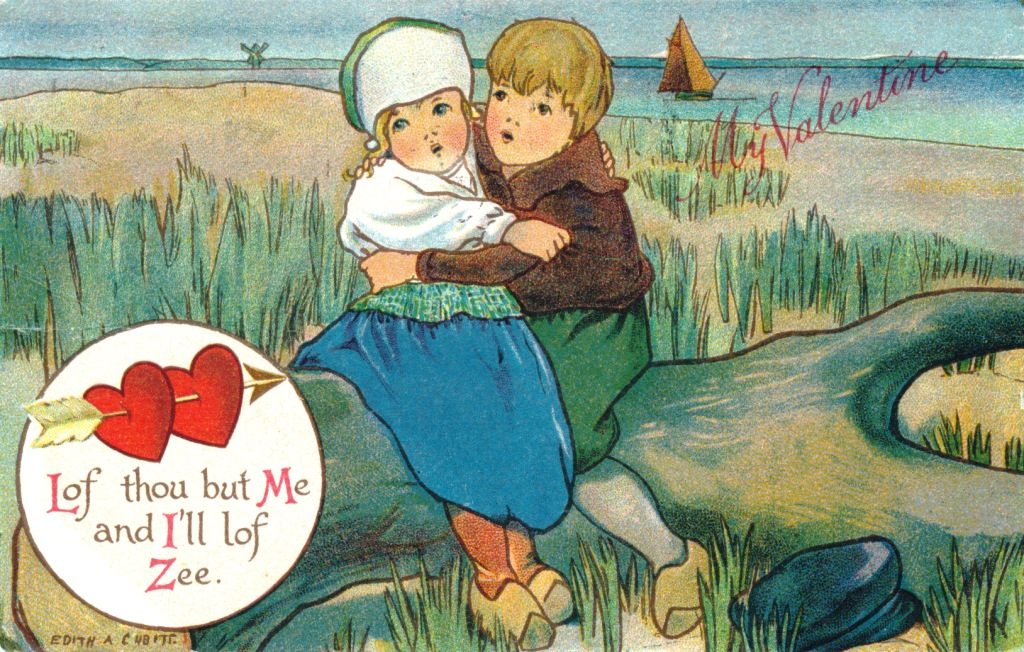 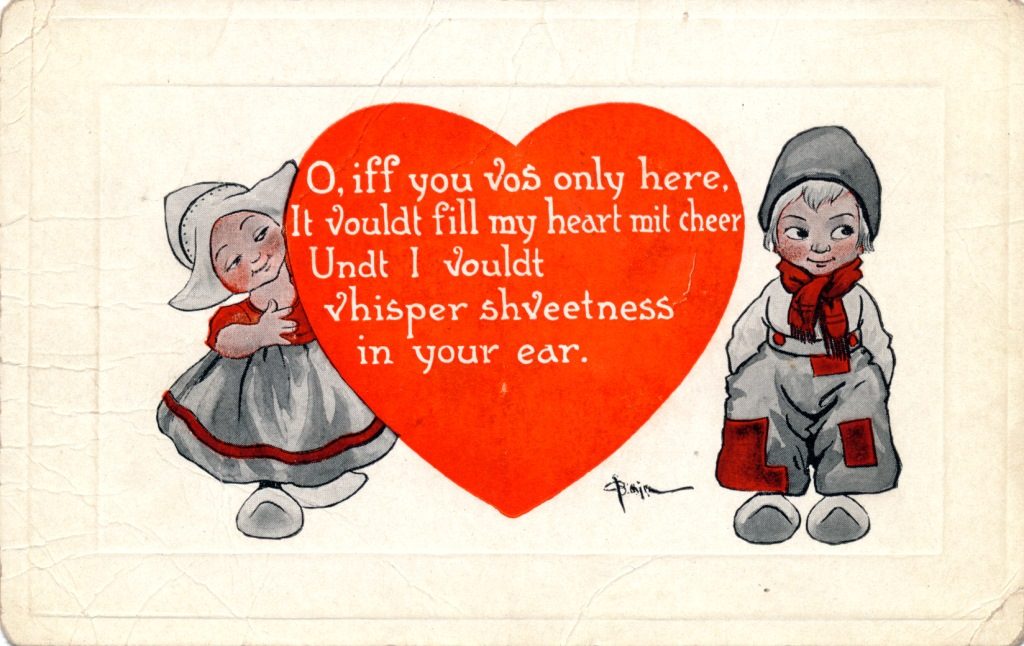 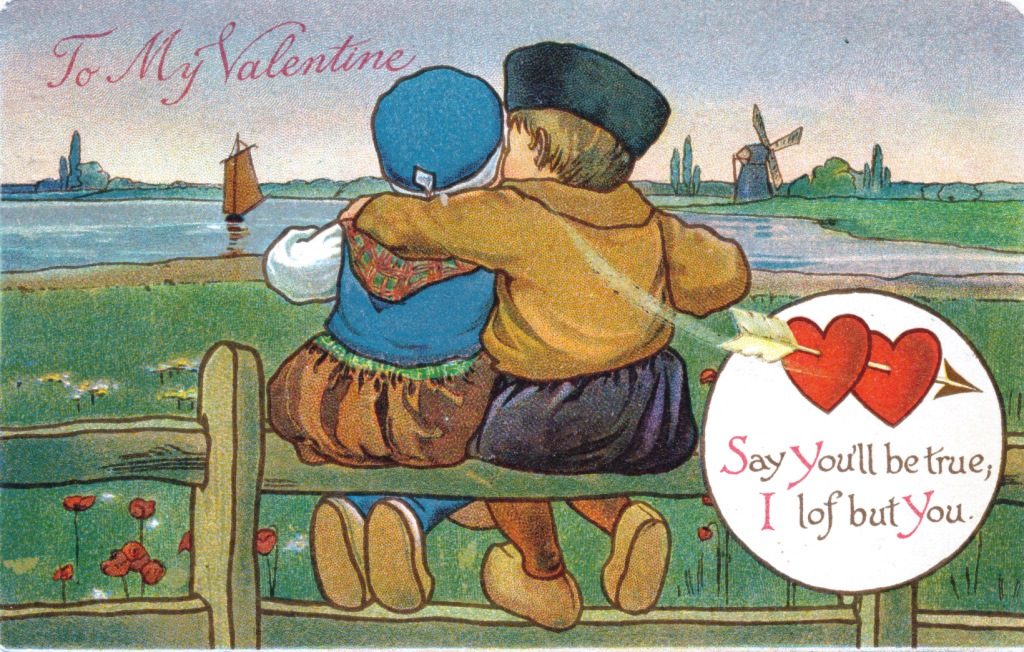 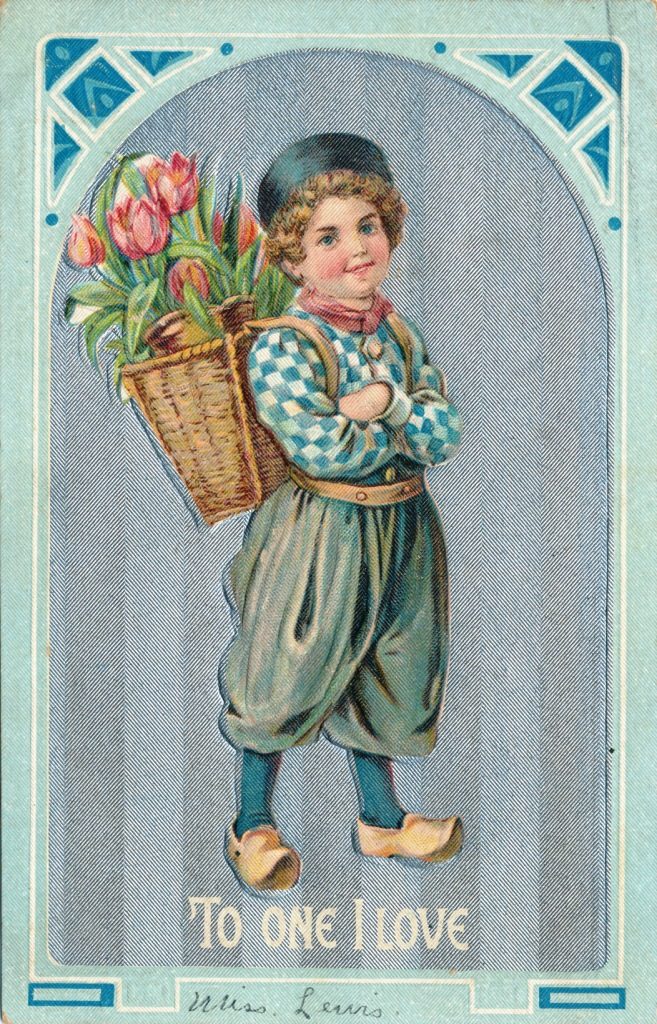 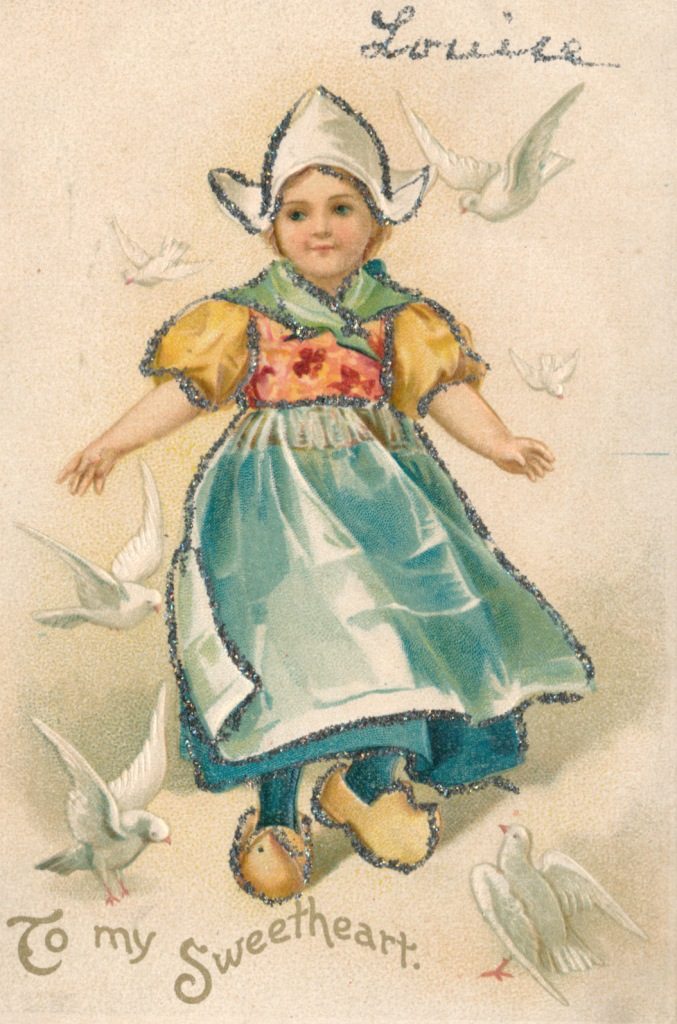 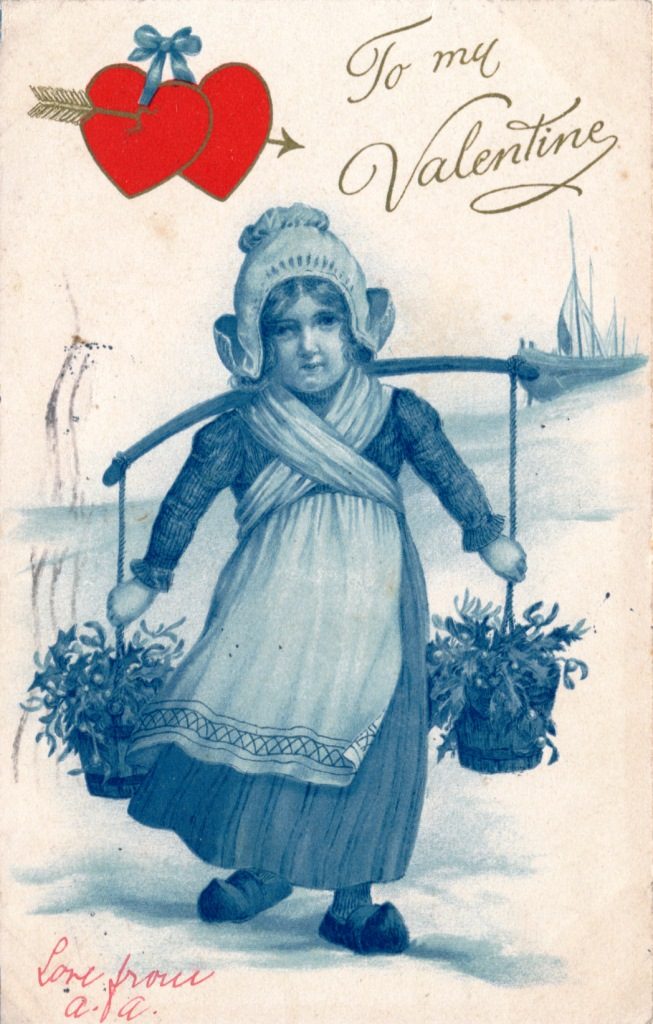 To see more examples of Vintage Valentines, check out LOOK WHAT WE GOT, the Library of Virginia’s Tumblr page, which is frequently updated with new additions to the visual studies collection, or take a look at our Vintage Valentines Pinterest board. To learn more about immigrant experience in Virginia, check out the Library’s exhibit New Virginians: 1619-2019 & Beyond, through 7 December 2019.