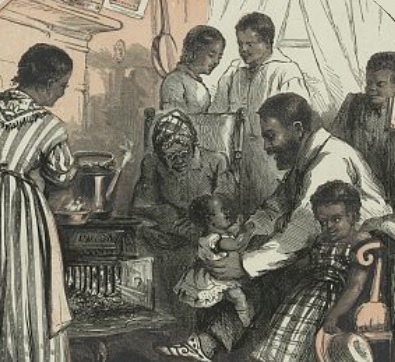 The Virginia Museum of History & Culture (VMHC) and the Library of Virginia are cooperating to provide greater access to African American history and genealogy in Virginia.

In early January of 2019, the VMHC’s Unknown No Longer project (over 500 documents containing nearly 12,000 names) was merged with the Library’s Virginia Untold: The African American Narrative (over 10,000 records with more than 100,000 names), providing researchers with unprecedented access to an expanded collection of resources on the history of enslaved and free African Americans in Virginia. The combined databases are now available through the Virginia Untold web page.

“Providing easier access to these records can help researchers break through the so-called ‘brick wall’ of pre–Civil War African American history,” said Librarian of Virginia Sandra Treadway. “We are excited about this partnership, which can help tell more of these stories.”

VMHC’s president and CEO Jamie O. Bosket touted the partnership by saying, “Joining forces with our friends at the Library of Virginia will make work we’ve done even more accessible and useful. We are proud to contribute to the remembrance of so many people from our past whose names were forgotten for far too long.”

This collaboration makes it possible for researchers to access one site to discover stories like those of Peter Spain and Ann Singleton. Peter Spain was enslaved by Robert Spain of Dinwiddie County. After Robert emancipated Peter, the General Assembly of Virginia passed an act in 1811 permitting Peter and other former enslaved individuals to remain in the commonwealth. After his emancipation, according to U.S. Census records and an 1831 “Free Negro” certificate, Spain moved back and forth between the city of Richmond and Henrico County. He wrote his last will and testament in 1840 in which he emancipated an unnamed woman whom he clearly considered his wife. In the will, Spain strikes through the words “wife,” because, according to Virginia law, enslaved people could not legally marry one another or free persons of color. His will also directs that his sisters, Biddy and Hester, free women of color, divide his estate. Spain also bequeaths a portion to John Finney, a free young man who lived with Spain and his friend. Peter Spain lived at least another ten years after he wrote his will. A search of the 1850 U.S. Census finds a 90-year-old Peter Spain living in Richmond, which suggests that Spain received his freedom around age 50. The census also records a person living with Peter named Judy Spain, age 58, who could be either his wife, a daughter, or another relative.

Another story found in the database records involves Ann Singleton, an enslaved woman considered the property of Samuel Jones, who lived in Richmond. Jones provided Ann with a slave pass in 1858 giving her permission to travel from his room on Richmond’s Bank Street to his “rented home in the valley until 9 O’clock to night.” In March 1860, Jones filed a deed of emancipation in the Hustings Court of Richmond that granted Ann her freedom. Technically, she could not remain in the commonwealth more than a year after her emancipation; however, enforcement of that law varied considerably. Ann continued to reside in Richmond as a free person for two years after the legal deadline for her removal had passed. For reasons that are unclear, it was necessary for Ann to file an application to remain in the Commonwealth with the Richmond Hustings Court on 14 September 1863. Four days later, the court refused to grant her application. The reason for the refusal was that her former owner, Samuel Jones, was required to present her application to the court, rather than Ann herself. According to an affidavit given by Richard Davenport Sanxay, who knew both parties, Jones was serving in the Confederate army at the time and therefore could not file the application on Ann’s behalf. Jones asked the city’s police officers “not to interfere” with Ann until he had returned from the army and filed the application. The outcome of Ann’s story has not been discovered. Thus far, known records do not indicate whether Jones returned and filed an application on Ann’s behalf, whether authorities forced Ann to leave the commonwealth, or whether she was re-enslaved as punishment for violating the law. 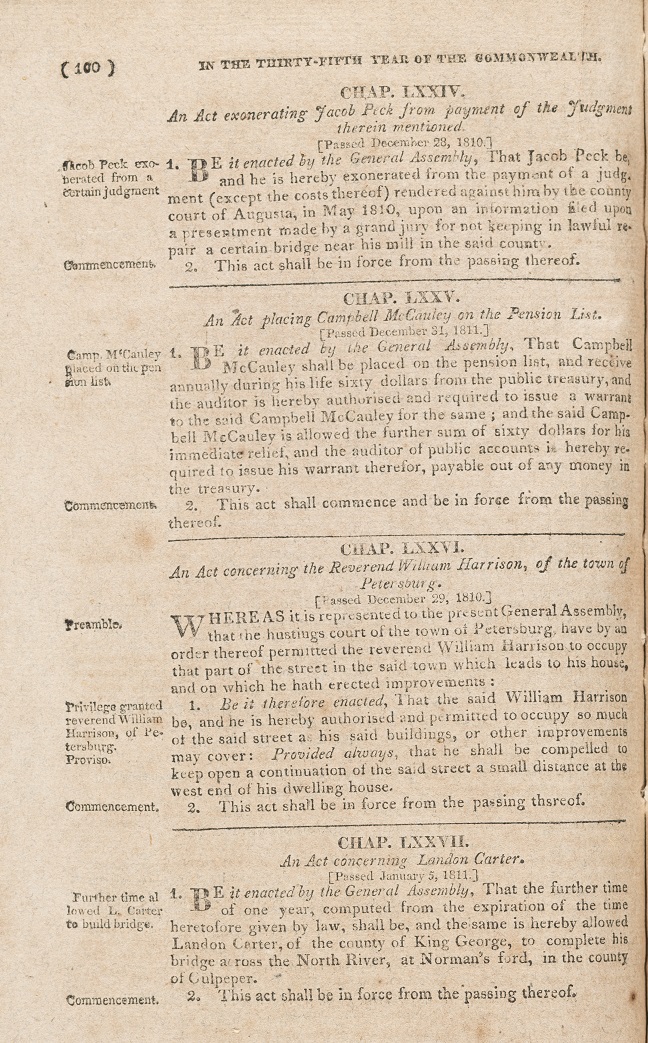 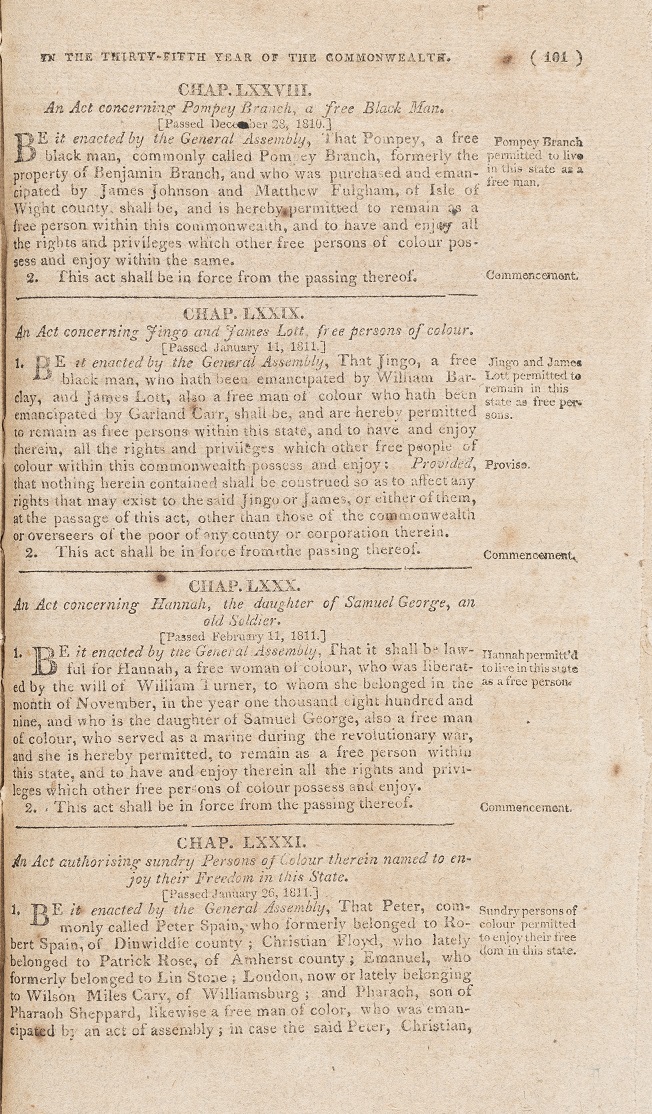 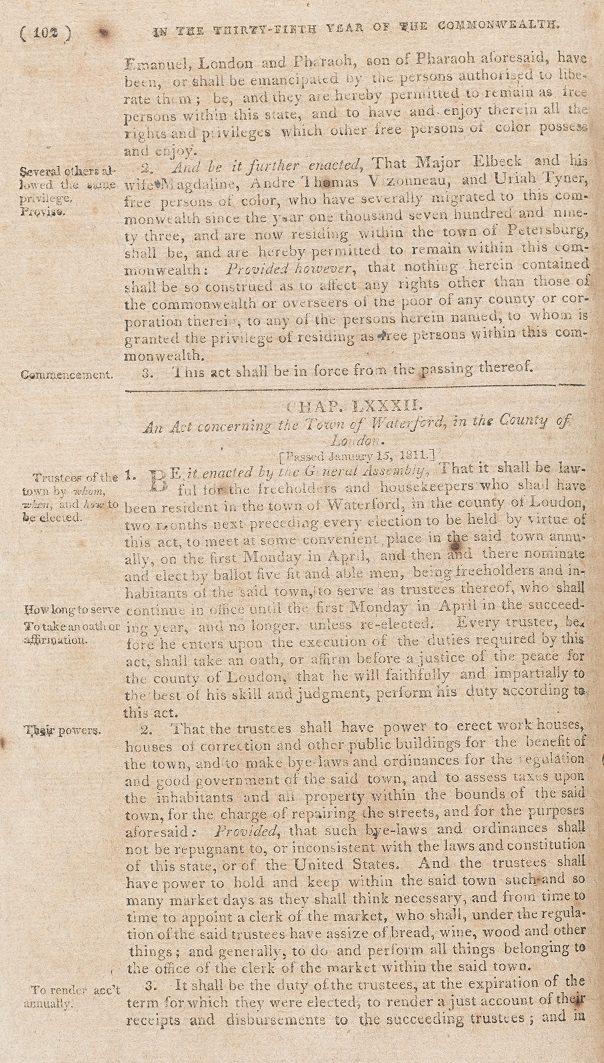 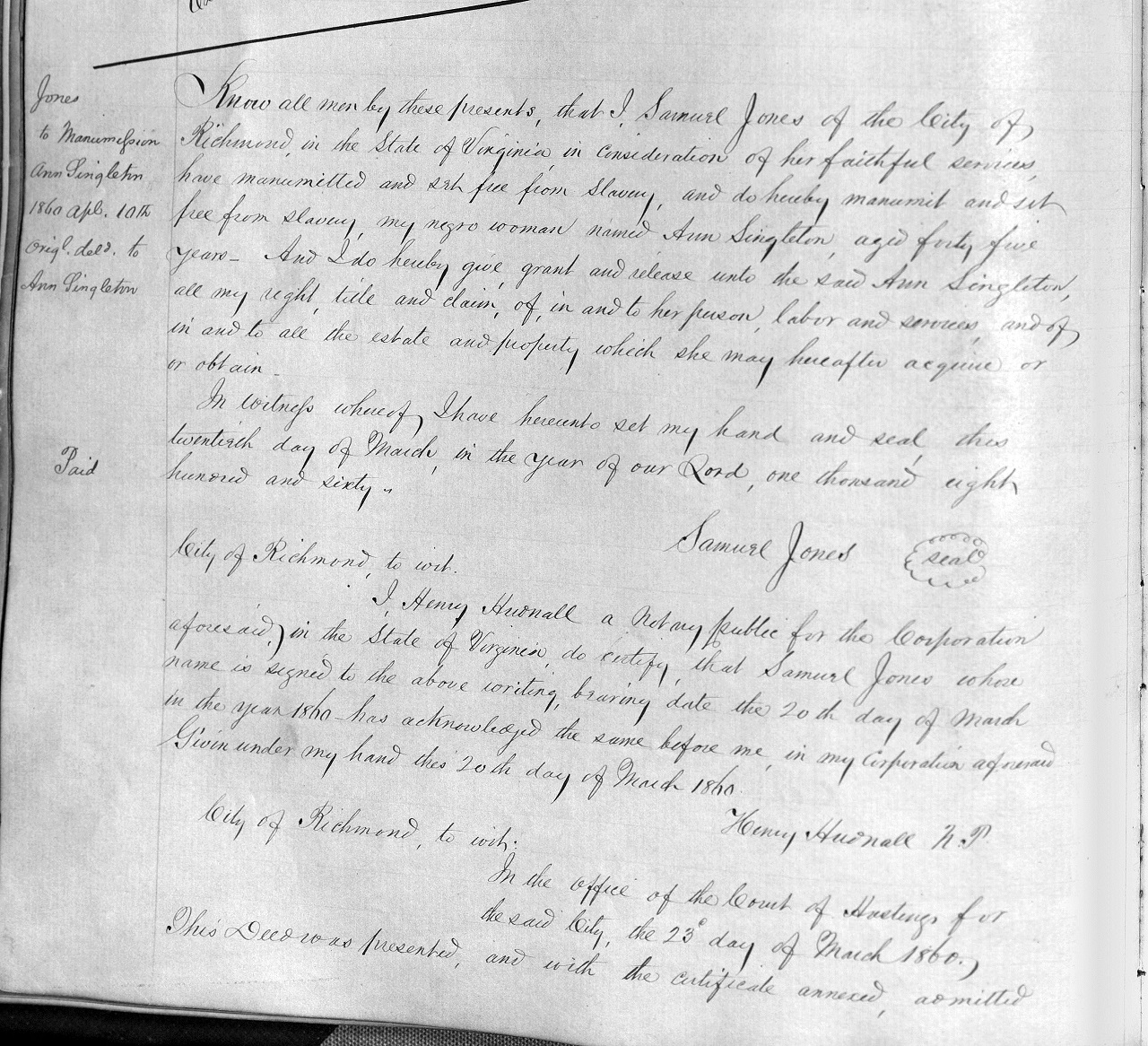 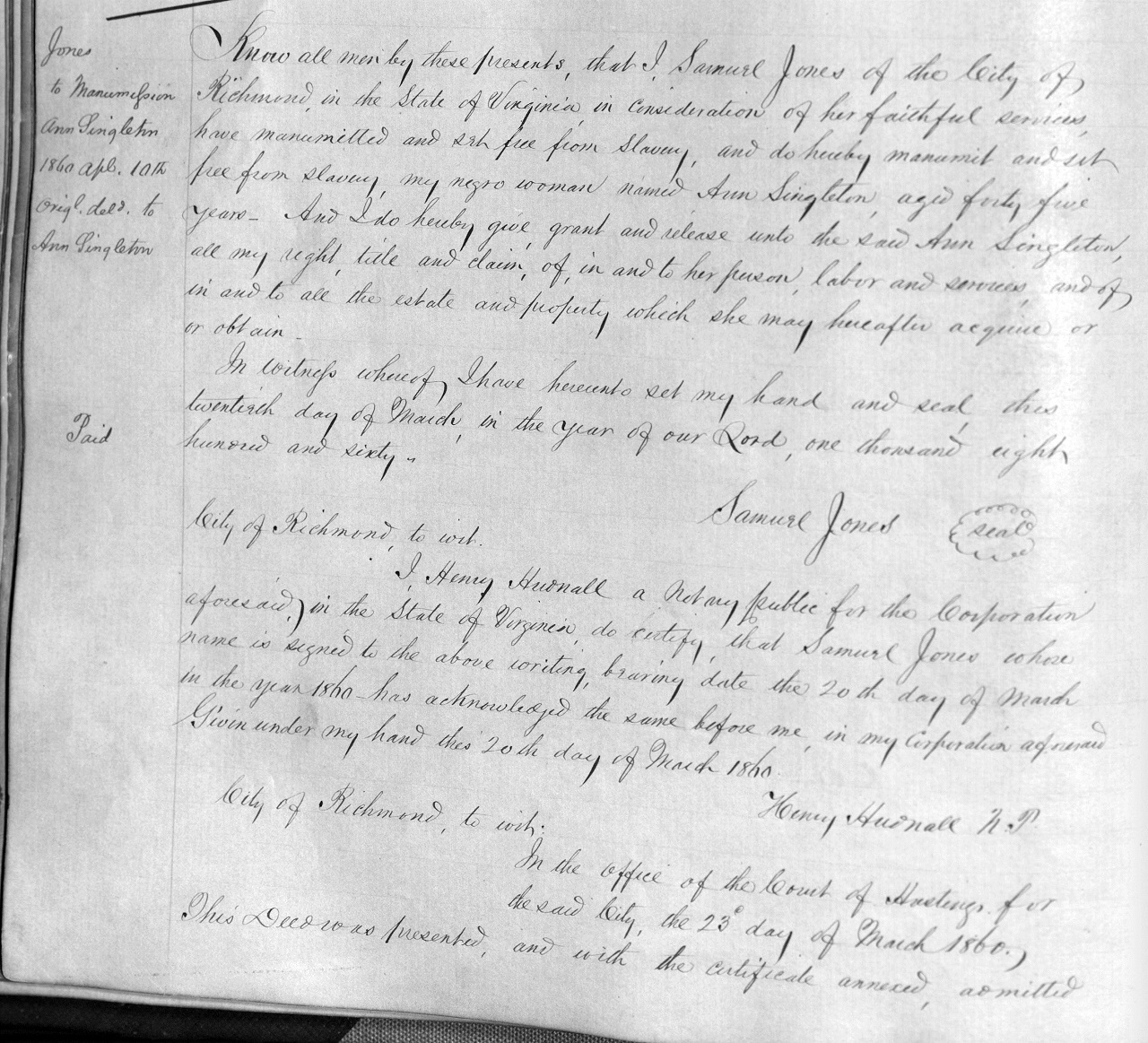 The narratives of Peter Spain and Ann Singleton illustrate how records from VMHC and the Library of Virginia provide a more complete account of the lives of enslaved and free African Americans. Furthermore, the discovery of their records in the combined databases prompted searches of other resources such as the Acts of Assembly, City of Richmond Deed Books, and the U.S. Census to find more information about these individuals. With thousands of searchable records on one site, researchers have greater accessibility to previously unknown people whose stories have gone untold for too long. 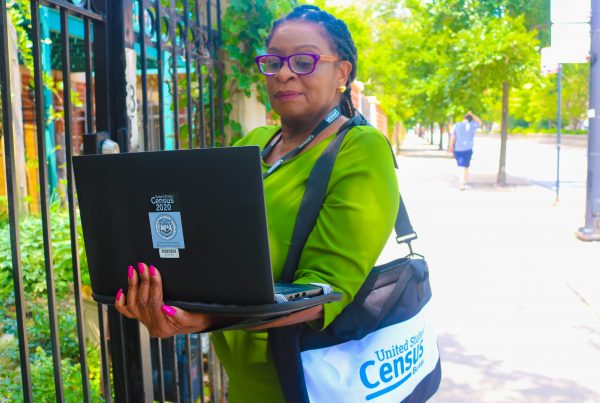 It’s Not History, Yet 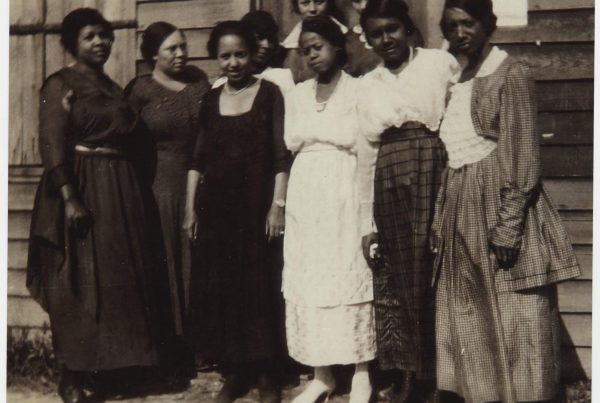 “Let Our Vote Be Cast:” African American Women and the Suffrage Movement in Virginia