A Few of Our Favorite Things: Letterhead in the Archives, Great Seal Edition

The design of the Seal of the Commonwealth of Virginia was adopted by the Virginia Convention on 5 July 1776, based on the work of a committee including George Mason, George Wythe, Richard Henry Lee, and Robert Carter Nicholas. Their design emphasized themes of civic virtue based on ancient Roman mythology, but it was not cast properly and over the years numerous variations sprang up. In 1930 a committee was formed, including the current Librarian of Virginia Dr. H. R. McIlwaine, to look into the situation and establish an official version of the great seal. As part of the work for that committee, McIlwaine collected a series of letterheads with variations of the Virginia seal on them. They differed wildly in their portrayal of the Roman goddess Virtus, the defeated tyrant, and even the background of the scene. The original text on letterheads by Vince Brooks is included here for context.

Office of the Treasurer

Department of Agriculture and Immigration

Office of the Lieutenant Governor

Bureau of Labor and Industrial Statistics

The County of Lancaster

Department of Agriculture and Immigration 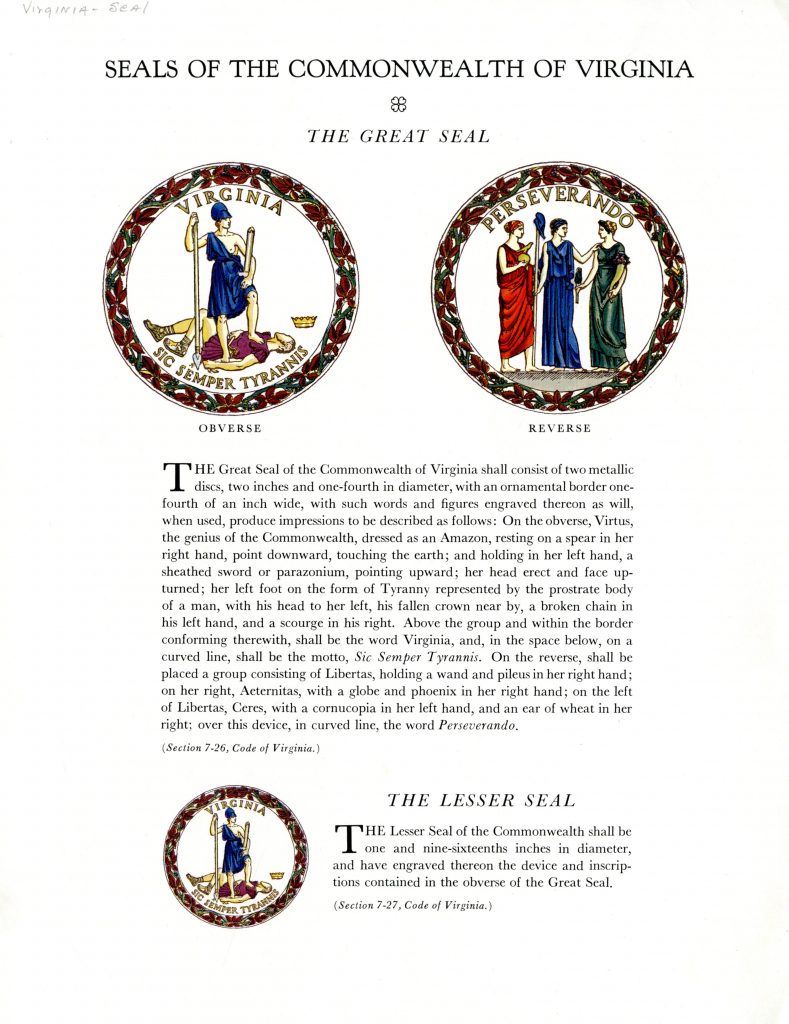 Seals of the Commonwealth

If you’d like to see more letterhead now, check out the Library’s historypin.