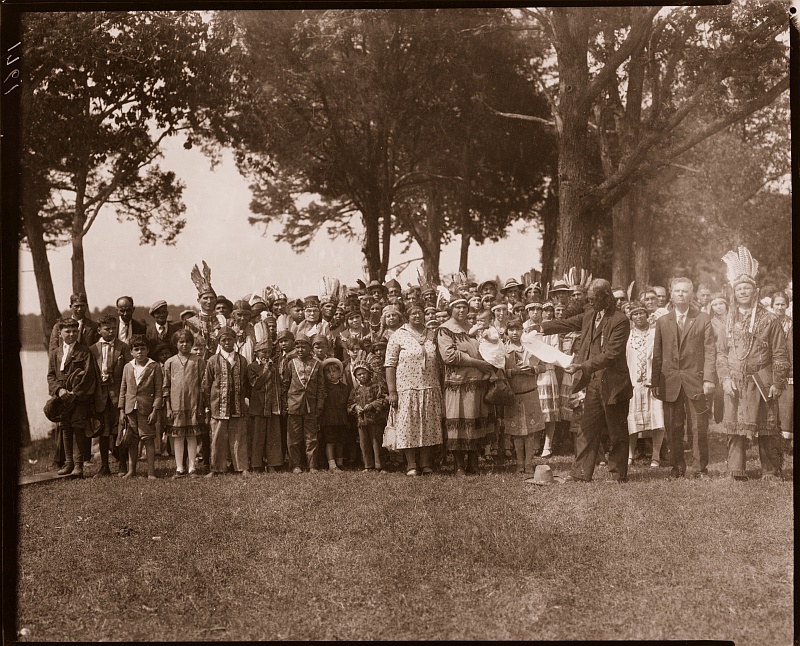 This blog post is being written on the lands of Virginia’s Indigenous people, Cheroenhaka (Nottoway), Chickahominy, East Chickahominy, Mattaponi, Monacan, Nansemond, Nottoway, Pamunkey, Patawomeck, Upper Mattaponi, and Rappahannock tribes. It is important to acknowledge that the Library of Virginia rests on the land that belongs to Indigenous peoples, specifically the ancestral lands of the Powhatan. To learn more information about the Powhatan visit: National Park Service’s Chronology of Powhatan Indian Activity, Virginia Indian Digital Archive, and Encyclopedia Virginia. To learn what land you reside on, visit Native Land Digital.1

CONTENT WARNING: Materials in the Library of Virginia’s collections contain historical terms, phrases, and images that are offensive to modern readers. These include demeaning and dehumanizing references to race, ethnicity, and nationality; enslaved or free status; physical and mental ability; religion; sex; and sexual orientation and gender identity.

Because some Indigenous peoples had paid taxes, given up tribal affiliations, and lived within the boundaries of the United States, they believed that they could partake in their civic duty of voting. However, John Elk of Omaha learned this was not the case. In 1884, the U.S. Supreme Court ruled in Elk v. Wilkins that

the alien and dependent condition of the members of the Indian tribes could not be put off at their own will without the action or assent of the United States. They were never deemed citizens of the United States, except under explicit provision of treaty or statute to that effect, either declaring a certain tribe, or such member of it as chose to remain behind on the removal of the tribe westward, to be citizens, or authorizing individuals of particular tubes to become citizens on application to a court to the United States for naturalization and satisfactory proof of fitness for civilized life.3

This decision struck a blow to Indigenous peoples and added to the many injustices they experienced at the hands of the United States government.

It was not until 1924, when President Calvin Coolidge signed into law the Indian Citizenship Act, that Indigenous peoples throughout the United States gained official citizenship and voting rights.4 The act stated “that all non-citizen Indians born within the territorial limits of the United States be, and they are hereby, declared to be citizens of the United States.”5 While this act provided legal recognition to thousands of Indigenous peoples, it was only the first step to achieving the inalienable rights proclaimed in the Declaration of Independence and enshrined in the Constitution. 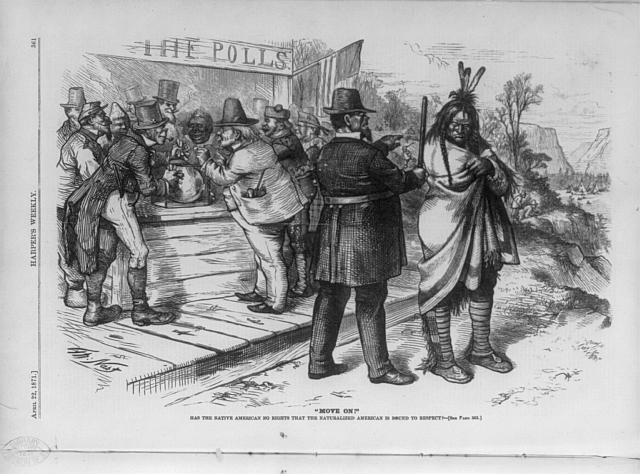 During the Jim Crow era, state legislatures throughout the South enacted laws to limit or disenfranchise Indigenous voters. The tactics included imposing literacy tests, forcing Indigenous people to relinquish tribal affiliations, or requiring them to pay a poll tax for “the three years preceding an election,” prior to voting.6 Indigenous peoples had to decide if they would give up their Indigenous identities to be approved by mainstream America or keep their Indigenous identity and not have their voices recognized. 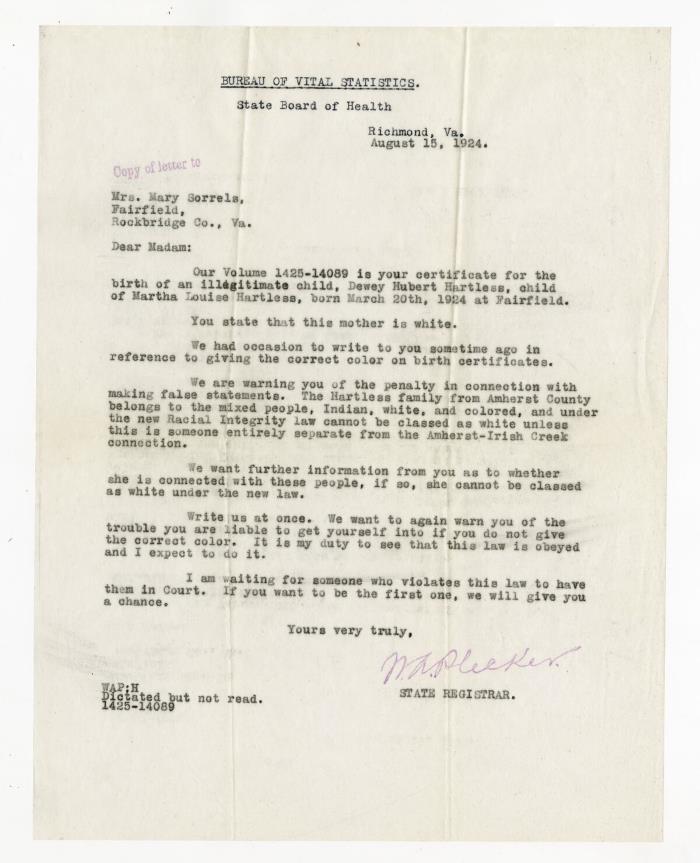 The intimidation tactics used against Indigenous Virginians were taken to an extreme level with the introduction of the Racial Integrity Act of 1924.7 Walter A. Plecker, the first registrar of the Bureau of Vital Statistics, along with members of the Anglo-Saxon Club of America and other concerned citizens, lobbied the General Assembly to pass legislation separating the races in Virginia, the first legislation of its kind.8 Walter Plecker vehemently argued that “there were no Indians in Virginia who were not also descended from African Americans.”9 The General Assembly passed the act expressing that “Every person having one-sixteenth or more of negro blood shall be deemed a colored person.” The new law defined as “white” only people with “no trace whatsoever of any blood other than Caucasian.”10 Thus in the eyes of the state, the entire population of Virginia at that moment was deemed either white or “colored.”

Many Indigenous Virginians passionately spoke out against this new legislation. Pamunkey chief George Major Cook strongly argued that his tribe contained no African American ancestry.11 Chief Cook stated that “The Pamunkeys will never, no never, submit to be classed as negroid. The Pamunkeys are a proud and noble race and rather than submit to a loathsome, humiliating, negroid classification, they would prefer to be banished to the wilds of Siberia, there to be hid from the great spirit sunshine, and let their bodies rot in the mines.”12 While the Pamunkeys vehemently declared that they did not have African American ancestry, the Chickahominy people understood that “their own self-interest lay in establishing institutions separate from those of their black friends and relatives.”13 Many Indigenous Virginians understood that their place in society was largely affected by white supremacy and systemic racism. It was not until 1948 that the Office of Indian Affairs ruled that Indigenous peoples throughout the United States had the right to vote in federal elections.14

Over the course of Virginia history, Indigenous Virginians struggled for years to receive state and federal recognition due to the Jim Crow-era laws and regulations like the Racial Integrity Act of 1924. Not until 1954, after the Office of Indian Affairs gave indigenous peoples the right to vote, did the Commonwealth “acknowledge the Indian’s legal existence and all them to register and vote without having to pay the poll tax, which would have violated their seventeenth-century treaty rights.”15 Today, the Commonwealth of Virginia officially recognizes eleven tribes: Cheroenhaka (Nottoway), Chickahominy, Eastern Chickahominy, Mattaponi, Monacan Nation, Nansemond, Nottoway of Virginia, Pamunkey, Patawomeck, Rappahannock, and Upper Mattaponi.16 Seven tribes have received federal recognition: Chickahominy, Eastern Chickahominy, Monacan, Nansemond, Pamunkey, Rappahannock, and Upper Mattaponi.17 While Indigenous peoples in Virginia have “officially” obtained voting and citizenship rights, there are still a number of barriers hindering their civic duty. While there are many state and federally recognized Indigenous peoples in Virginia, there are still countless numbers of Indigenous peoples that are fighting to be recognized.

Over time, Indigenous peoples and their allies have fought relentlessly to make sure they are given their inalienable rights as citizens of the United States. Physical distance and non-traditional addresses are some of the obstacles still remaining.18 Both litigation and legislation have begun to chip away at these restrictions by placing ballot boxes on reservations and allowing specified proxy addresses, but voter registration still suffers from a lack of accessible sites, lack of internet access, and restrictions on registration hours.19 Absentee, early, mail-in, and in-person voting opportunities remain unequal, while inadequate translation services and voter identification laws continue to present barriers.

During the protests over police brutality and social inequity that followed the killing of George Floyd in May 2020, protesters in Richmond toppled the statue of Christopher Columbus into William Byrd Park.20 During this time of social unrest, many statues erected to honor Christopher Columbus have been toppled, vandalized, or removed.21 Virginia activist Vanessa Bolin, a member of the Richmond Indigenous Society, pointed out the parallel struggles of Indigenous and Black people in America: “This continent is built on the blood and bones of our ancestors, but it is built off the back and the sweat and the tears and the blood and the bones of Africans.”22 The toppling of the statues like Christopher Columbus demonstrates that Indigenous peoples along with their allies will not tolerate the continuation of injustices and systematic oppression.

To recognize past injustices imposed on Indigenous Virginians, the General Assembly passed a resolution during the 400-year anniversary of the founding of Jamestown recognizing “centuries of official and unofficial mistreatment of Virginia’s Indians.”23 Likewise in 2019 the Commonwealth of Virginia dedicated a monument known as the Mantle  on Capitol Square, to honor the accomplishments of Indigenous peoples and the influence they have had, and continue to have, on Virginia.24

-Ashley Ramey with special thanks to Cindy Marks

Check out the rest of this series by clicking on the We Demand: Unfinished Business button below.

[1] For more information on land recognitions and why cultural institutions are acknowledging the land of Indigenous peoples see, nativegov.org/a-guide-to-indigenous-land-acknowledgment/; https://native-land.ca/; https://as.nyu.edu/content/nyu-as/as/research-centers/npf/Land0.html.

[4] 68th Congress of the United States, To Authorize the Secretary of the Interior to issue  certificates of Indians, https://www.archives.gov/files/historical-docs/doc-content/images/indian-citizenship-act-1924.pdf. Content Warning regarding the use of the term “Indian”: Some Congressional records contain terms, phrases and images that may be  offensive to some modern readers. These include demeaning and dehumanizing references to race, ethnicity, nationality; enslaved or free status; physical and mental ability; religion; sex and sexual orientation and gender identity.

[5]  68th Congress of the United States, To Authorize the Secretary of the Interior to Issue certificates of citizenship to Indians.”

[18] Patty Ferguson-Bonhee, “How the Native American Vote Continues to be Suppressed, American Bar Association, https://www.americanbar.org/groups/crsj/publications/human_rights_magazine_home/voting-rights/how-the-native-american-vote-continues-to-be-suppressed/. Jean Schroedel and Melissa Rogers, “What Keeps Native Americans from Voting- and What could change this,” Washington Post, October 18, 2018, https://www.washingtonpost.com/news/monkey-cage/wp/2018/10/18/what-keeps-native-americans-from-voting-and-what-could-change-this/.

[23] Brent Tarter, Virginians and Their Histories, 440. For more information on the 400th anniversary of Jamestown, see the Library of Virginia’s research guide on the records of Jamestown, 2007, 1986-2009. http://ead.lib.virginia.edu/vivaxtf/view?docId=lva/vi01970.xml.

George Major Cook (AT RIGHT), chief of the Pamunkey tribe, presents a document to a gathering of five Virginia Indian tribes on the grounds of a house known as Windsor Shades on the Pamunkey River in King William County in 1928. Photograph from the Virginia State Chamber of Commerce Photograph Collection, Visual Studies Collection. 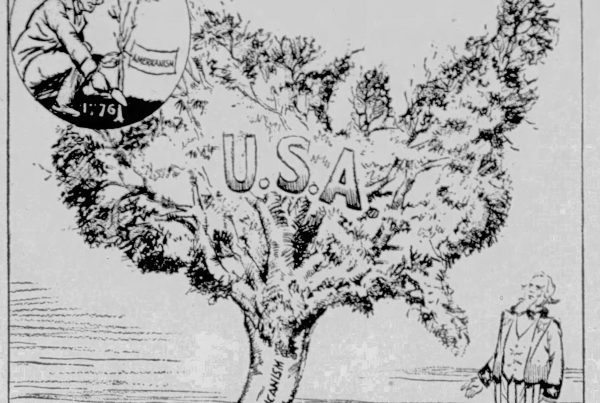 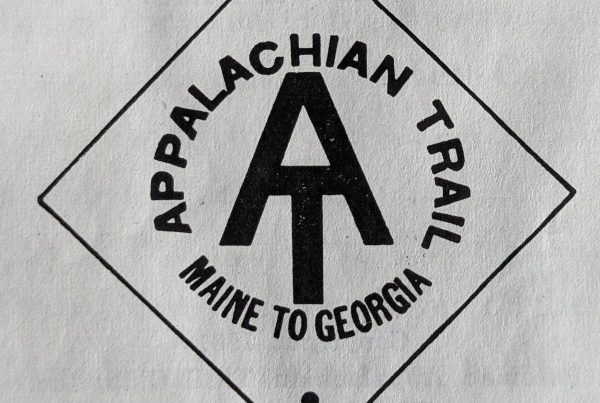