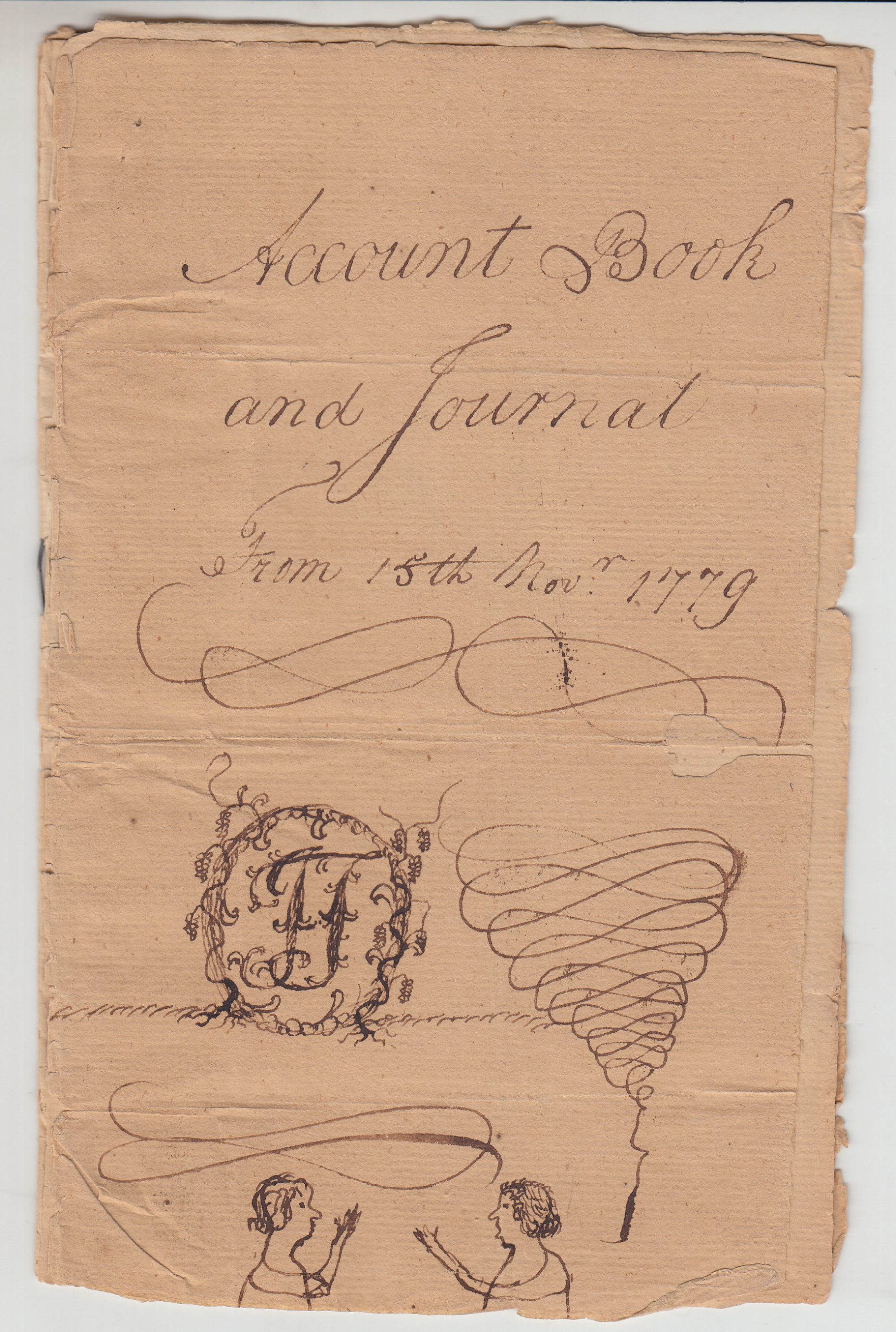 Records of the Revolution: John Todd and the George Rogers Clark Illinois Expedition

As I was creating a finding aid for the Virginia Auditor of Public Accounts – George Rogers Clark Papers, Western Expedition Quartermaster Records, 1778-1784 (LVA Acc. APA 205), I discovered the account book and journal of John Todd, 1779-1780.

John Todd was born 20 March 1750 in Montgomery County, Pennsylvania, to David Todd (1726-1785) and Hannah Owen Todd. He served as adjutant to General Andrew Lewis at the Battle of Point Pleasant, in what is now West Virginia—the only major engagement of Dunmore’s War (1774), a conflict between Virginia colonists and the Shawnee and Mingo American Indian nations living in the Ohio Valley.

Todd settled in what is now Fayette County, Kentucky, in 1776. He represented Kentucky County in the Virginia House of Delegates during the 1777-1778 session. In 1778, he joined George Rogers Clark’s expedition against Kaskaskia and Vincennes, Illinois during the American Revolution. The area, in present day Illinois, had been settled by the French and then became part of the British-controlled Province of Quebec. When Clark’s Virginia militia claimed the territory (which stretched between the Ohio and Mississippi Rivers) after their campaign, it briefly became part of the new Commonwealth of Virginia under the name Illinois County until it was ceded back to the federal government in 1784. 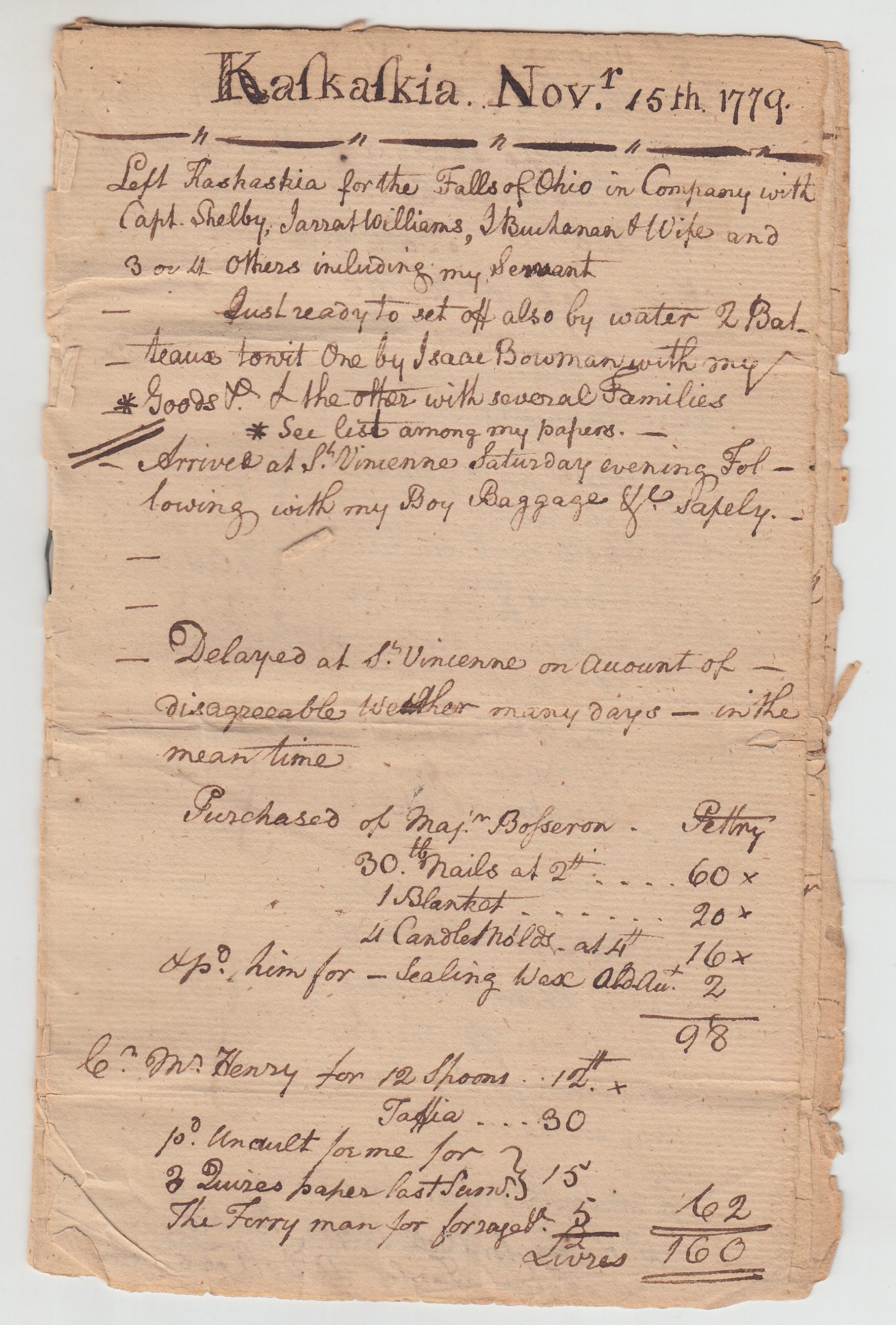 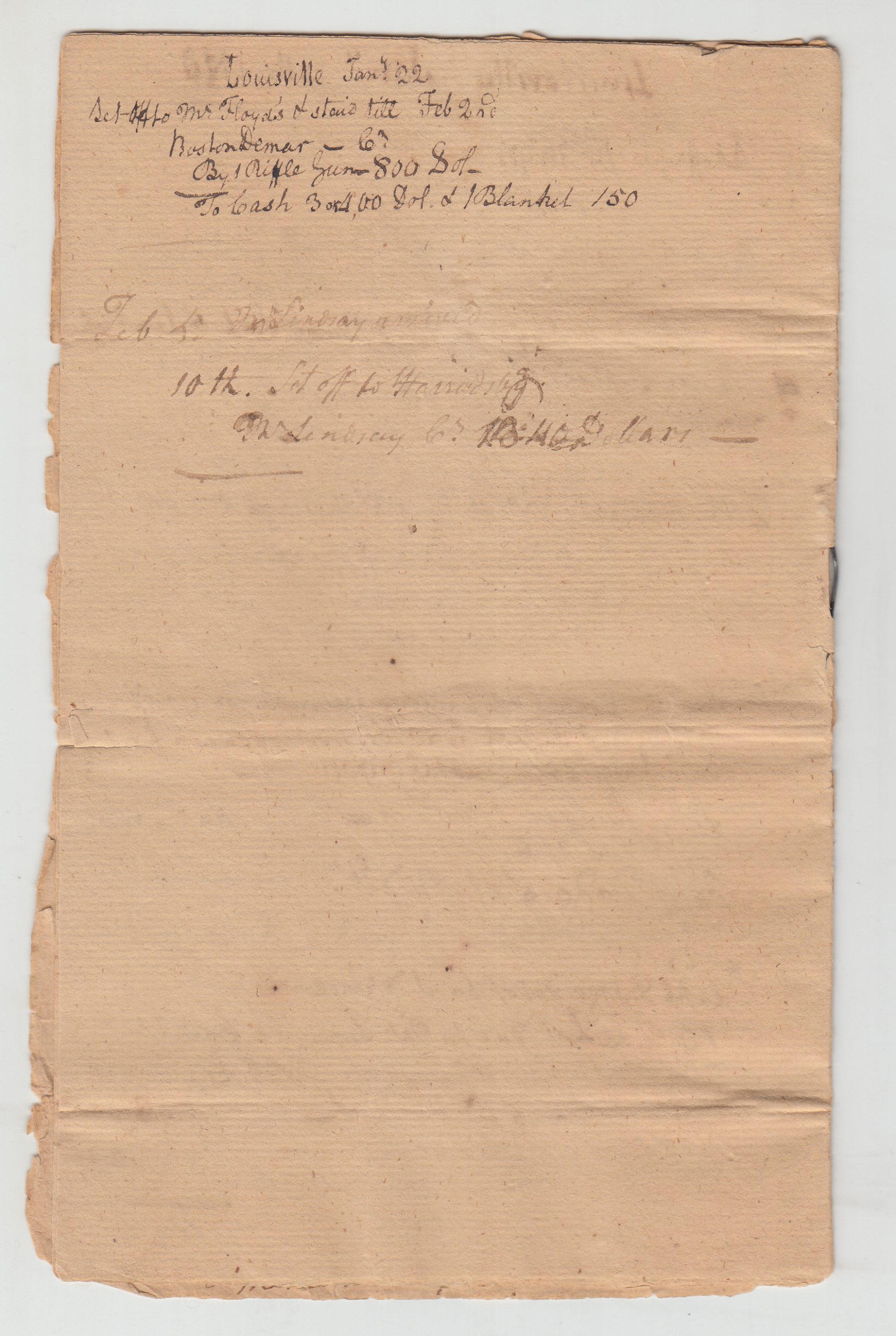 Gov. Patrick Henry appointed Todd as county lieutenant and civil commandant of Illinois County, Virginia, in December 1778, and Todd organized Illinois County’s civil government. However, Todd returned to the House of Delegates as a representative for Kentucky County (a former Virginia county, now part of Kentucky state) during the 1780-1781 session. He procured land grants for public schools and introduced legislation for the emancipation of slaves.

John Todd’s account book and journal, which spans November 1779 to January 1780, recounts his travels from Kaskaskia to the Falls of the Ohio and on to Louisville, noting his travels by boat, items purchased (flints, blankets, spirits, ammunition, linen, salt), and the weather. He also noted the purchase of a house, his receiving of an appointment from the governor, the names of those he stayed and traveled with, and an incident in which some men were killed and taken prisoner by Native Americans. 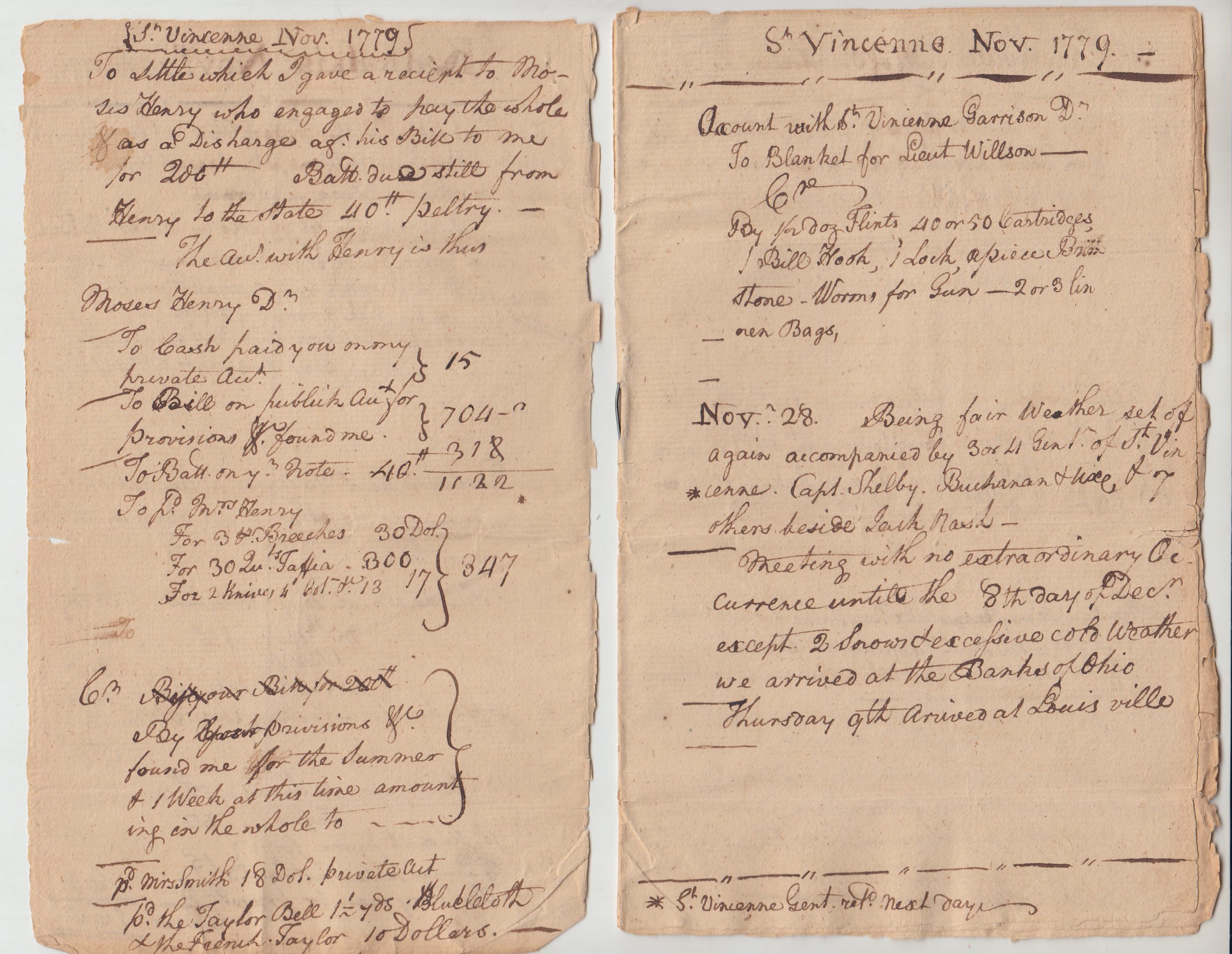 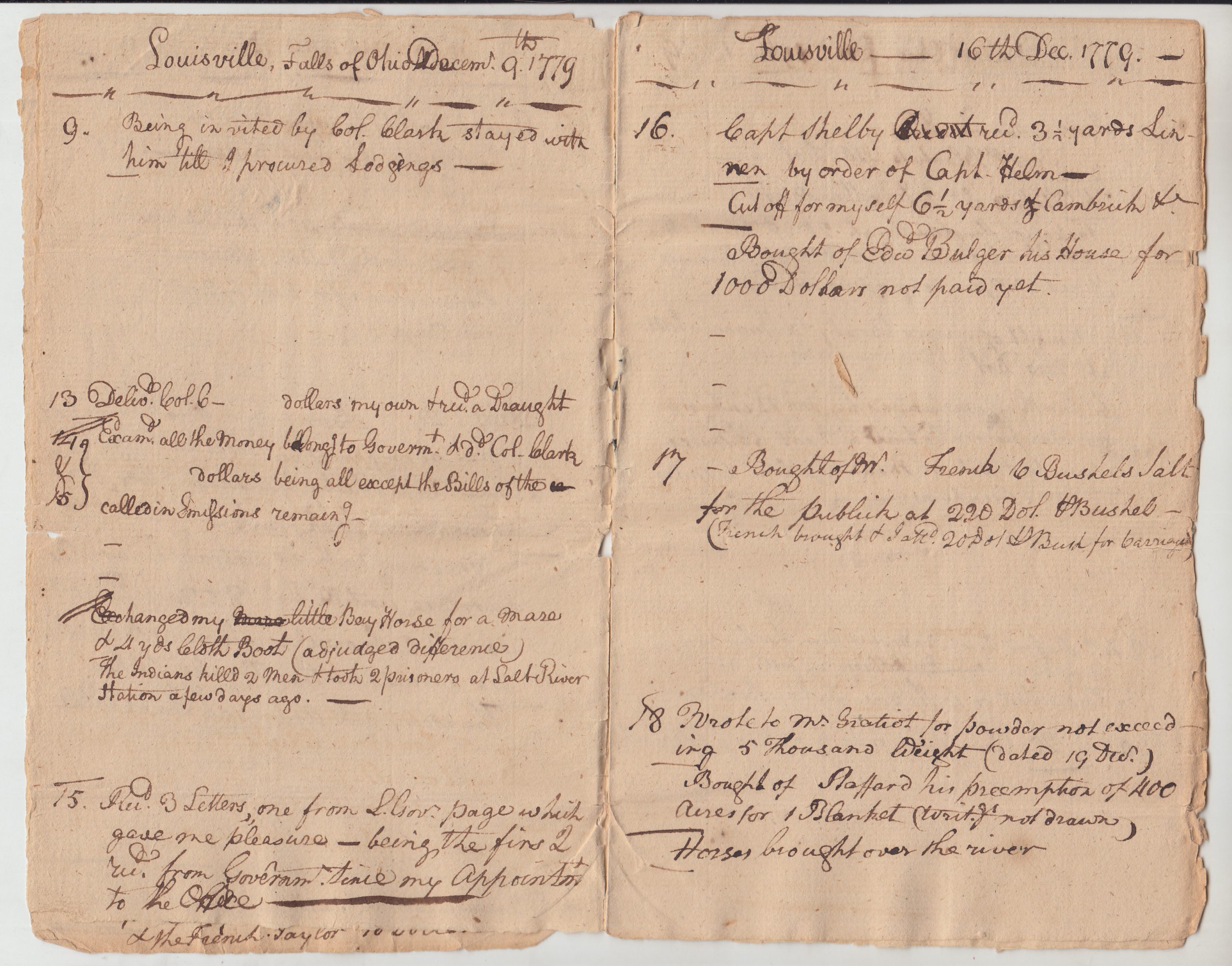 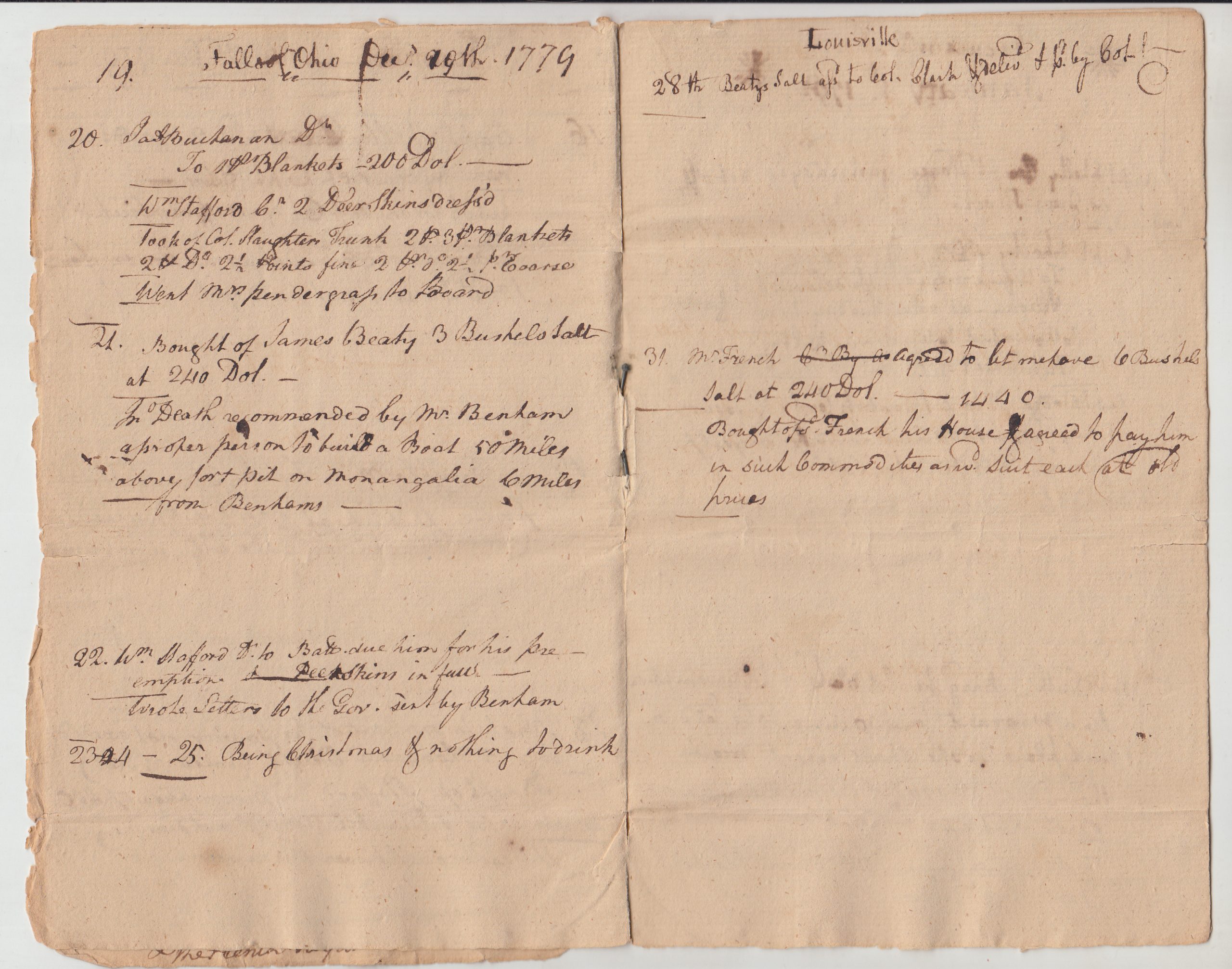 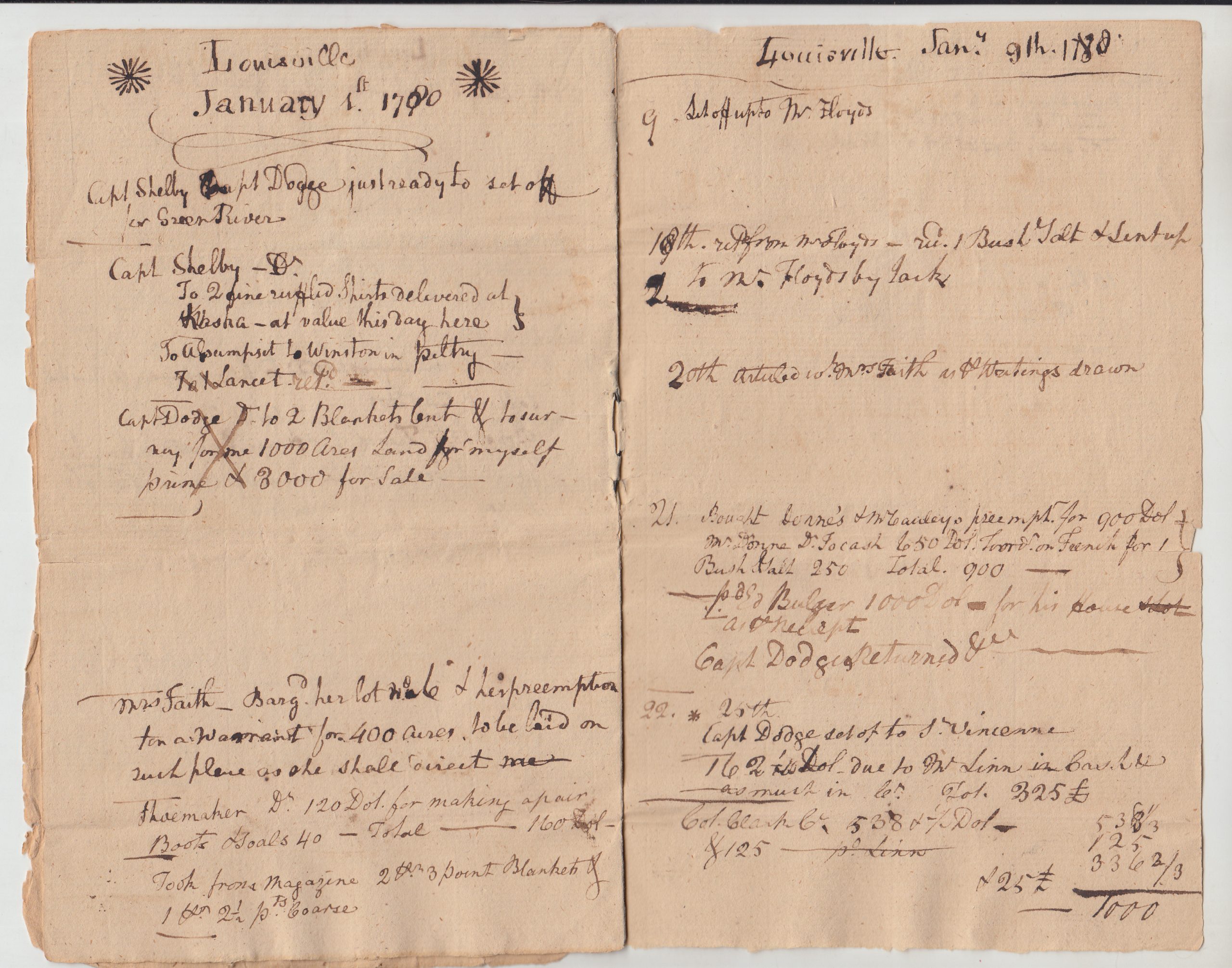 Todd married Jane Hawkins in 1780, and they had at least one child. Also in 1780, he was placed in charge of the militia for the newly created Fayette County (formed out of Kentucky County, now part of present-day Kentucky state), with Daniel Boone serving as his lieutenant colonel. Todd was killed at the Battle of Blue Licks, one of the last battles of the American Revolution, in Kentucky on 19 August 1782, at the young age of 32.

While it is not the most exciting account book, it does cover an important time period in American history. Todd himself accomplished an incredible amount in his short life, interacting with some of the most prominent figures of early American history. This connection to American history continued after his death, as his great-niece, Mary Todd, went on to marry Abraham Lincoln.